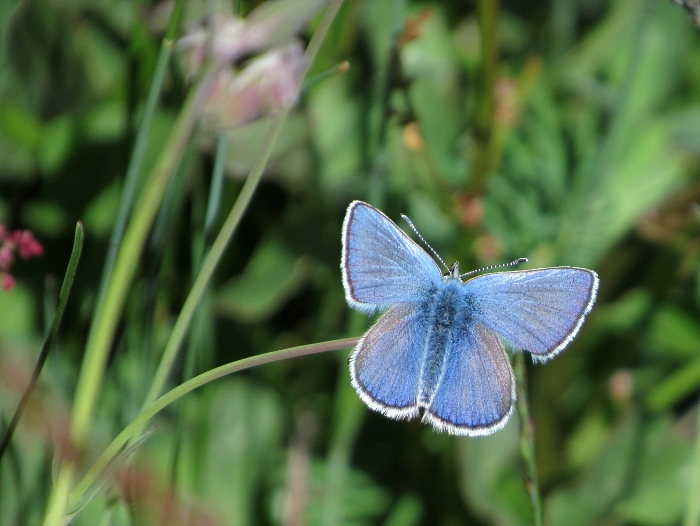 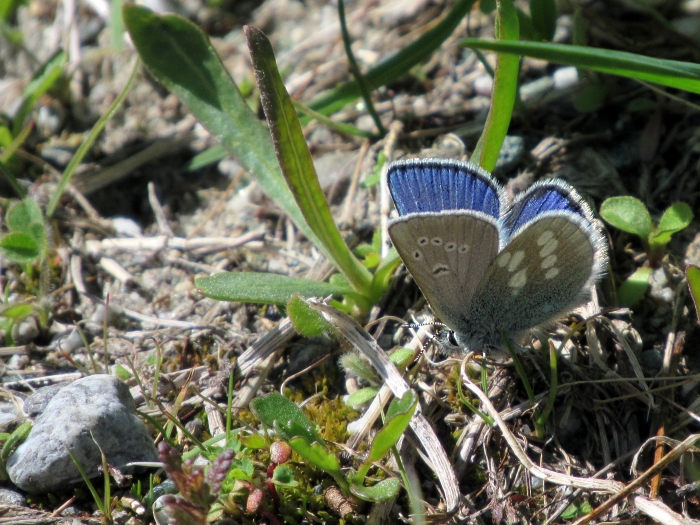 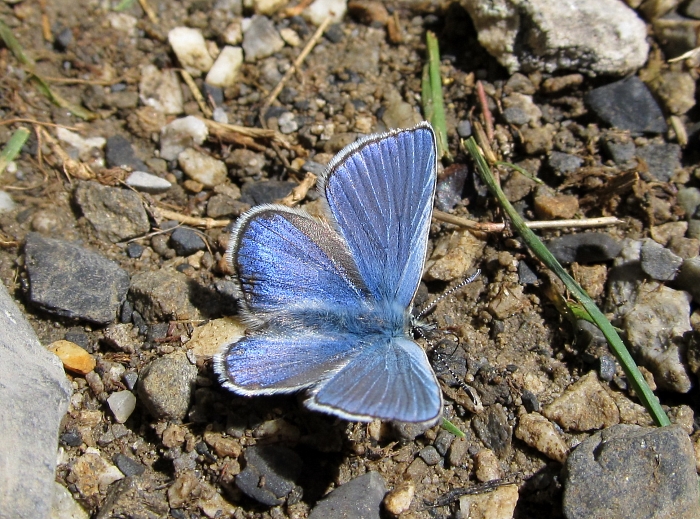 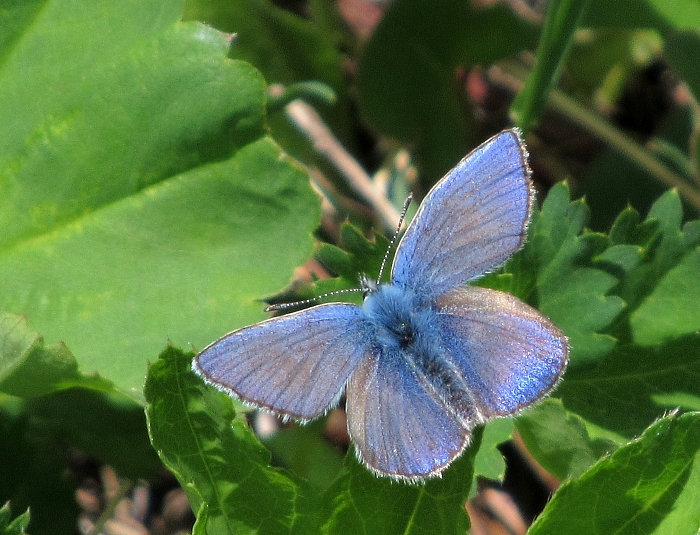 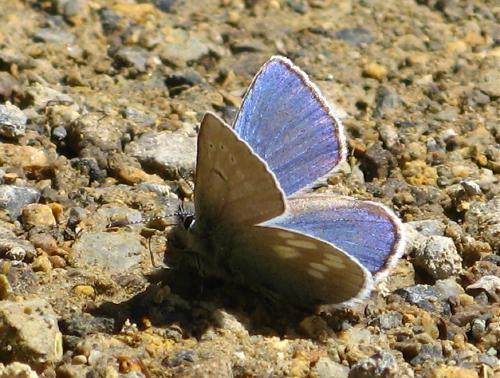 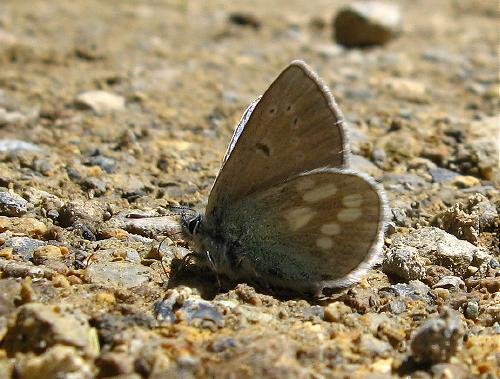 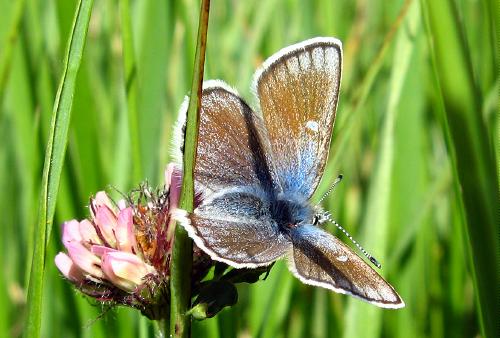 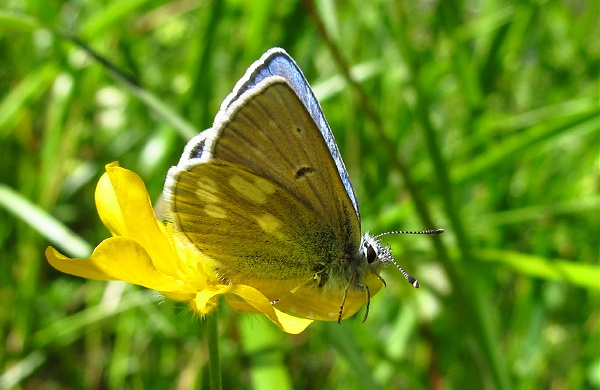 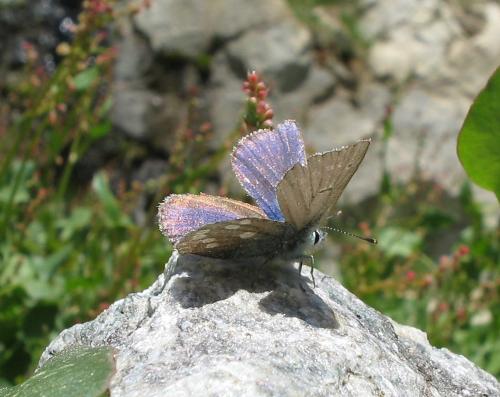 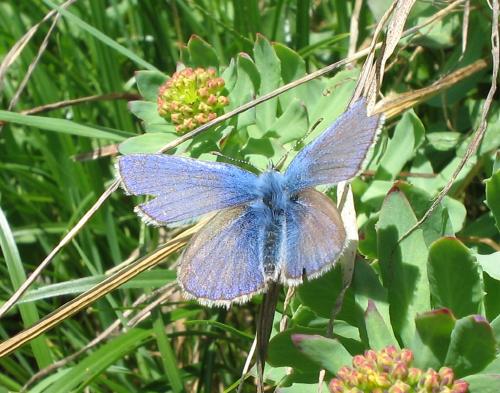 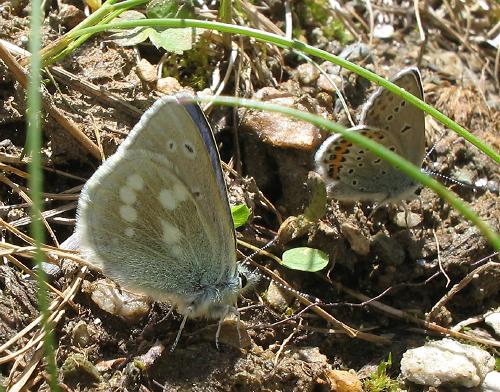 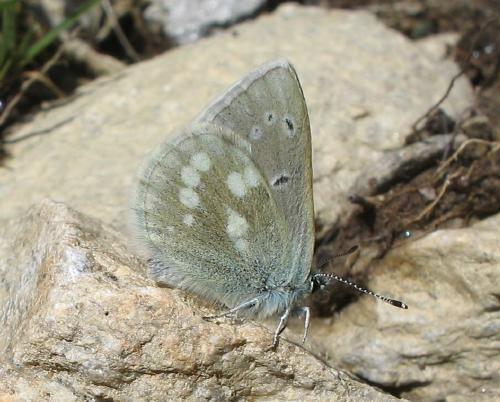 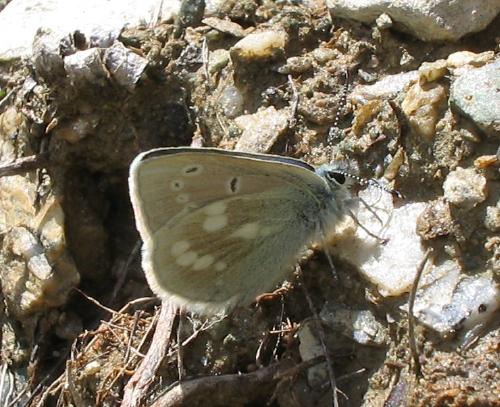 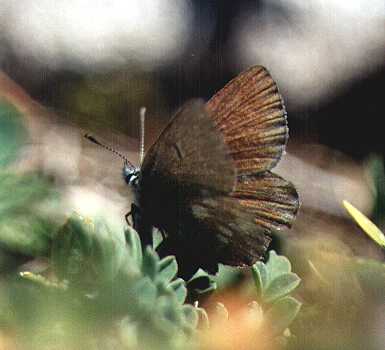 Female, long, long ago, in Switzerland 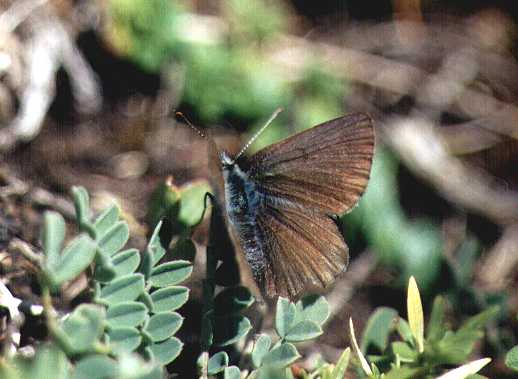 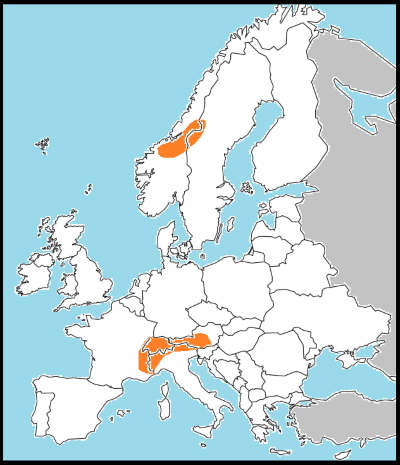 This classic alpine butterfly has a disjunctive distribution, flying in Scandinavia and the Alps - and nowhere in between. In Switzerland, it is relatively common at high altitudes but often overlooked because until the underside is seen it looks very much like any other blue. I usually find it singly, taking minerals on tracks or basking on low greenery beside tracks. Males are seen much more often than females, which seem to spend more of their time among the herbiage. Typical locations are short-cropped, flowery, grassy areas on mountains, often near or on scree, but I know of at least one population in open woodland at about 1300m.

Given a good view of the underside, there is little chance of misidentifying this species. No other species has these large, white blotches on an otherwise unmarked hindwing. The upperside of the male is a particularly shining blue colour, as if someone has polished it up. The female is brown above, but when fresh may have significant areas of silvery blue on the wings, particular towards the apex of the forewings and as a bright cell spot.

In the Alps the butterfly flies in a single brood in July and August - rather earlier in Scandinavia. It hibernates as a small larva near the foodplant, Astragalus alpinus.