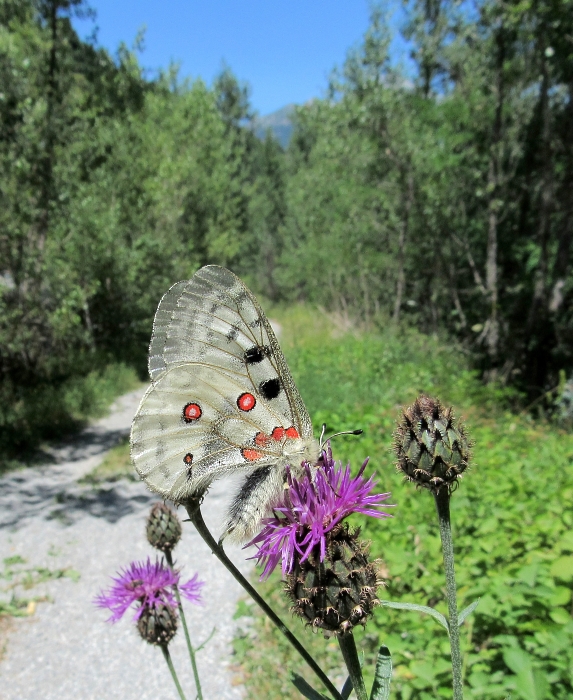 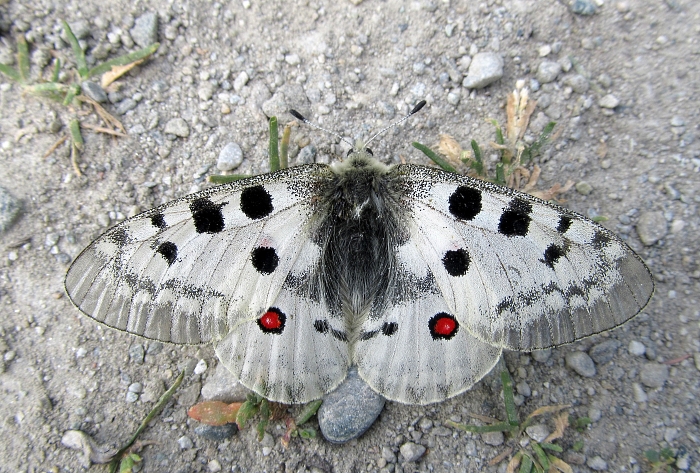 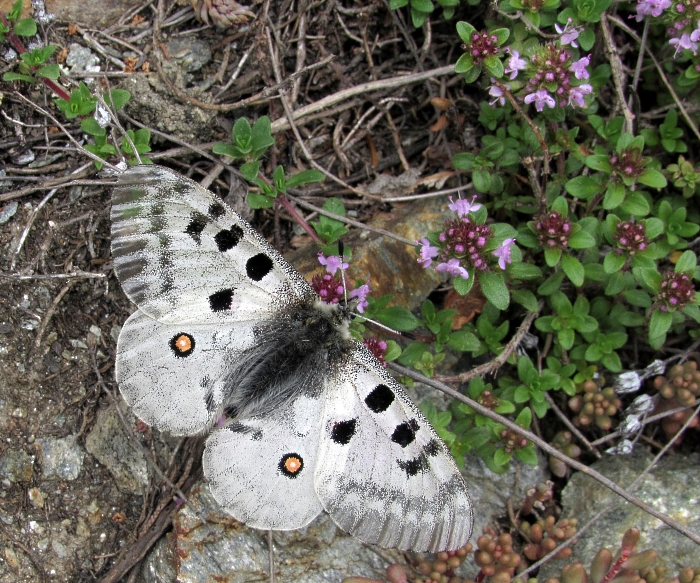 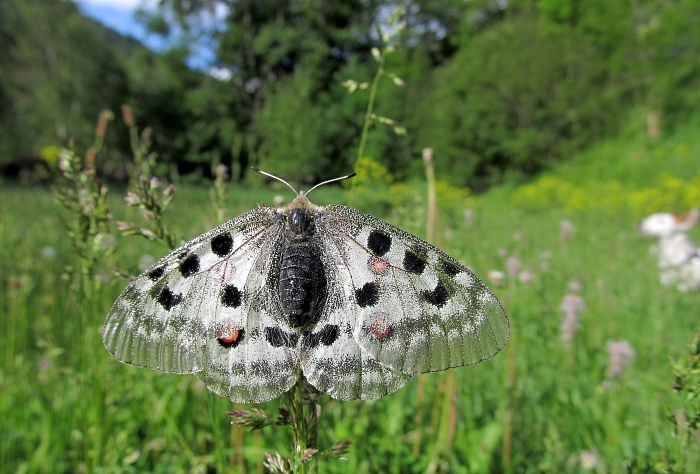 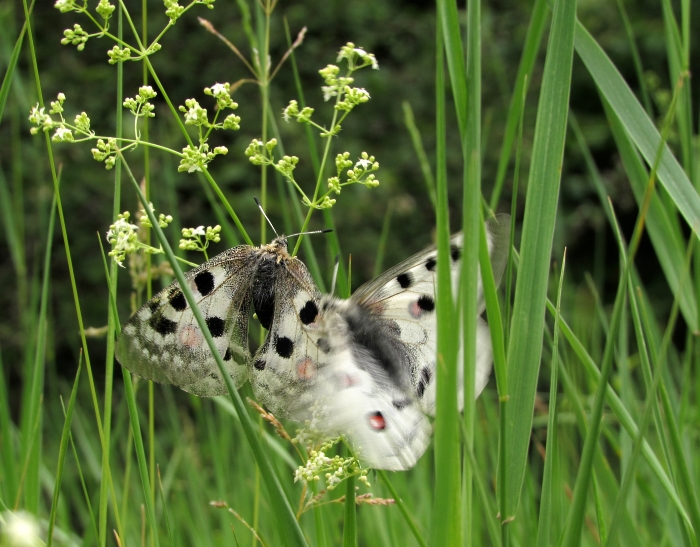 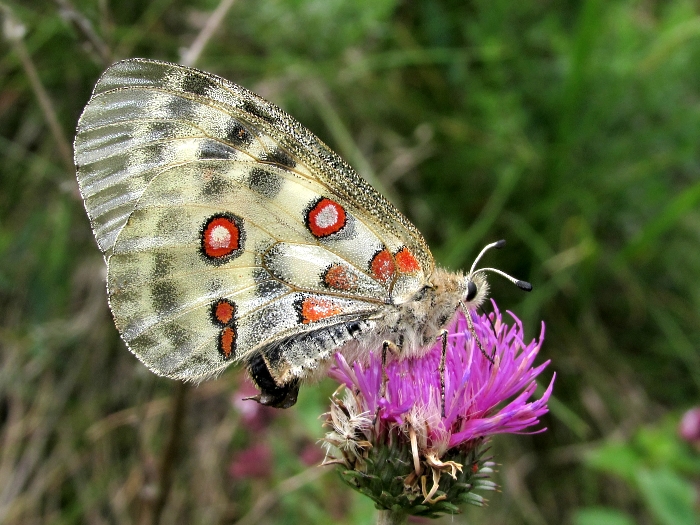 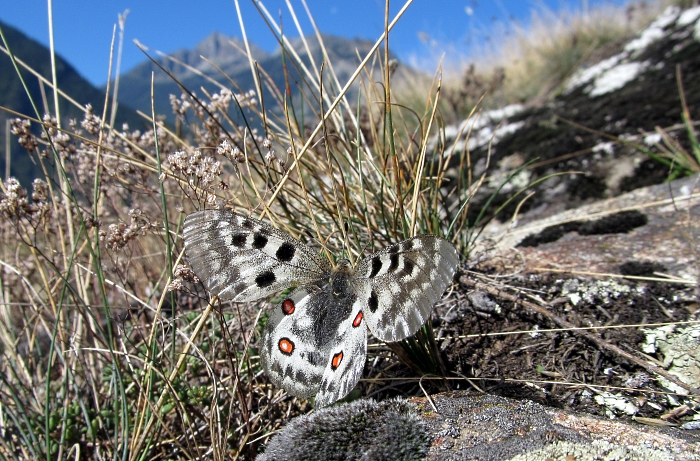 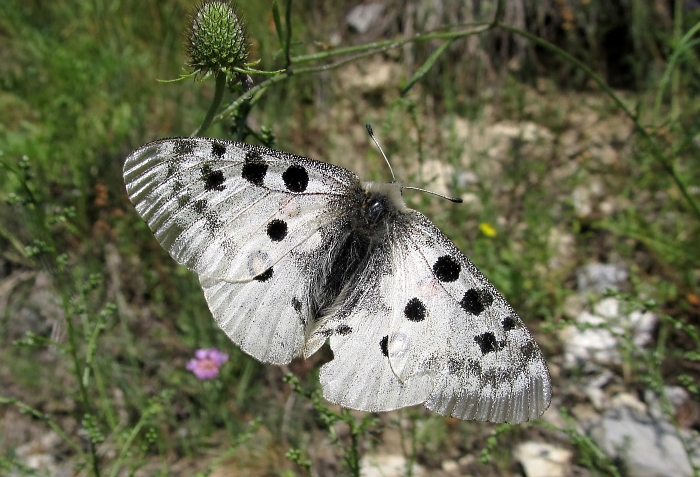 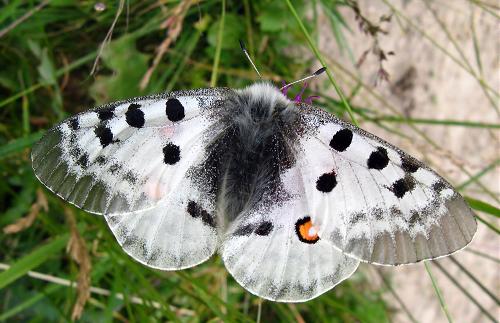 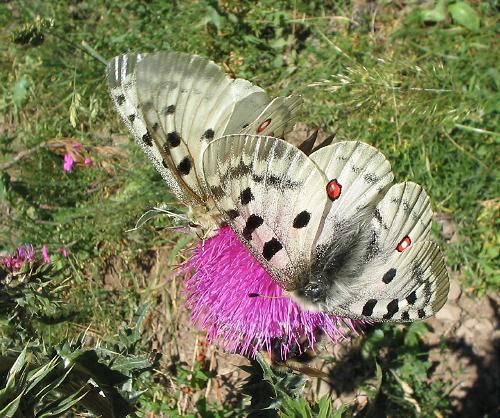 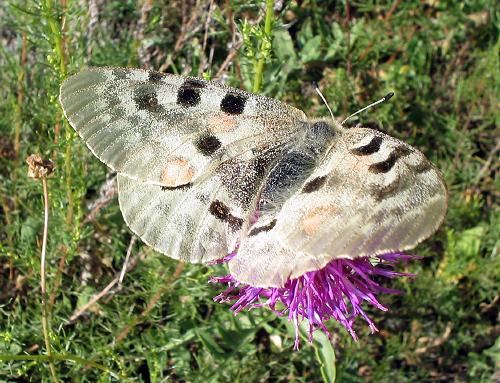 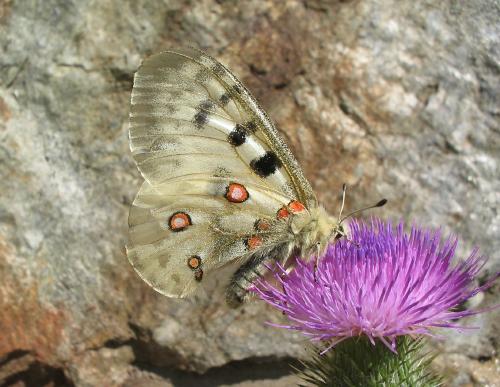 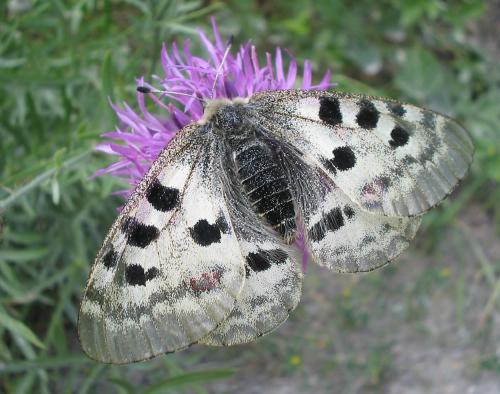 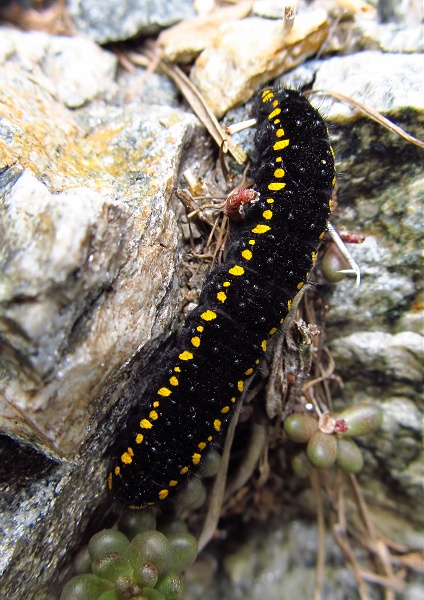 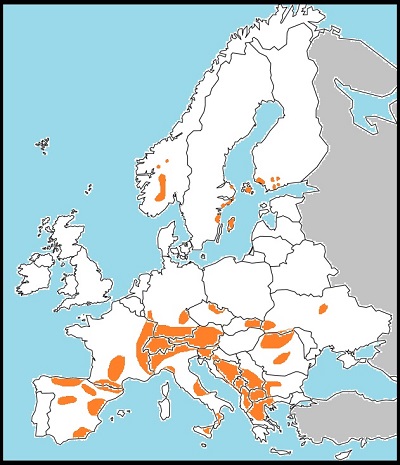 The Apollo is an iconic mountain butterfly found in all the higher mountain ranges of Europe. Its distribution is naturally broken up, as it does not fly in the lowlands between ranges, so unsurprisingly there is a large number of named subspecies. Nevertheless, there is not a huge amount of obvious variation, from a casual point of view. The spots on the wings may be larger or smaller and sometimes orange rather than red, but everywhere this is a very distinctive butterfly, impossible to confuse with anything except its close cousin the small Apollo. Throughout most of its range, it is best distinguished from that species by the lack of any red in the costal spots of the forewing. Care needs to be taken though: some Spanish populations do show this red and some male small Apollos show very little or none. Another useful characteristic is the lack of strong banding on the antennae, shown in close-up higher up this page. Small Apollo shows distinct black and white or black and grey banding. Male Apollos also show a strong black mark near the trailing edge of the upperside forewing, lacking or much reduced in small Apollo - but again, care needs to be taken, as female small Apollos have a strong mark here.

Apollos fly in a single, extended generation from May until the autumn. It is said to hibernate as a fully formed caterpillar within the egg and that it may remain so for two seasonal cycles. Perhaps that explains the greatly protracted emergence throughout the summer - some caterpillars delay emergence from their egg. The caterpillars feed on Sedum and have a distinctive black and yellow pattern (not to be confused with the caterpillars of various burnet moths, which have a similar pattern).