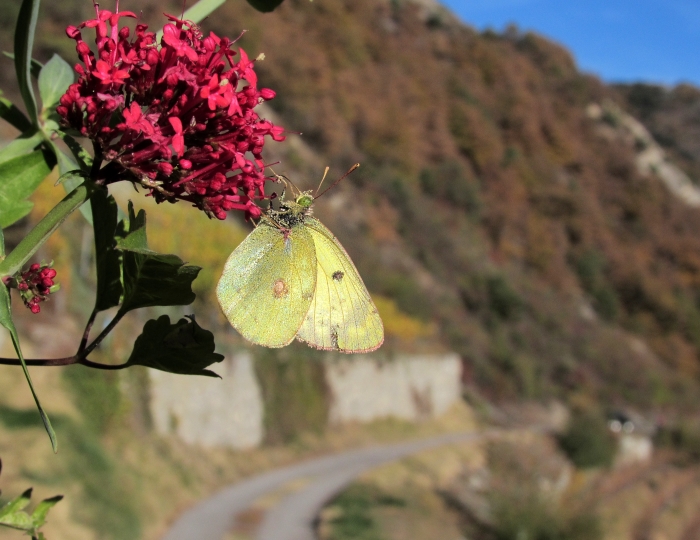 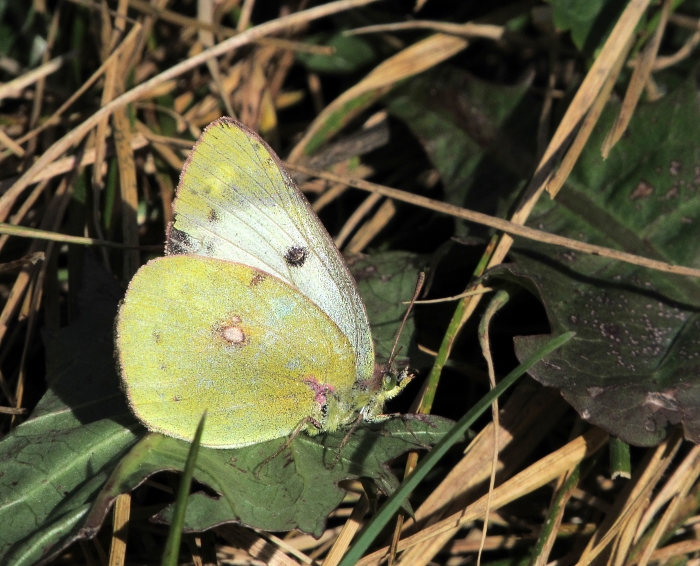 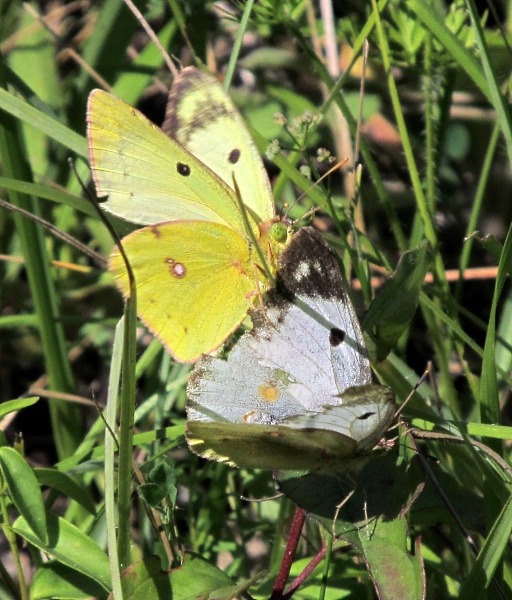 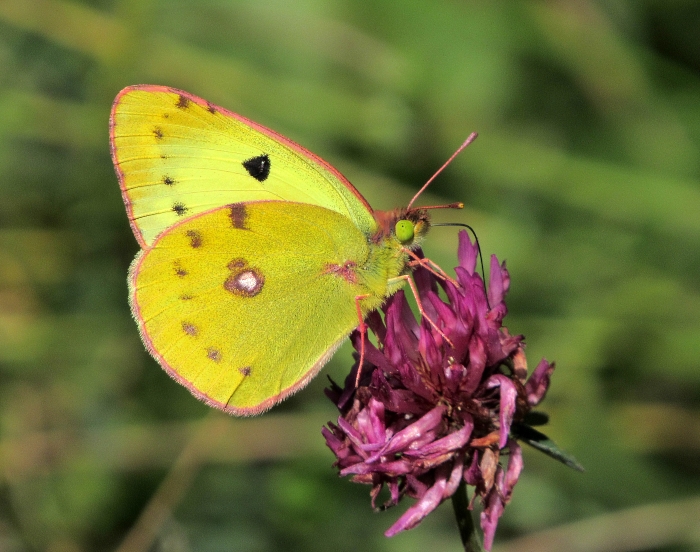 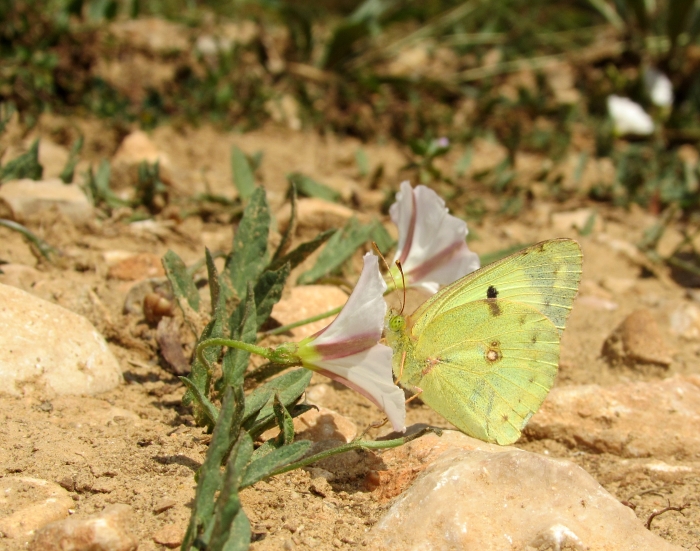 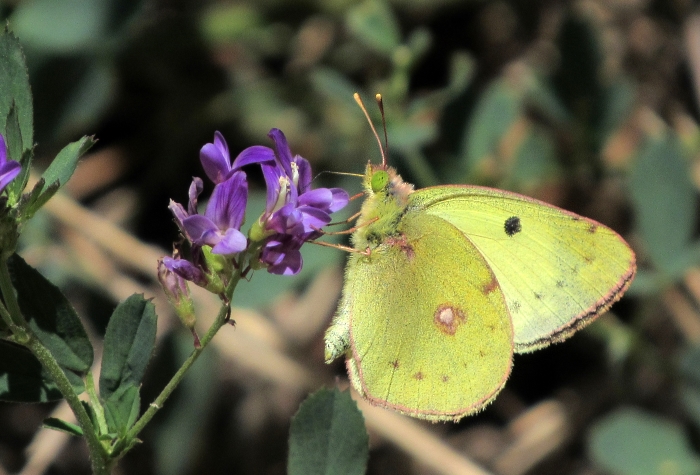 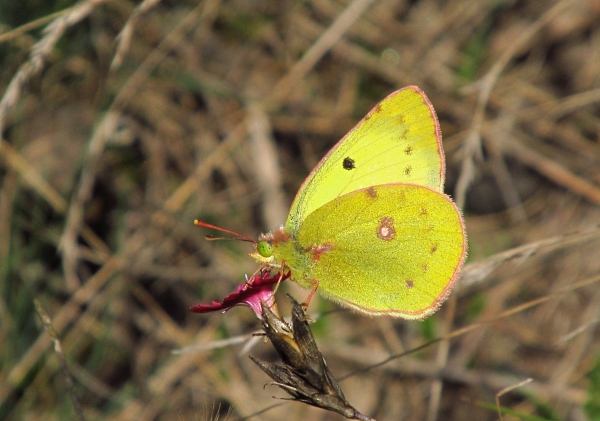 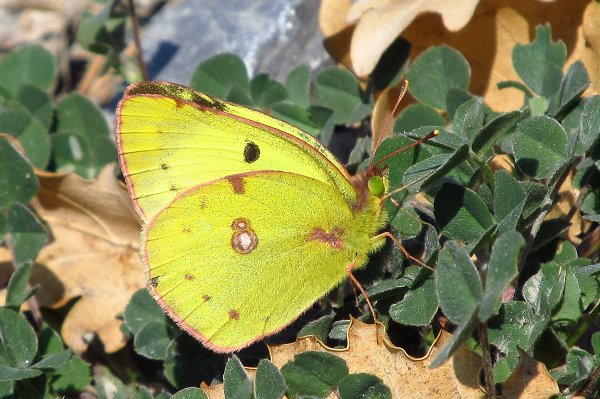 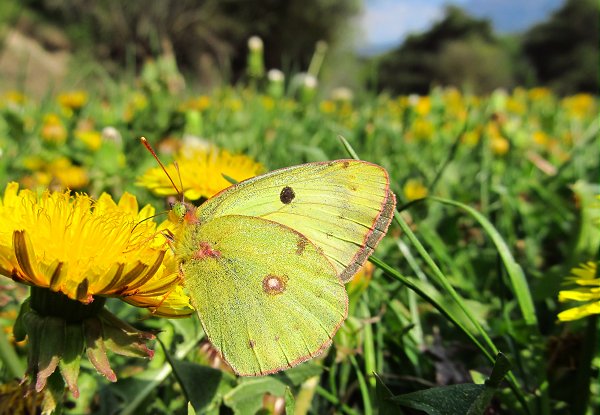 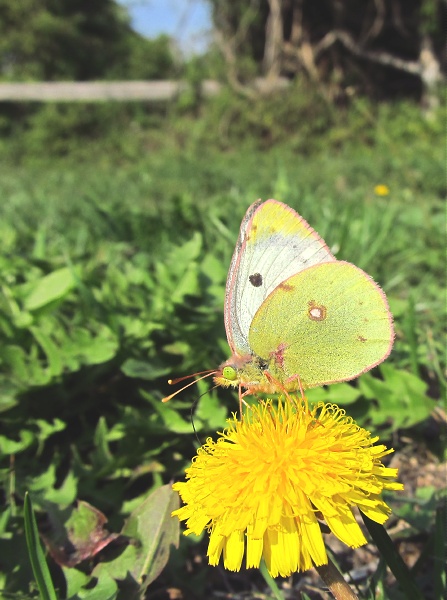 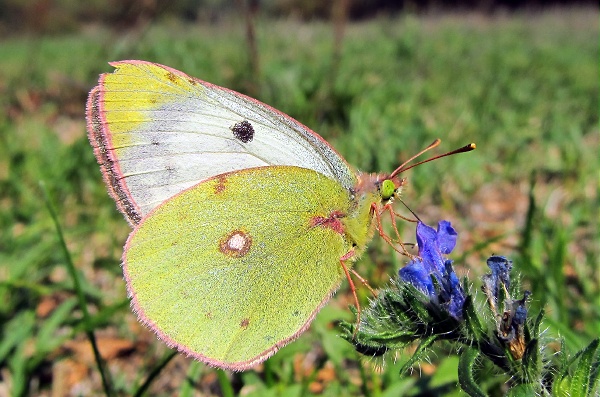 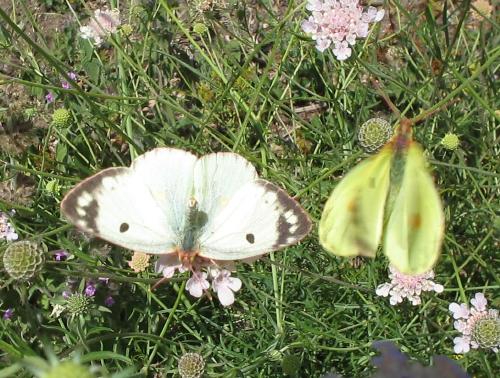 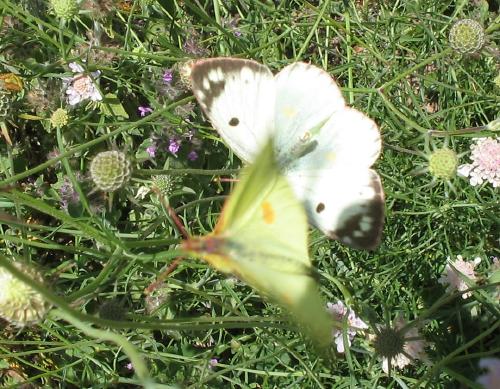 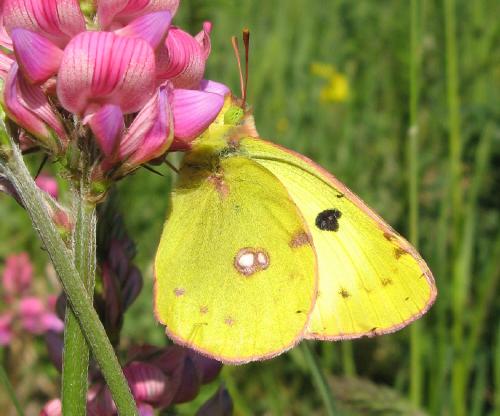 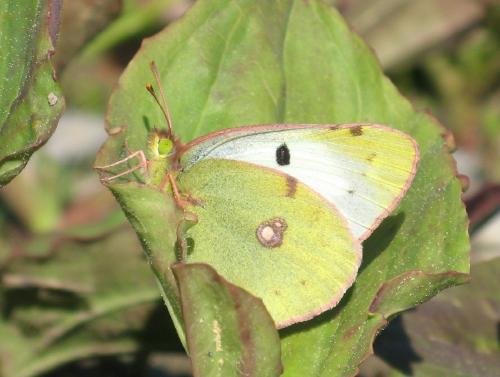 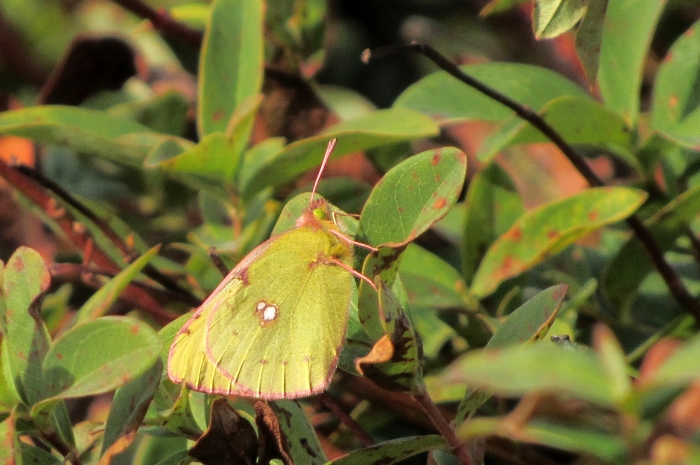 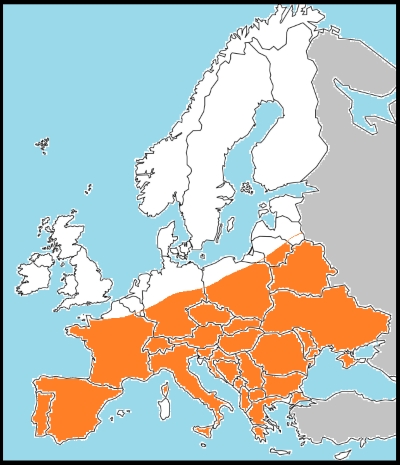 In the southern half of Europe this is the common 'pale' clouded yellow. In much of the region - in my part of the Alps in particular - it is indeed a very common butterfly from April or even March throughout the year. The latest I have seen it is in December, at 1000m (the last picture above, taken on 18th December!).

Berger's clouded yellow is very similar to the pale clouded yellow, from which the adult cannot always be separated with certainty. In both sexes, the wings are more rounded and appear less long and swept back, though this can be very subjective and in any case is by no means constant. The male is typically a brighter lemon yellow and the orange spot on the hindwing is also brighter in Berger's. Ecological and behavioural differences are often a better guide. Although this species occurs as a migrant outside its home range it is generally a more sedentary butterfly than the pale clouded yellow and is usually to be found on calcarious sites where one of its main foodplants, horseshoe vetch or crown vetch, grows. At such sites it is present all year. In contrast, pale clouded yellows prefer clover fields and are often opportunistic in their choice of breeding site, being perfectly happy to use fields and verges that are suitable only for a month or two.


This species hibernates as a small caterpillar, making the adult photographed above in December all the more unusual. It had not been awoken from hibernation but must have been a very late emerger from the autumn generation.