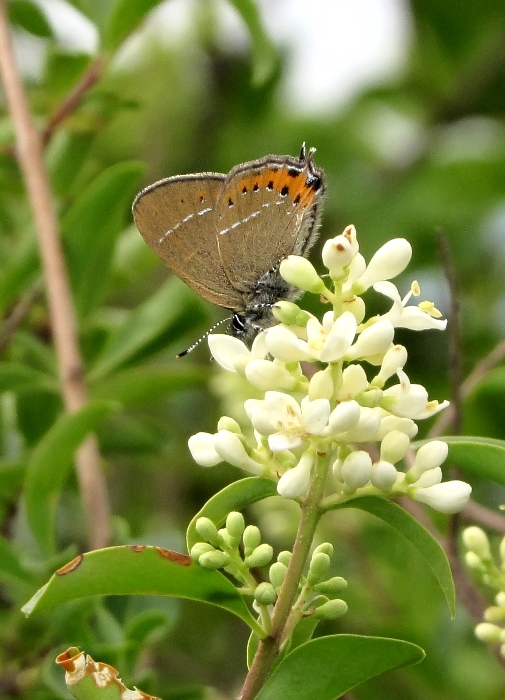 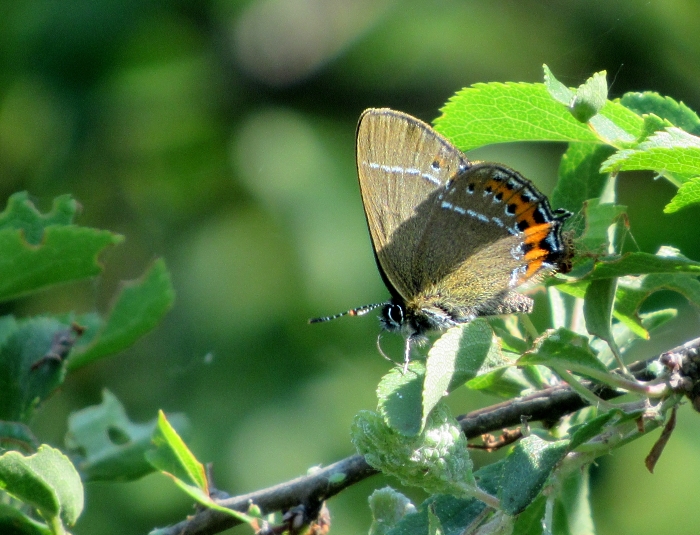 Male, Switzerland, May 2017 - notice the clear relief of the sex brand, indicating this is a male 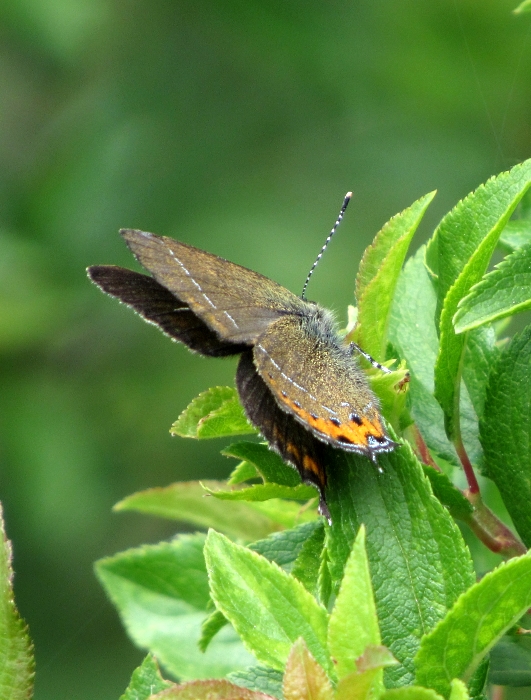 Male, showing just a hint of the upperside, Switzerland, May 2015.
The female also has orange marks on the forewing upperside. 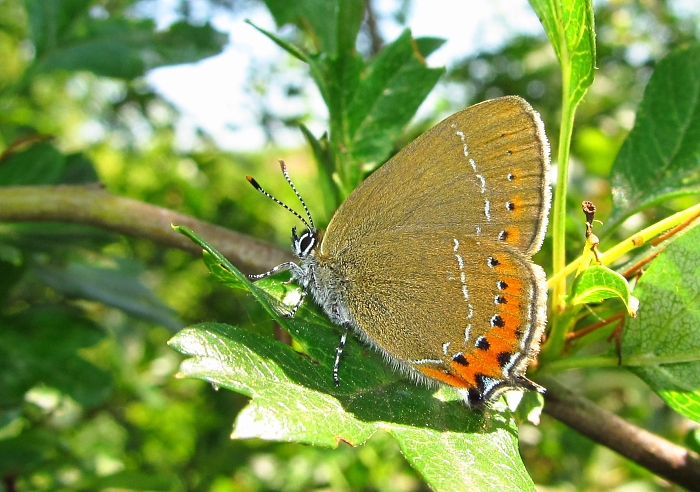 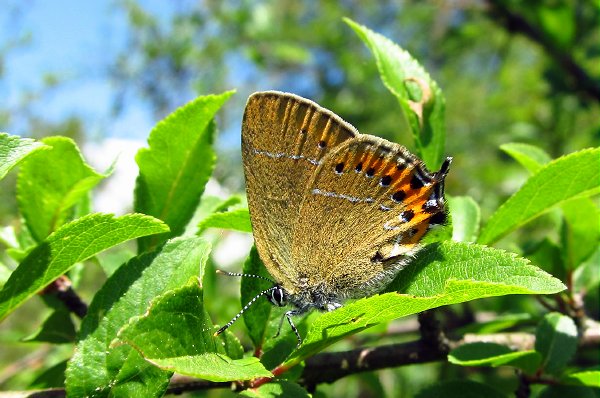 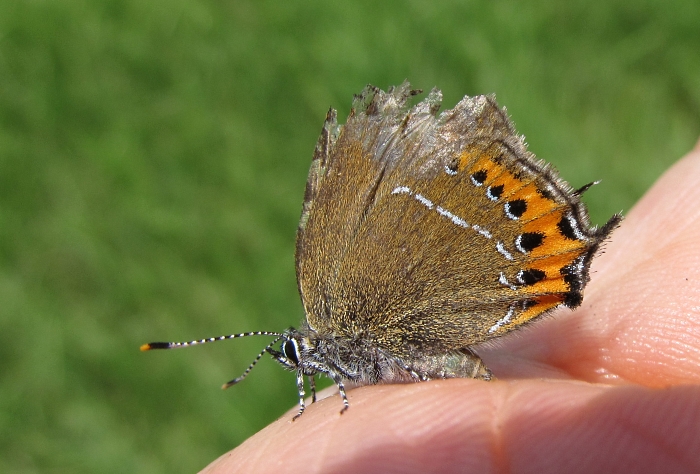 Damaged female, found on 9th July near Huémoz in Switzerland. This was the first seen in the entire Aigle region
since 1908 and the first ever (officially recorded) up here in the mountains. I still haven't submitted the record ... 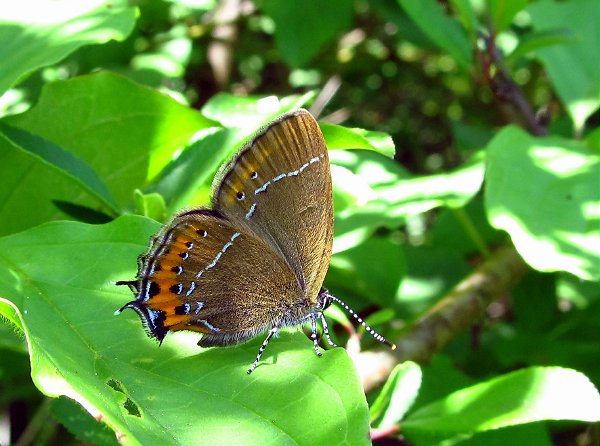 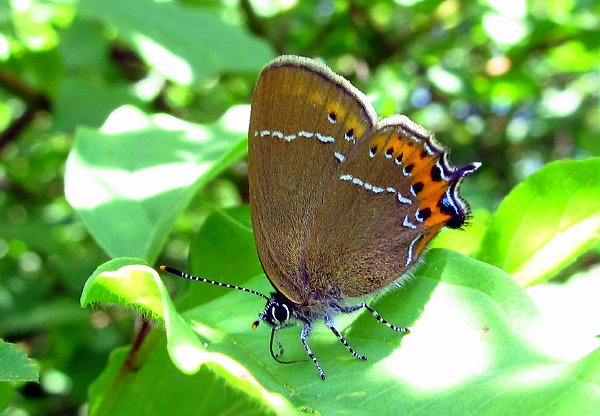 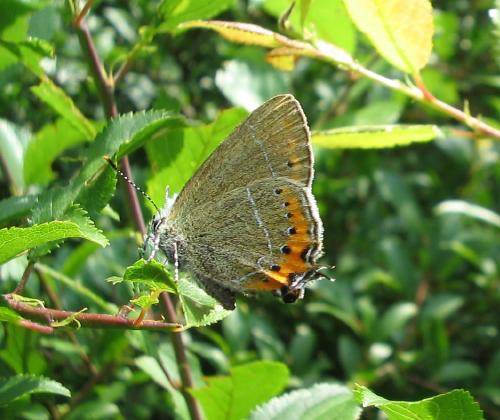 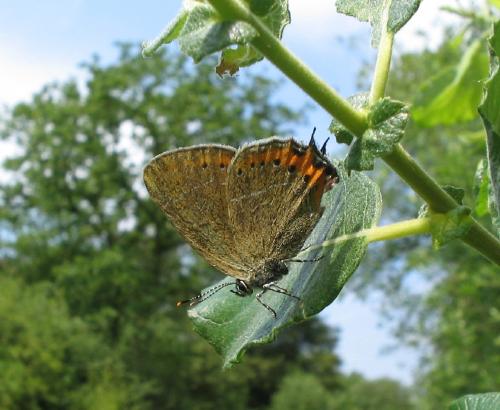 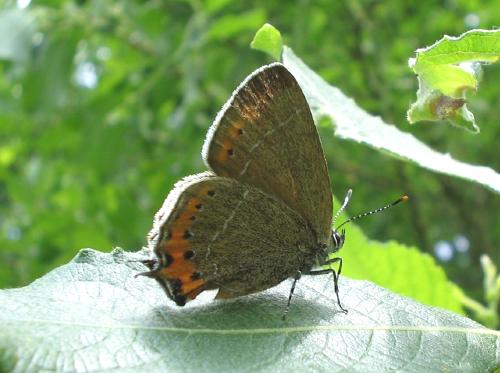 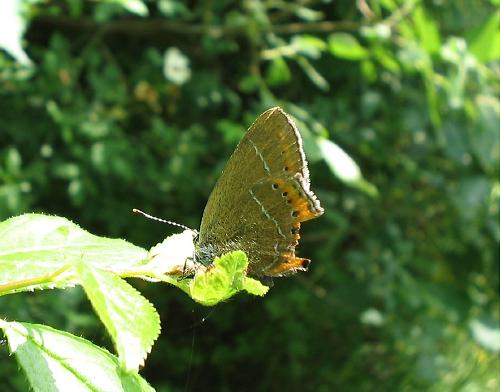 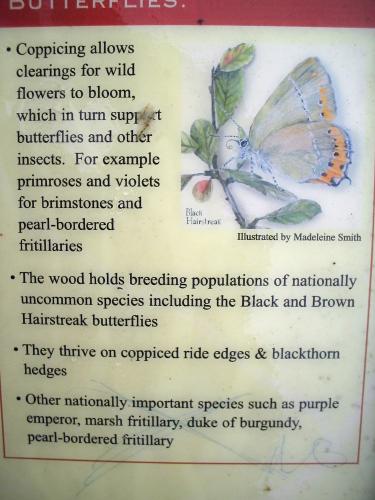 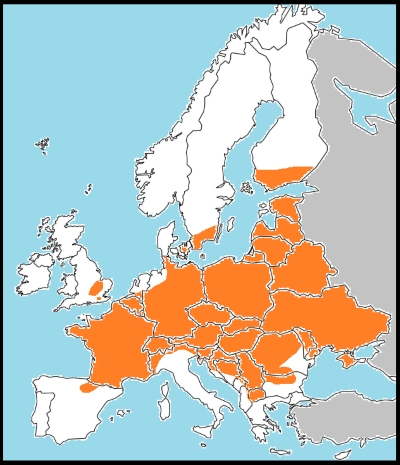 The black hairstreak is a rare and elusive butterfly in England, surviving in just 40 or so colonies, principally between Oxford and the East midlands. On the continent it does not seem to be significantly easier to find and until 2010 all the black hairstreaks I had seen had been in England, in Oxfordshire. In 2010 I saw them near Geneva and have since seen them in that region and elsewhere in Switzerland.

The orange band on the hindwing, bordered internally by black spots delicately edged with a white crescent, makes this species unmistakable. The female has longer tails and is more often seen as she comes low to lay. Males may also be recognised, if you have a very good view, by the relief of the sex brand on the forewing showing through beneath. This species never rests with its wings open.


The habitat requirement is dense, mature but not moribund, blackthorn thickets. For a long time it was not realised how much the survival of the butterfly (in the UK, at least) depends upon correct coppicing. The traditional coppicing techniques are perfect, allowing the butterfly to move around suitable areas as old patches of blackthorn become useless for it. More modern coppicing uses a faster cycle and does not permit either the blackthorn or the butterflies to catch up - black hairstreaks are extremely sedentary butterflies. Now, all the remaining UK sites are managed correctly and although rare this species is not threatened.

Black hairstreaks emerge in late May or early June, flying into July. Like other Satyrium species they spend the winter in the egg, emerging in spring to feed on the freshly unfolded blackthorn leaves.