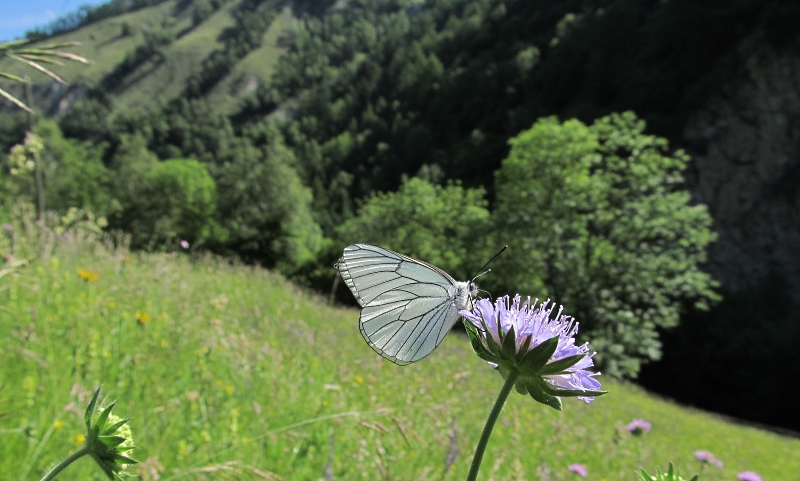 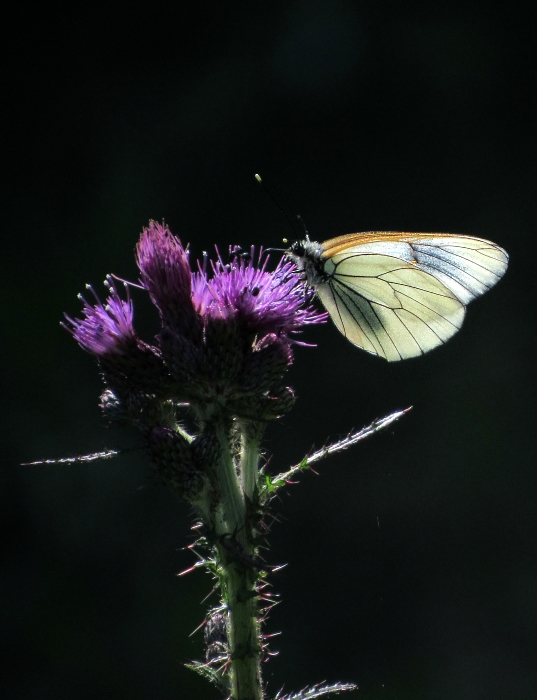 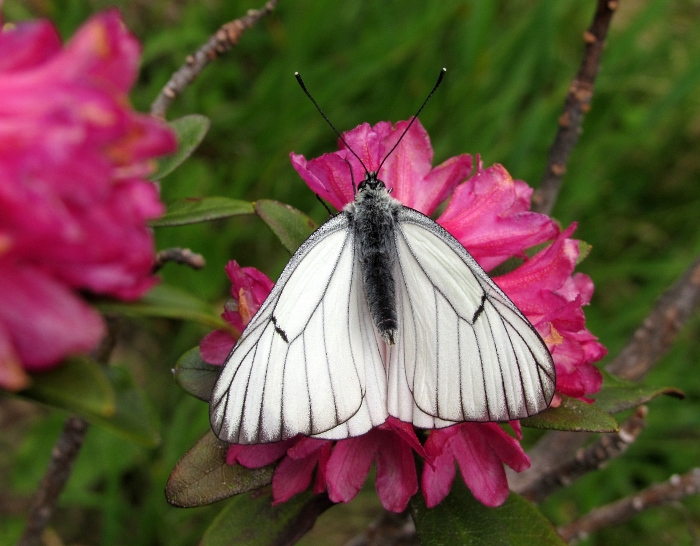 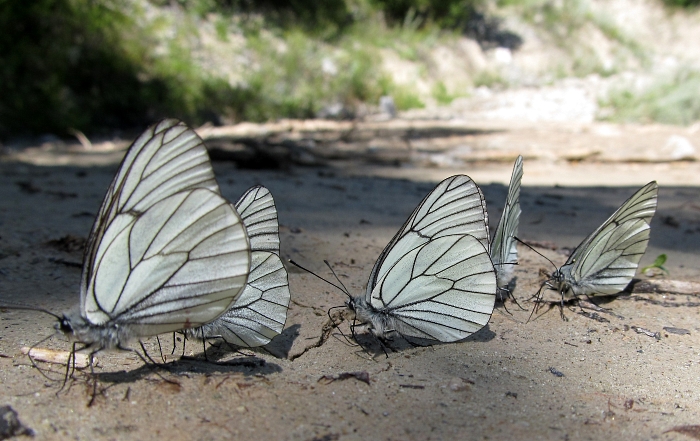 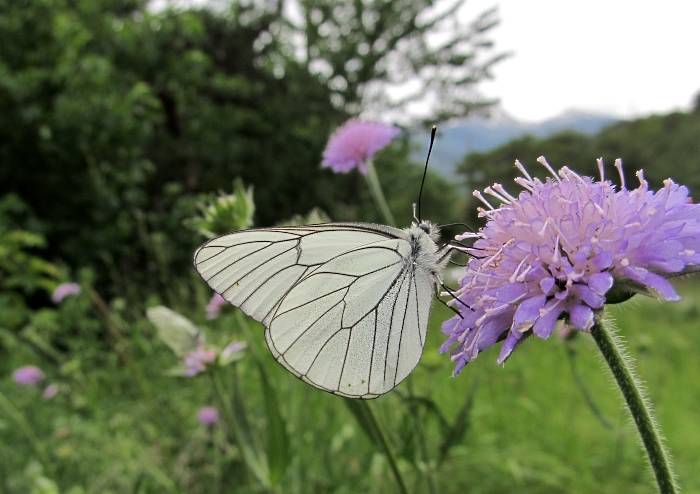 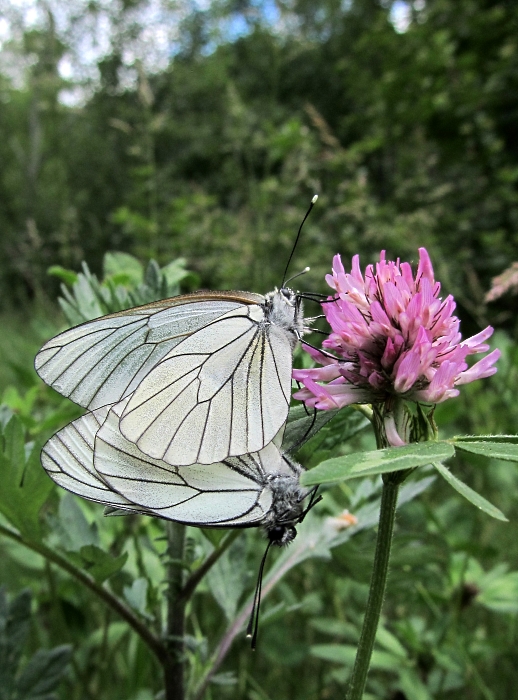 Switzerland, June 2014 (male below, female above) 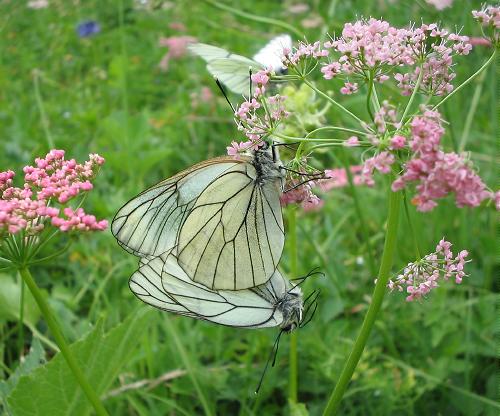 Switzerland, July 2005 (male below, female above). The insect in the background is also a black-veined white. 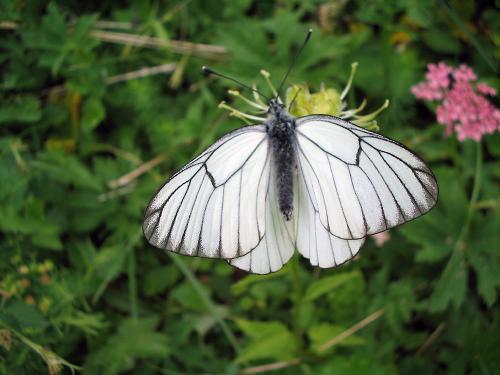 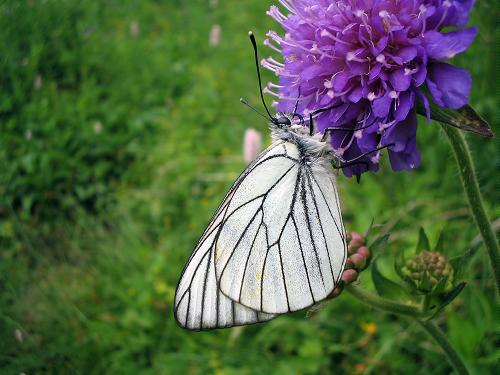 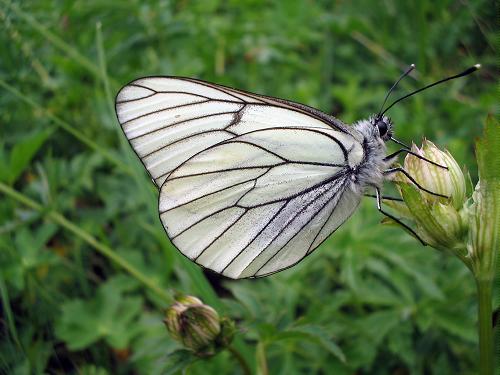 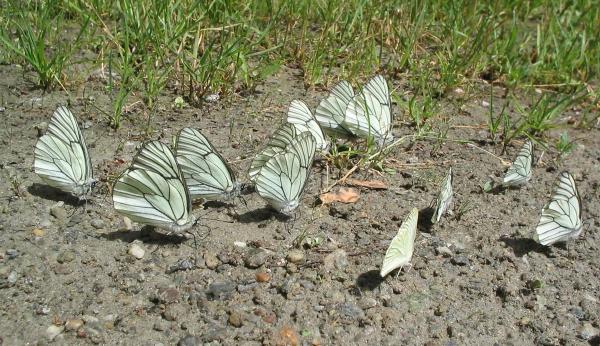 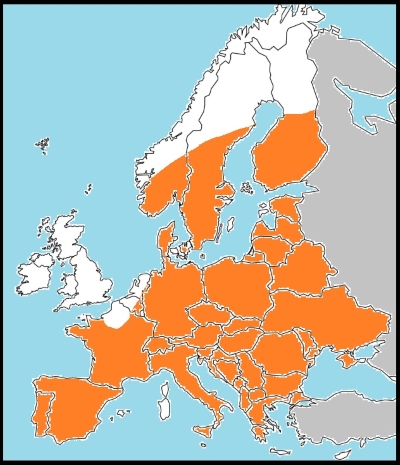 This very distinctive butterfly is widespread and common - sometimes to pest levels - throughout Europe, though not in the far North and no longer in Britain, where it became extinct in about 1925. Prior to then it had been considered a rarity in the UK, its last remaining stronghold being the South East of the country.

In flight, the black-veined white can be mistaken only for the clouded apollo, and it often flies in the same areas. But at rest, its wirey black venation without any black spots is quite characteristic. The female is similar to the male but has yellow along the costa of the forewing and often rather yellowish hindwing undersides. When worn, the forewing discal area of both sexes may become translucent, letting the colours of flowers behind show through.

The butterflies appear in May in Switzerland and further north but may fly already in April in Mediterranean countries. They fly in a single brood until July or into the beginning of August. Locally, they may become abundant, with males taking minerals together in sometimes huge numbers. Females do so less readily and are more commonly seen flirting or mating with males in meadowland or scouting trees and bushes for places to lay. Wild foodplants include blackthorn and other Prunus species but they will also use domestic cherries and apples - hence their sometimes being considered pests. Early instar larvae hibernate, completing their development in the spring.