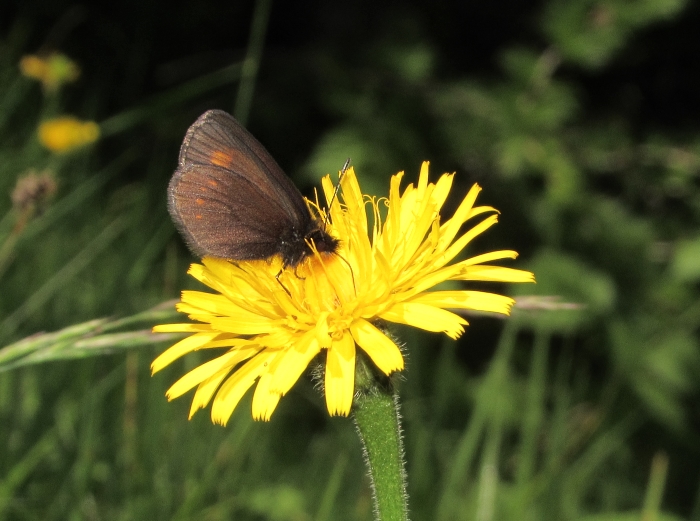 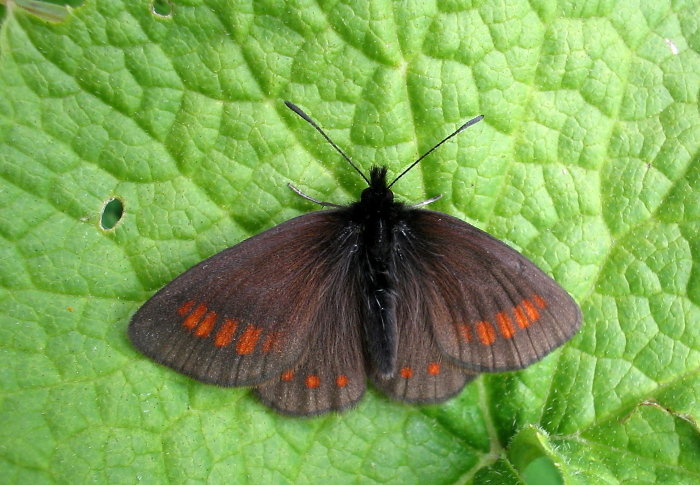 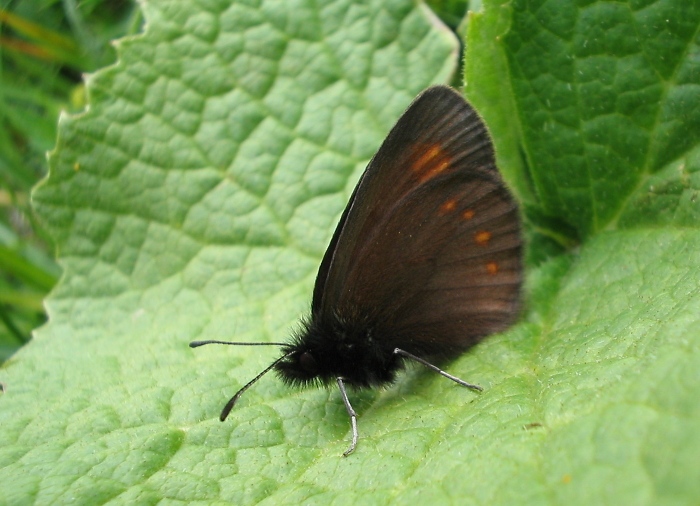 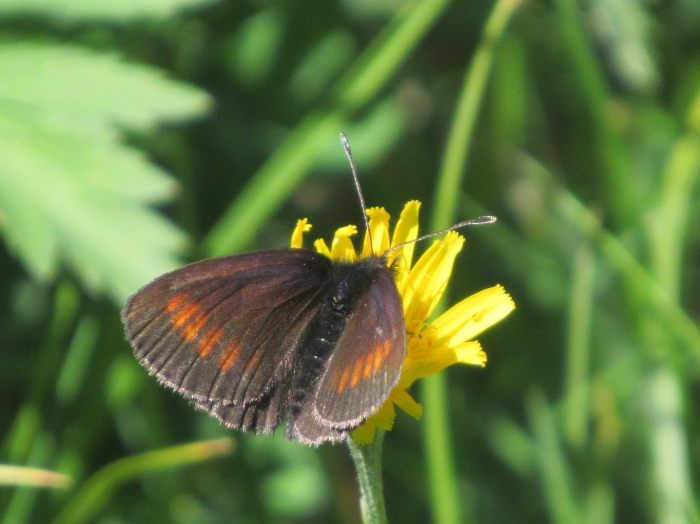 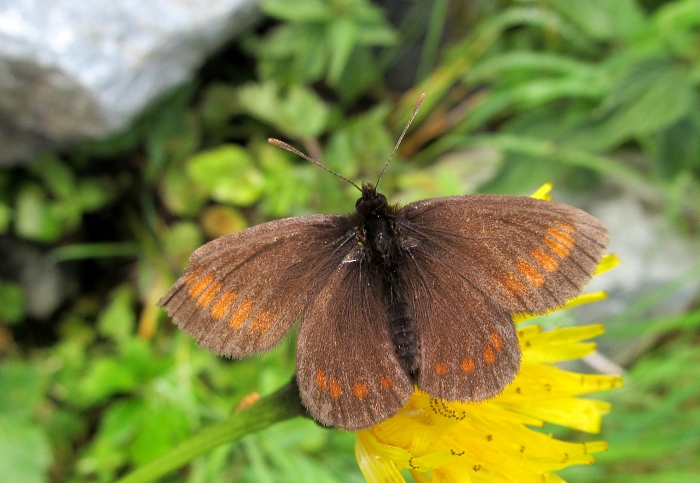 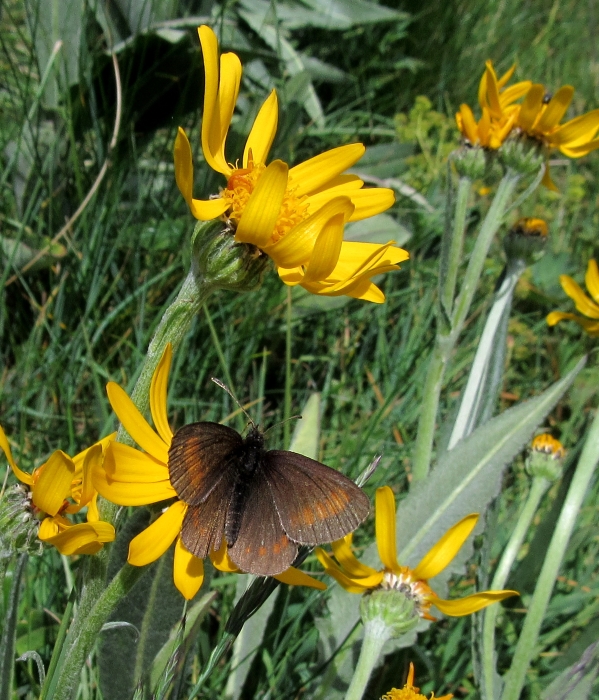 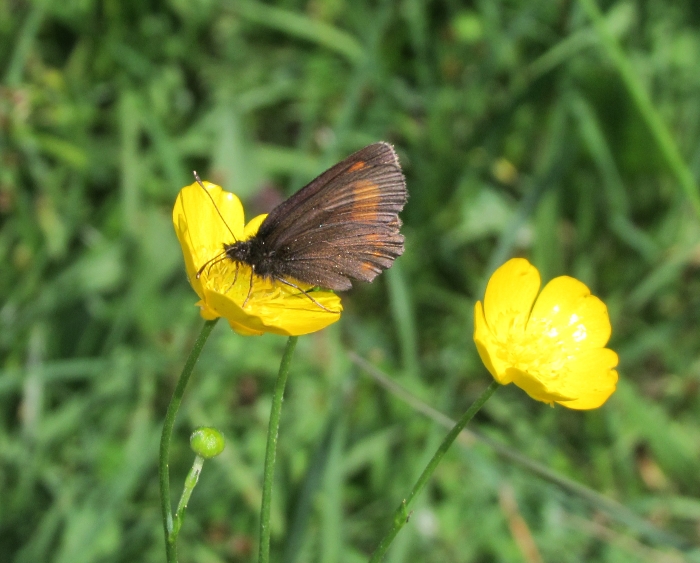 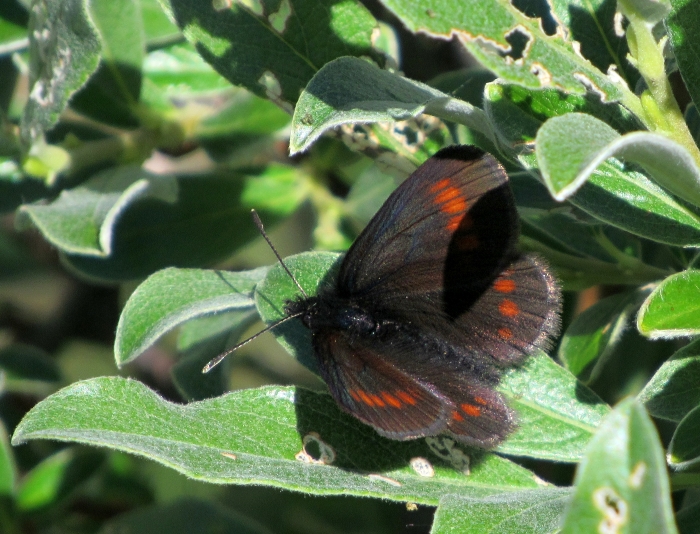 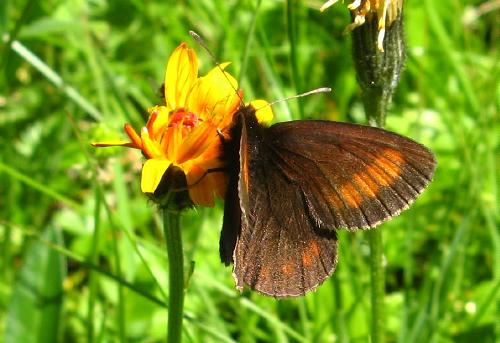 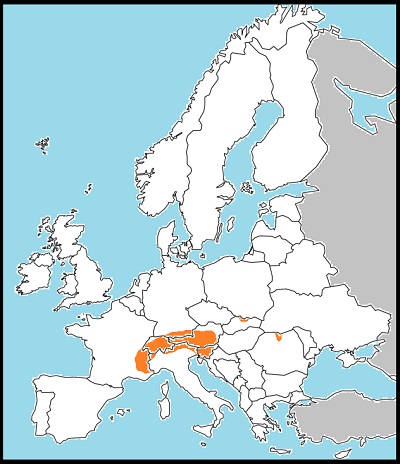 The blind ringlet is essentially an alpine butterfly, with a few isolated colonies in the Tatra mountains and the Carpathians. In Switzerland, it is common, frequenting lush meadows with plenty of flowers and often bushes at medium and high altitudes. It appears in late June or early July and flies in a single brood until late August.

Identification is essentially easy. It has the size and general appearance of a lesser mountain ringlet, with red bands or spots on the upper and lower surfaces of all wings but has no black pupils at all in any of the red. Be careful, however: the black points in some other species may be very small and/or reduced in number, so you need to get a good view to confirm there are actually none there. At high altitudes, a form of blind ringlet with reduced red flies - form phartina. The closest I have to this is the second photograph above, which was taken at about 1800m. Pictures of phartina in books show less red on the forewing but a similar hindwing.

The caterpillars feed on various sedges and grasses, taking two seasons to complete their development - so hibernating twice.