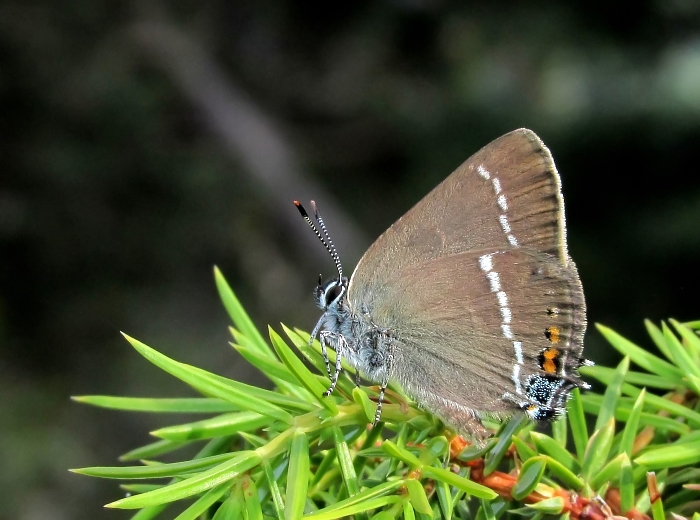 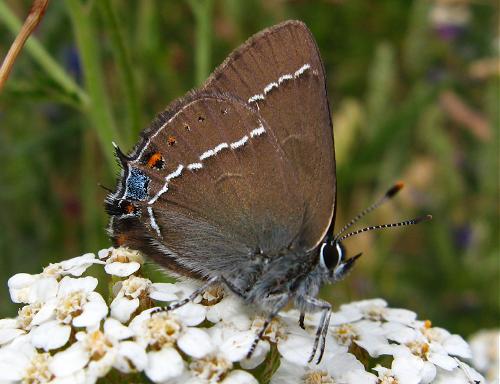 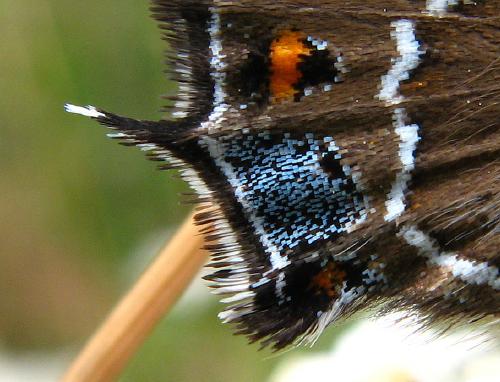 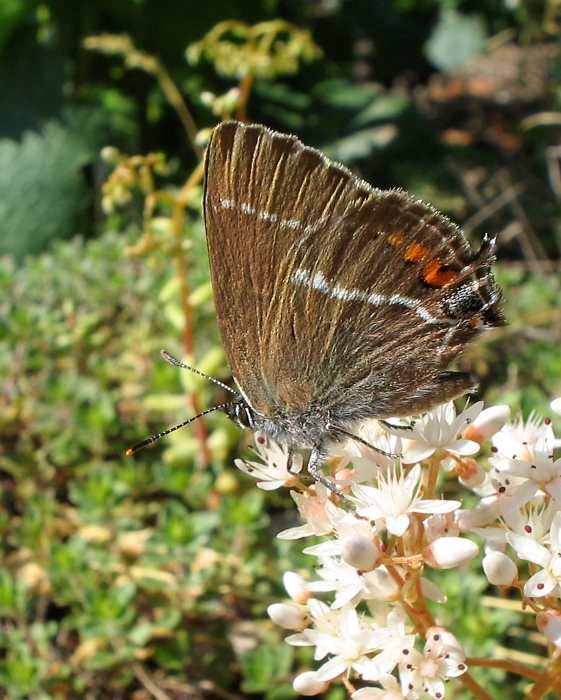 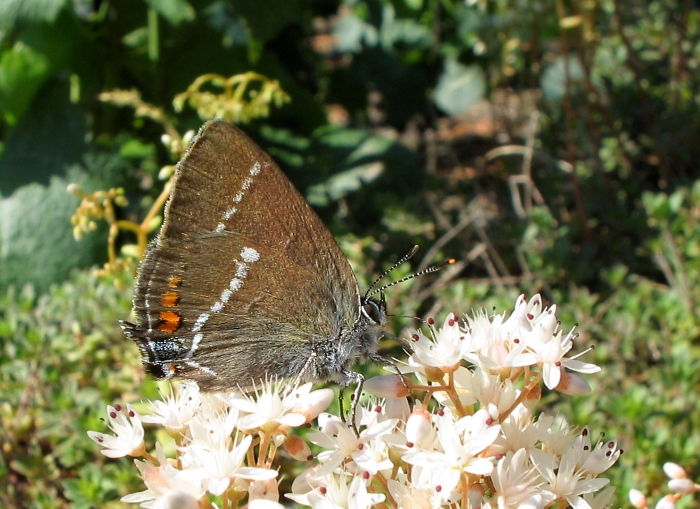 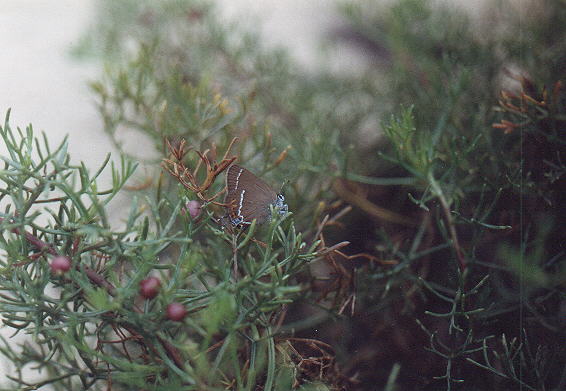 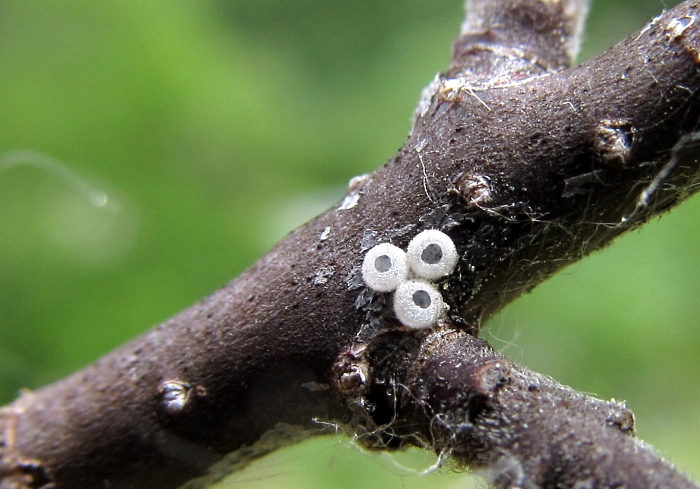 A cluster of hatched eggs, Switzerland, May 2014 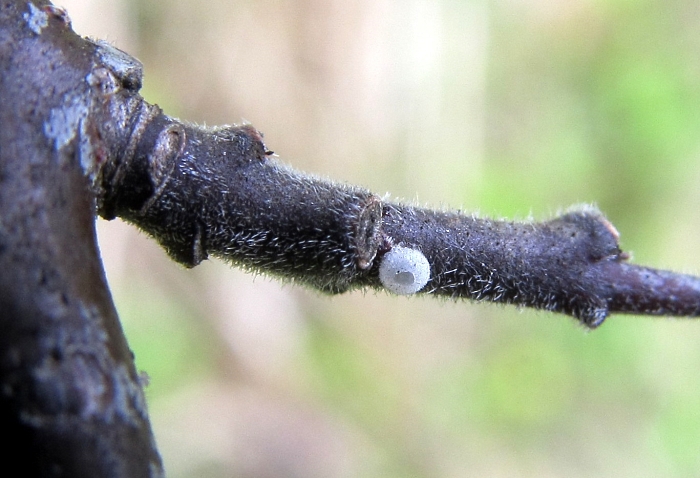 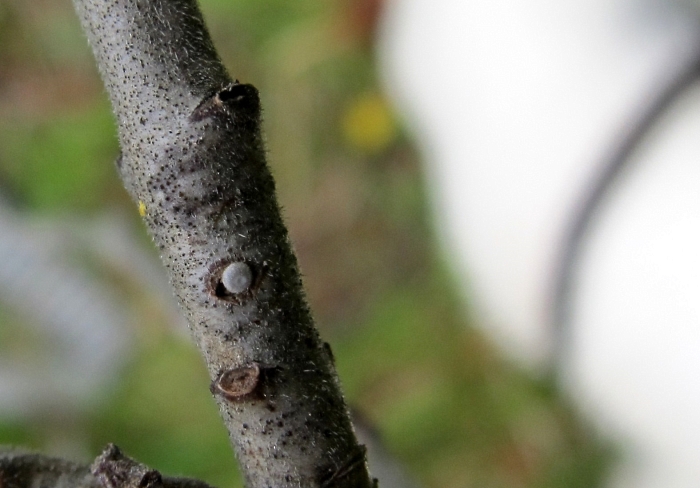 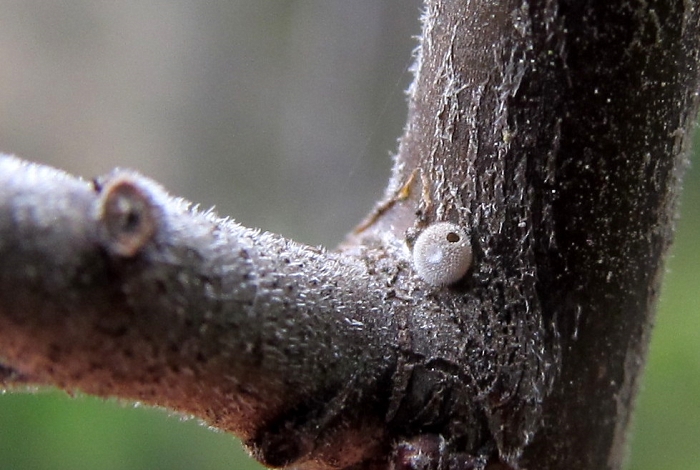 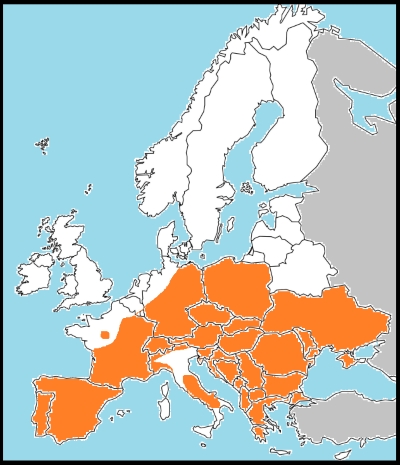 I first found this butterfly in June 1991 in Portugal, flying in the Algarve and up the west coast. Then, I was travelling without a camera and didn't get photos of it until the next year. Since then I have seen it regularly, but usually singly, in the Pyrenees and the Alps. It seems to be generally widespread in central and southern Europe but nowhere really common - or at least not conspicuous. In August 2018 I saw a single individual at a site in Switzerland I visit very frequently every year but that was the first time I had ever come across a blue spot hairstreak there.

Males have a habit of defending territories from perches atop bushes - often thorn bushes, but not necessarily their hostplant, buckthorn. Indeed, this is a butterfly of bushy, scrubby terrain rather than woodland like many Satyrium species. Females lay their eggs on twigs of young buckthorn bushes, sometimes in forks, like brown hairstreaks, but equally on straight parts of the twigs. It is this stage that hibernates, the caterpillars emerging to complete their development in the spring. Adult butterflies emerge in June and can be found into August.