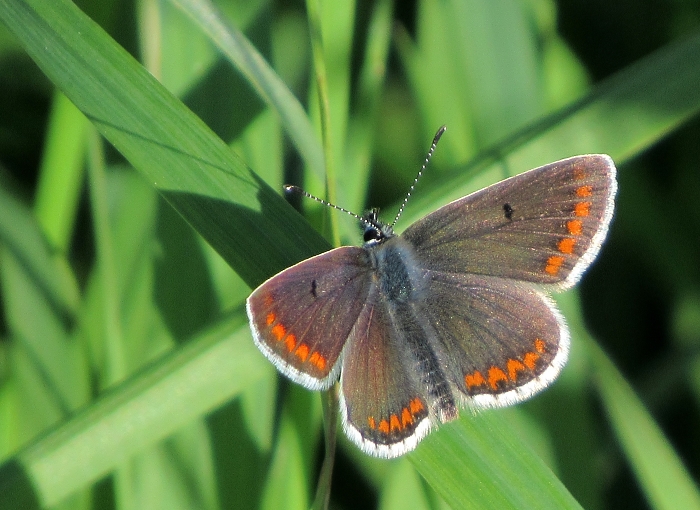 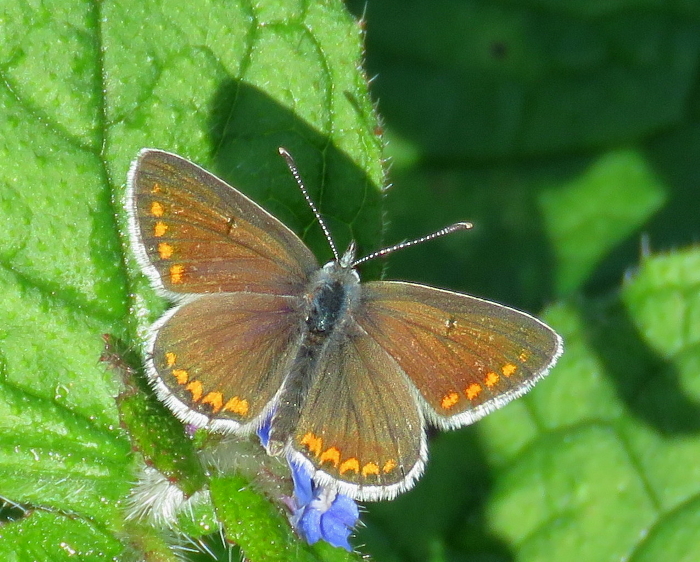 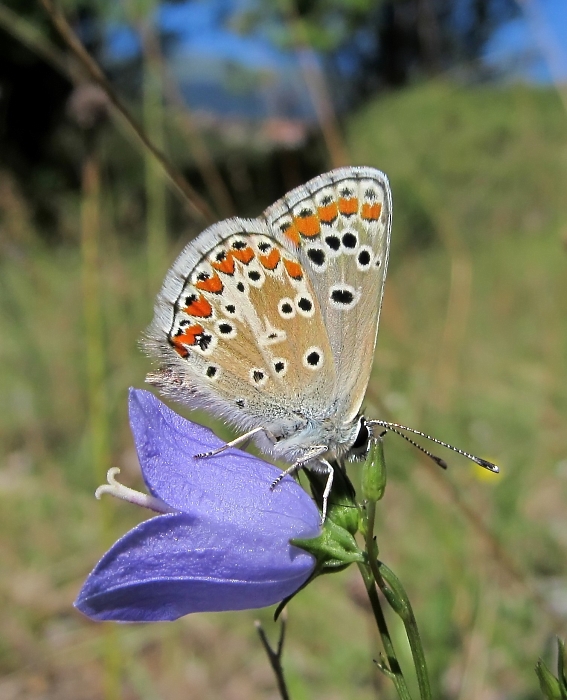 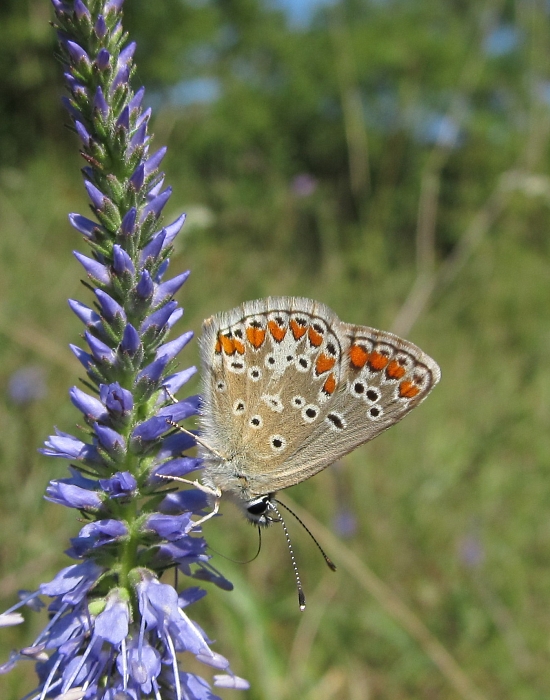 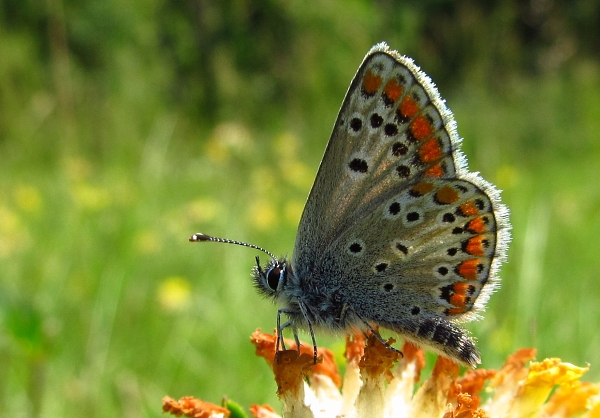 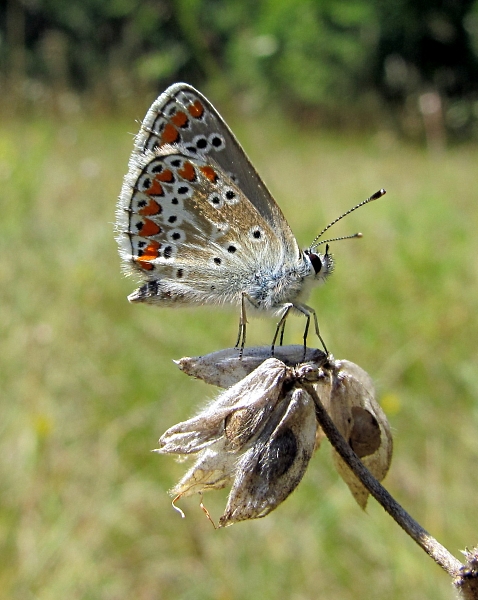 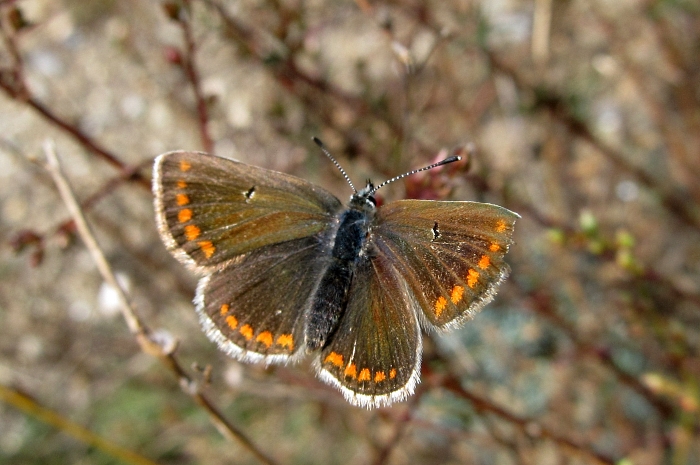 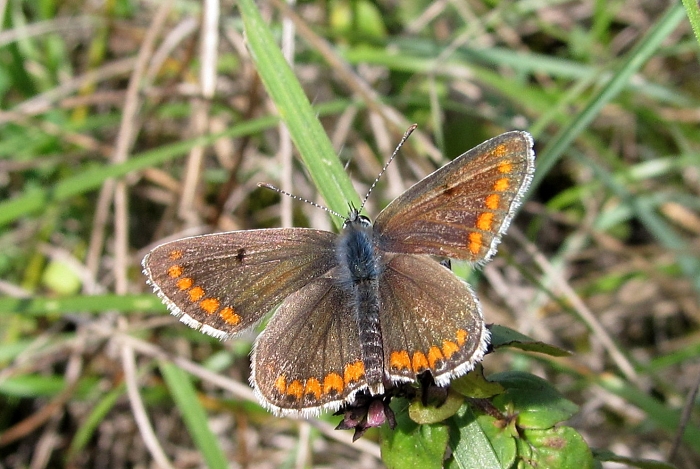 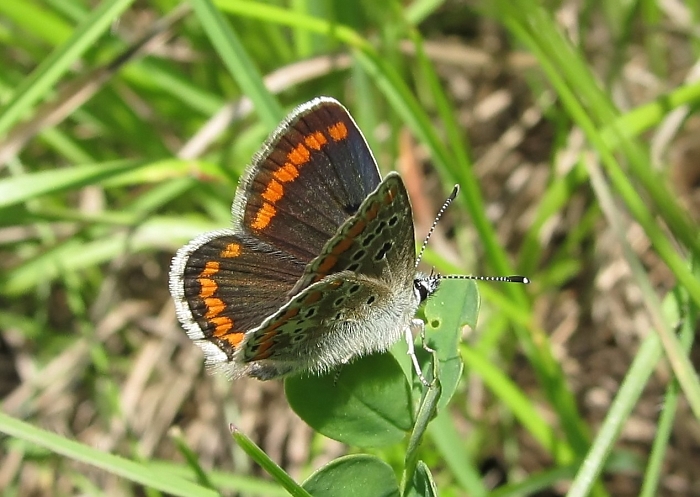 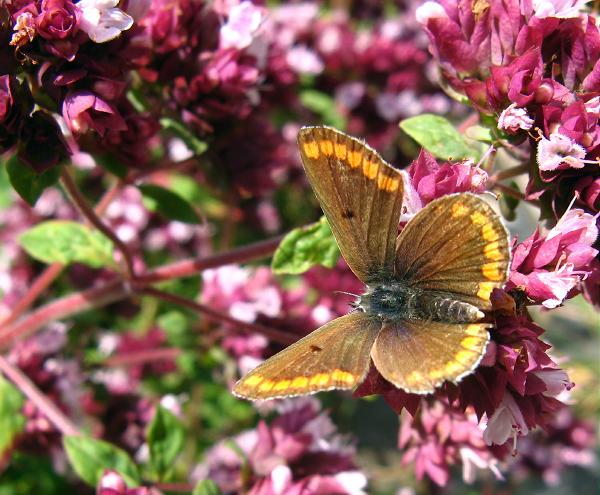 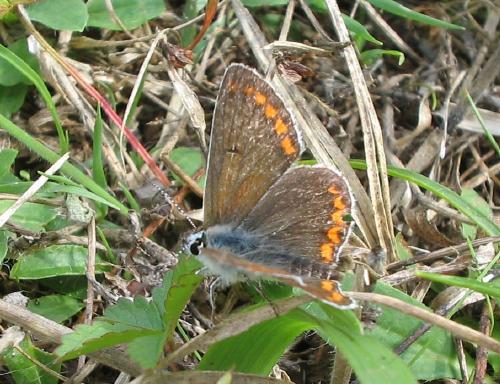 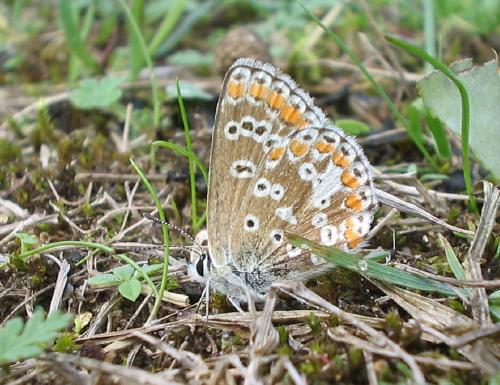 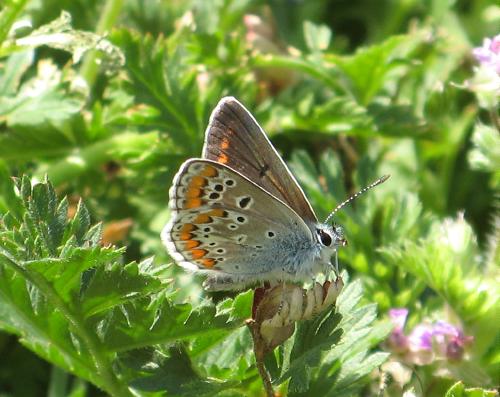 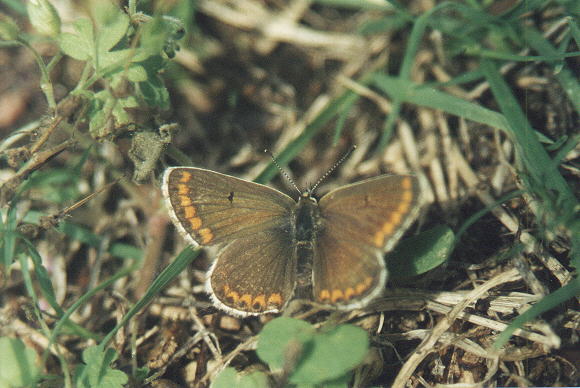 East Suffolk, back in the 1980s - one of the first individuals to move into our area. This was on our lawn. 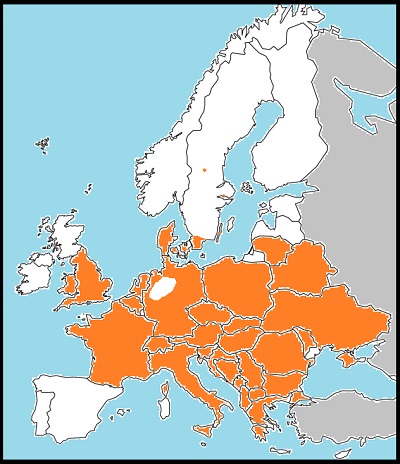 This widespread and common butterfly is one of a group of closely related Aricia species - agestis, artaxexes, cramera and montensis - whose taxonomic status has been under constant revision in recent years. Where distributions overlap it is often difficult to separate these various species as all are sedentary and often show racial/subspecific differences within a species.The brown argus, agestis, is the commonest and best known in most of Europe, predominating at lower altitudes. In Iberia, the Balearics, Sardinia, Morocco and the Canaries it is replaced by the generally brighter and better marked cramera. In Scotland it is replaced by the northern brown argus, artaxerxes. This species also flies in montane regions elsewhere in Europe. Finally, although its distribution seems controversial, montensis flies in Iberia, including the Pyrenees, where artaxerxes may or may not also fly. According to Leraut, artaxerxes is absent from the Pyrenees.

All four species are distinguished from otherwise similar female blues by the lack of any blue at all in the wings. There may be blue or bluish hairs on the thorax but there are never blue scales on the wings of either sex. Obviously, if a butterfly is identified as male by the abdomen he can instantly be separated from all the blues whose males are blue so this feature is most useful for females. Other points to note are the visible discoidal spots on the forewings, sometimes edged in a little white, the lack of a cell spot on the forewing underside and the disposition of the topmost pair of spots in the postdiscal sequence of the underside hindwing. These are slightly separated from the rest of the arc of spots, giving the appearance of a colon. Where artaxerxes and agestis overlap, in central Europe and northern England, agestis (the brown argus) is best recognised by its slightly rounder wings and the completeness of the bands of orange submarginal lunules on the upperside. In artaxerxes, especially in the male, there is considerably less orange on the forewings and the wings are a little more pointy. It is not unusual, however, to come across individuals that seem intermediate and cannot easily be placed. In Switzerland, artaxerxes flies right down to the valley, where it may sometimes show quite a lot of orange. Aricia montensis used to be considered a subspecies of artaxerxes - and still is by many. It has more pointy wings than the brown argus (agestis) but also more orange than artaxerxes. According to Leraut it replaces artaxerxes in Iberia.

The brown argus is double-brooded, flying in May and June and then again from July through to September or October. The caterpillars feed on various plants in the geranium family, including rock rose and storksbill. They hibernate while small.