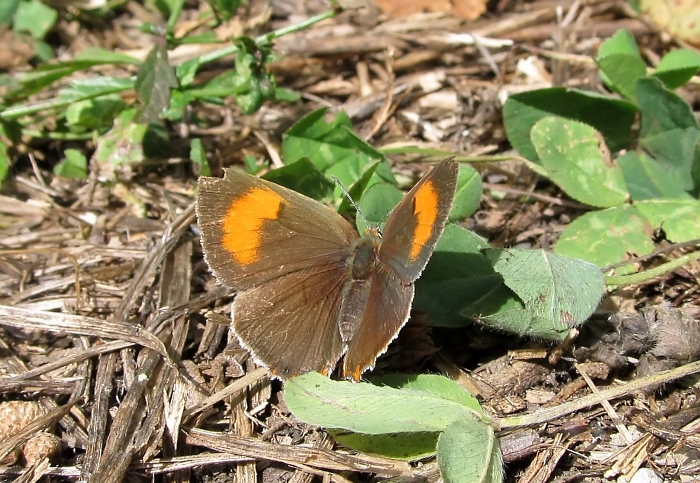 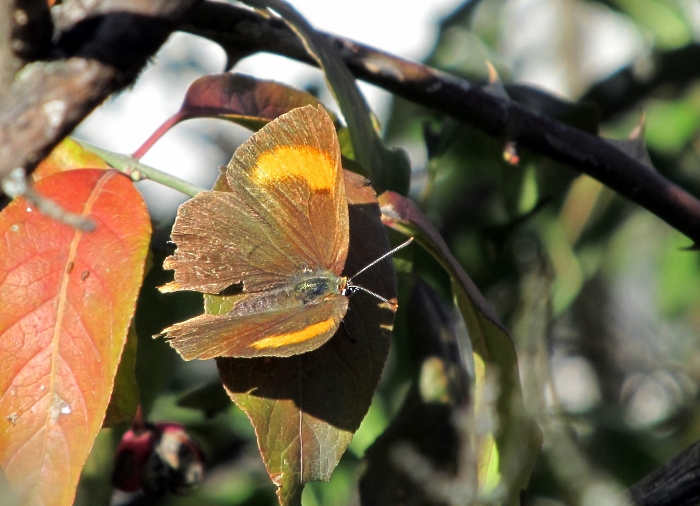 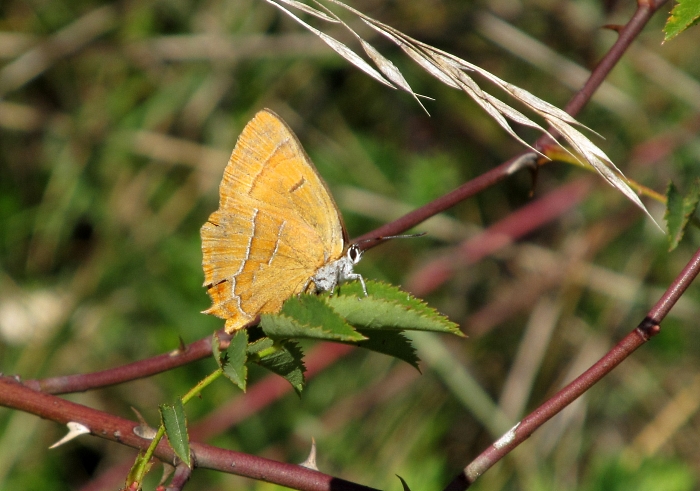 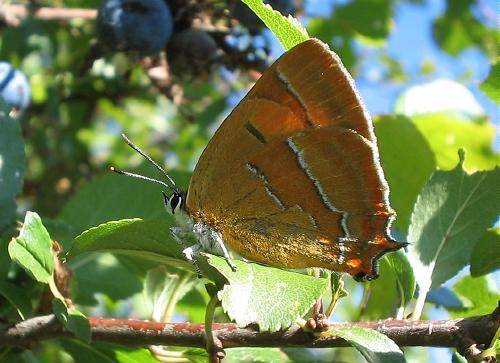 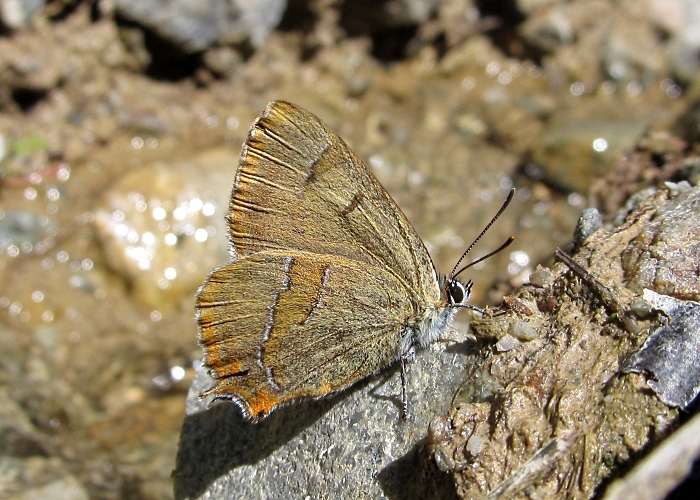 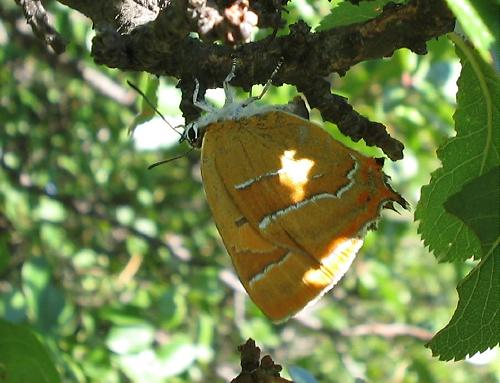 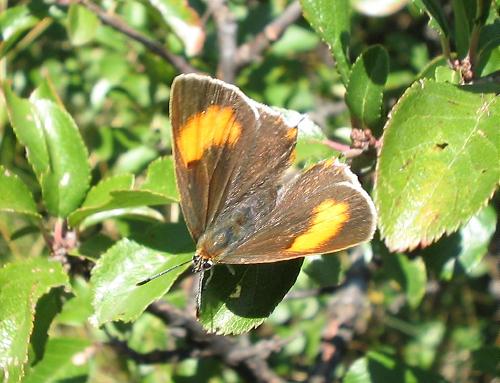 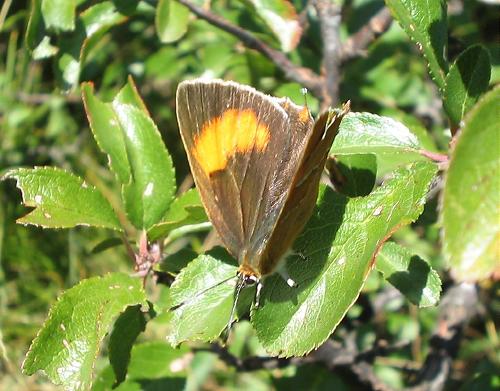 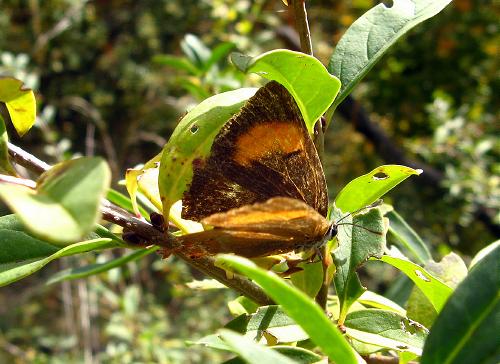 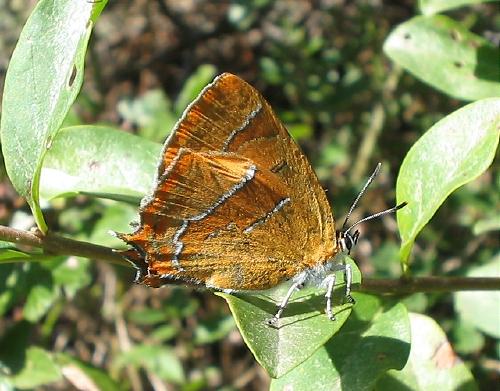 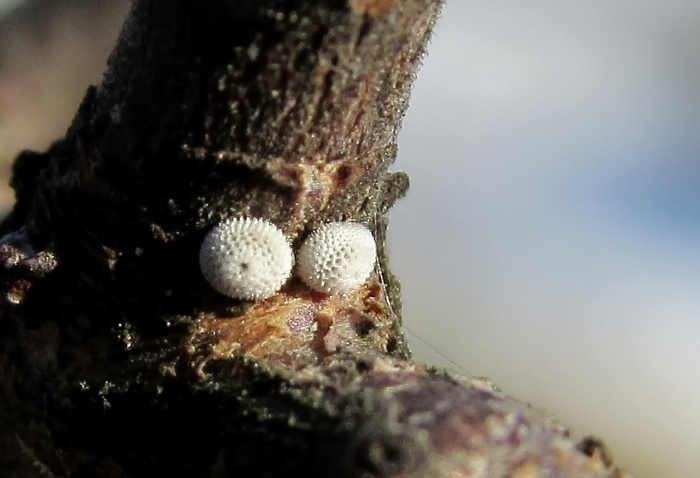 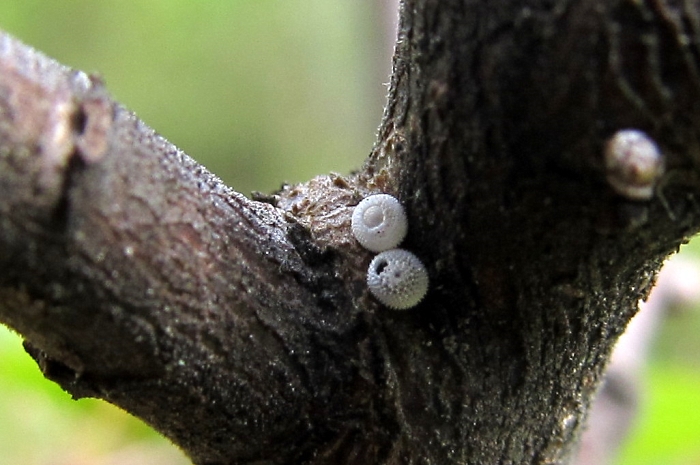 Eggs, Switzerland, May 2014. The upper one is normally hatched. The lower one was probably
parasitised/predated as the hole is in the side. 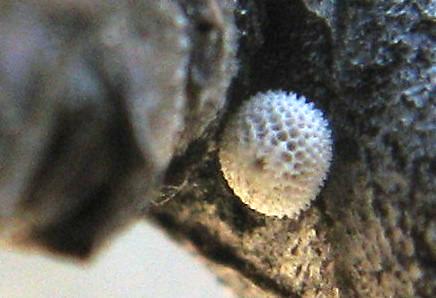 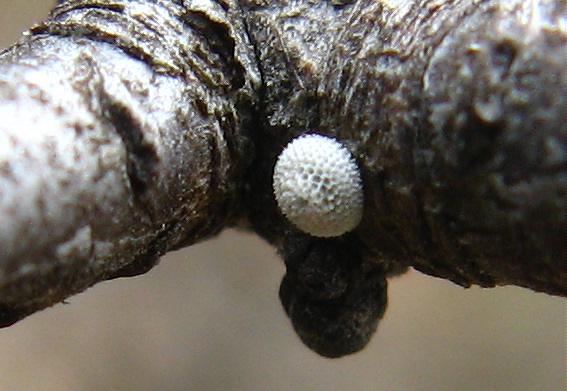 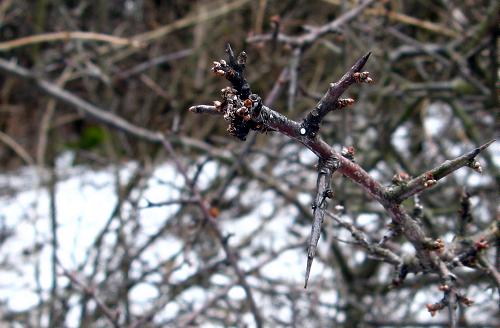 Switzerland, January 2010.
The egg stands out clearly on a blackthorn twig. 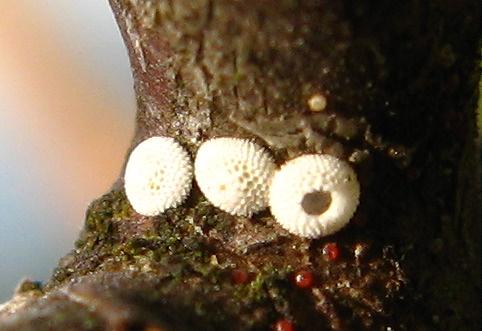 Here are three eggs in April 2010. The one on the right has hatched. 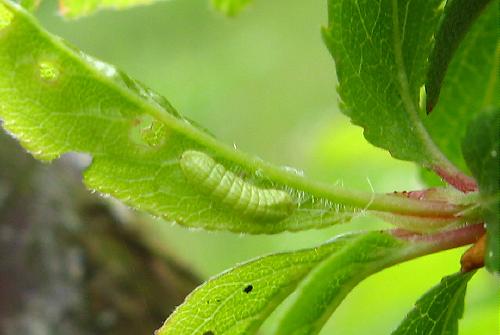 A young caterpillar, Switzerland, May 2010 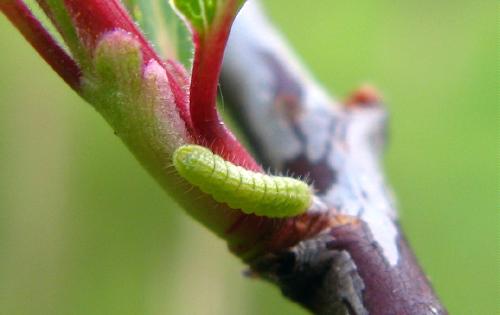 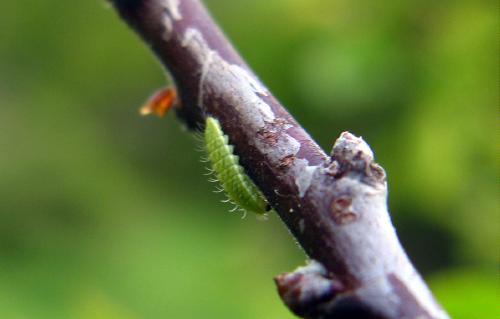 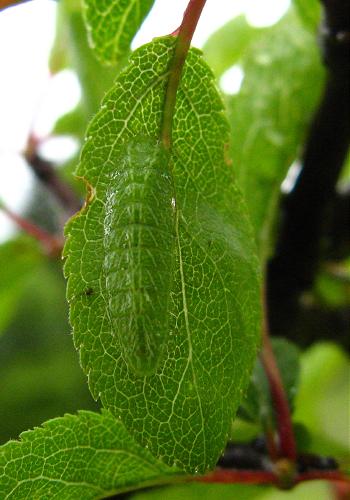 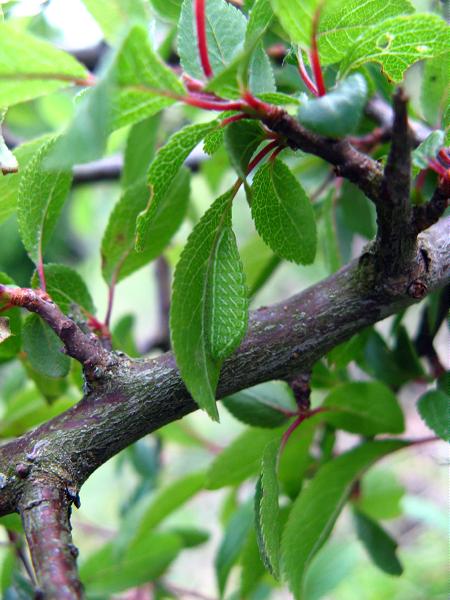 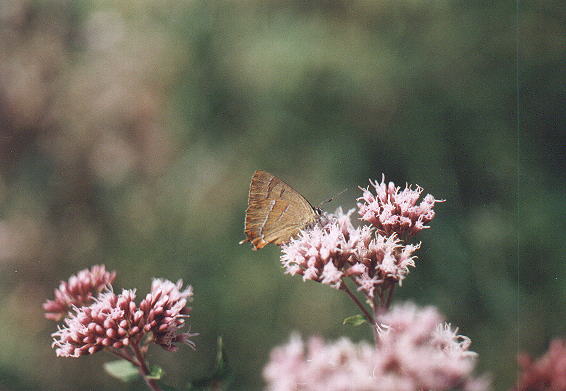 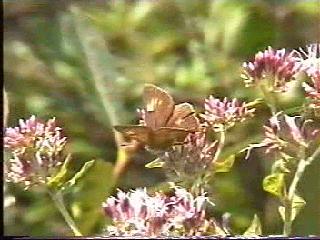 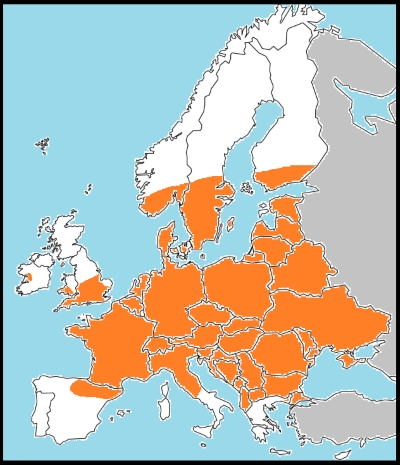 
This beautiful butterfly is to autumn what holly blues and orange tips are to the spring - except, unfortunately, that it is generally less common and harder to find. Despite the name betulae, meaning 'of the birch' (and its French equivalent, la thécla du bouleau) brown hairstreaks almost exclusively use blackthorn as a foodplant. The easiest way to find a colony is to search this plant in winter, when the leaves have fallen. The conspicuous, white eggs, usually laid in forks of healthy branches, are relatively easy to locate once one gets one's eye in. They are typically laid singly but may be encountered in groups of two or more. They hatch in April, after which the caterpillars are a good deal less easy to track down, being perfectly camouflaged on the young leaves and rather mobile. When they are fully grown, the caterpillars descend to the litter beneath to pupate. They are soon attended by ants (they squeak to call the ants) and moved to a place of relative safety, where the ants protect and milk them. This is a beneficial arrangement as the pupae are apparently a favourite prey of foraging rodents.

The adult butterfly is easy to identify but generally elusive. Only the female sports the bursts of bright orange on the forewing - the male has a much smaller area of duller yellow. The undersides of the sexes are alike, though again the male is generally less colourful. Males are fond of taking nectar - in France I have seen them happily gorging on hemp agrimony. They will also occasionally take minerals at moist ground. Females are more often seen on the foodplant, painstakingly laying eggs or sunning themselves between efforts. They will fly long distances in search of suitable bushes. My local blackthorn patch in Switzerland was several kilometres from any other blackthorn - and too small to support a colony on its own - but I found eggs there every year.

Many eggs are lost in the south of England - and doubtless elsewhere - to flaying of the blackthorn along rides and roads. When such a scene of destruction is encountered, it is always worth checking fallen twigs for eggs and taking them home for safekeeping. They can be stored in the fridge over winter and their twigs reattached to helathy blackthorn in spring when the first leaf buds begin to unfurl.