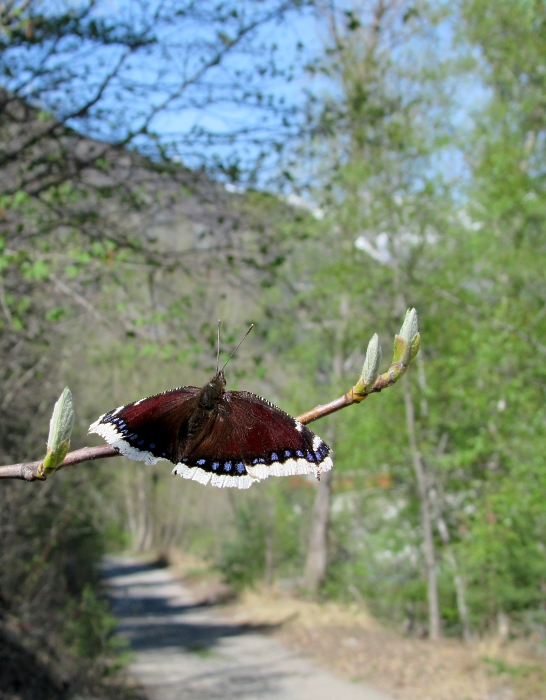 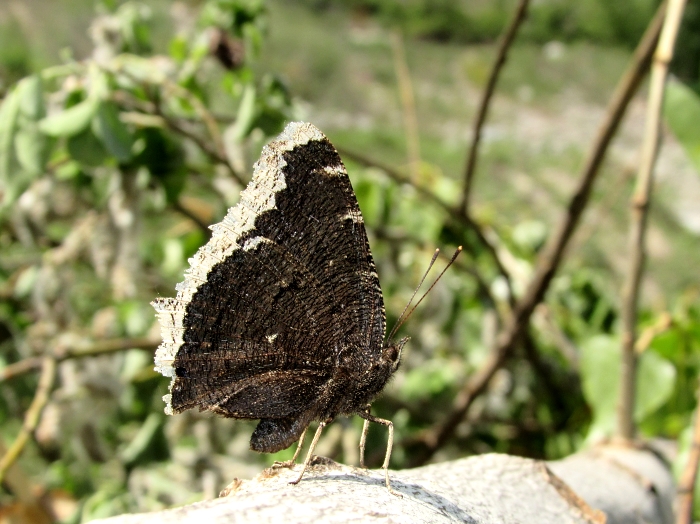 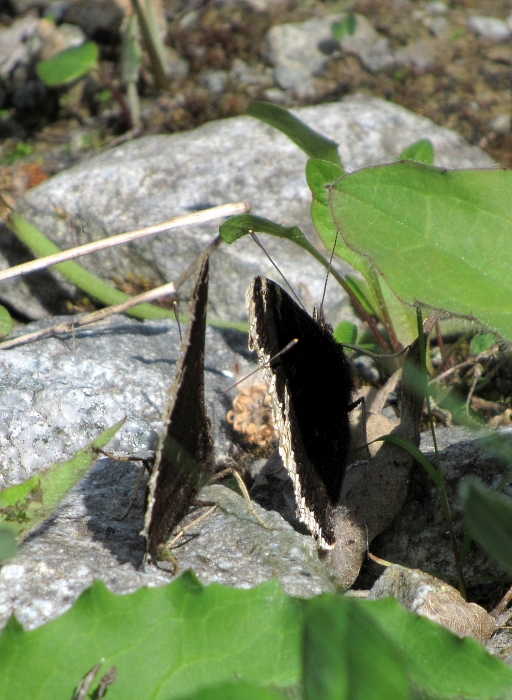 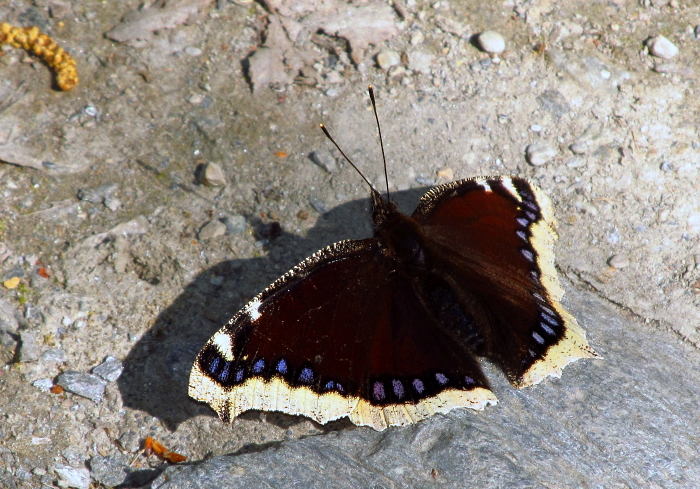 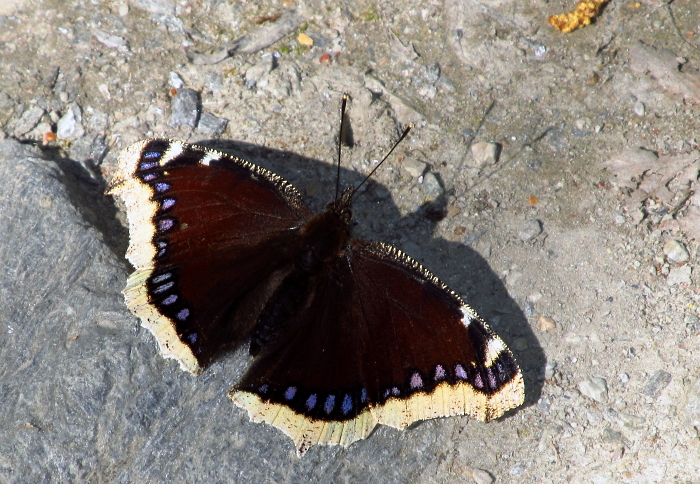 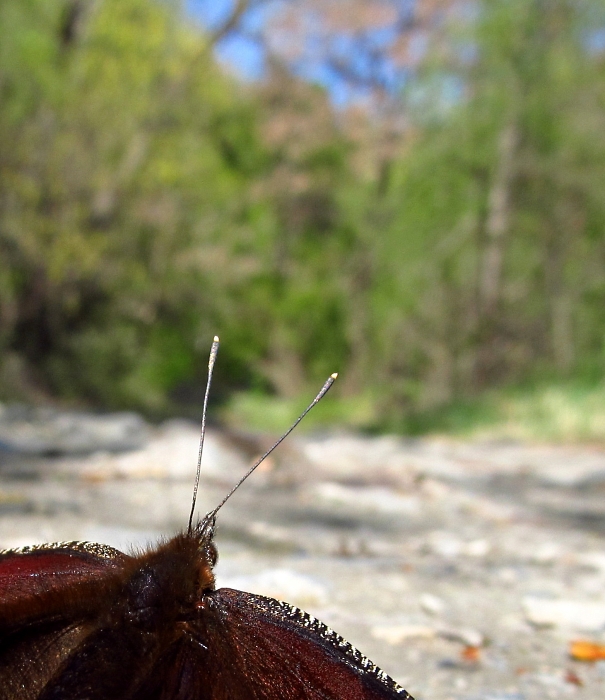 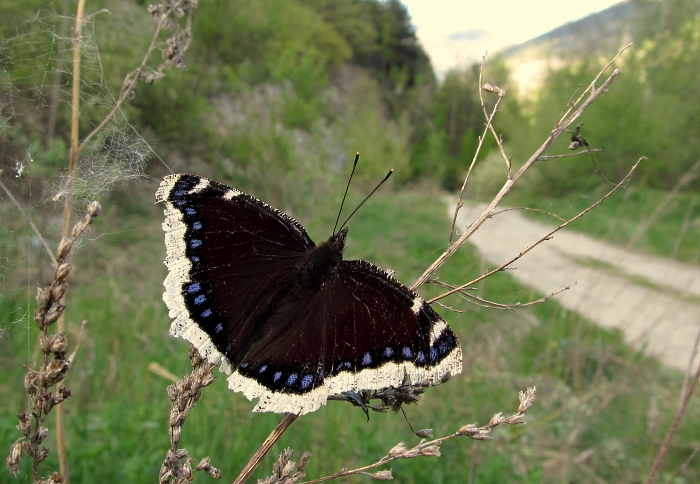 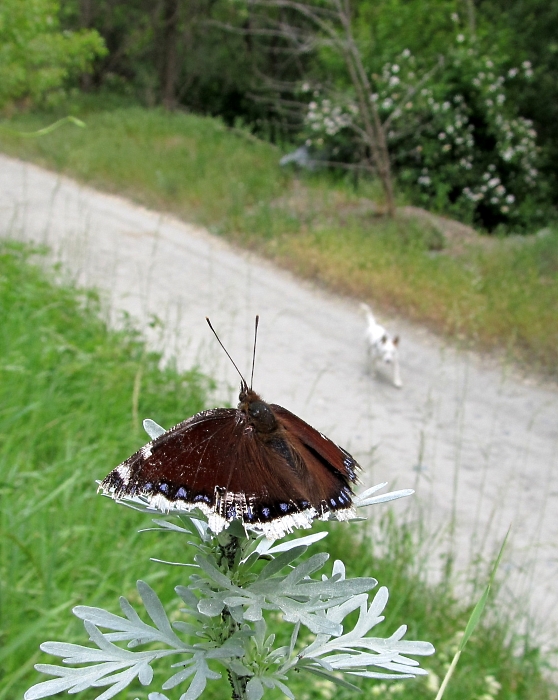 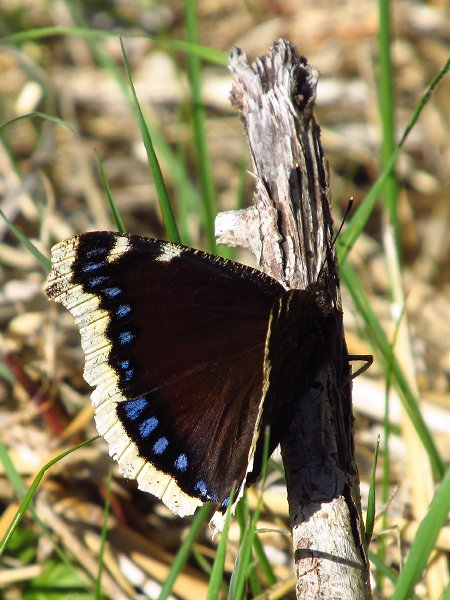 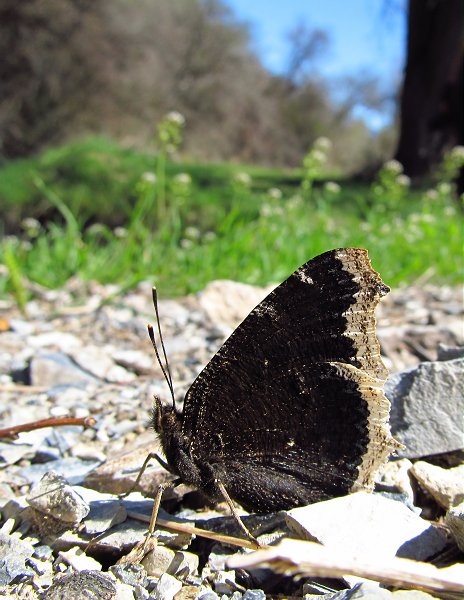 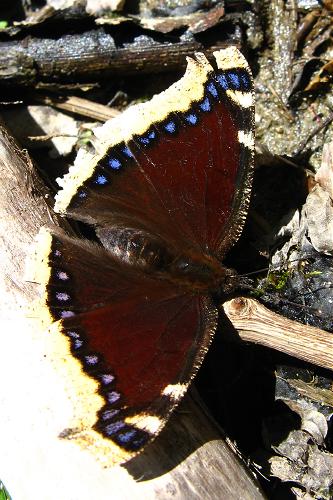 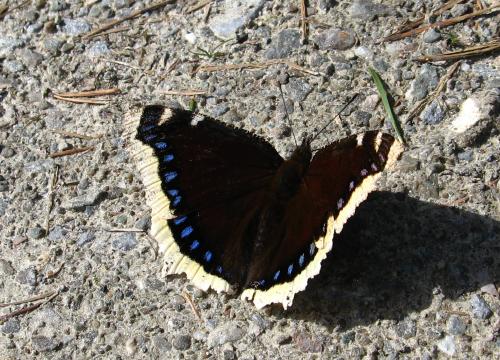 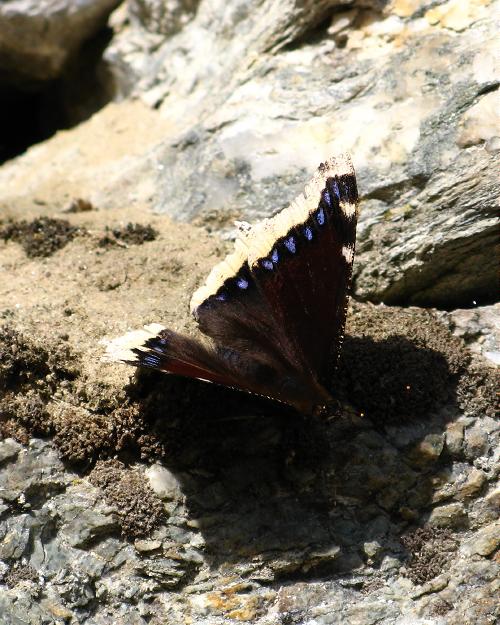 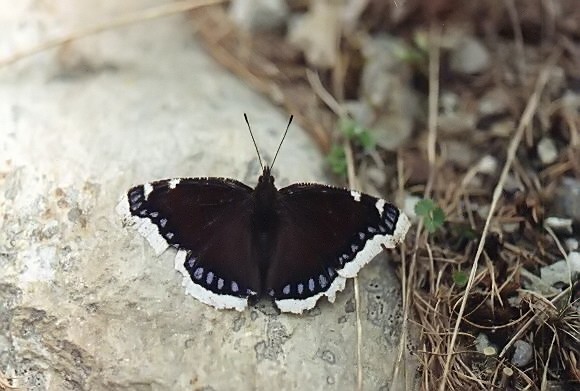 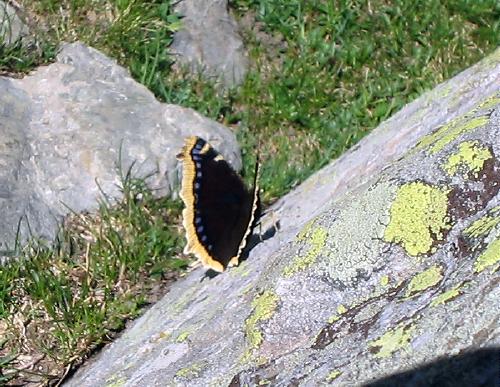 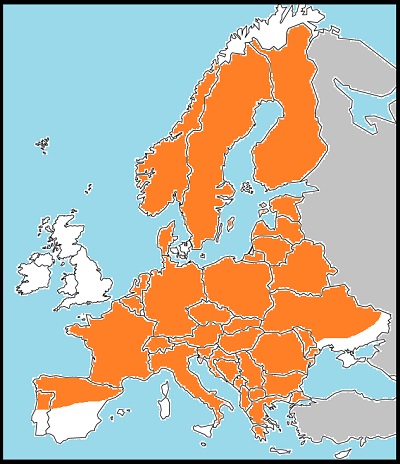 This magnificent butterfly - known in America as the mourning cloak - is generally not common, though it is widely distributed throughout Europe, extending by migration to places where it is not resident. It is seen most years somewhere in the UK but has never been known to breed there. It is easiest to find in spring, when it awakes from hibernation. Then, males can be seen defending territories from perches at any level from waist height to the lower branches of trees. Each male commands a length of track or river and swoops conspicuously between his watch posts, looking for females and warning anything else to keep away. They regularly come to the ground to take minerals and also enjoy nectaring on flowers or blossom. In my experience, they are seldom far from water and usually near fast-flowing streams. In Switzerland the first males emerge in late March or early April and the species is still flying, though generally in very poor condition, in mid-June. Summer individuals either disperse, when they may be seen almost anywhere - so are at a low density and hard to find - or go quickly into hibernation. I find summer Camberwell Beauties pretty much at random - often flying through mountain passes at up to 2500m. They hibernate in suitable breeding sites, where their foodplants - principally Salix alba but also other willow and poplars - grow.

There is no chance of mistaking this butterfly for any other species. Nothing resembles it in the slightest, though when silhouetted against the sky it could perhaps be taken in flight for a large tortoiseshell or peacock.