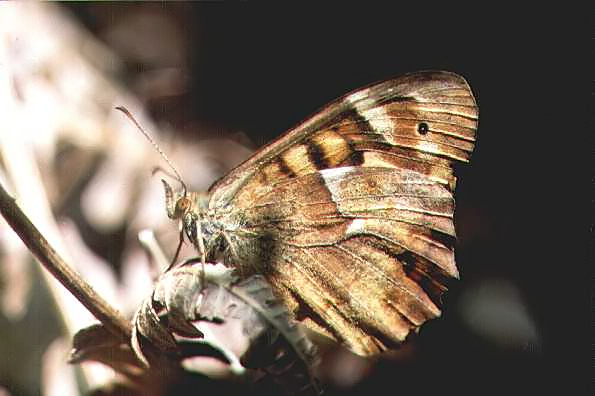 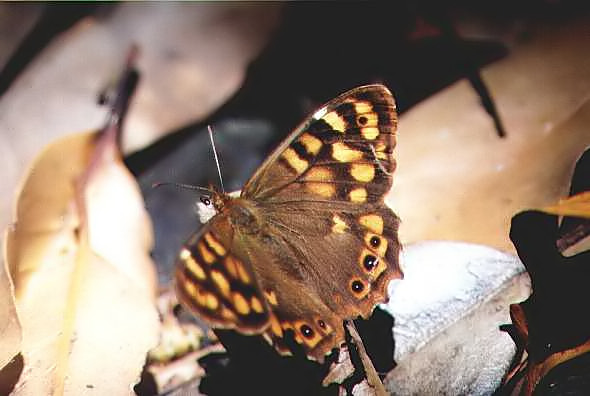 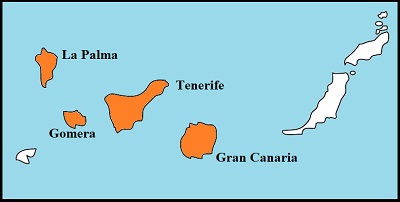 Endemic to the Canaries, this is typically a butterfly of chestnut and laurel forests. I found it in woodland as I descended from the central ridge into the eastern side of La Palma. The Canaries have little in the way of seasons and Canary speckled woods can be found in any month of the year. Tolman says their hibernation stage is unknown. It may be that they breed continuously without diapause. I would like to go back to the Canaries one day to take better photos.

There can be no problem with identification, as speckled woods are not recorded from the Canaries. There are points of distinction, however, which could be useful if the speckled wood spread there. The outer margin of the forewing is flat, not concave, and there is a white mark on the costa of the underside hindwing.

The caterpillars feed on a variety of differen grass and sedge species.