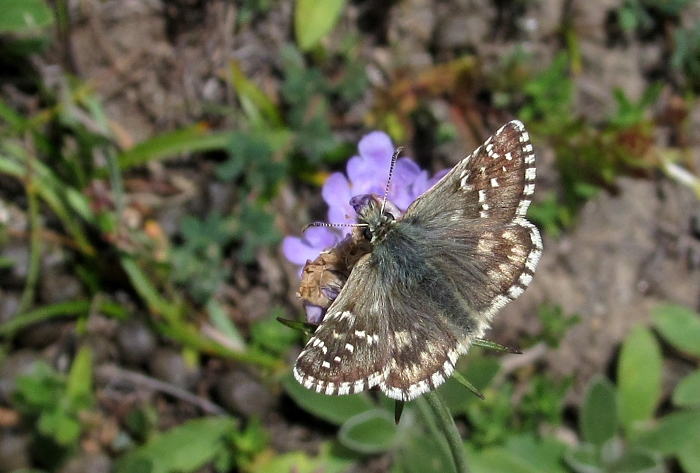 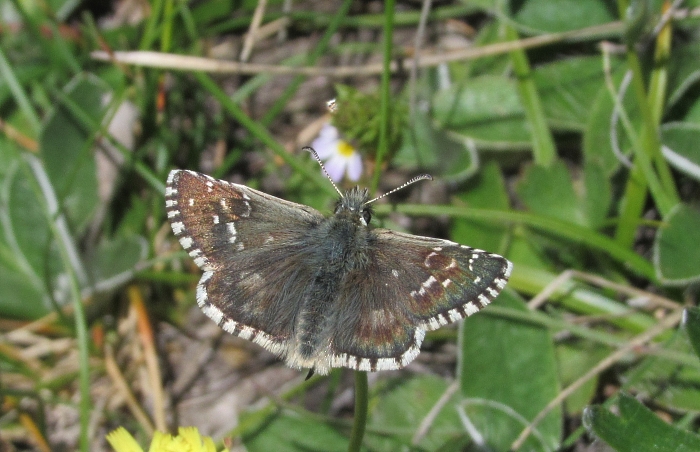 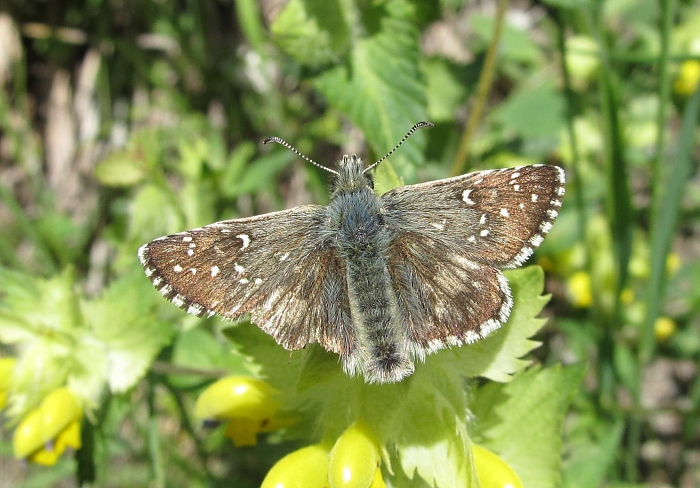 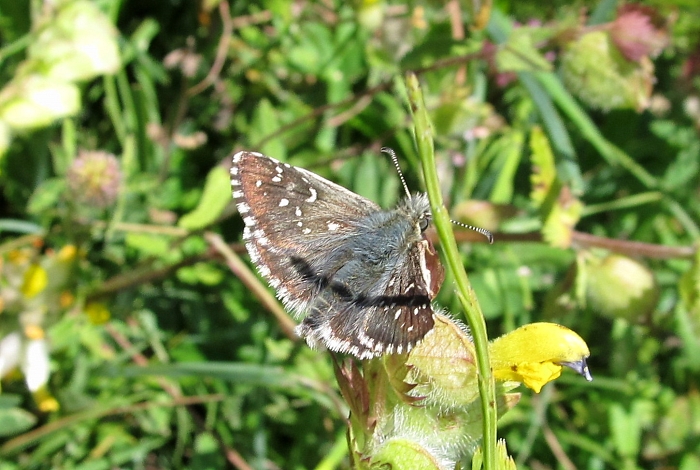 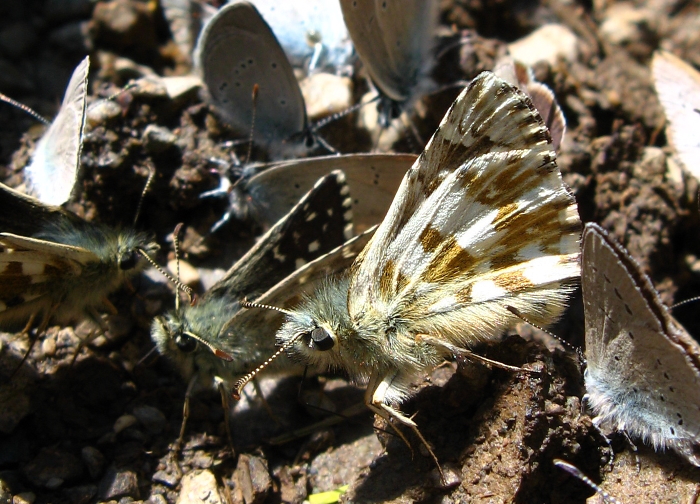 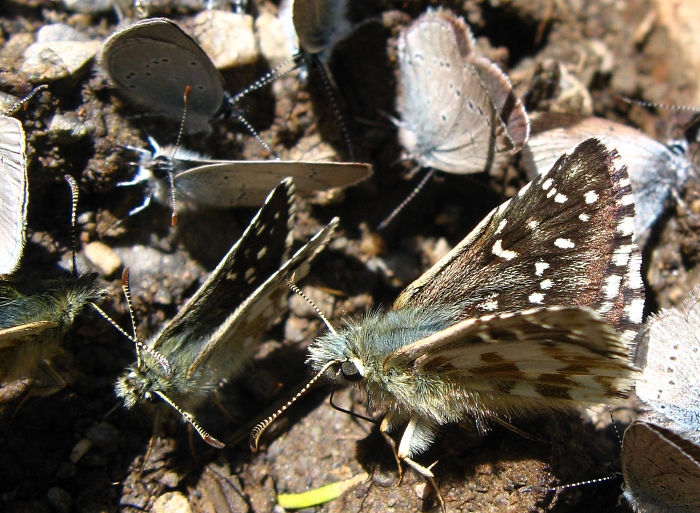 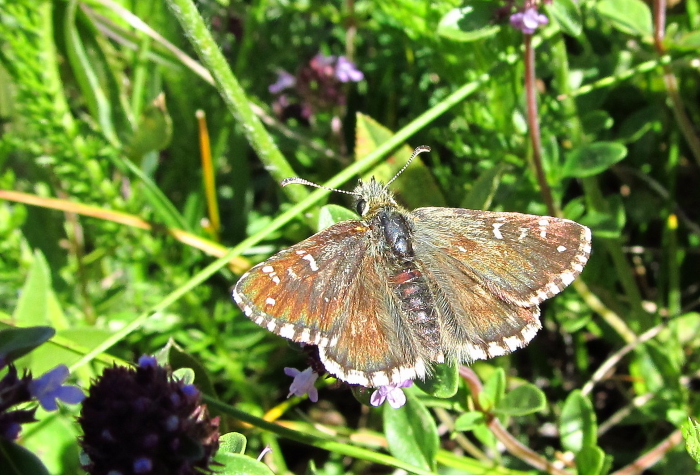 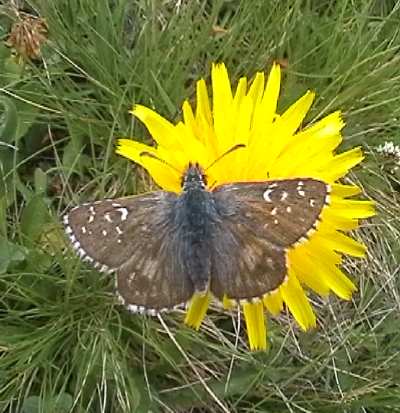 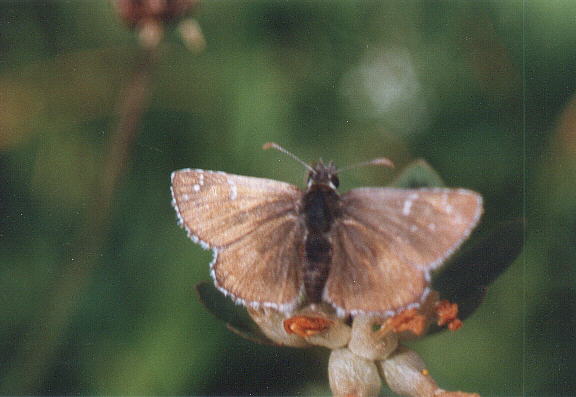 Female - this rather umarked pattern is not uncommon 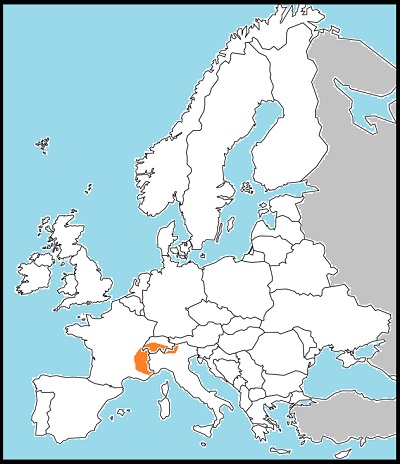 This is a local but sometimes common skipper of high alpine meadows and hillsides in a rather restricted area of France, south Switzerland and Italy. I have good colonies near me in Vaud, at about 1500m and have seen carline skippers as high as 2300m in eastern Valais. Males readily gather on tracks and moist ground to take minerals, while females are more often seen off the track, nectaring in areas of vegetation.

Carline skippers are small to medium-sized skippers. Males generally have complete and distinct markings on the upperside forewing - usually discrete rather than confluent - and obscure markings on the upperside hindwing. Characteristically, the mark at the end of the forewing cell is c-shaped outwardly. This feature should be taken in conjunction with others, but is quite consistent and a good marker. The female is browner and often very sparsely marked on all wings, but she also has the c-shaped cell mark. The underside ground colour is bright and often orangey, with pale veins. The white marginal mark in s.4 is strong and rectangular, while the discal series is often broken in ss.2 and 3, with small or absent spots there.

The larval foodplants are various species of Potentilla. Eggs are laid separately on leaves and the fully formed caterpillar hibernates within the egg, hatching and feeding up the following spring. The adults fly in a single generation in July and August.