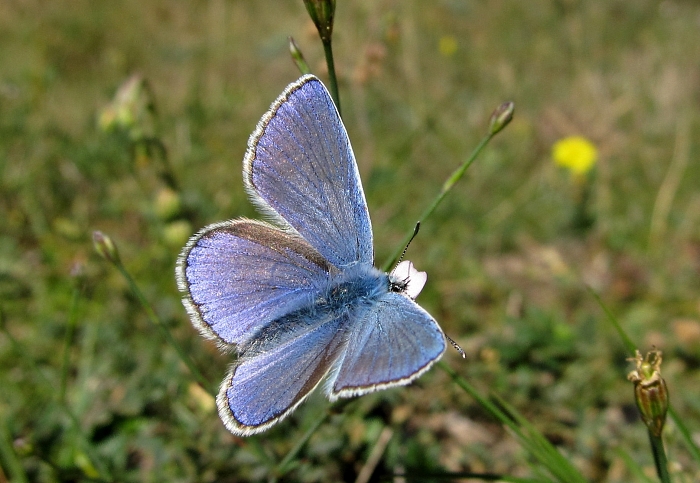 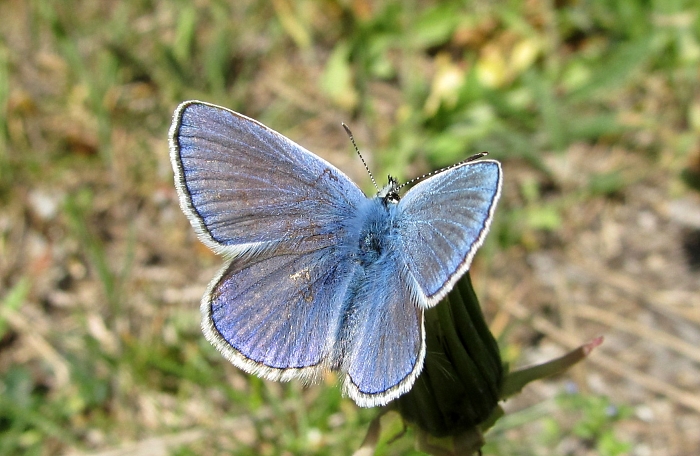 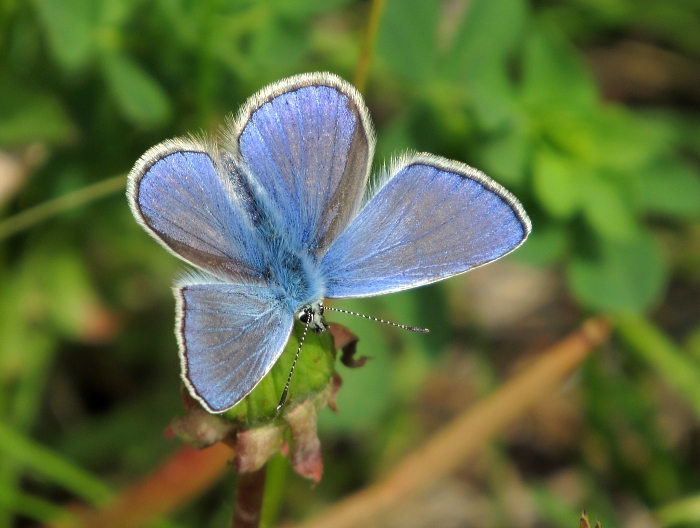 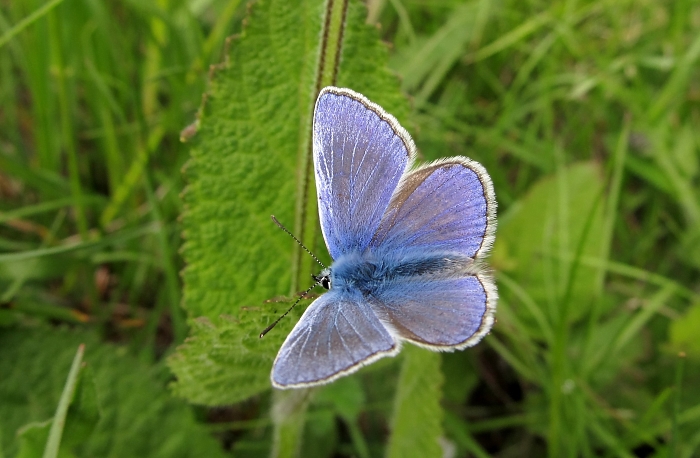 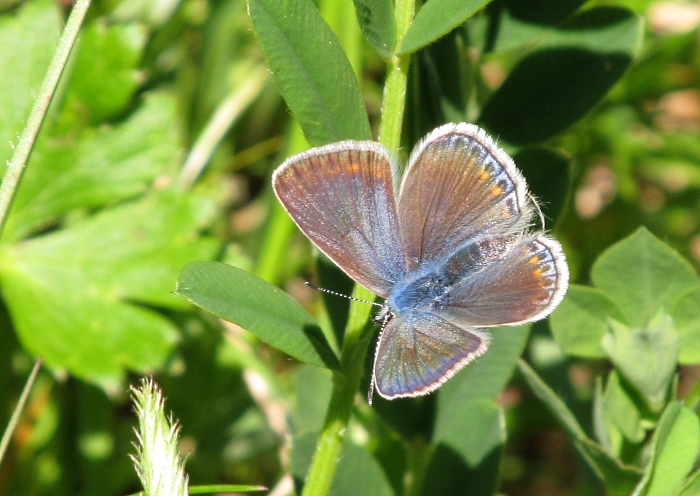 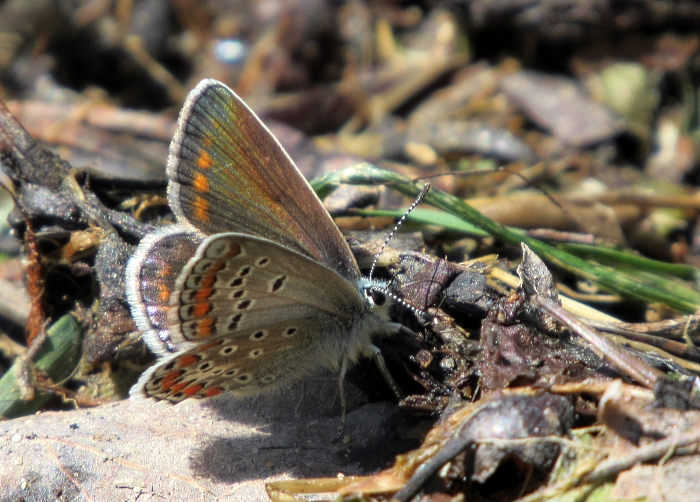 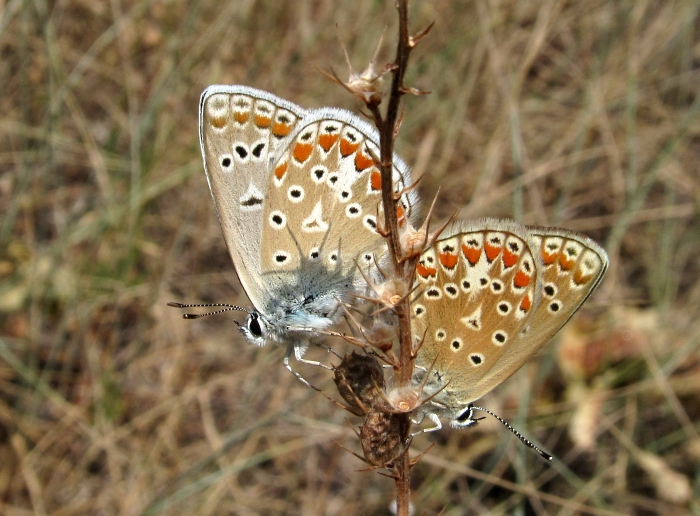 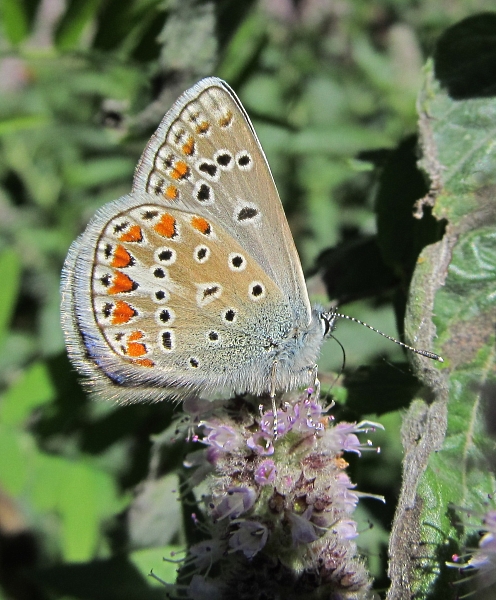 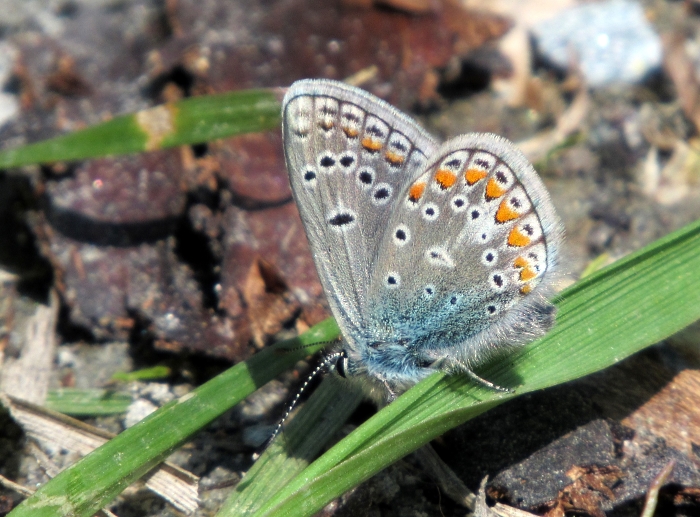 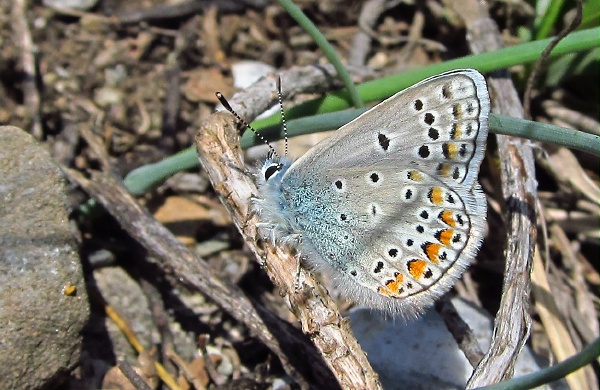 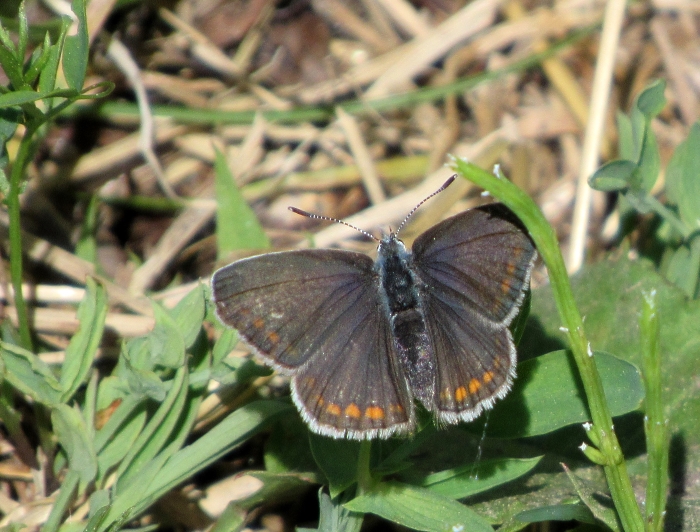 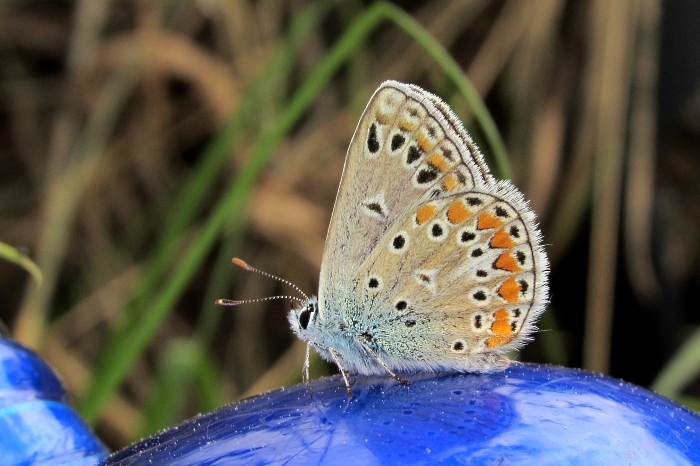 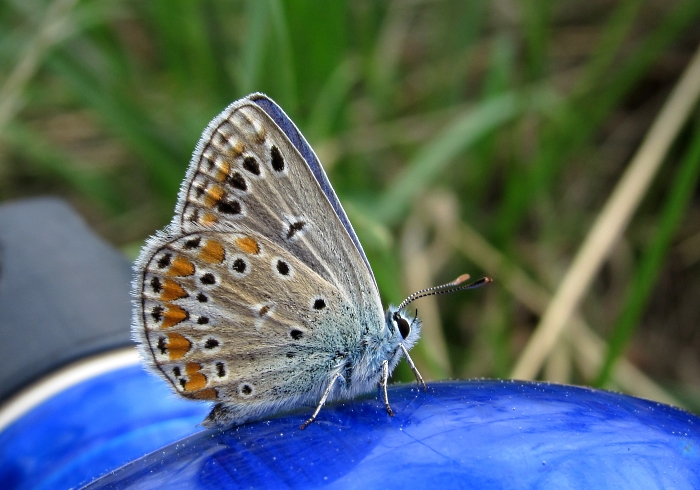 The other side of the same male 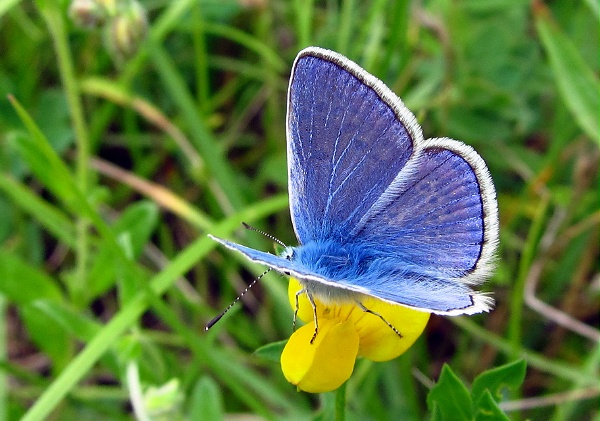 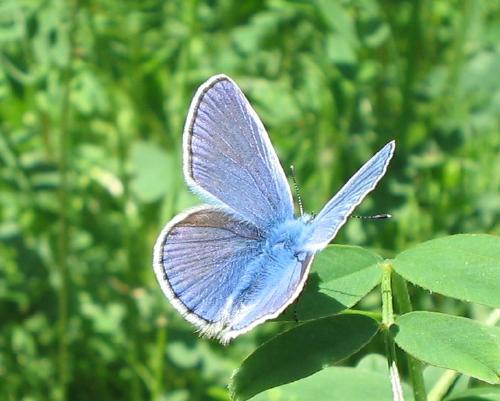 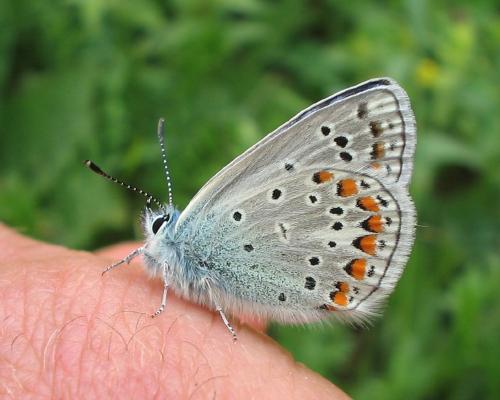 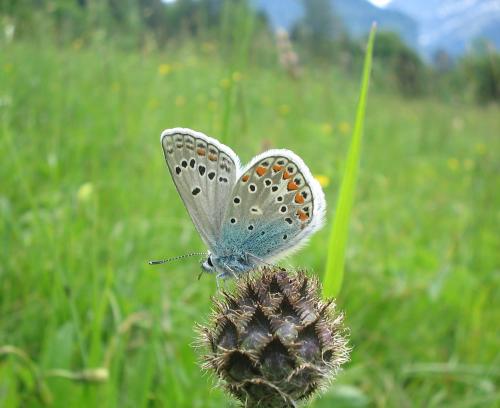 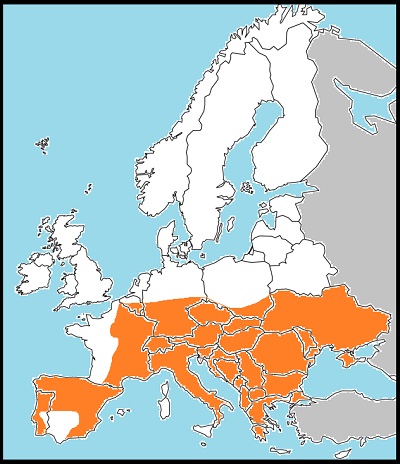 This is a widespread and often common butterfly in the southern half of Europe. It is a butterfly of flowery grassland up to moderate altitudes where its foodplant, sainfoin, grows.

Superficially, Chapman's blue is extremely similar to the common blue. The most obvious difference is the absence of a cell spot on the underside of the forewing, though it should be noted that form icarinus of the common blue also lacks this. More subtly, but easy enough to spot when you get your eye in, there is a somewhat fuzzy patch of androconial cells extending over much of the discal region of the upperside forewing. This is most visible from certain angles, so it is worth moving your head around a bit to check for it. Another point to look for concerns the black submarginal spots on the underside of the hindwing. In Chapman's blue these are typically rather discrete, being set in a white surround, whereas in common blue at least some of them are contiguous with the orange inside. This characteristic is useful for the female, too, which is otherwise very similar indeed to the female common blue.