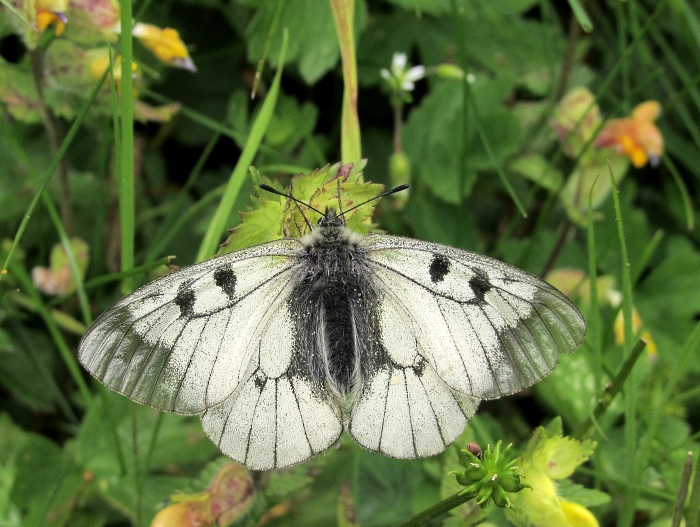 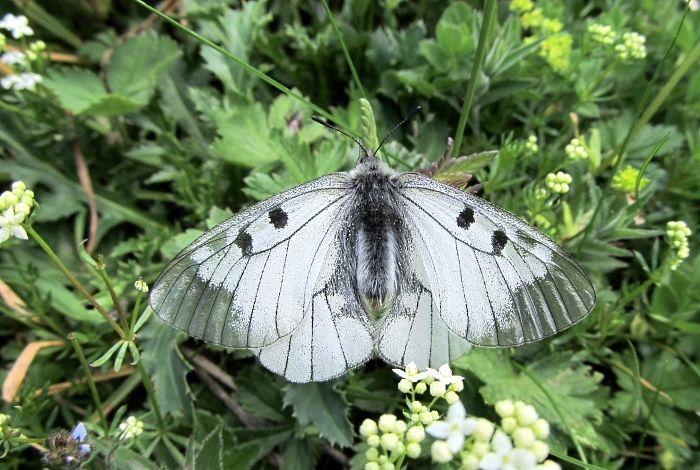 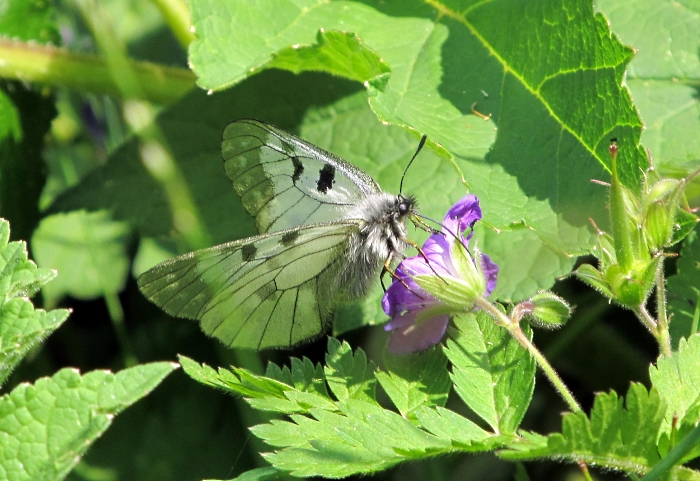 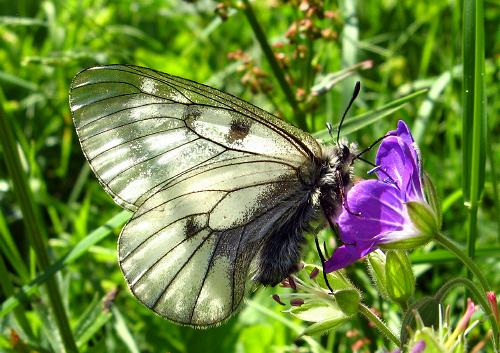 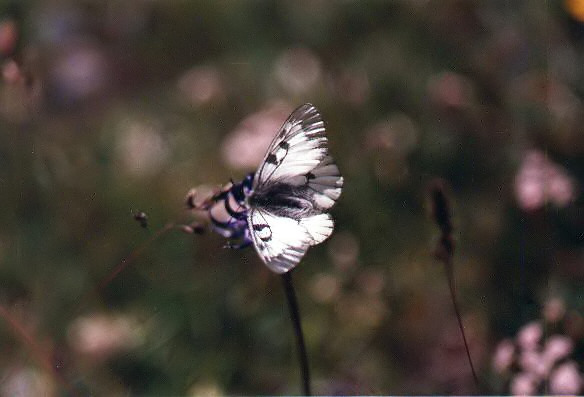 My first ever picture, from Switzerland, taken many years ago! 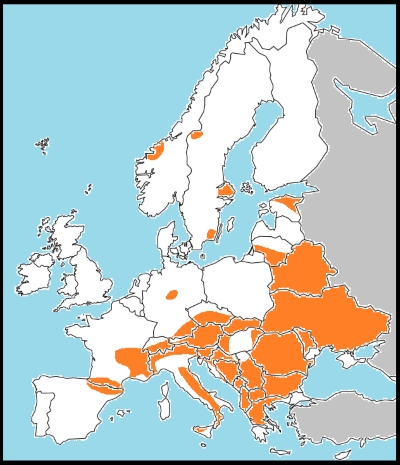 The clouded Apollo is commoner than the Apollo in my region of the Alps, though in general it is a scarcer butterfly. I have also seen it in the Pyrenees. It flies typically in June and July in a shorter flight season than its cousins, the Apollo and small Apollo.

In flight it resembles the black-veined white but is quite distinctive when seen settled. Black-veined whites lack any black spots on the wings. Unlike the Apollo and small Apollo, the clouded Apollo lacks any red, making it equally easy to distinguish from them too. Like all apollos, it has characteristically translucent areas at the wing tips, making it less conspicuous at rest than you might imagine.

This is a difficult butterfly to approach closely, being very wary and capable of zooming off a considerable distance - usually over a steep slope - without any effort. It does stop frequently, though, and the photographer's best opportunities are on mixed cloudy/sunny days when advantage can be taken of the cloudy spells. The larvae feed on various species of Corydalis, hibernating fully formed in the egg and developing the following spring. For this reason, the date of its emergence depend strongly on when the winter snow melts.