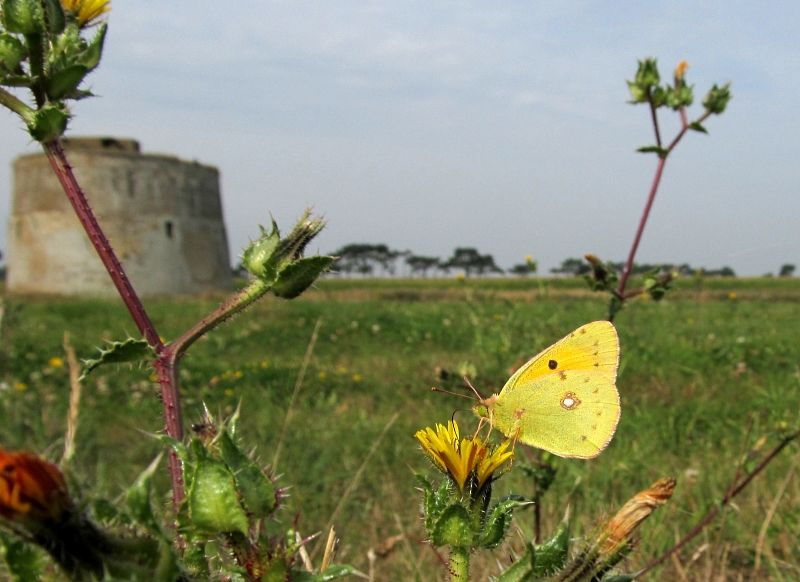 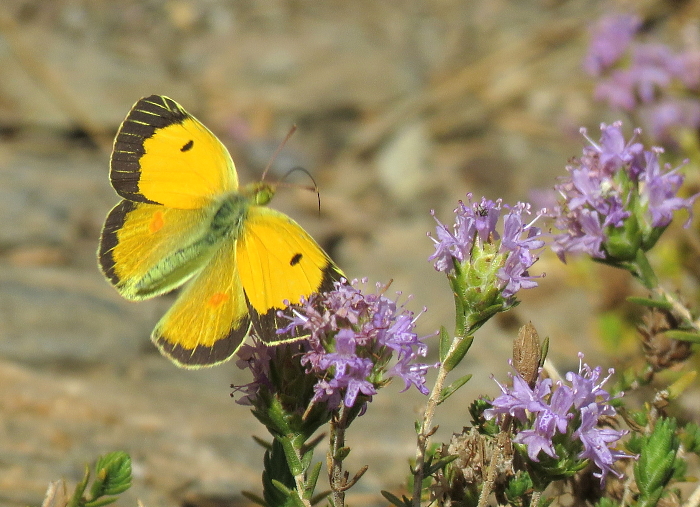 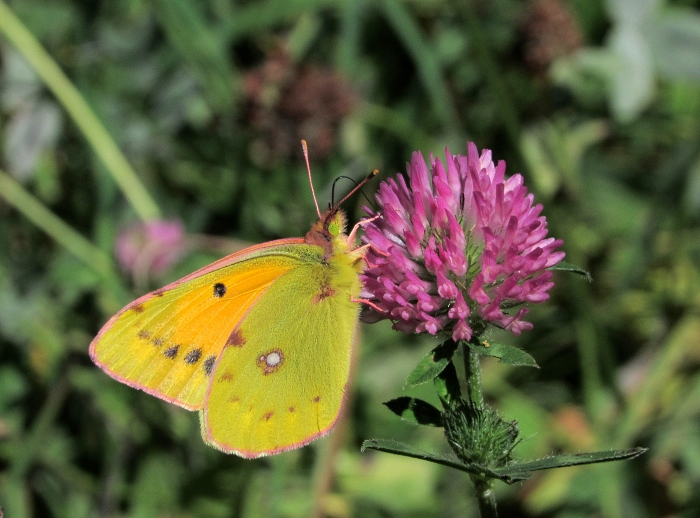 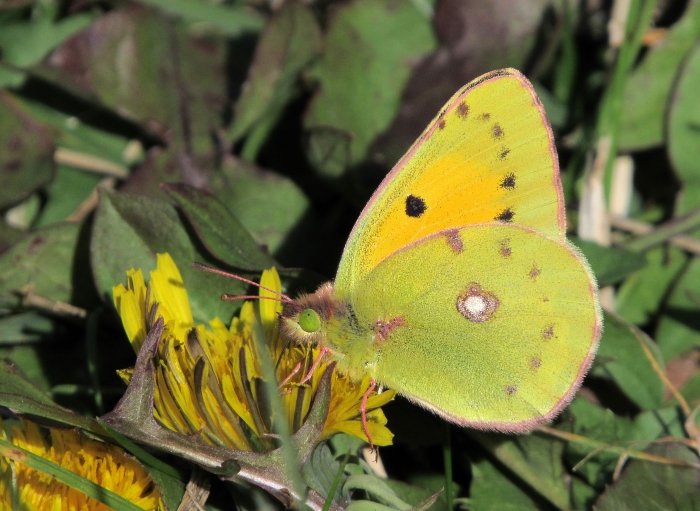 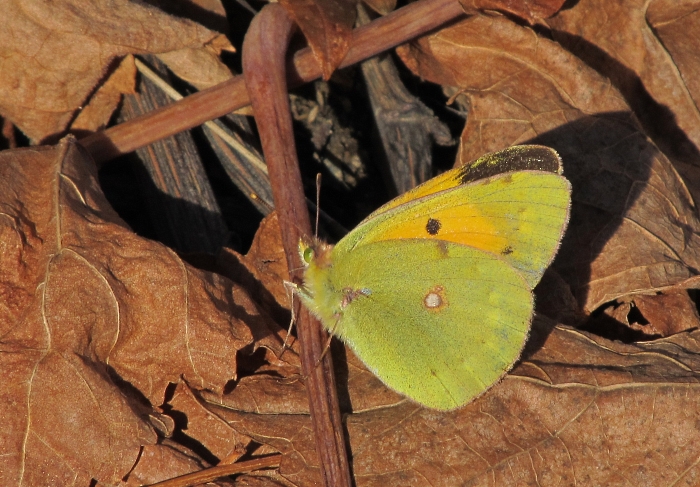 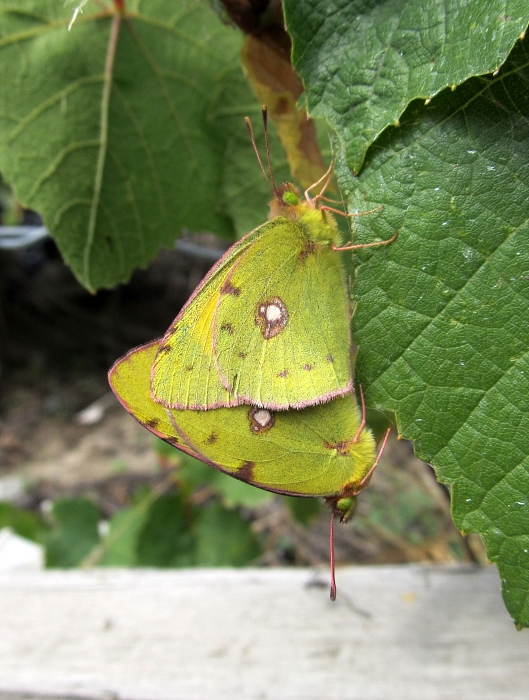 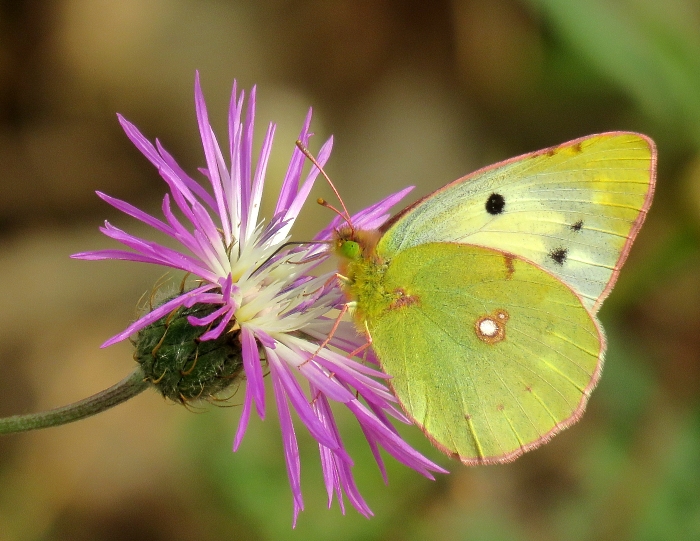 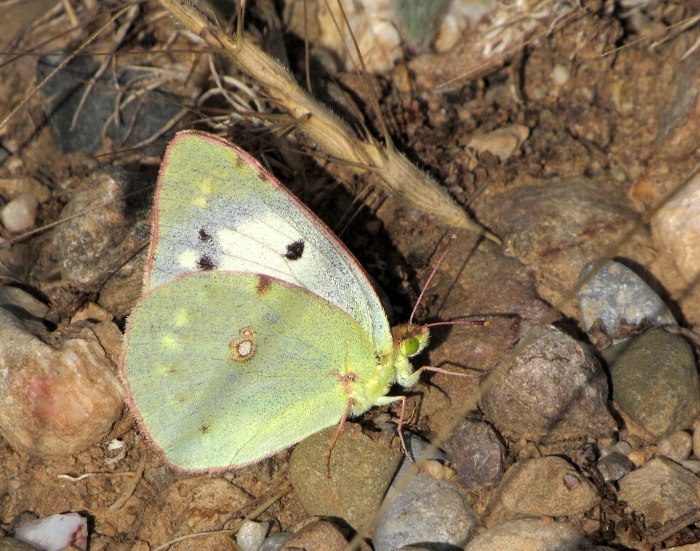 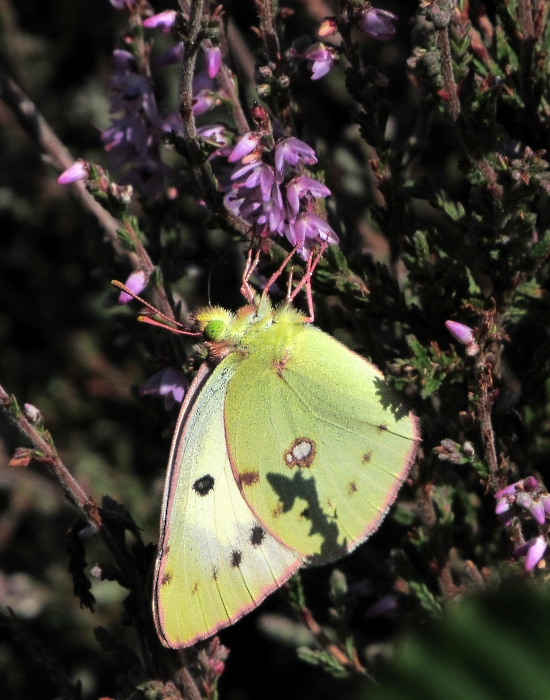 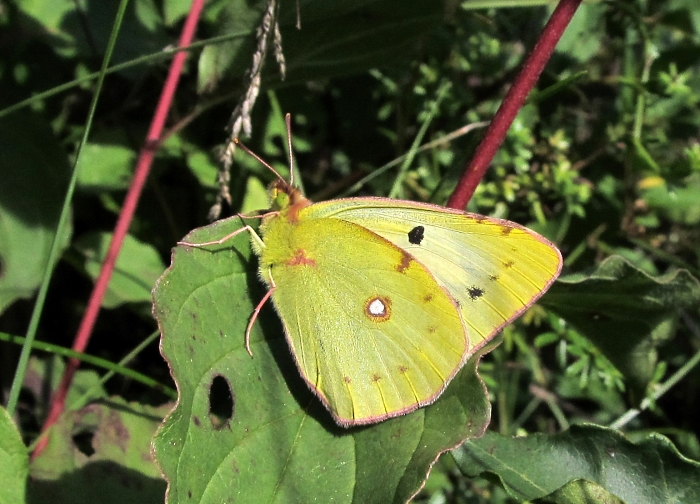 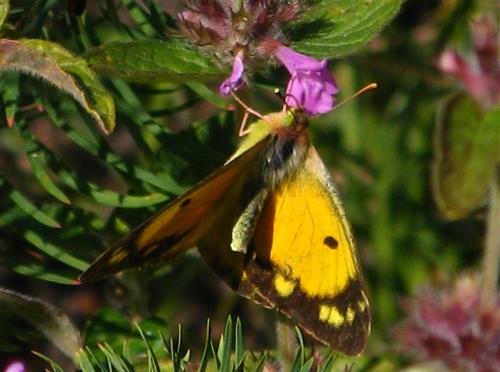 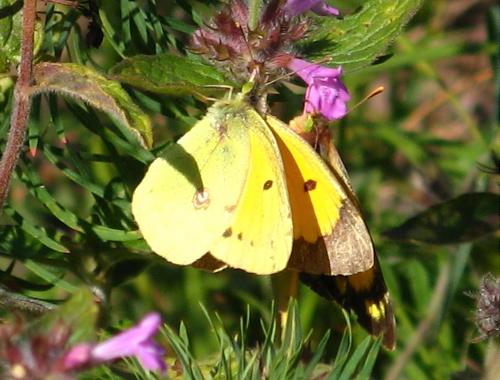 Male in front, female behind, Switzerland, 2007 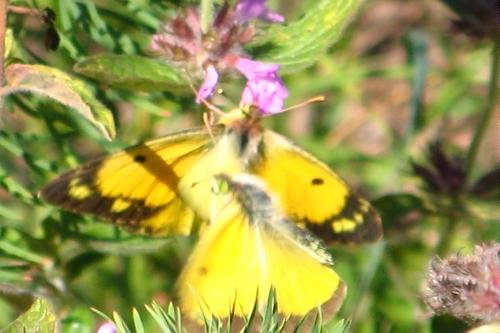 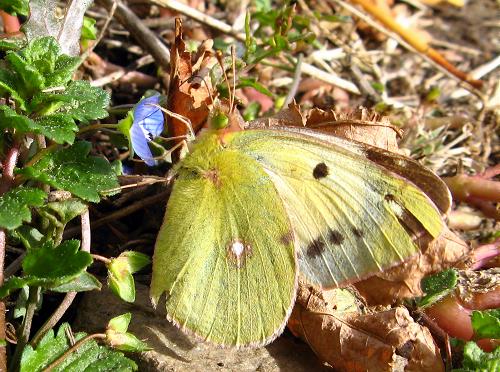 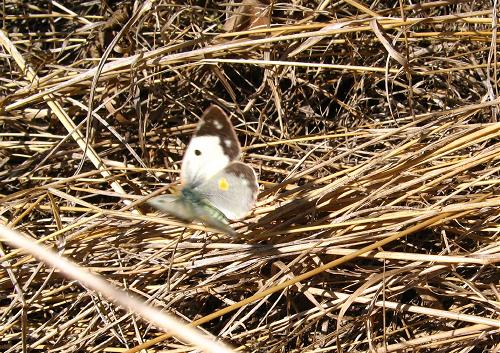 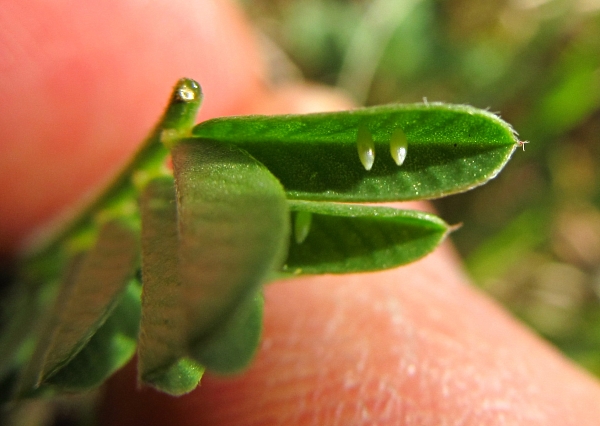 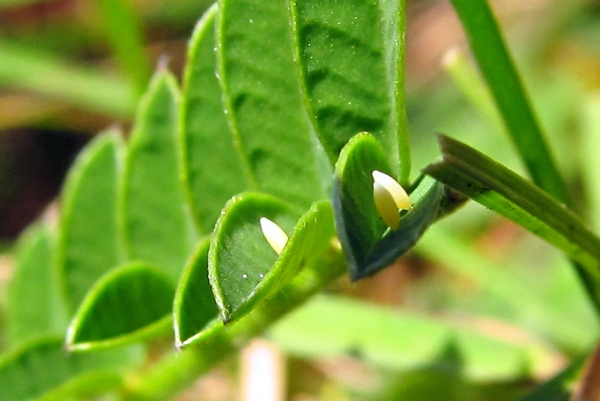 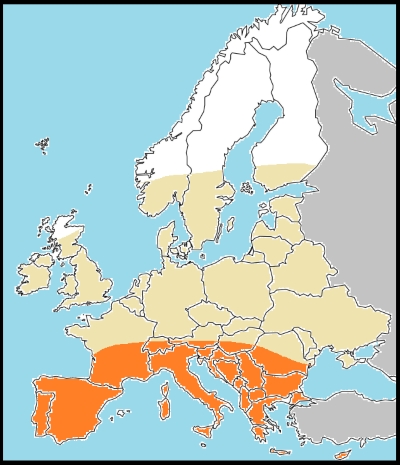 This lovely butterfly is a familiar sight in most of Europe, including the south of Britain. In most places, though, it cannot survive the winter and is present only as a migrant. For that reason its numbers vary enormously from year to year. In Switzerland, for example, it may be relatively scarce some years and abundant in others. It appears to be able to survive the winter in the Rhône Valley in favourable seasons, but certainly not every year. Because the species has no true diapause, it may be found in winter in any stage from egg to adult. I have seen adults well into December and apparently freshly emerged ones in January. The most viable state for successfully passing the winter is probably as a larva, with the option of going torpid during cold spells and feeding up slowly at other times.

In most of Europe the deep yellow colouration is sufficient to identify normal adults. The unspotted dark border of the male, often crossed by fine yellow lines along the veins, is also characteristic. A varying percentage of females present as form helice, which is white on the upperside with a rather greenish underside hindwing and a white underside forewing - sometimes with just a dash of yellow in the cell area. This form can be confused with the females of pale clouded and Berger's clouded yellows but a glimpse of the upperside, even in flight, is sufficient to identify it. The submarginal white spots on the forewing of the female clouded yellow are all completely contained in the dark band, not bursting out of it towards the trailing edge as in those other species. In the eastern Europe and the Balkans there are three other clouded yellows with deep orange, rather than yellow wings: the Greek clouded yellow (Colias aurorina), the Danube clouded yellow (Colias myrmidone) and the Balkan clouded yellow (Colias caucasica). All three have white female forms corresponding to helice of the clouded yelllow. Males and 'normal' females are rather deeper in tone than clouded yellows. In addition, the male Greek clouded yellow (found only in Greece) has characteristic purplish reflections on the upperside.

Clouded yellow larvae feed on a wide variety of peas and vetches but in my experience migrant individuals are particularly drawn to clover fields and this is where I predominantly look for them in the UK.