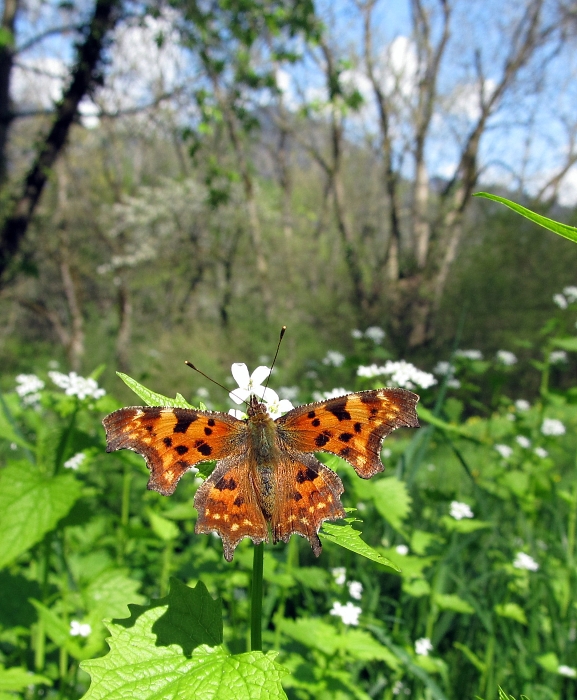 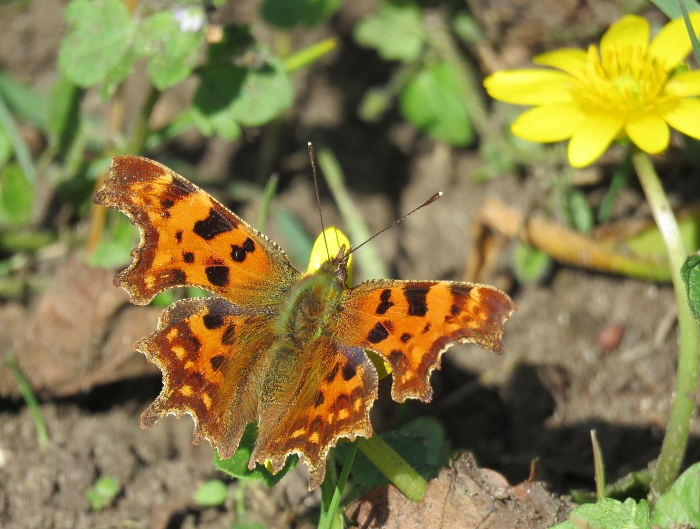 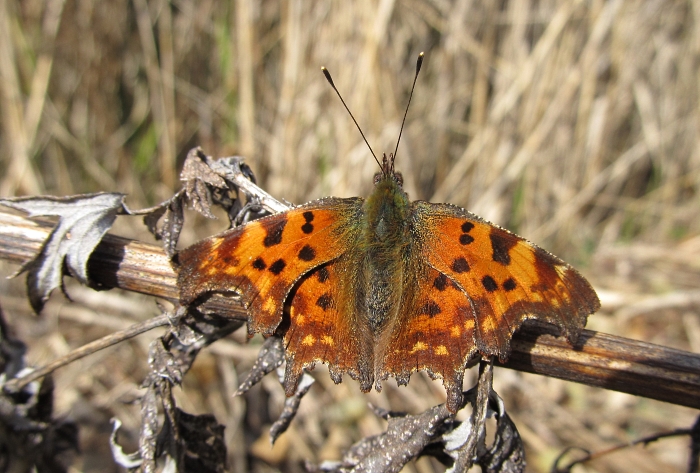 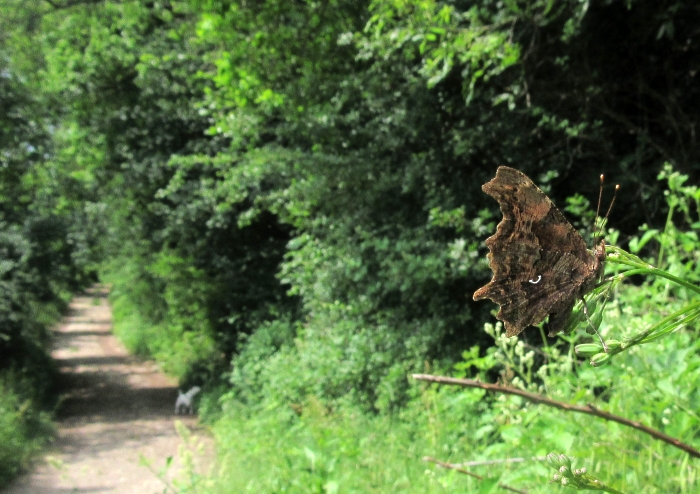 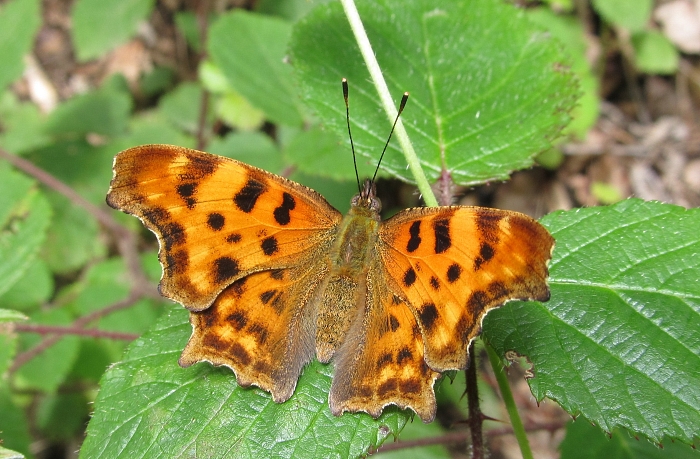 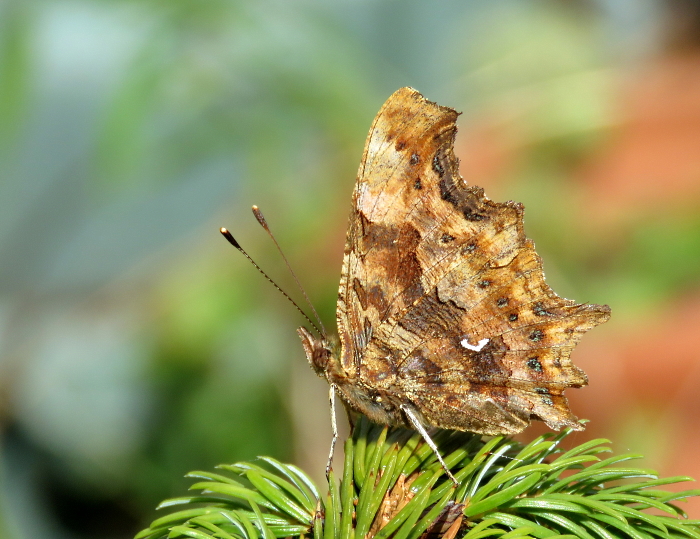 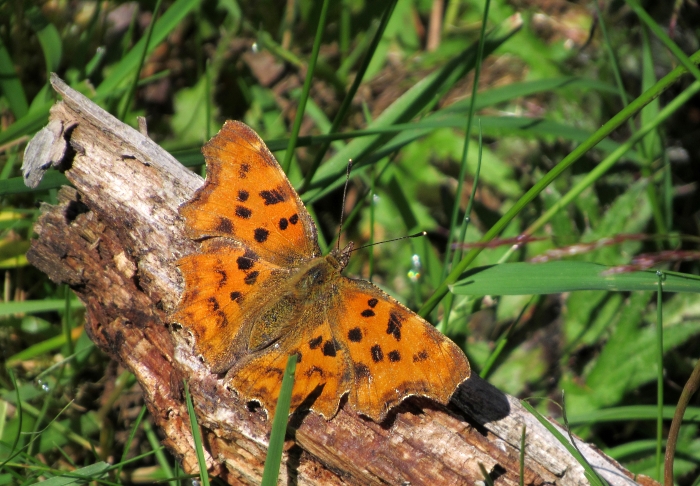 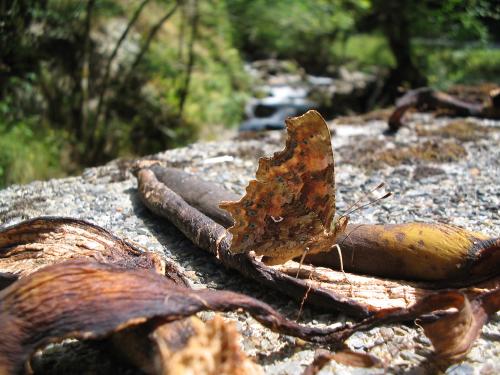 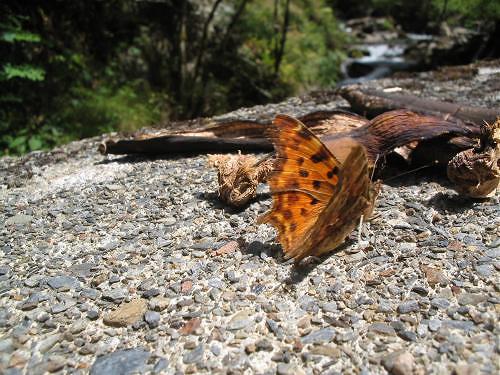 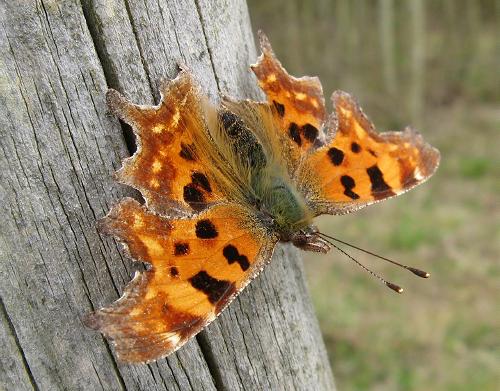 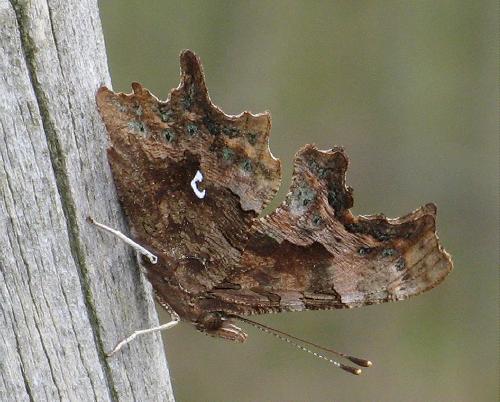 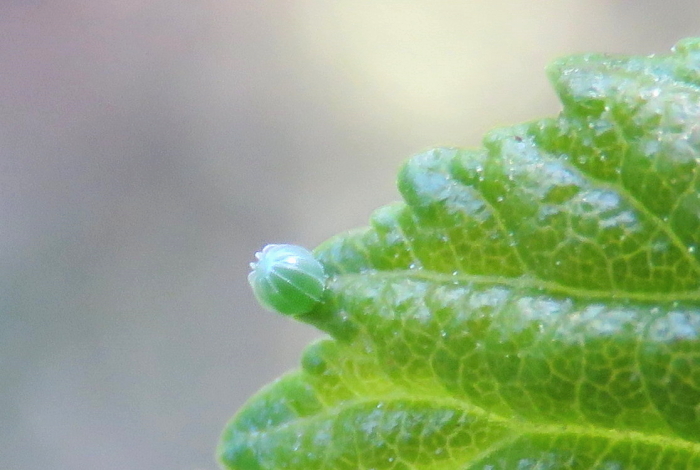 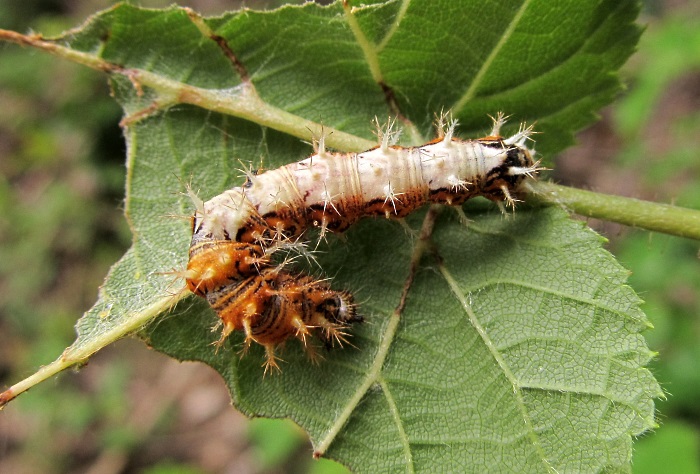 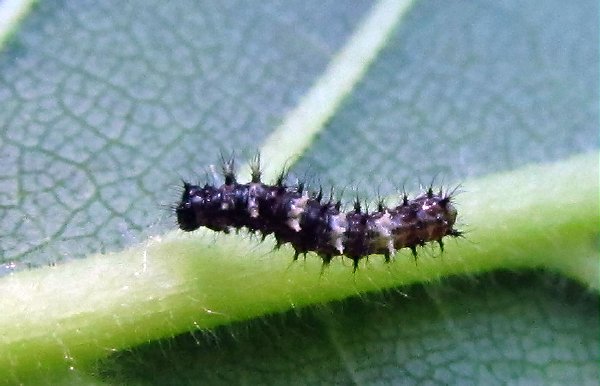 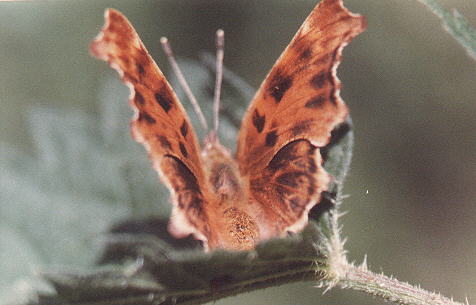 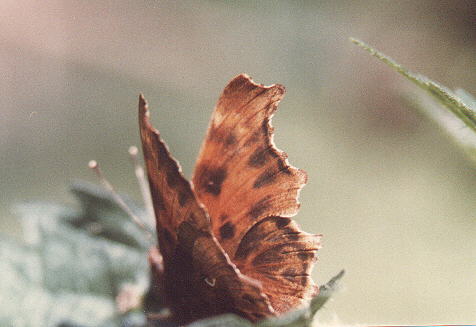 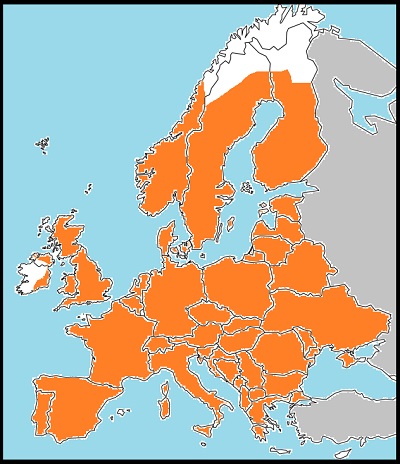 The comma is one of the first butterflies to emerge in the spring, spending the winter as an adult. It mates, lays eggs and then emerges again in two waves in the summer. The first wave, of the morphologically distinct form hutchinsoni, come from caterpillars that have completed their life-cycle while day-length is increasing. These adults are distinctly lighter in colour, than those of the normal form, especially on the underside (which is also more variegated) and the wing shape is slightly different. Hutchinsoni adults breed to produce a further generation later in the summer, which hibernates. The second wave of emergence - also children of the hibernators - feeds up on summer blossom and juicy blackberries and then goes into hibernation without breeding. These butterflies are less bright orange above and have distinctly darker, less variegated undersides. So far as I know, all emerge after hibernation at the same time and breed together.


The only butterfly with which the comma might be confused is the southern comma - a species I have not seen yet. This is generally paler in colour, with smaller spots above, and the inner margin of the forewing is noticeably less sinuous - a very useful diagnostic feature for those lucky enough to see one. The comma on the underside is smaller, slighter and more Y shaped, and the underside in general is a lighter brown, resembling stripped birch bark in 'texture'.

Several different foodplants may be used. I have found caterpillars on nettle, hazel and elm. Hops and willows are also used.