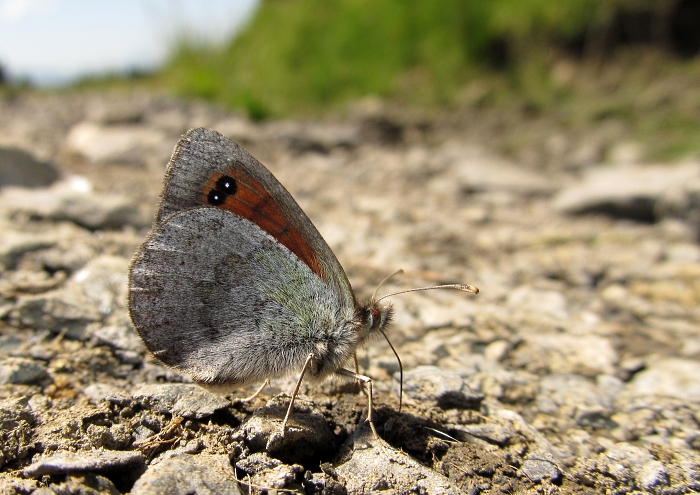 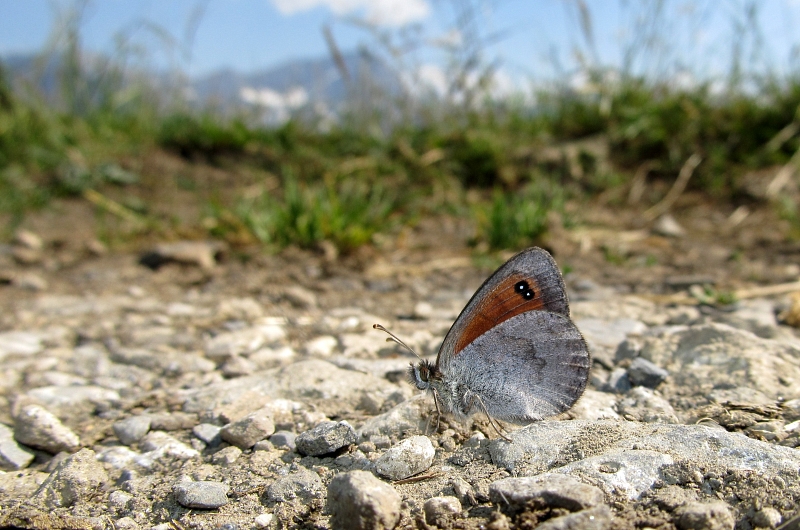 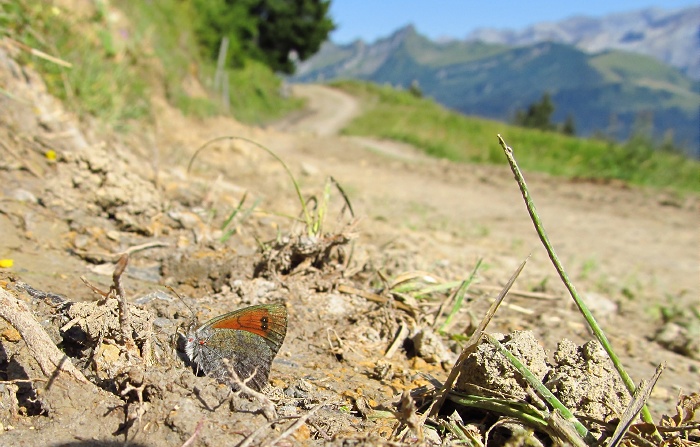 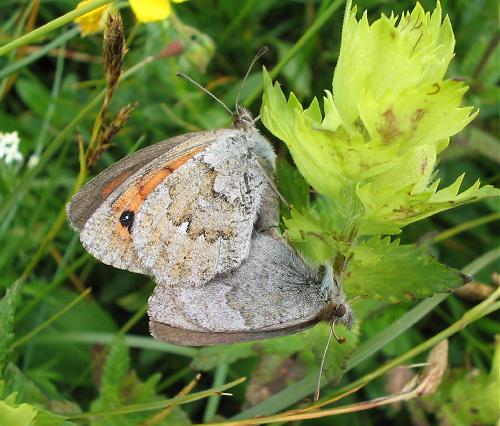 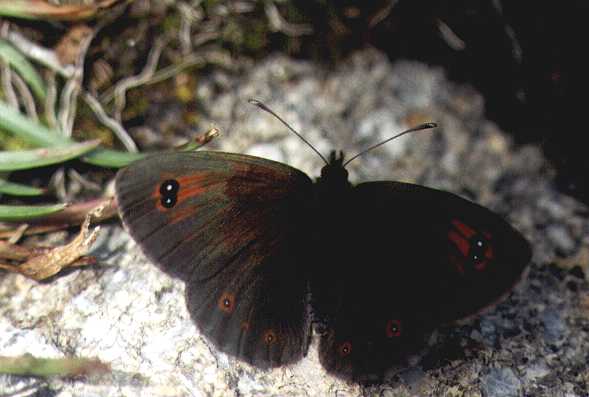 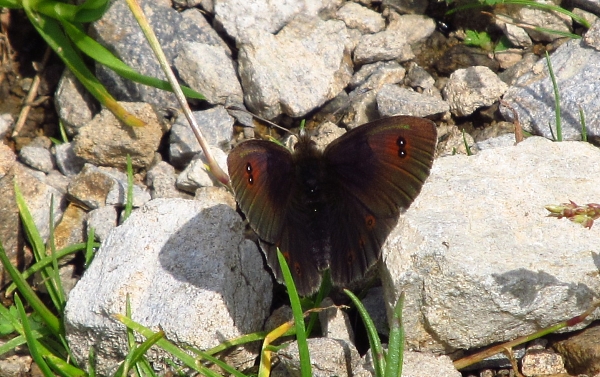 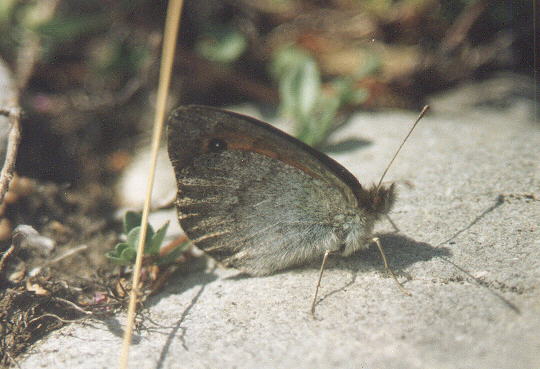 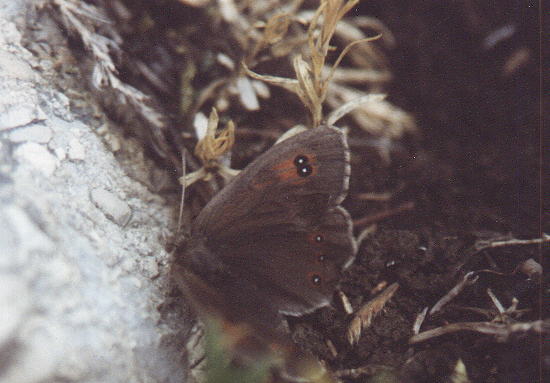 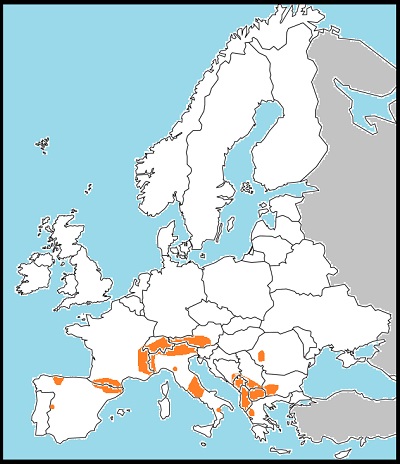 The subspecies of common brassy ringlet found in the western Alps and Spain, arvernensis, is treated by some authors as a good species, on the basis of molecular data, while others maintain this is unjustified. Somewhat arbitrarily, I choose to treat it as a subspecies here. All the pictures above, mostly from Switzerland but some from Spain, illustrate arvernensis. It is a common enough butterfly in the mountains near me (Villars-Gryon), though replaced by the Swiss brassy ringlet in many parts of Switzerland - as a rule, a given site will host just one species of brassy ringlet, though there are exceptions to this. I encounter common brassy ringlets particularly on paths, where usually lone individuals are found taking minerals or just occasioally basking, and find them very wary of humans. I have never seen large groups, as is common with some other Erebia, or had them sit on my clothing or backpacks.