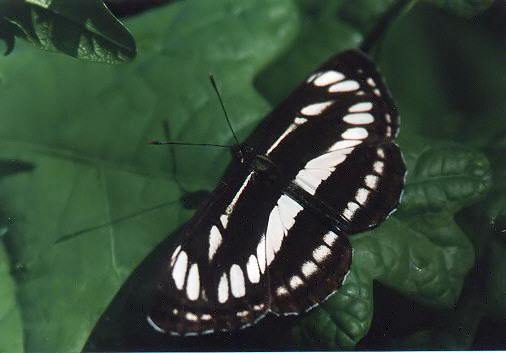 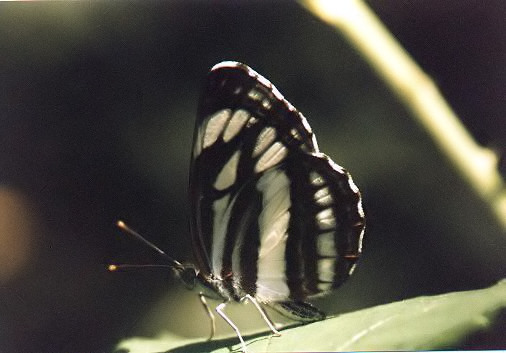 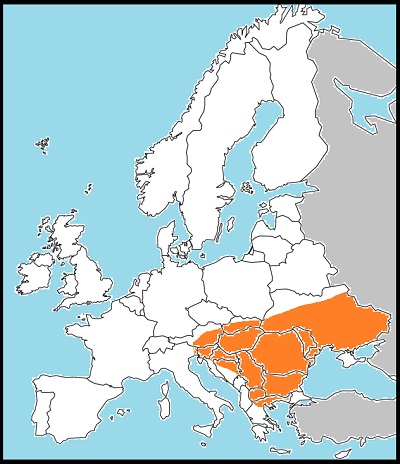 This is very much an eastern butterfly, flying nowhere in Europe west of the very western corner of North Italy. It is local and apparently declining in much of its range. The photographs above were taken in Hungary in 1994, the only time I have seen common gliders. Then, it was flying in extensive woodland, frequenting the shady edges of rides, where they would glide and twist, occasionally stopping to rest or sun in half-shade. They shared this habitat with large chequered skippers, which interestingly also shares the habitats in Italy where I see Hungarian gliders. They are said to be an indicator of the presence of the rare Fenton's wood white - which I also saw in Hungary but was unable to photograph.

Gliders resemble white admirals but have more extensive cell markings and simpler undersides, without any submarginal or postdiscal spots. The common glider has two white bands on the hindwing, separating it from the Hungarian glider, which has only one. Hungarian gliders also lack the submarginal white spotting on the forewing and the lower part of the forewing white band is angled inward rather than outward.

The principle larval foodplant is bitter vetch, Lathyrus vernus. There are two generations a year, in May and June and then again in July and August. Common gliders hibernate as small caterpillars.