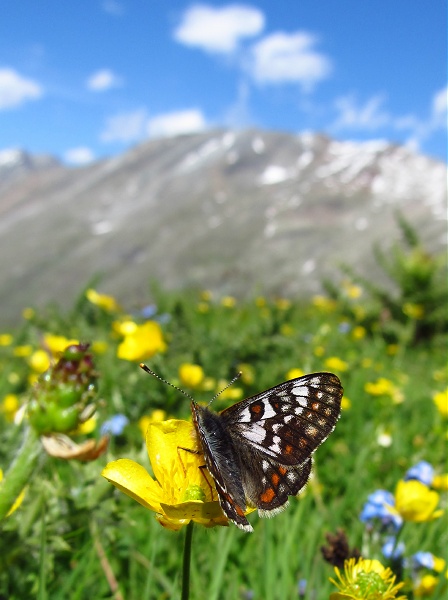 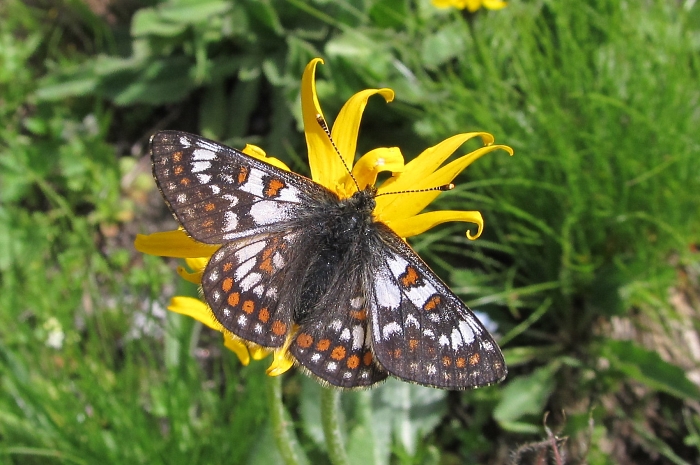 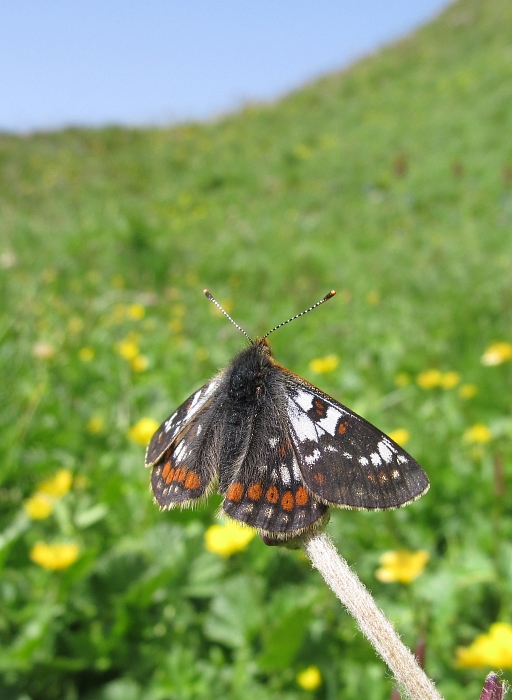 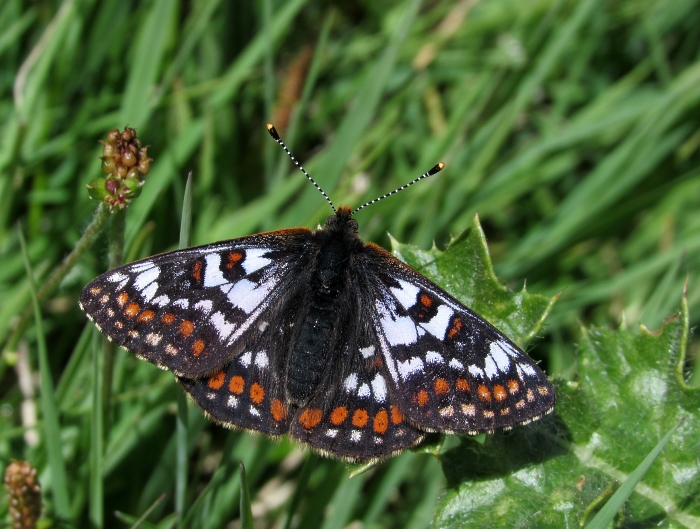 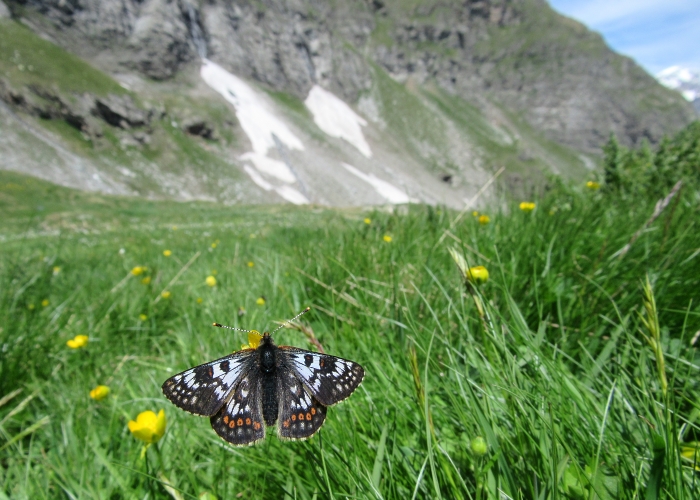 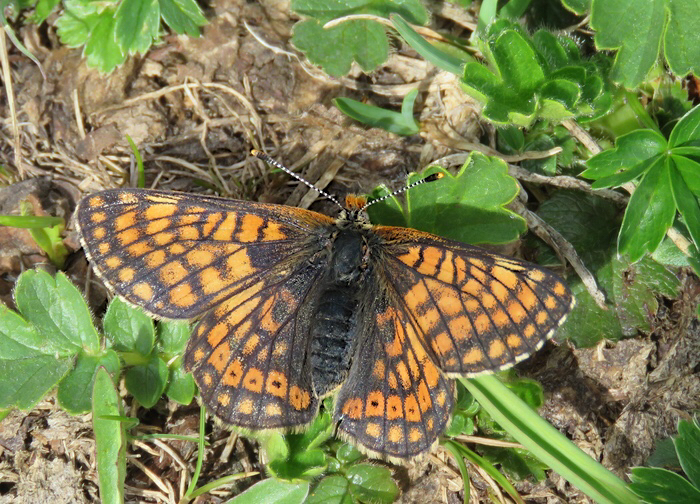 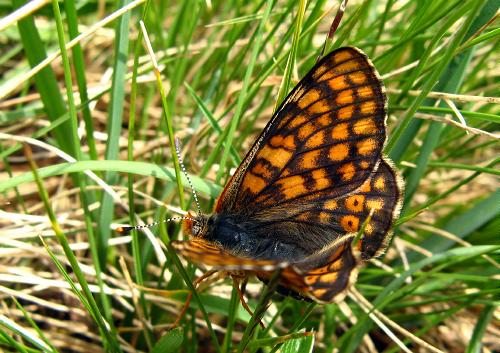 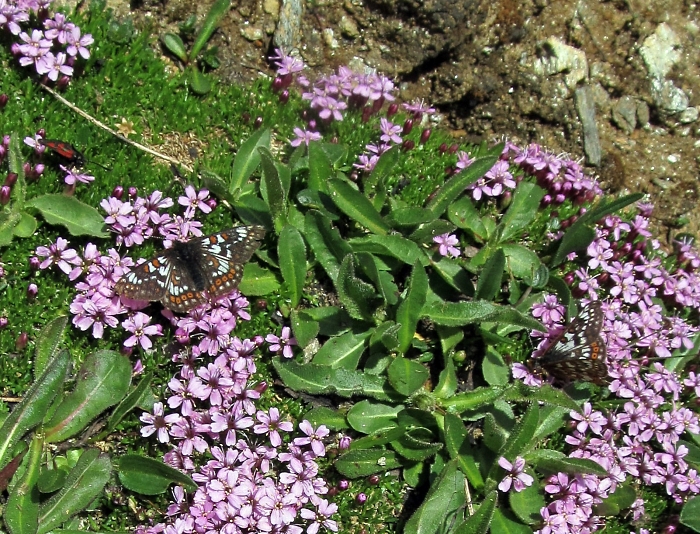 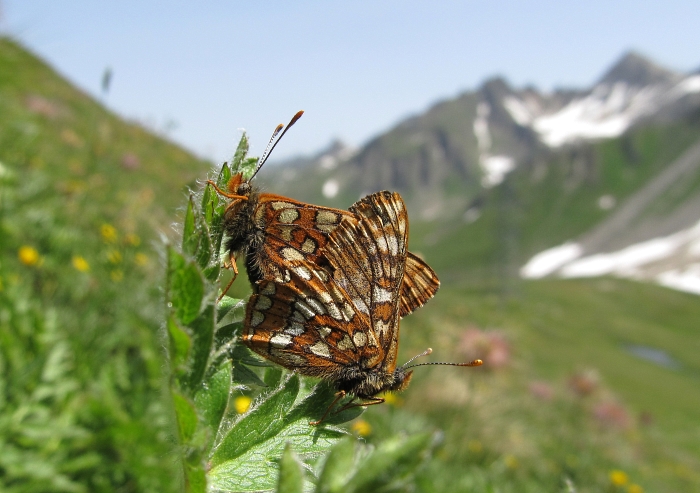 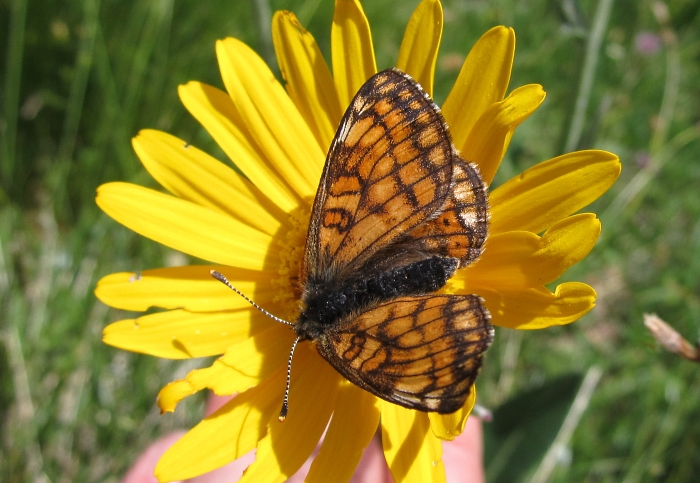 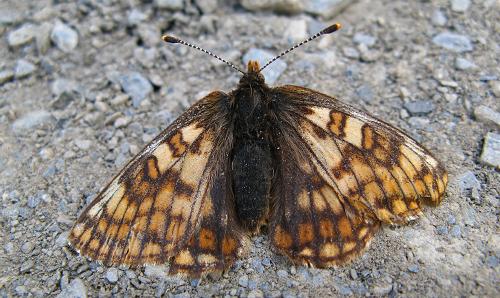 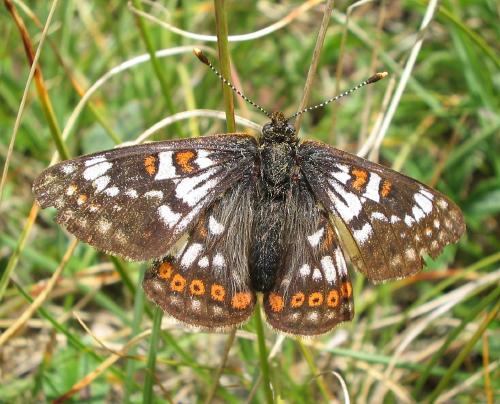 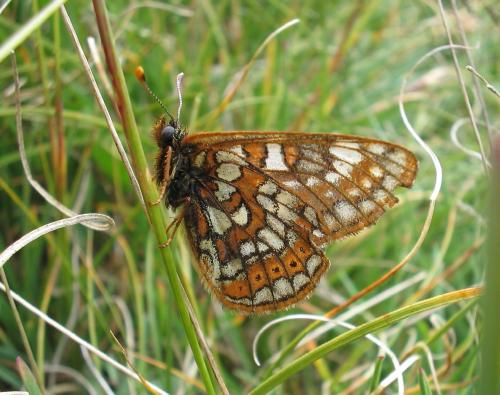 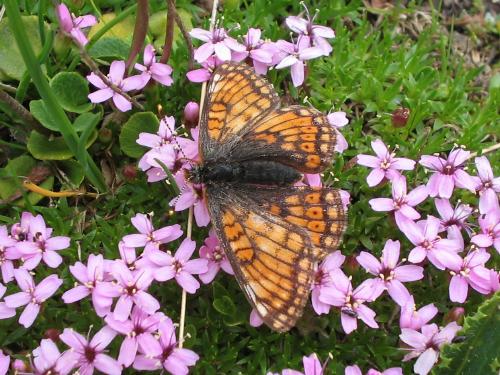 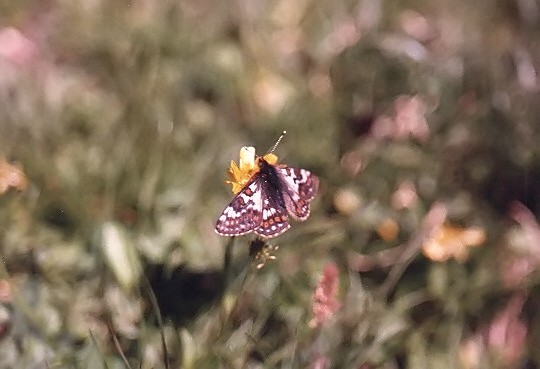 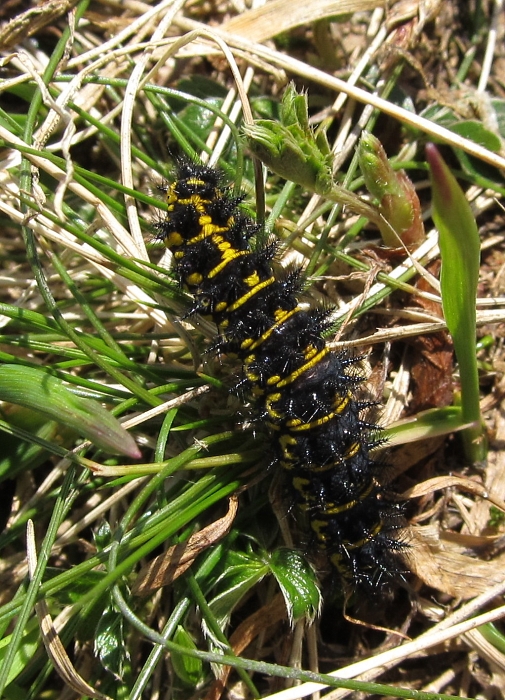 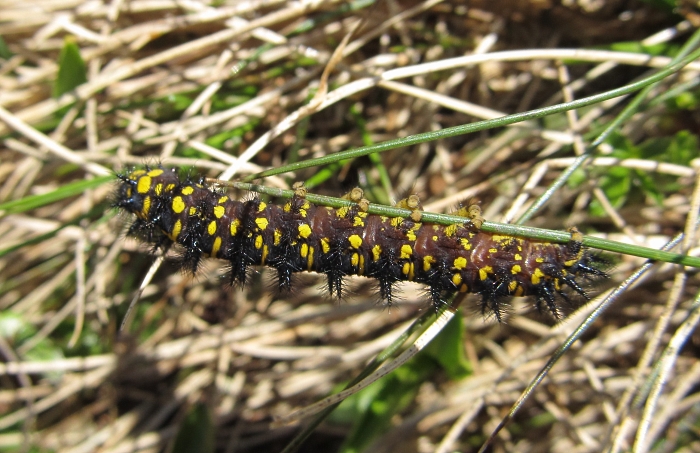 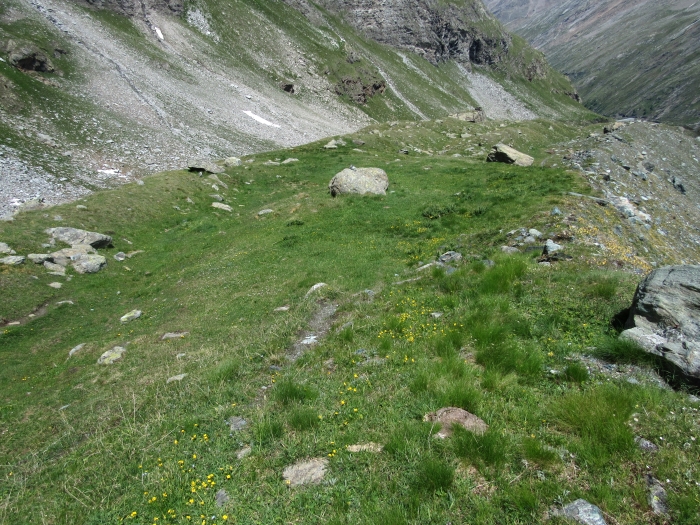 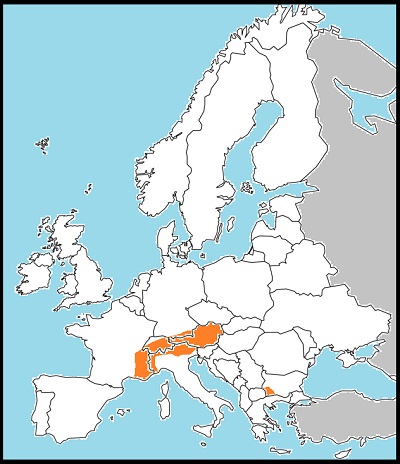 This stunning fritillary is found at altitude on most of the high mountains in the Alps, as well as (a little bizarrely) in Bulgaria. Males hilltop, and the best way to look for them in a likely region is to climb up flowery gullies to the top, where if you are lucky you will see males vigourously defending territories from flower-heads - almost invariably yellow flowers in my experience! They also like to take nectar and I have seen several males feeding peacefully together on thyme. When they get onto their favourite yellow flowers, however, they do not tolerate rivals anywhere near!

Males cannot be mistaken for any other butterfly. Females resemble marsh fritillaries, which often fly in the same places. However, at these altitudes, marsh fritillaries are relatively small and rather greyish, while Cynthia's fritillaries are large, open and orangey. They usually, but not invariably, have dark post-discal spots on the hindwing, like marsh fritillaries. Although they may occasionally be two-tone (more commonly just orange), they never show the clear, bright bands of marsh fritillary. I don't think I've ever been in any doubt in the field.

The foodplants are alpine plantain and mountain violet. The caterpillars hibernate twice, so the full life-cycle covers two years. When the caterpillars are full grown they are very distinctive, in black and yellow livery. The adults butterflies emerge in late June or early July, depending on when the snows melt, and are sometimes still on the wing in September.