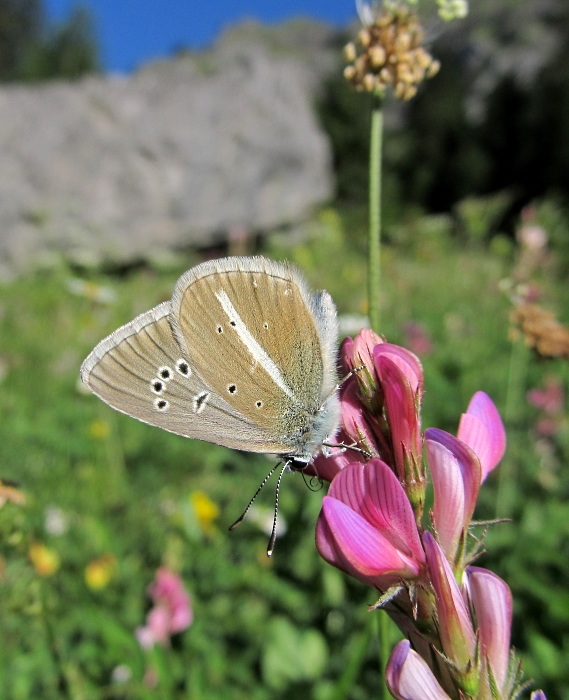 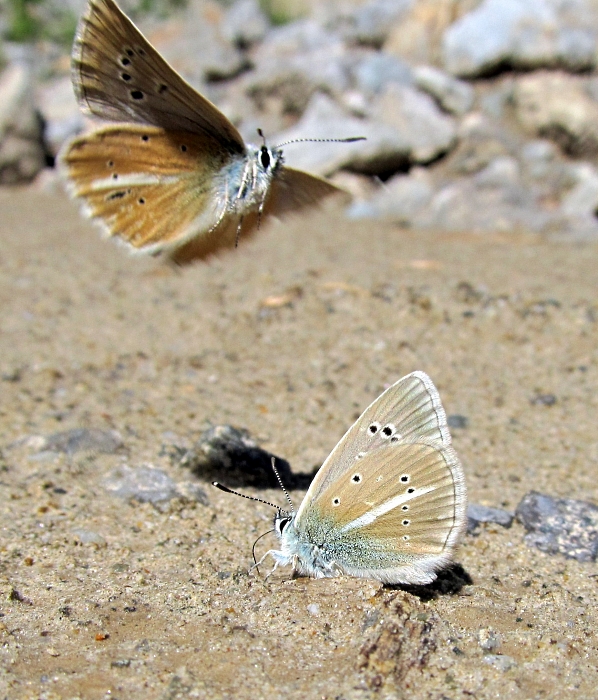 Male on ground and female in flight, Switzerland, August 2013 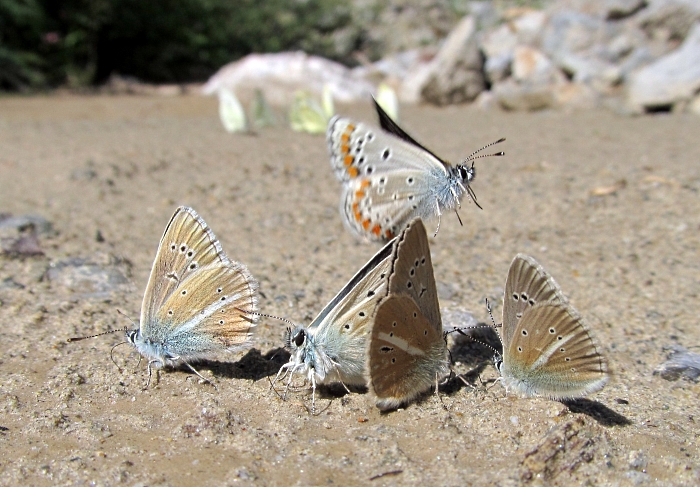 With northern brown argus in flight and green-veined whites behind, Switzerland, August 2013 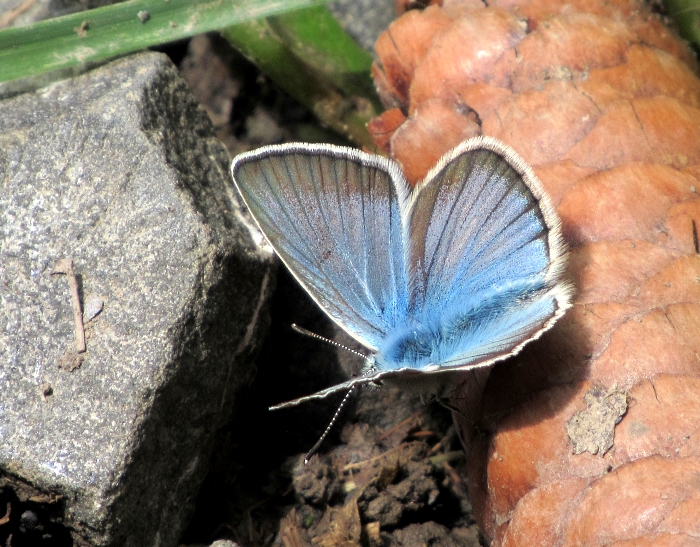 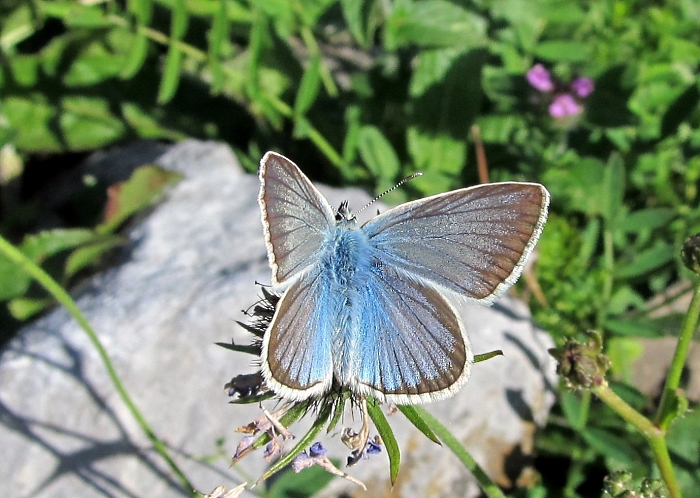 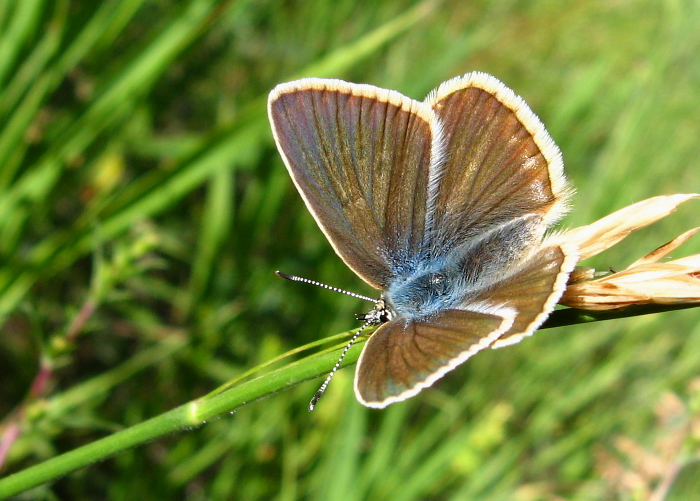 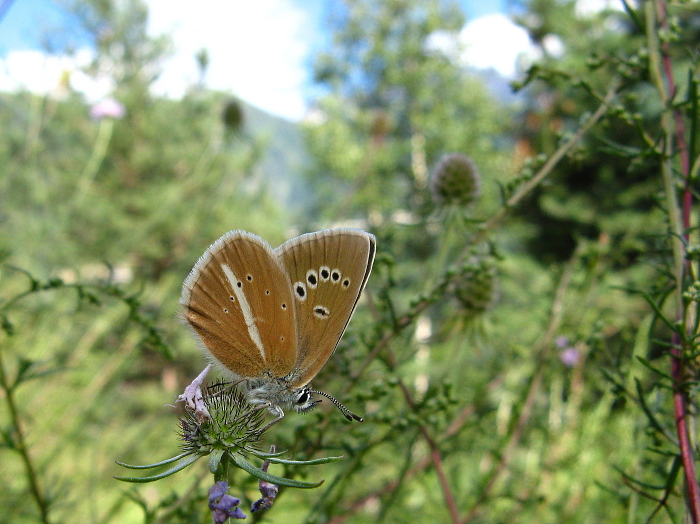 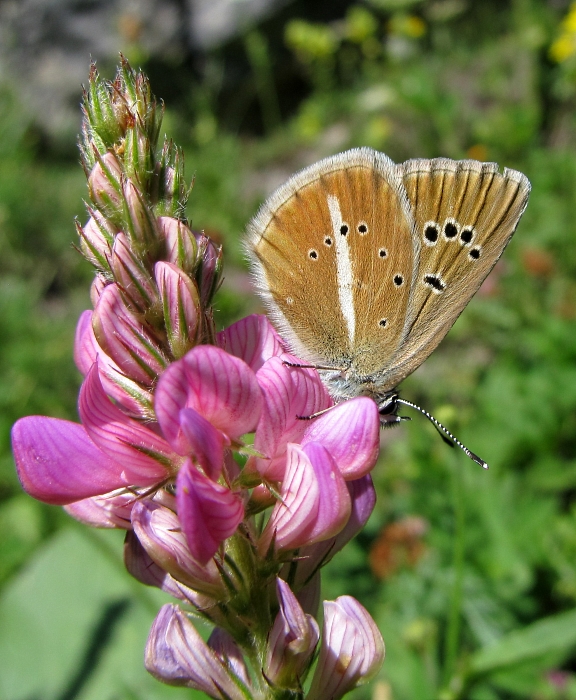 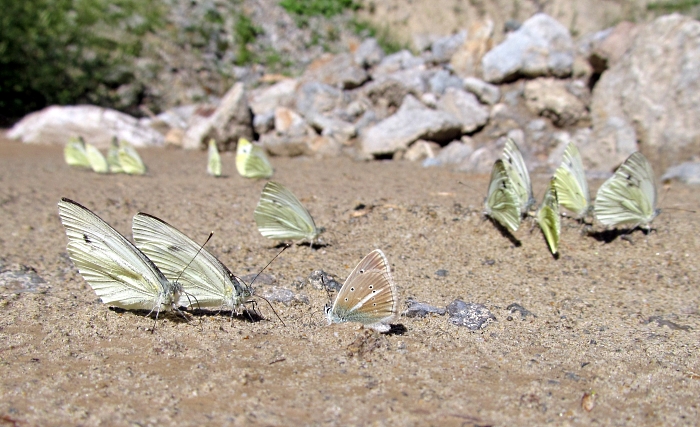 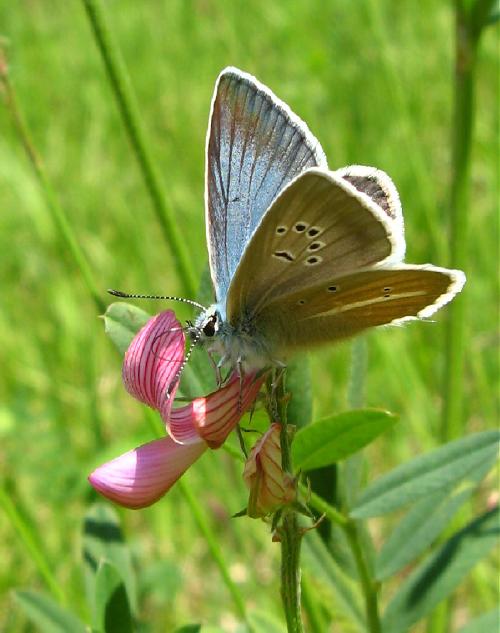 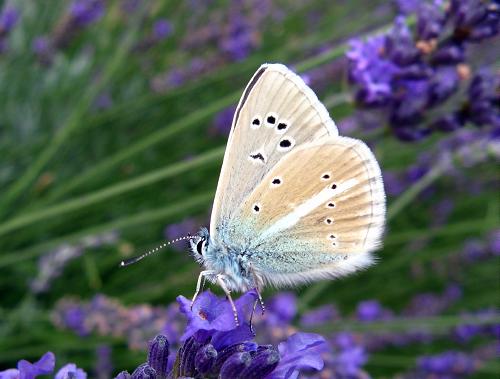 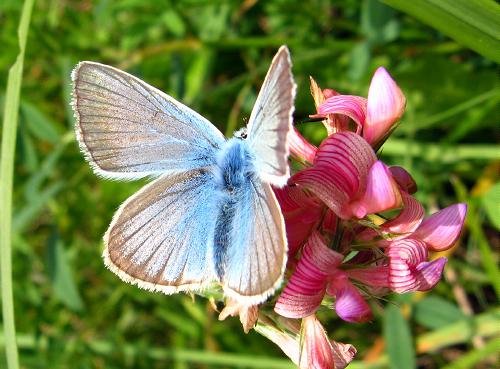 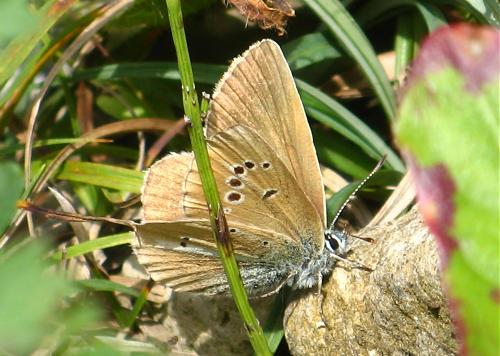 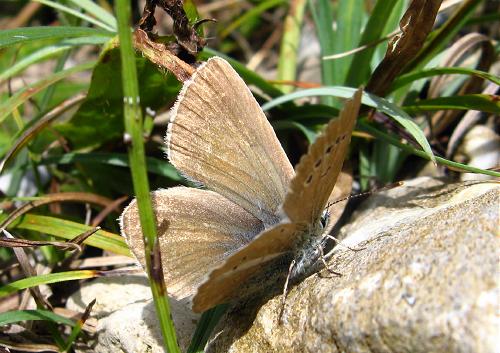 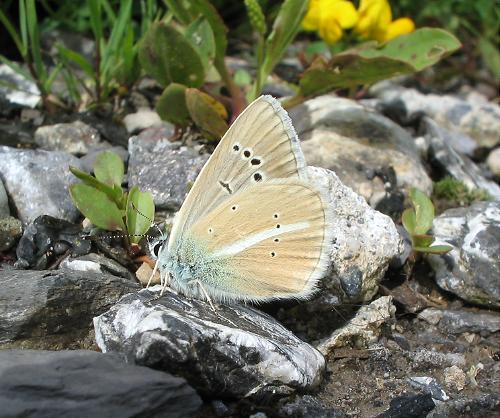 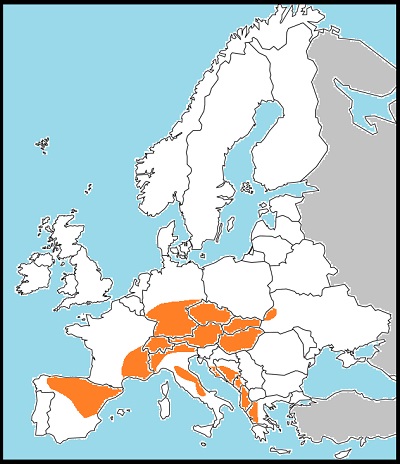 
This is a lovely butterfly of high and late summer in mountainous regions of Europe, though its distribution is restricted to the southern half of the continent. From July onwards it may be seen in flowery grassland, scrub and open woodland where its foodplant, sainfoin, grows. It is said to fly from 1000m but in Switzerland I have seen it much lower than this, not far above the valley floor, at about 600m. Males in particular love to gather with other butterflies at damp spots to sup minerals. Females are often seen in the vicinity of the foodplants.

The male is gleaming sky blue above with broad, dark margins leaking inwards along the veins. The female is all brown, usually with a very few blue scales at the wing bases. Both sides have a srong, clear, white stripe on the underside hindwing, extending from the base to the submarginal region. In the Alps it is the only blue with this feature, making it very easy to recognise. The female underside is a deep chestnut while the male is a lighter shade of tan.

The Damon blue hibernates as an egg or first instar larva in most of its range. Given that it is a montane species, this explains its relatively late emergence in the season.