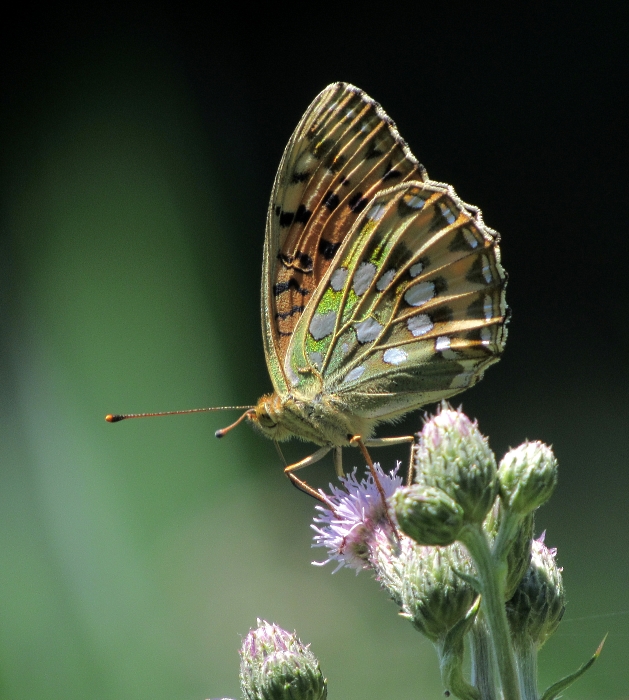 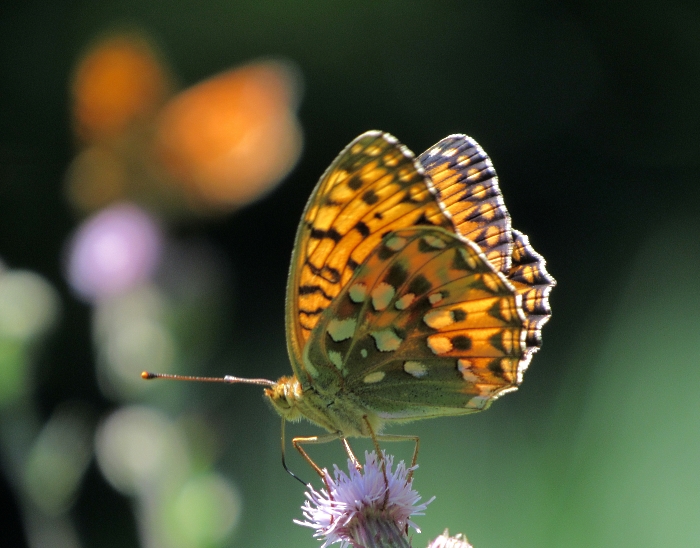 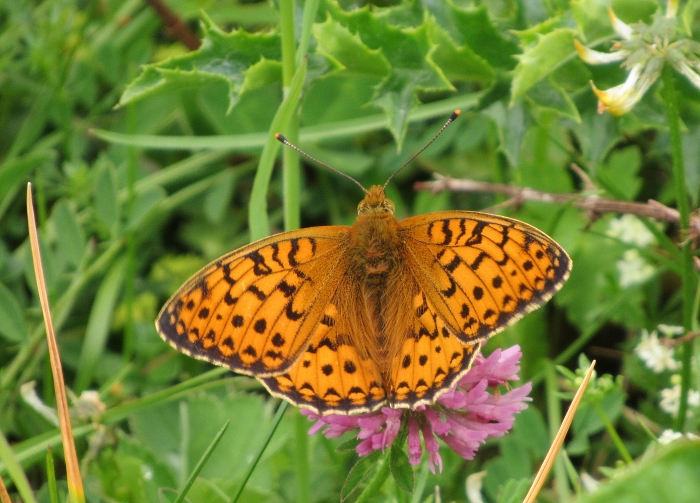 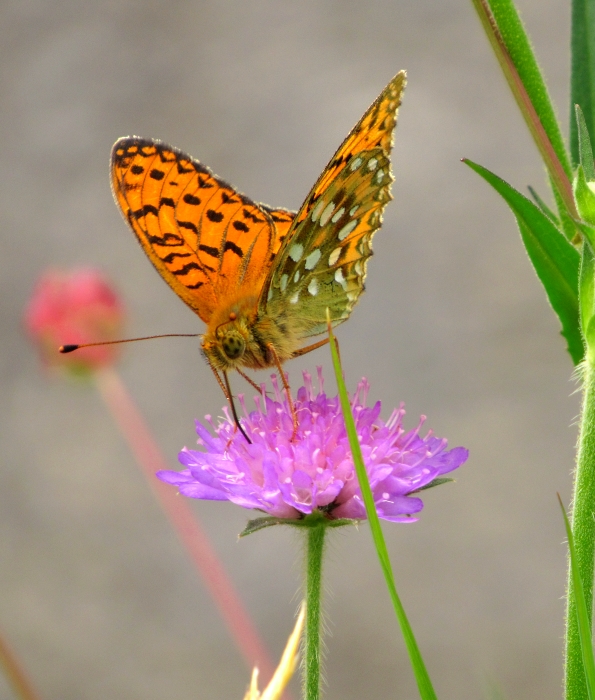 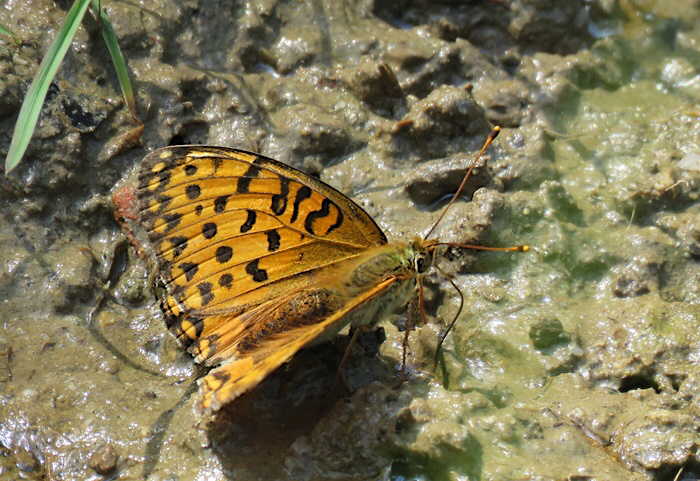 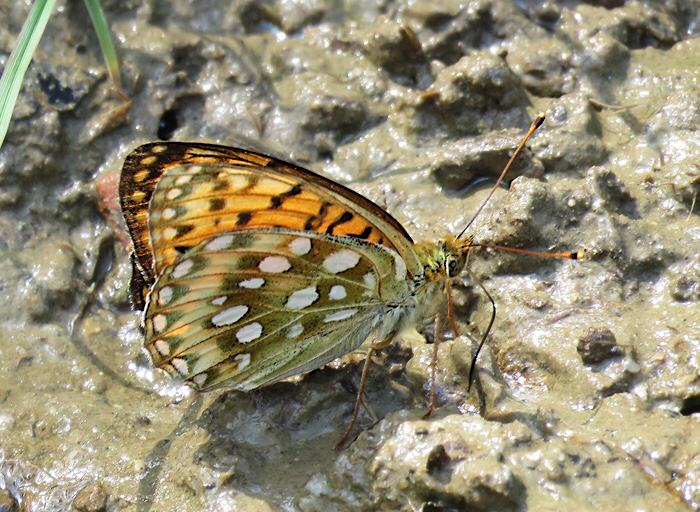 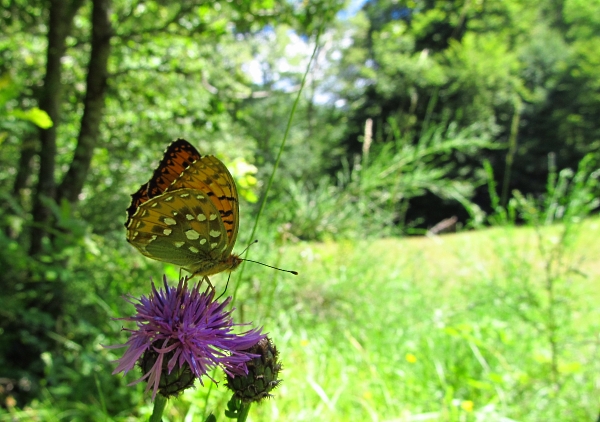 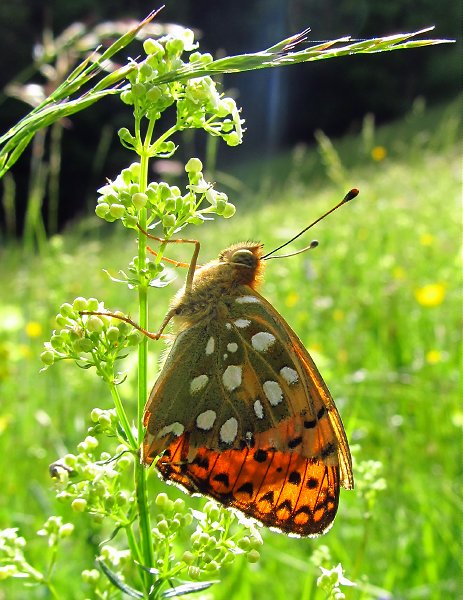 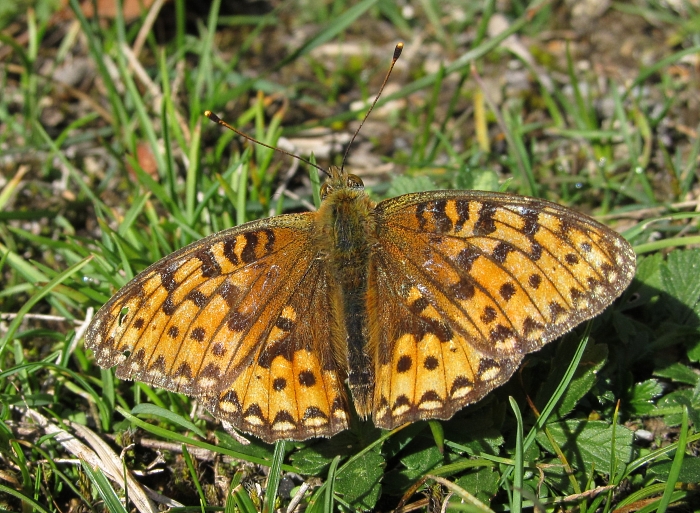 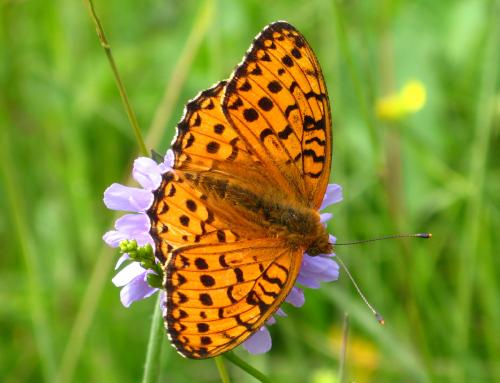 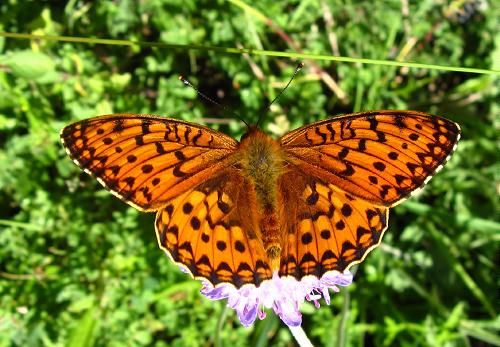 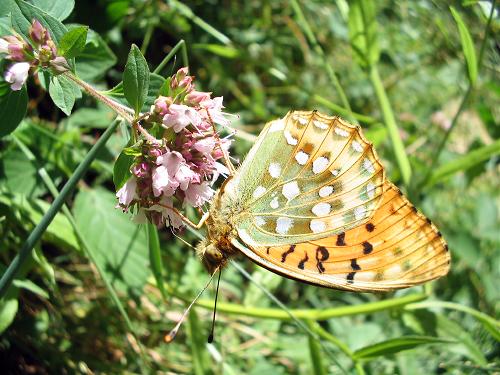 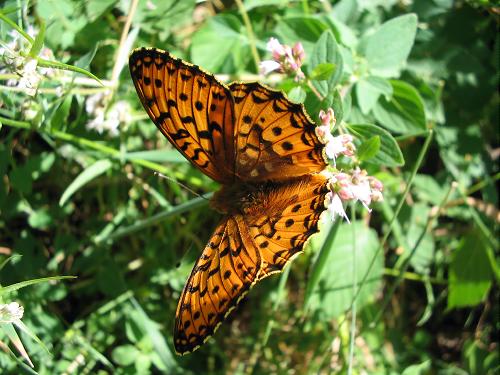 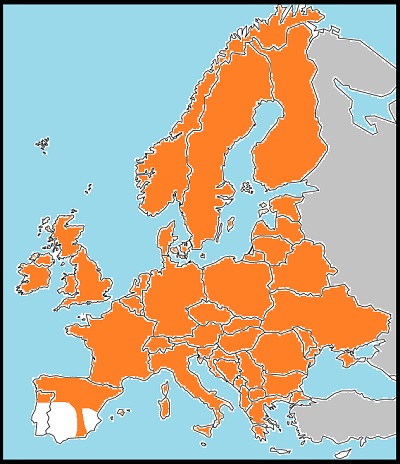 Older books put this species in the currently obsolete genus Mesoacidalia, distinguishing it from the high brown and Niobe fritillaries (former genus Fabriciana) as well as from the silver-washed fritillary (Argynnis). More recently, all these were subsumed into the genus Argynnis. More recently still, it has proposed that the dark green fritillary is closer to the New World Speyeria fritillaries and some databases have already moved it there. The position is considered in detail  by Moya et al. (2017), who conclude that there are two consistent options: either to broaden the genus Argynnis to include the species known across the Atlantic as Speyeria, or to retain the genera Speyeria, Argynnis and Fabriciana. If you choose the latter option, the dark green fritillary is placed in subgenus Mesoacidalia of the genus Speyeria. At present, however, Fauna Europaea has it in the genus Argynnis, subgenus Mesoacidalia, so that is where I leave it for the time being. When I receive the 2020 Kudrna atlas I will see what his opinion is!

The dark green fritillary is widespread in Europe and generally common, though absent locally from much of the area in orange on my map. It is absent, for example, in Suffolk, in East Anglia (my UK base). Like the other large fritillaries, it is a violet feeder, but it is not restricted to woods. In fact, it is more often seen cruising over meadows and on moorland, frequently stopping to nectar. It is a restless butterfly, always on the alert even when feeding, and so difficult to photograph. Despite its being a common butterfly (or perhaps partly because of this, as it is easy to neglect common species), I have very few good pictures of it.

The freshly emerged larva hibernates before feeding in ground litter, waiting for the first fresh violets of spring before beginning to enjoy itself. Adults emerge from June in a single generation which lasts well into the autumn. In the mountains I have often seen dark green fritillaries in October.