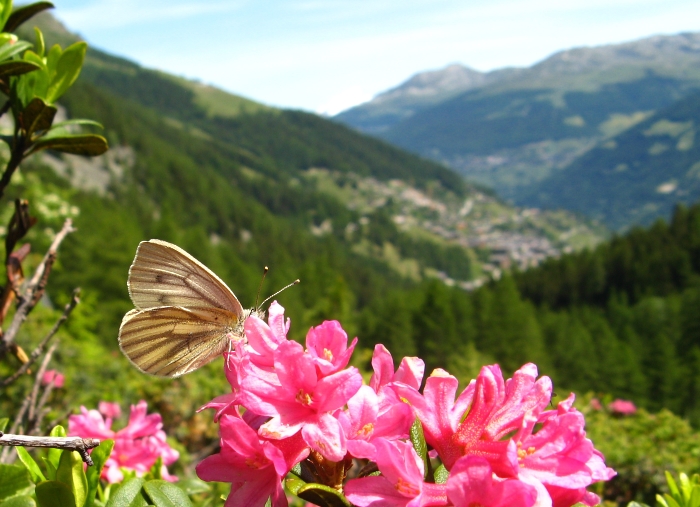 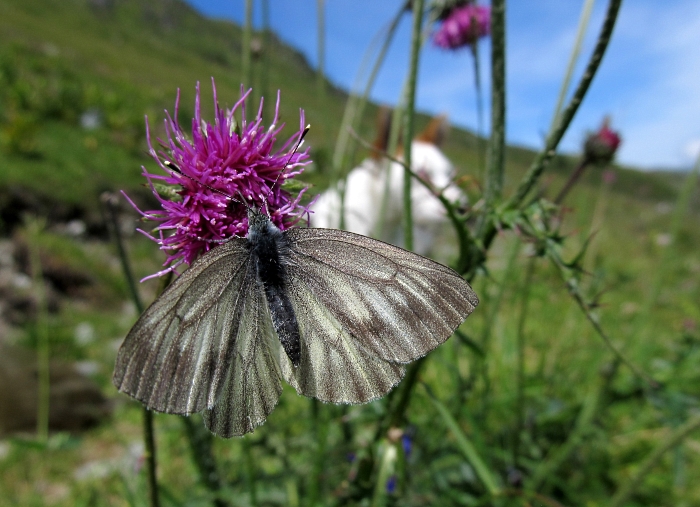 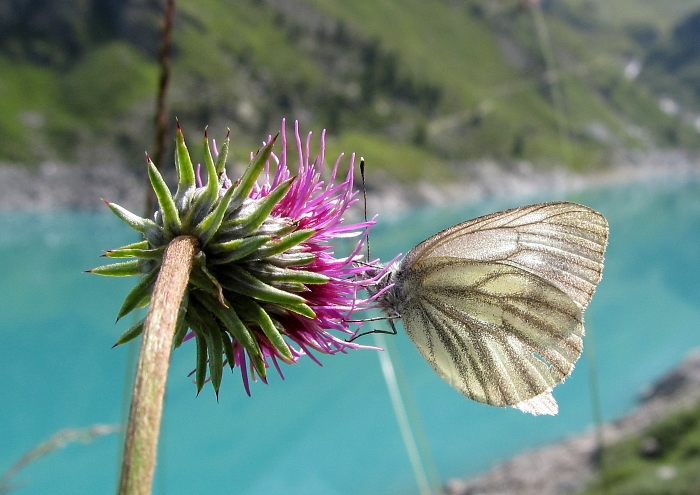 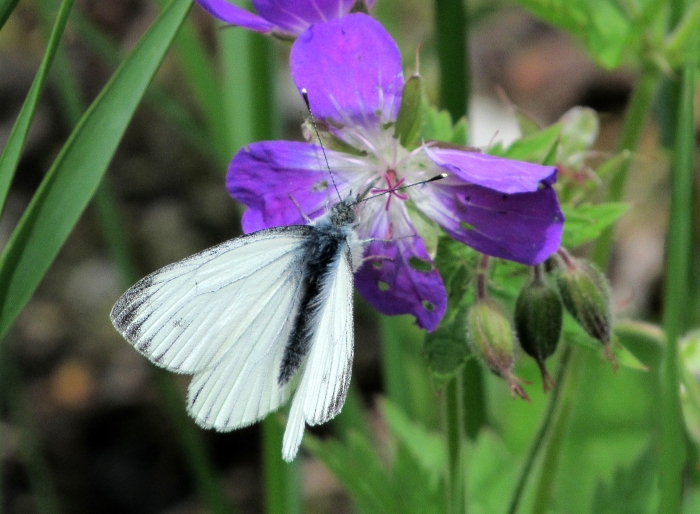 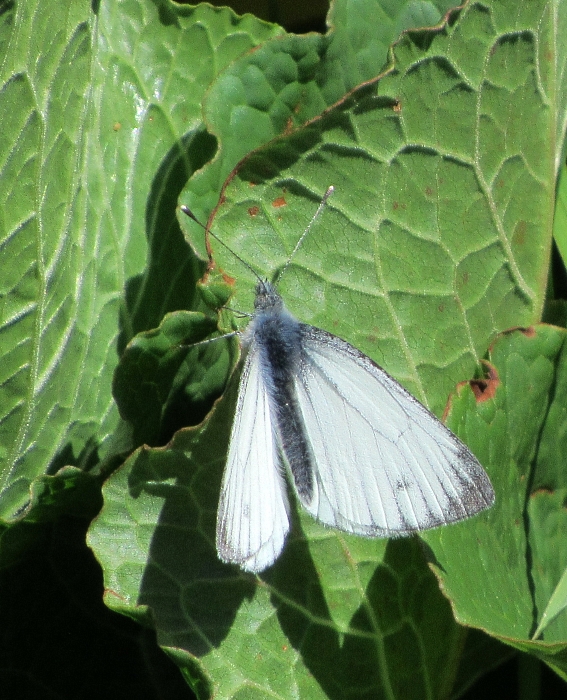 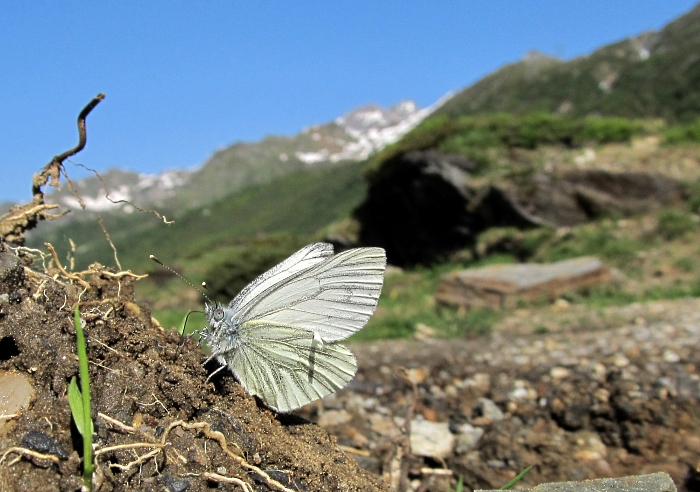 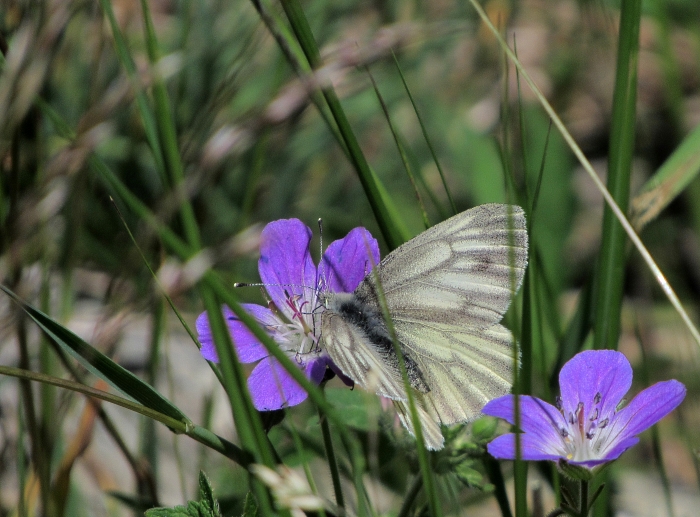 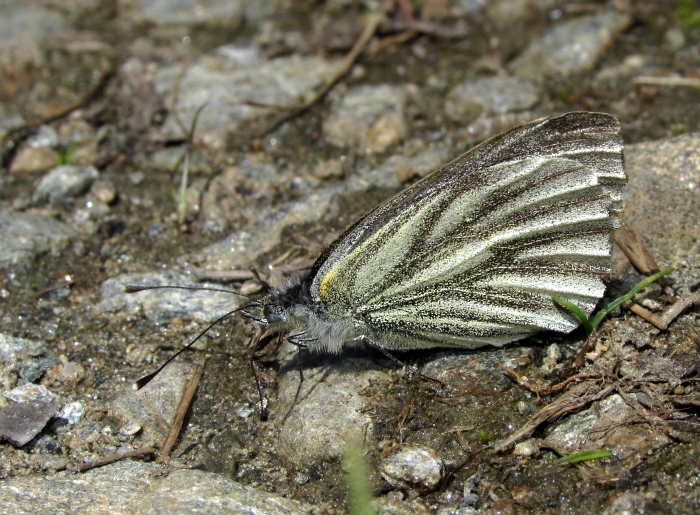 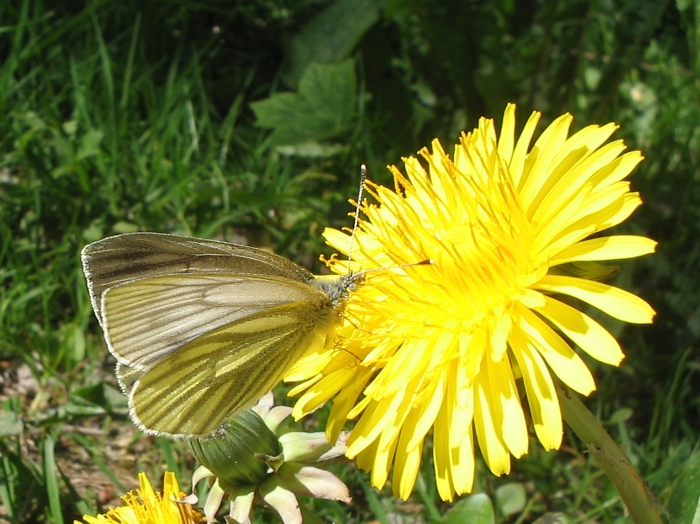 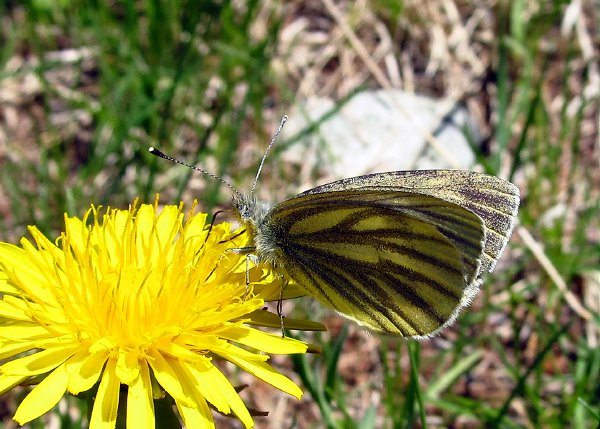 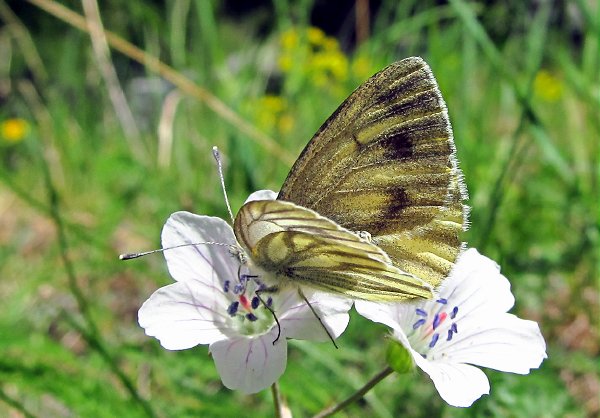 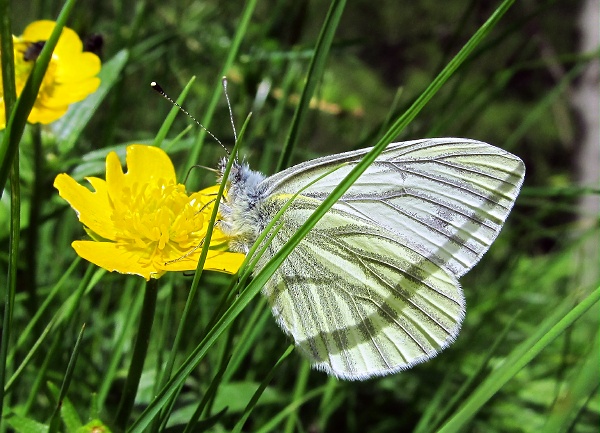 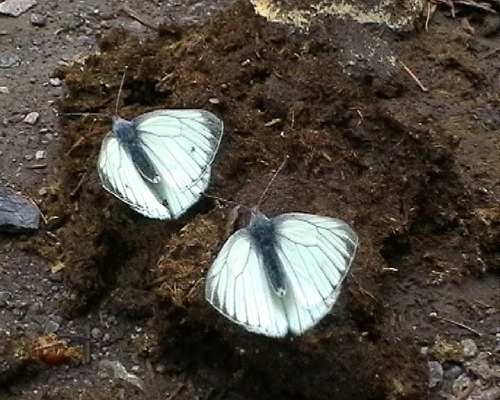 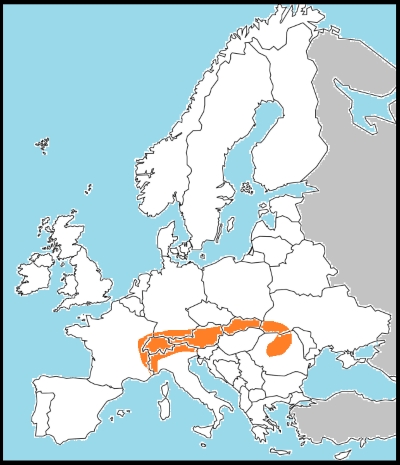 This species is very closely related to the green-veined white - indeed, it has sometimes been considered merely a subspecies of this - but is quite a distinctive butterfly, being restricted to mountainous regions and generally single-brooded. In June and July it is a familiar butterfly in alpine uplands.

The female is easily separated from all other whites by the heavy greyish suffusion on the upperside, often over a rather yellowish ground. The general impression is of a dusky butterfly, not a bright, shining creature like the other whites. The veins on the upperside are densely clouded with grey and the undersides are strongly marked too. Males are less distinctive, being almost identical to summer brood green-veined whites. I am not aware of any really decisive way of telling these apart by appearance alone. Nevertheless, the fact that both are generally common where they are found, and rarely overlap, means that waiting for a female to appear is usually a practical way of establishing what species you are seeing. Altitude, season and habitat are also strong guides. Green-veined whites fly from March to autumn at any altitude in principle but generally in rather shady, damp, often woody places - so not at the highest altitudes. Mountain green-veined whites are only found at higher altitudes - from about 1500m - and generally in more open habitats.

The caterpillars feed on various mountain Brassicaciae. They pupate by September and then spend the vast majority of their lives - until the following June - as chrysalids. When you see one of these butterflies, know that it might have spent nine months waiting in its chitinous prison for the one or two weeks of summer freedom it enjoys!