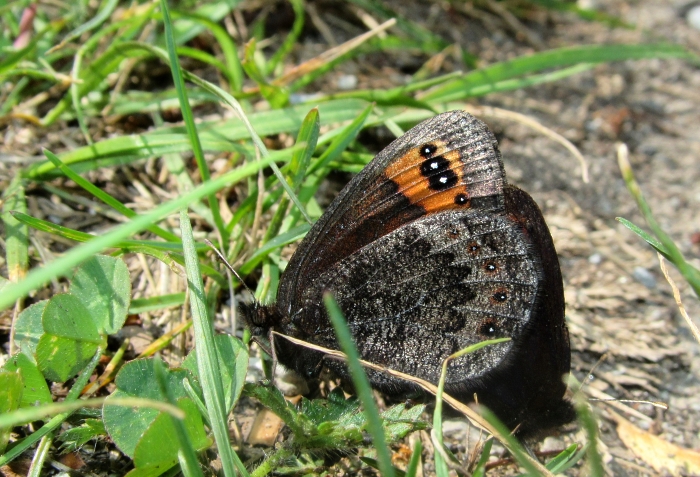 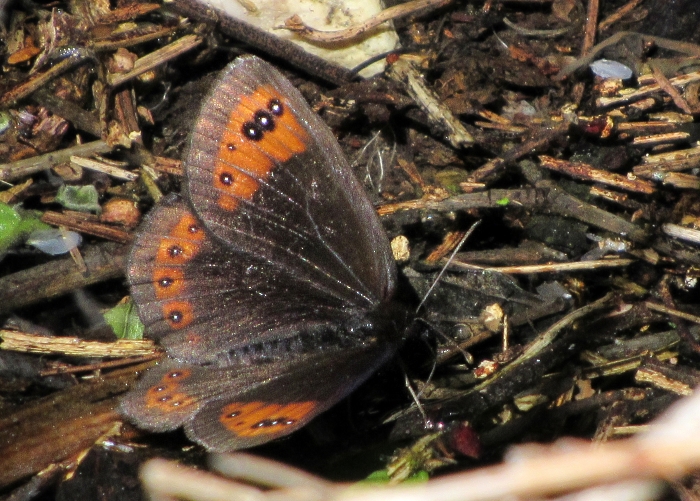 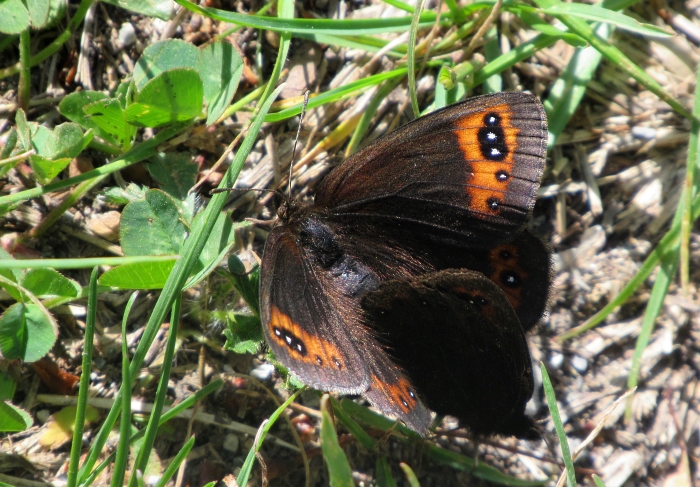 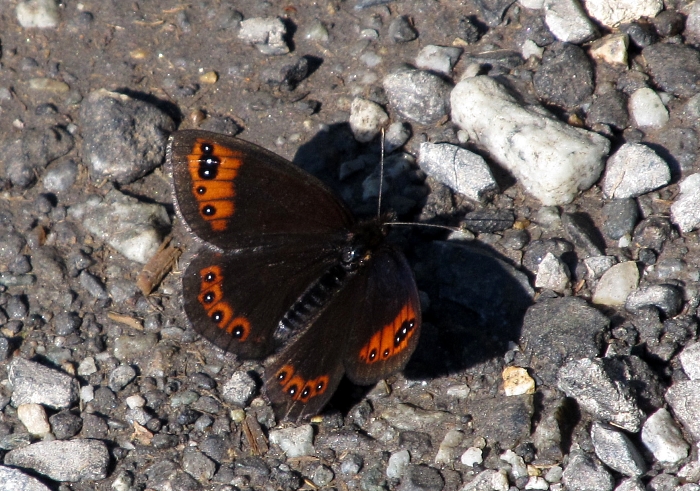 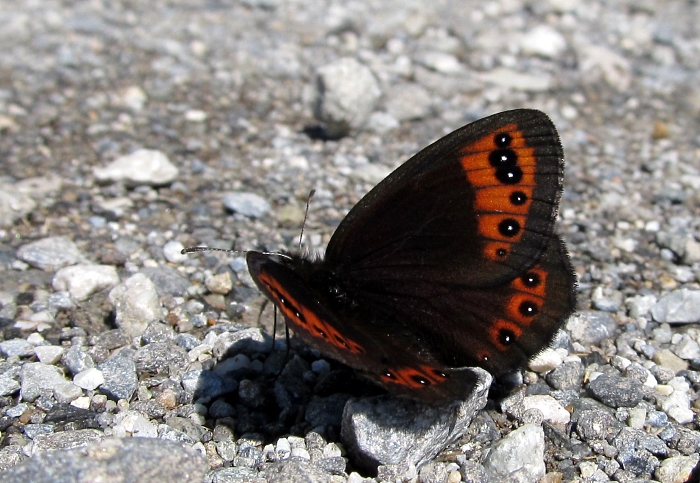 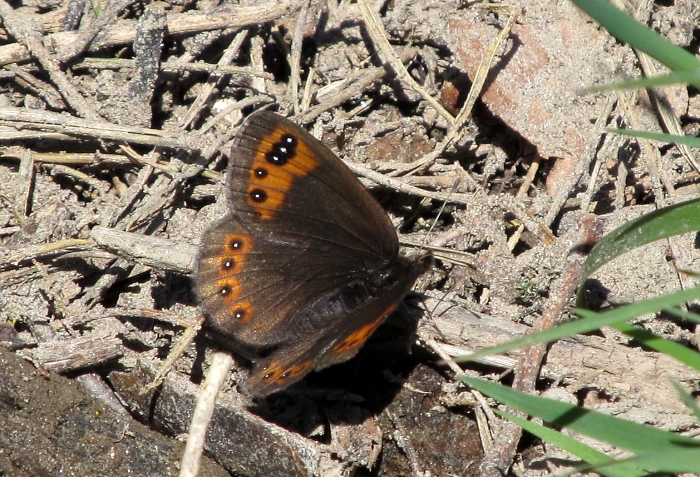 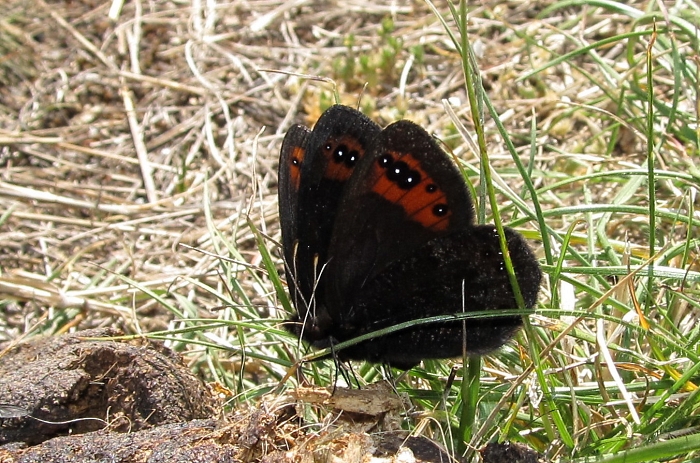 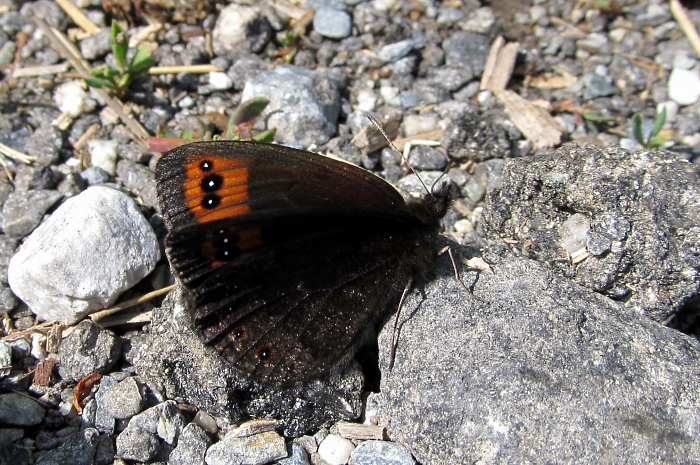 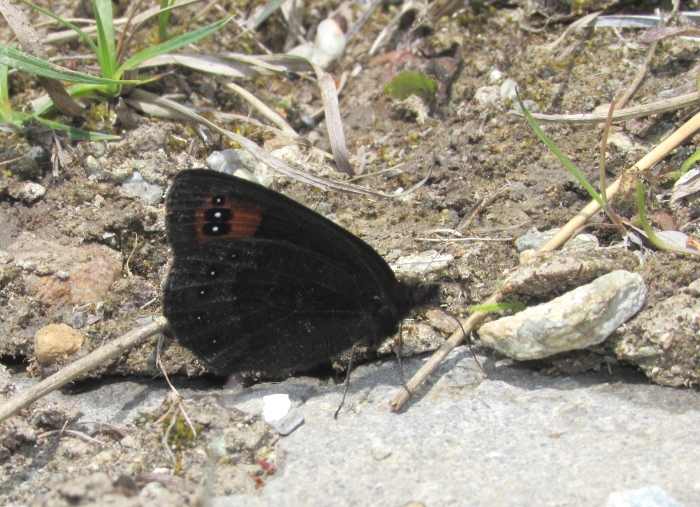 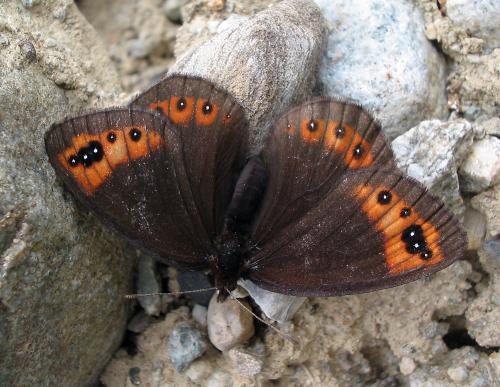 Close-up of spots near apex of forewing 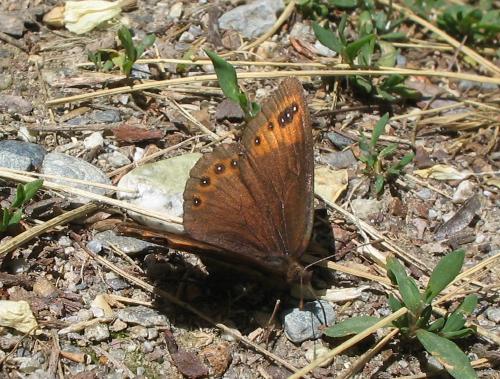 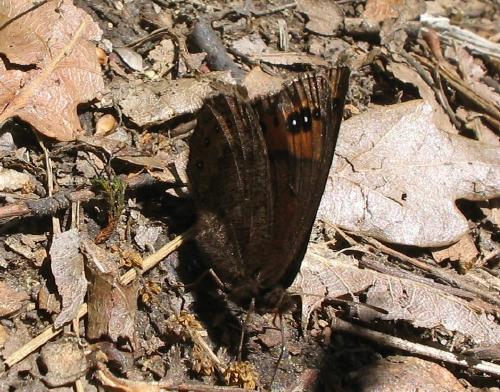 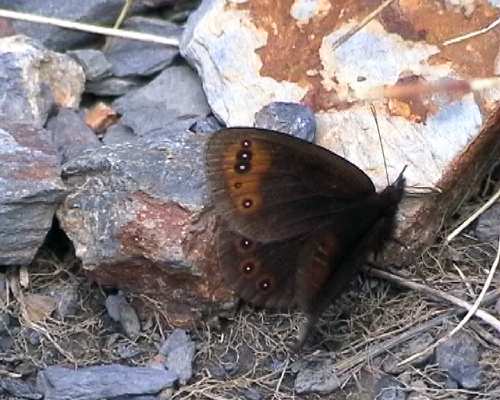 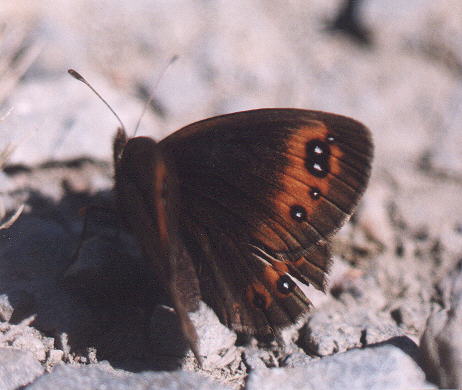 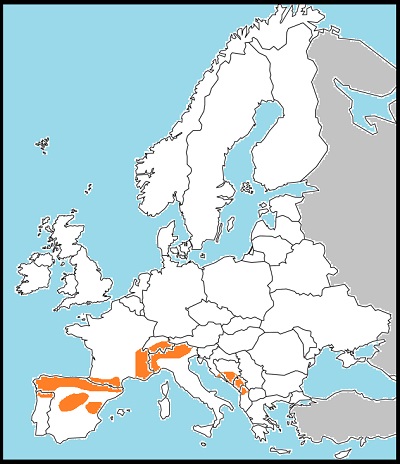 De Prunner's ringlet is one of the more precocious Erebia species, appearing as early as March in the Rhône Valley of Switzerland, though more commonly in April. At altitude it emerges later, and may still be seen in July on high mountain slopes. It is widespread in the southern mountains of Europe but rather local and in my experience never abundant. I have never seen it gathering in numbers in the way some other Erebia do. I have found the species in Switzerland and the Pyrenees.

Identification is generally easy. The three most apical spots on the forewing are more or less in a line - though it is not always as straight as books suggest. In Piedmont ringlet, which flies in many of the same areas, the small apical spot, if present, is set off at a distinctly more jaunty angle. The other species that might be confused with de Prunner's ringlet is the woodland ringlet. This sometimes shows a line of three spots in the apical region. The underside hindwing, however, is very different. That of de Prunner's ringlet has a rough texture and the submarginal spots are naked - not set in red. The underside of the woodland ringlet is essentially the same as the upperside, with the spots set in larger, red circles.

Like most Satyrids, this is a grass feeder, laying eggs on sheep's fescue, meadow grasses and feather grass amongst others. It hibernates as a fourth-instar caterpillar, so only has one instar to go in the spring - hence the early flight period where altitude and conditions permit. It flies in a single brood.