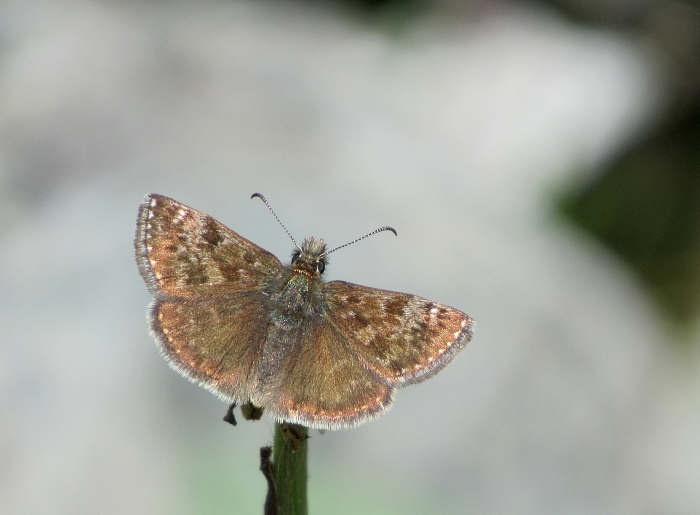 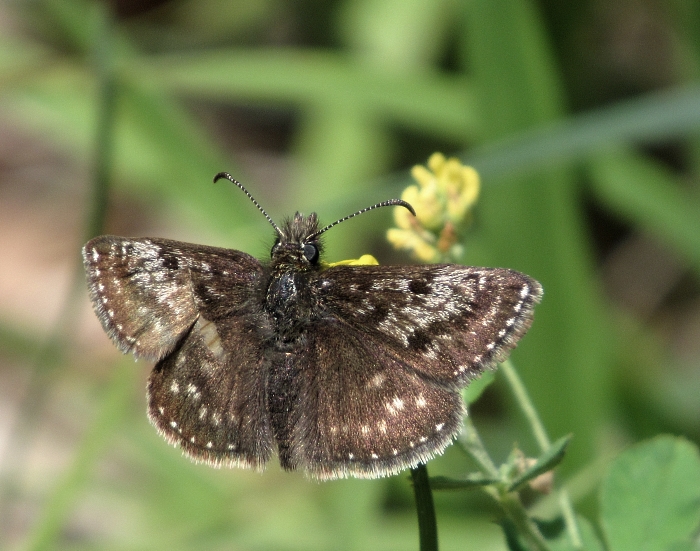 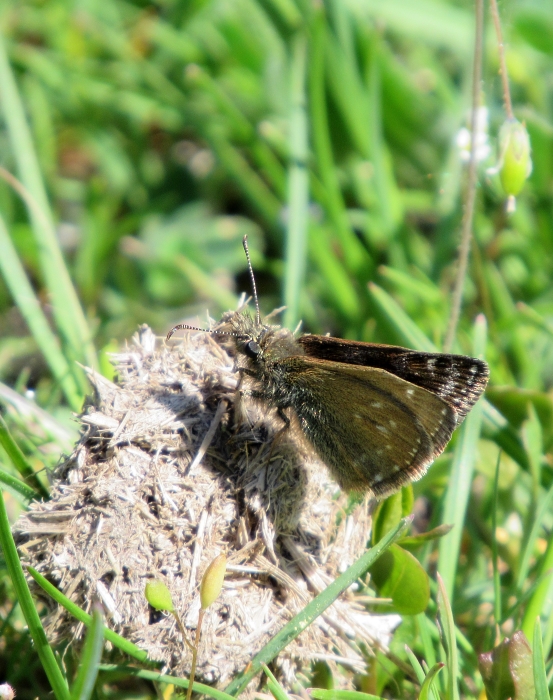 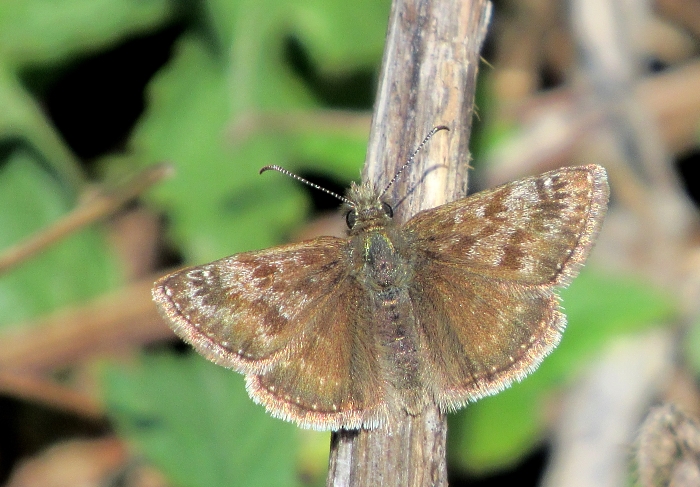 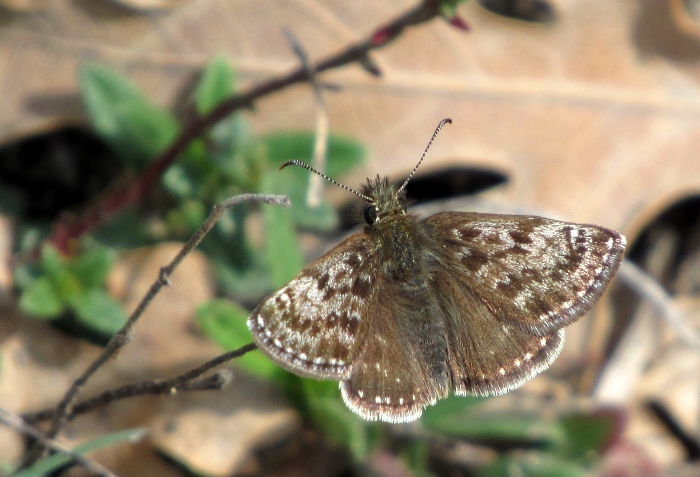 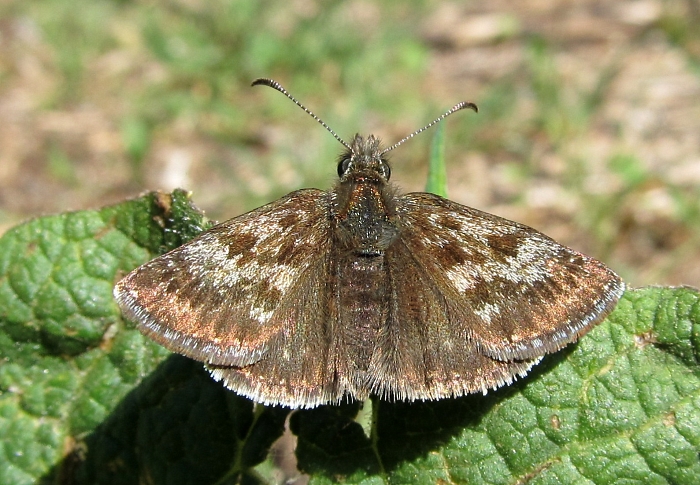 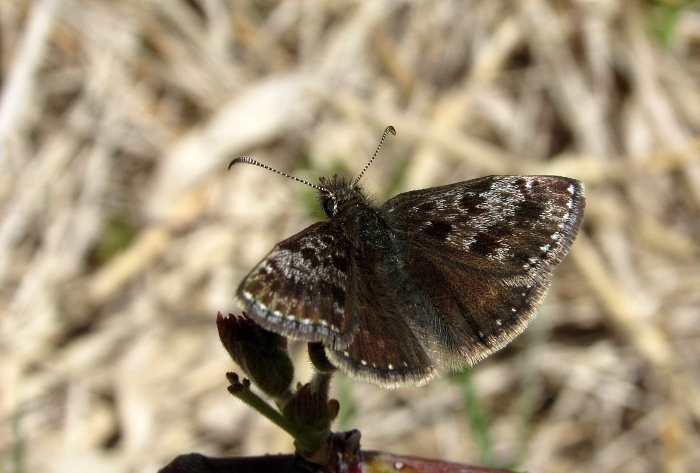 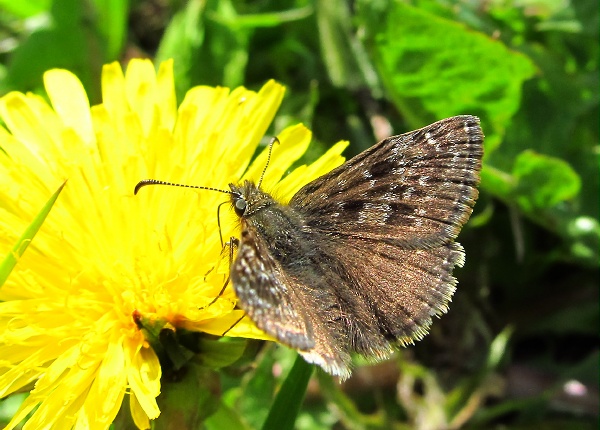 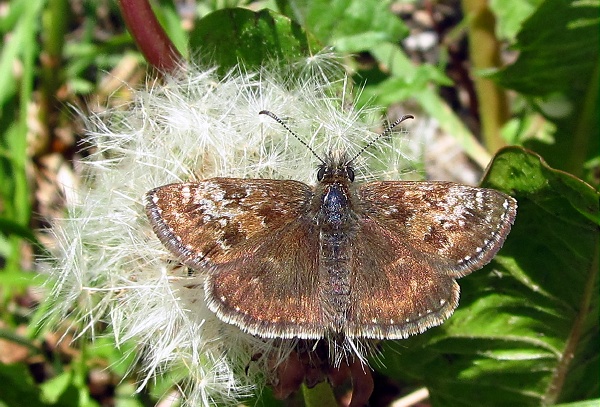 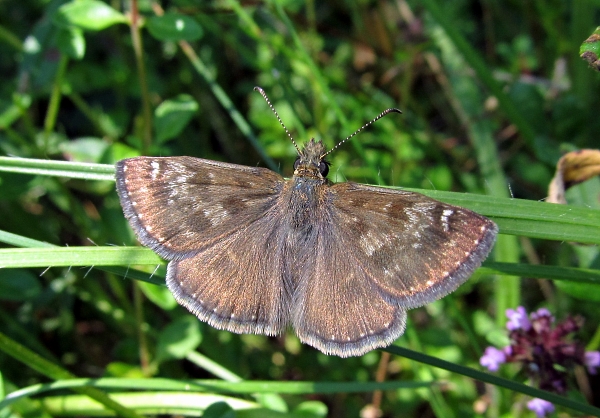 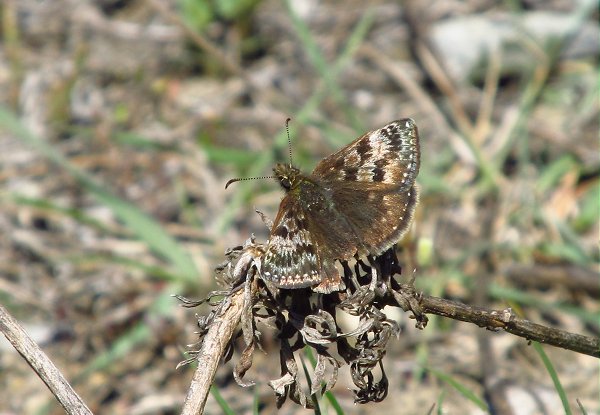 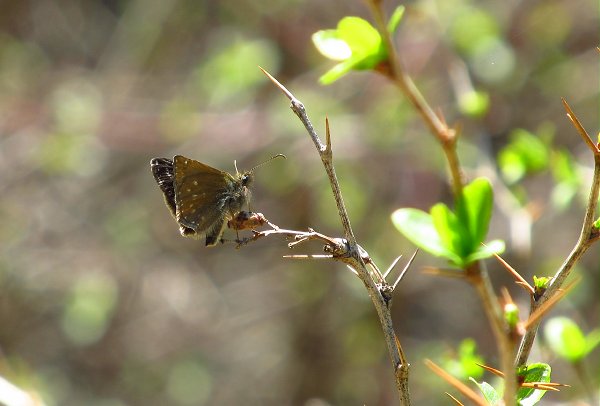 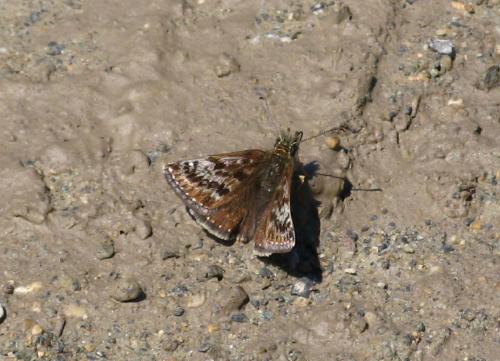 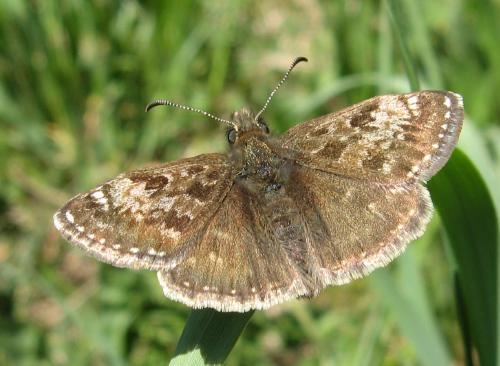 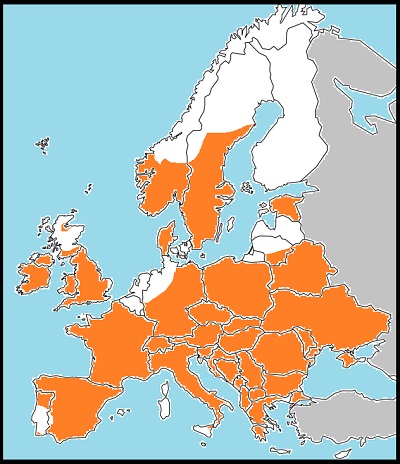 Despite its name, this is a lovely little butterfly - not dingy at all when fresh. It is generally widespread and common throughout Europe, though locally absent - for example, on the East coast of East Anglia, where there are no colonies. In Switzerland, it appears on the wing as early as March, in hot places in the valley. Later in the year it can be seen as high as 2000m. It is typically single-brooded - and my records span March to July, I think - but is said to produce at least a partial second generation in the south.

Identification is not a problem. This is a dark skipper, fond of basking with its broad, rounded wings open to the sun. On closer inspection, the upperside reveals complex zig-zag patterns, inlaid with silver thread, with a row of neat, white points around the outer margins of all the wings. The underside is brown, with a series of white marginal dots and a further series of dots within this on the hindwing. The only similar butterfly in Europe is the inky skipper, found in the Balkans, which is darker above and beneath and lacks the white dots around the margin of the hindwings.

The caterpillars feed on various vetches, principally bird's-foot trefoil and horseshoe vetch, and hibernate when full grown, binding leaves together to make a hibernaculum. In the spring they pupate in the hibernaculum, ready to emerge as soon as the weather is warm enough.