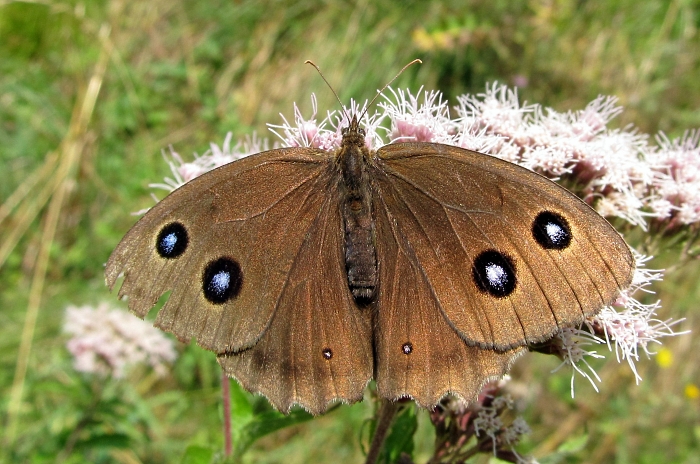 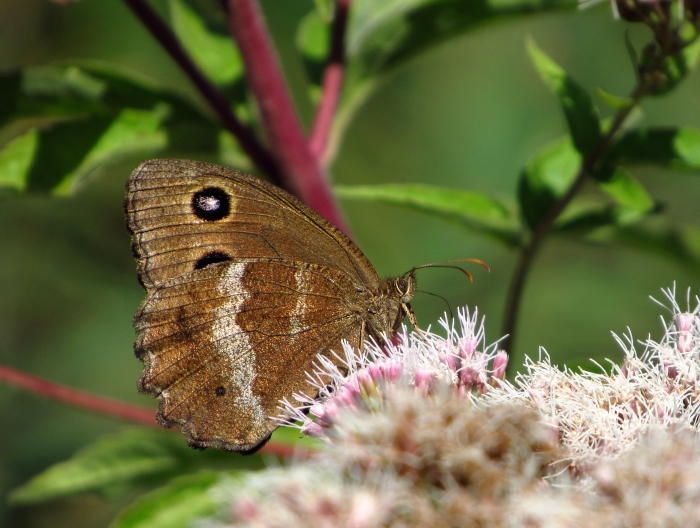 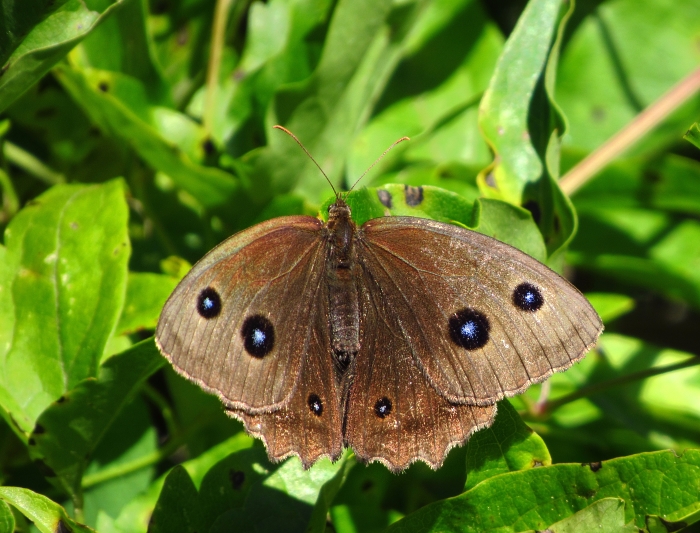 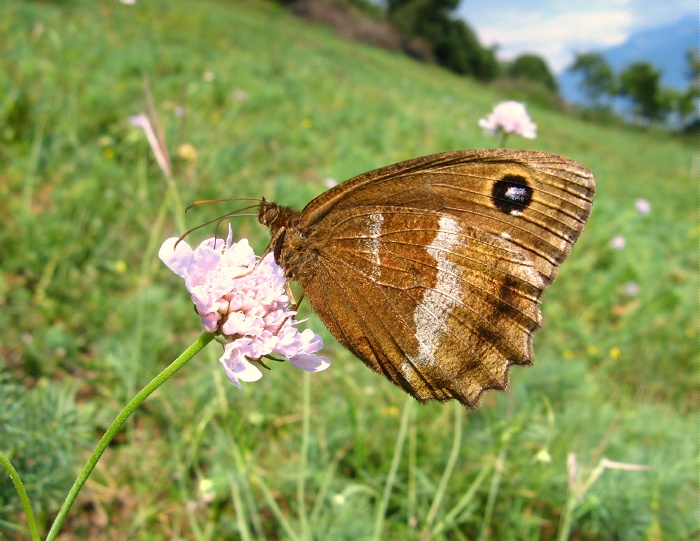 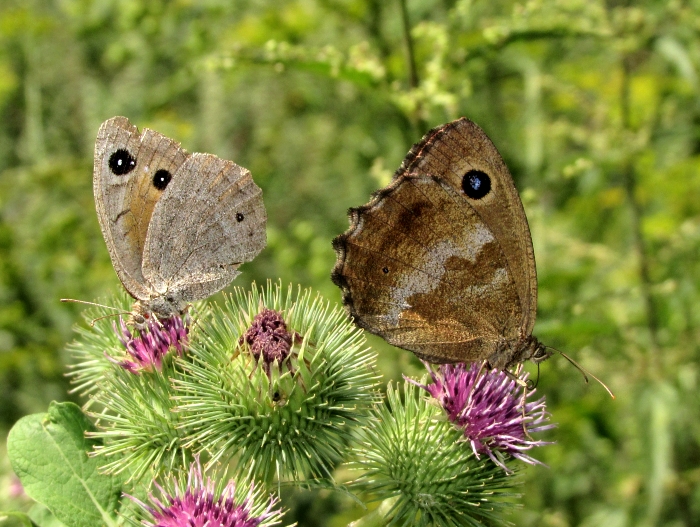 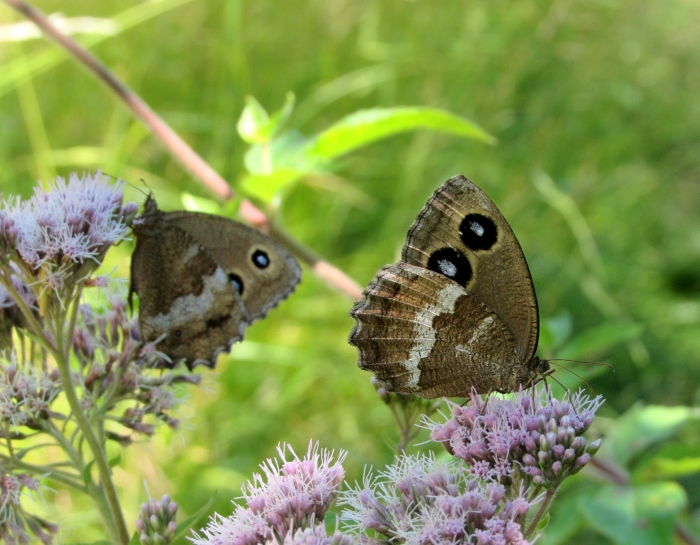 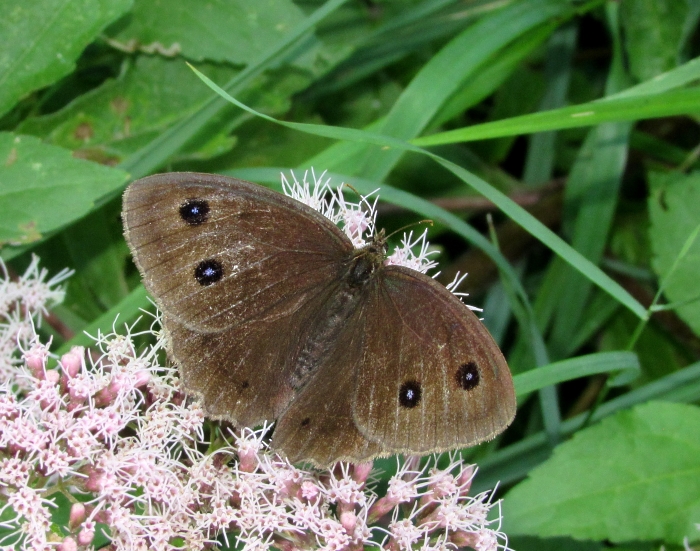 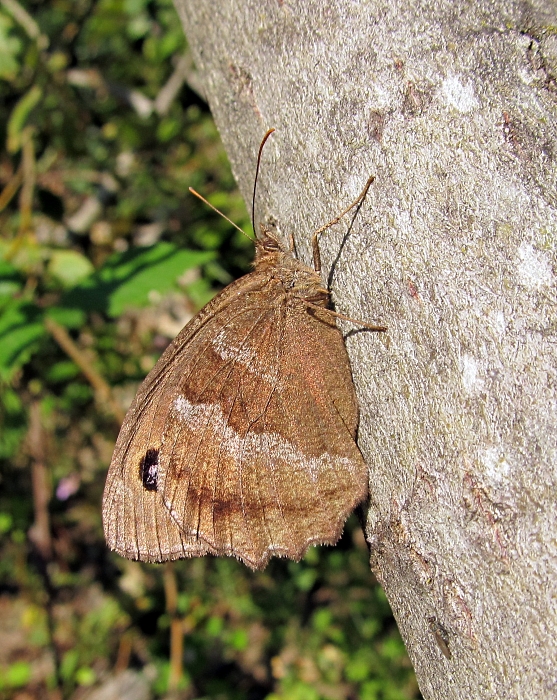 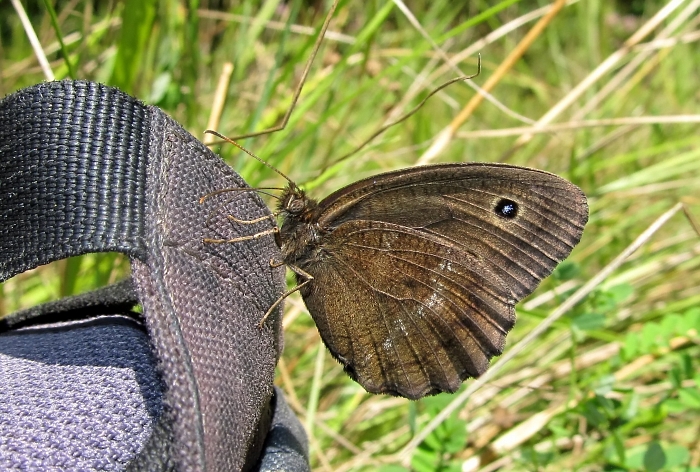 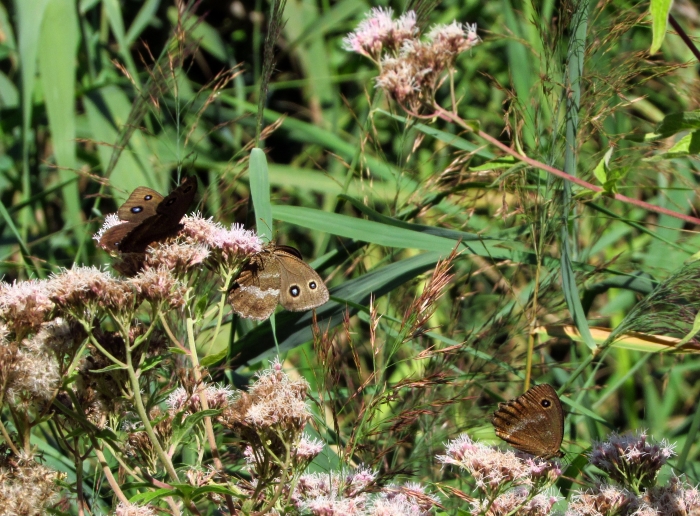 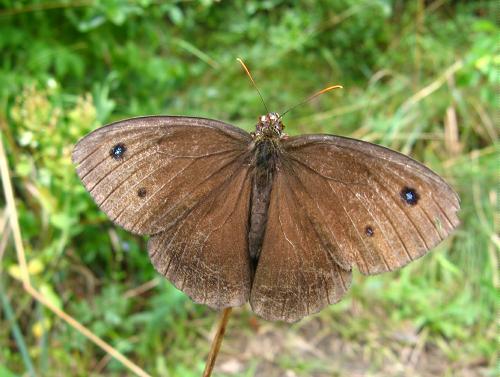 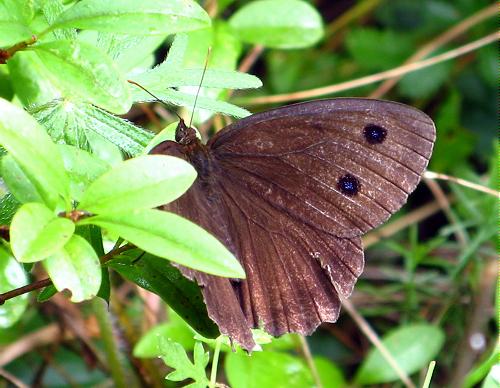 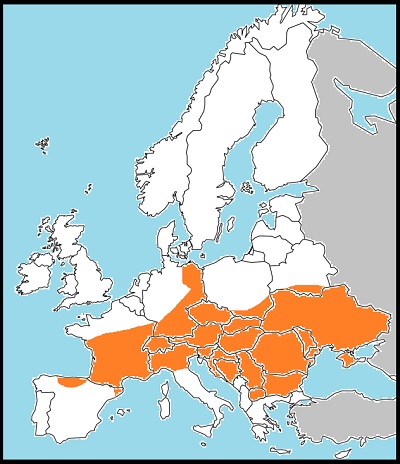 The dryad is a large and beautiful satyrid of late summer and autumn. It usually flies from the end of July in Switzerland, frequenting hot places with long grass - where, paradoxically, it spends quite a lot of time in the shade or half-shade. It loves nectaring, and gathers in good numbers on favourite plants - knapweeds, thistles, hemp agrimony, scabious &c. Looking huge, black and floppy in flight, it is a delightful species to be with.

Dryads are generally regarded as scarce, but they are often very common where found. They fly in a single brood, hibernating as caterpillars. The caterpillars feed on various grasses, including cocksfoot, brome grasses and false oat-grass.