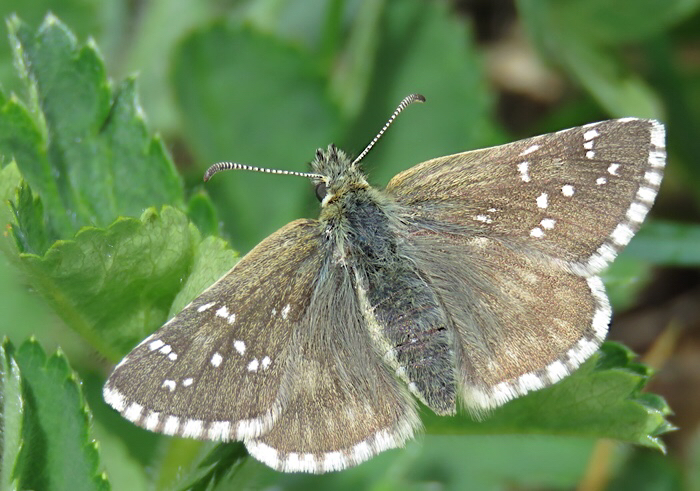 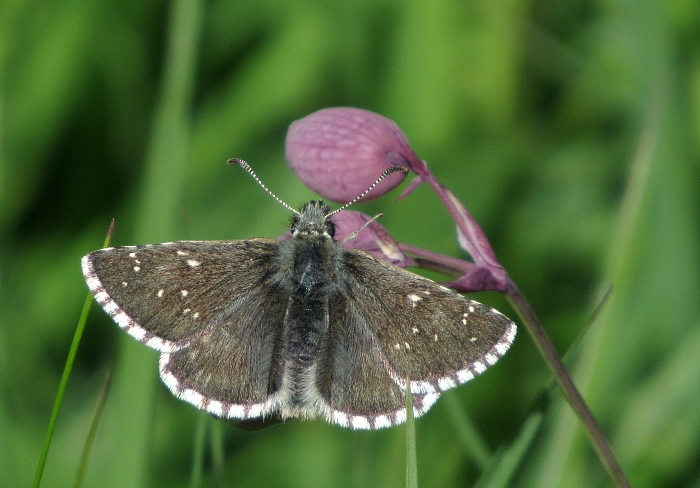 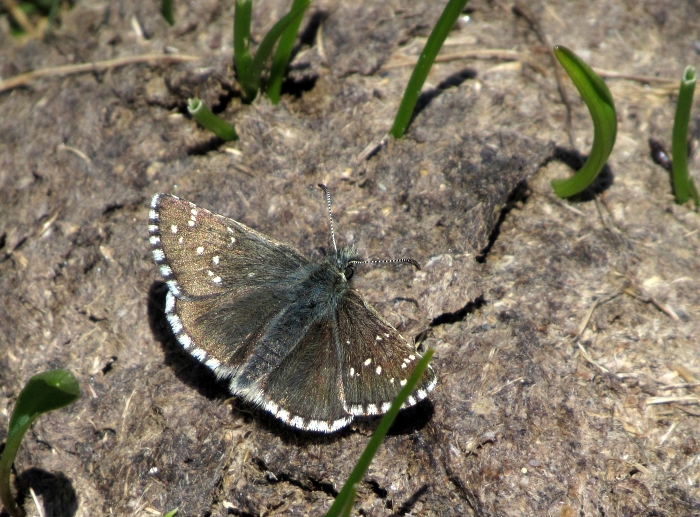 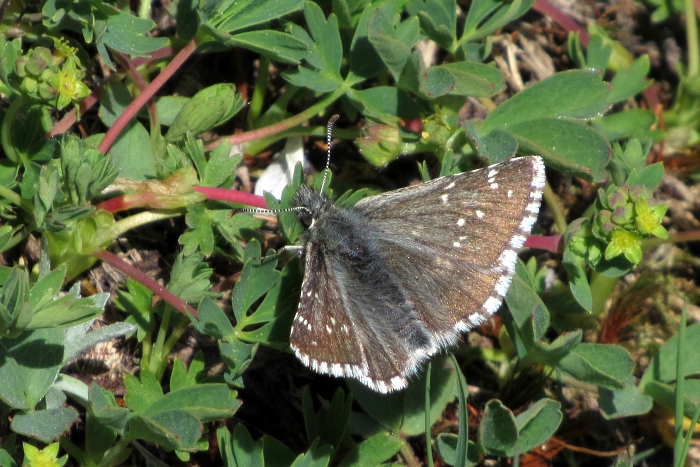 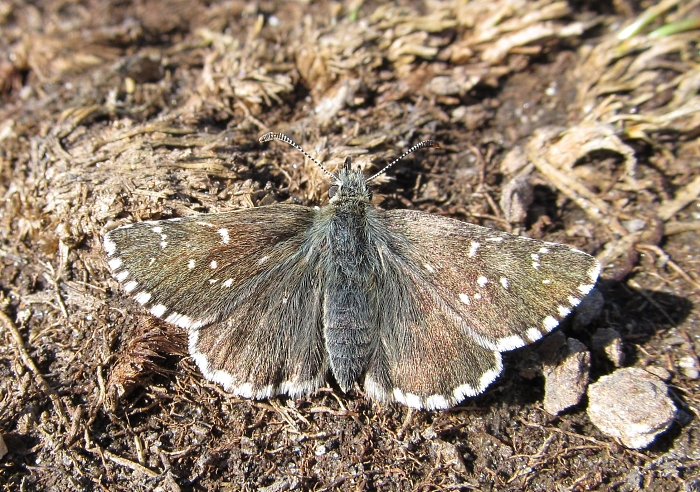 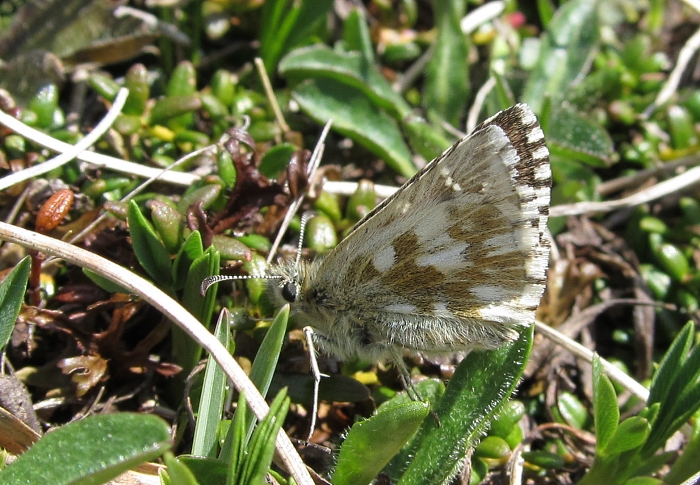 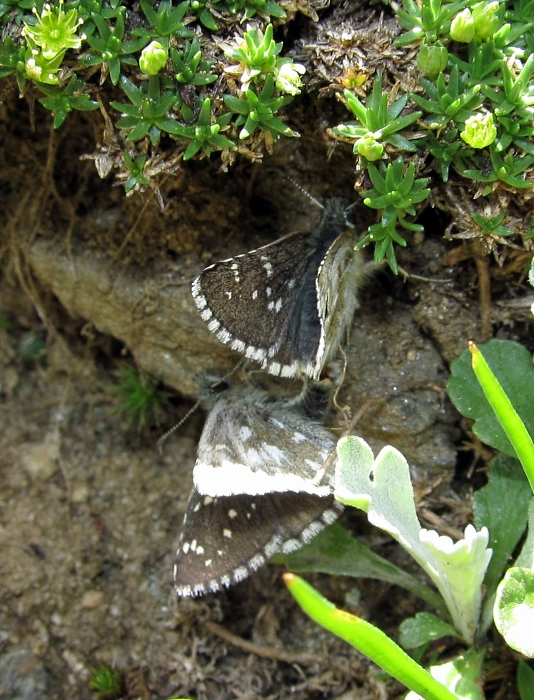 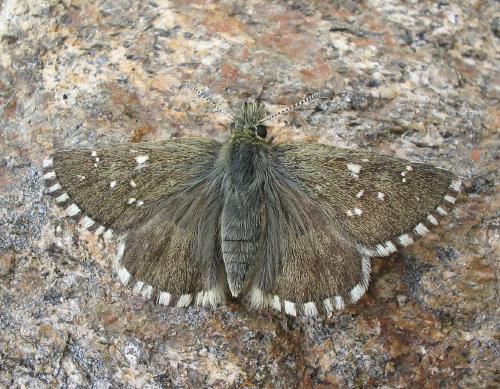 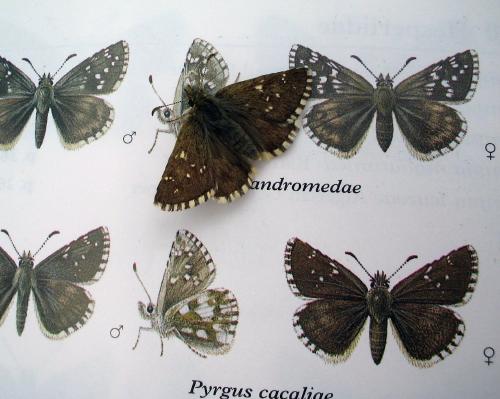 Female, Switzerland, July 2006, posing near its portrait in Tolman 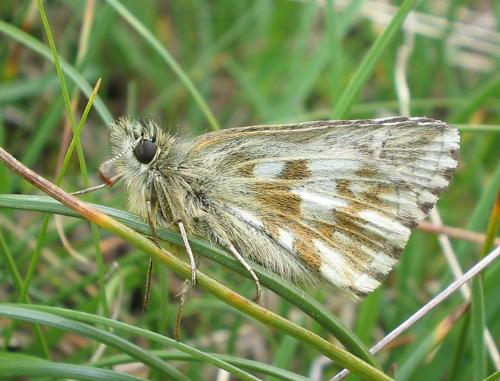 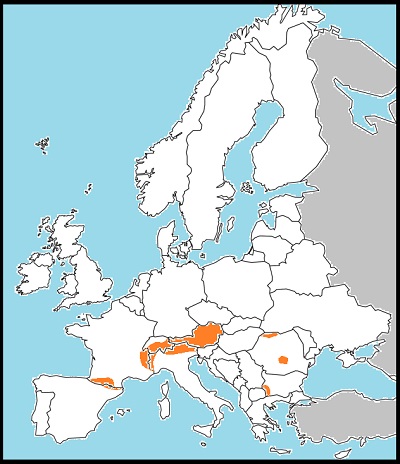 The dusky grizzled skipper is a high-mountain butterfly, associated in my mind with Cynthia's fritillary and dewy ringlets, which often fly in the same places. Expect to see it above about 1800m in the Alps and Pyrenees, in flowery gullies and hillsides with short grass.

The upperside has a distinctive grey, powdery look. The forewing markings are sparse, small and discrete, and the hindwing markings vestigial. When you are familiar with the look, fresh individuals cannot be mistaken. The underside is greenish, often with a yellow tint, with white spots in the usual Pyrgus pattern. A useful point to note is that the central basal spot is missing. The wing may be paler here but there is no well defined spot - no clear outer edge. When the other spots are clear it is obvious the middle one is missing. The discal spot corresponding to this basal spot (i.e., in s.2) is also typically missing, so the discal band is broken.

The foodplants are various Potentilla species and it is the caterpillar that hibernates. The adults fly in a single generation from June to August.