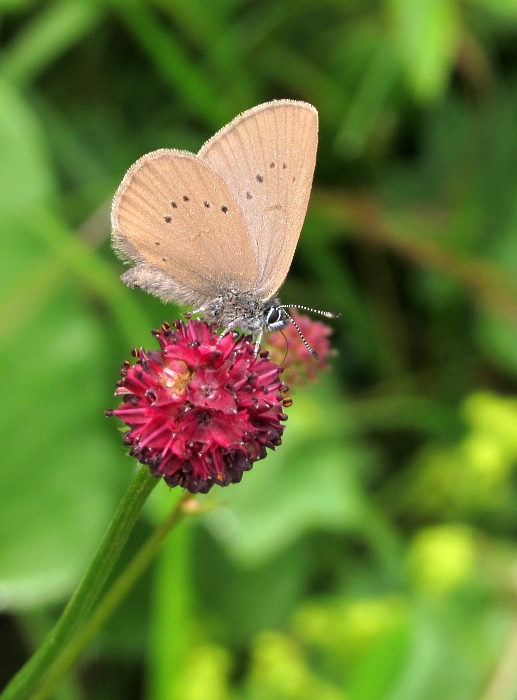 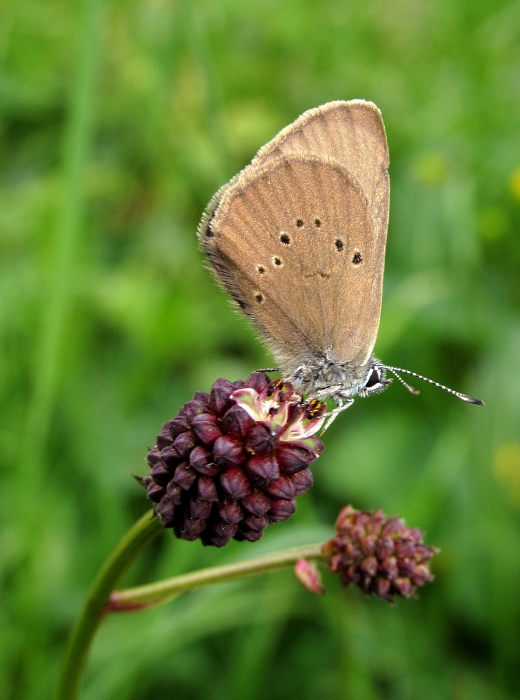 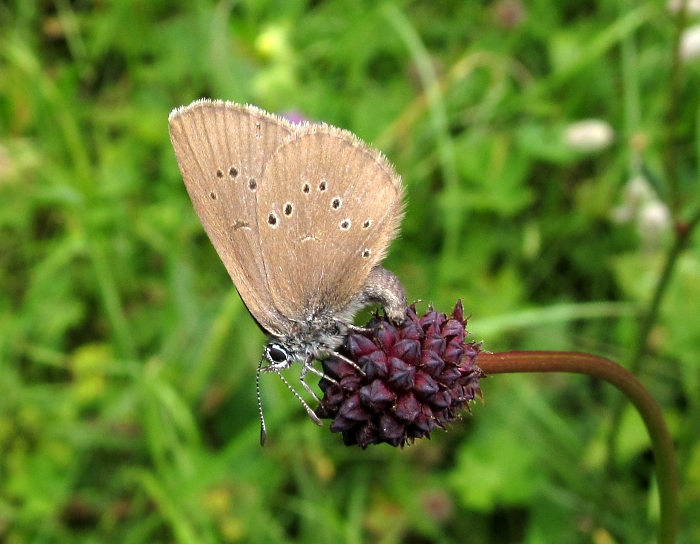 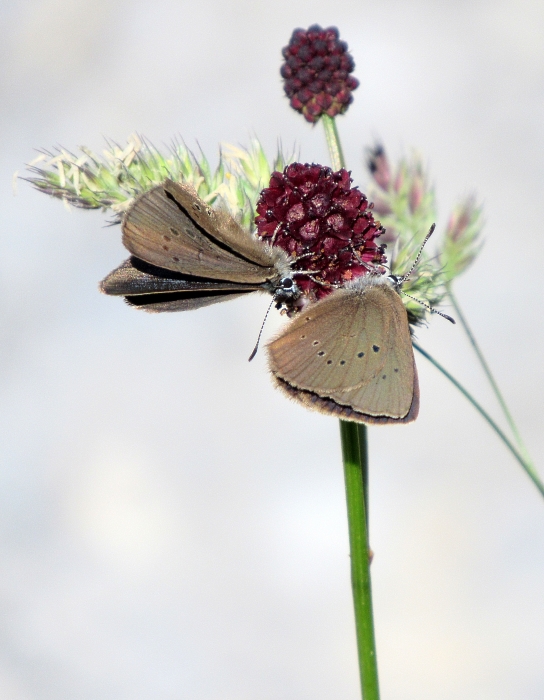 Switzerland, July 2018. I believe they are both males. 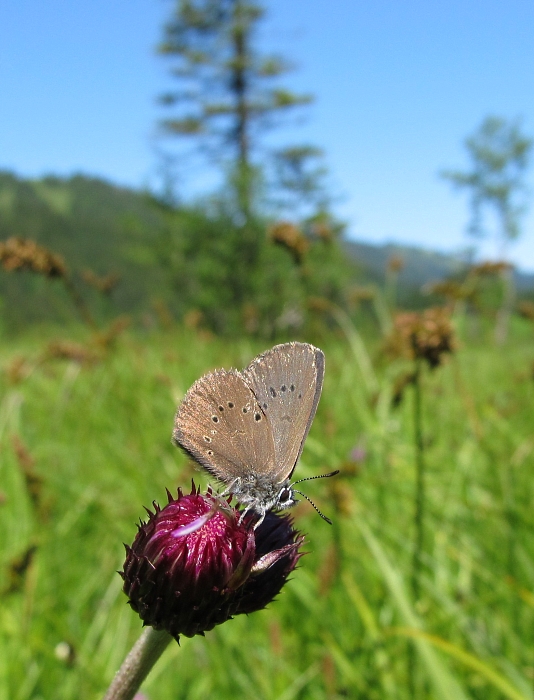 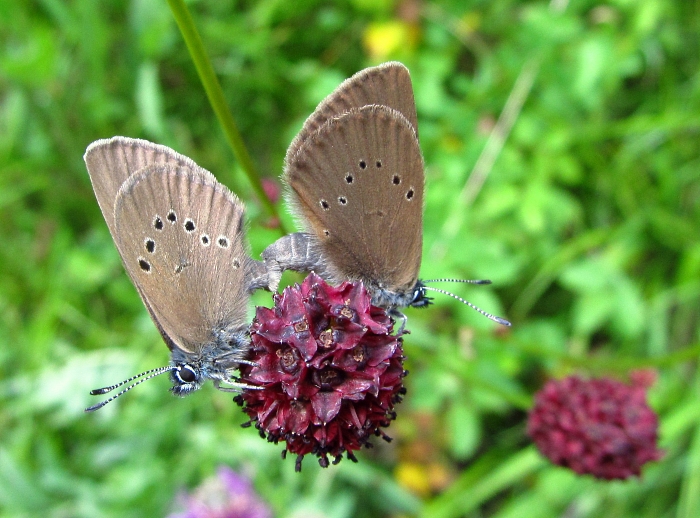 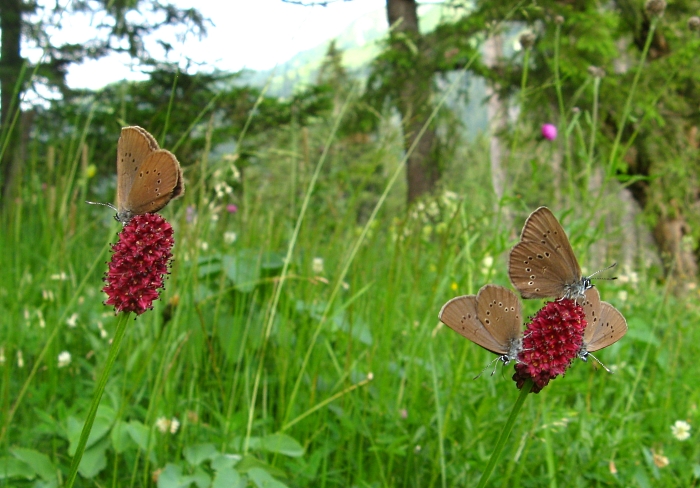 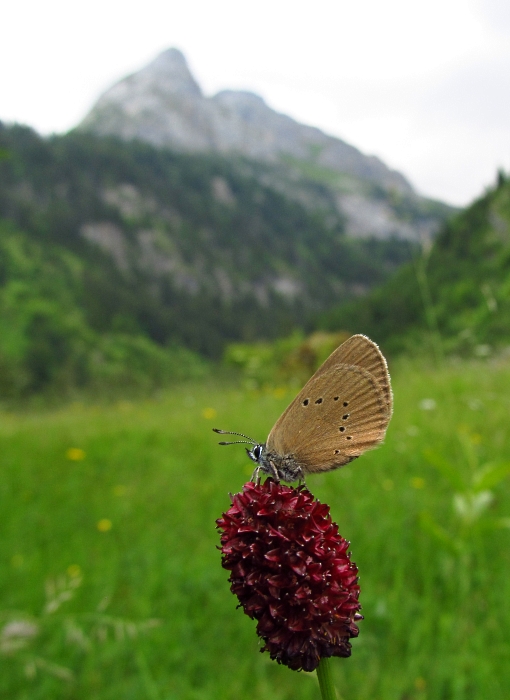 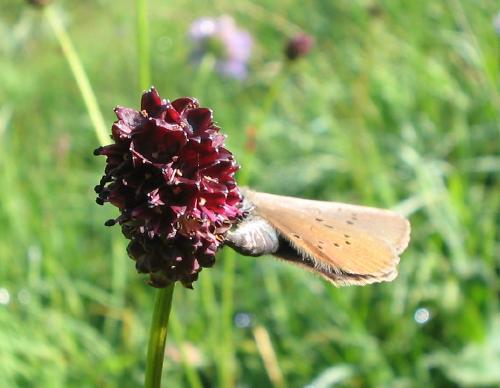 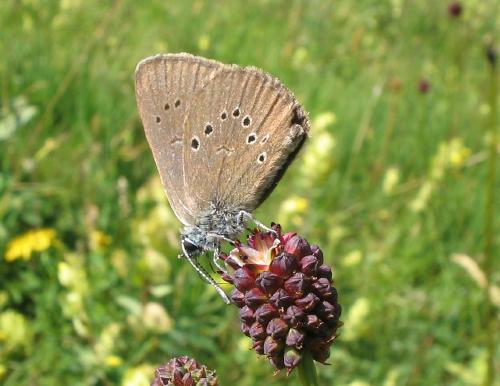 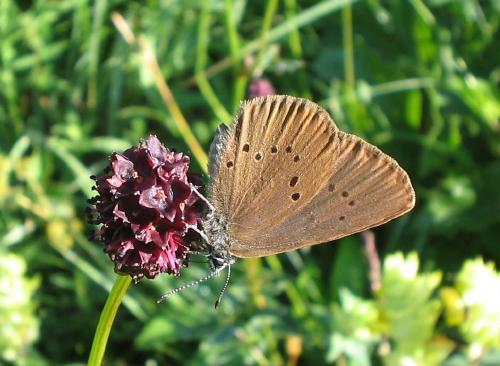 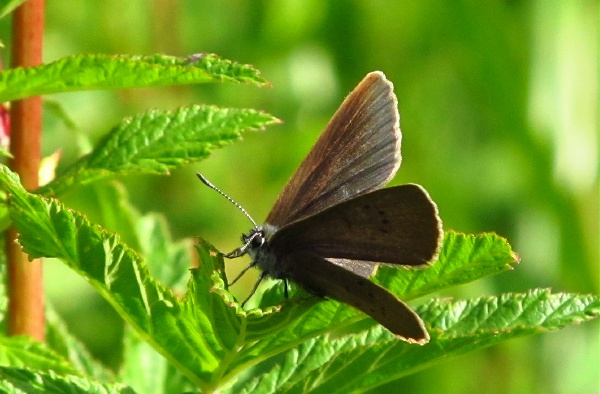 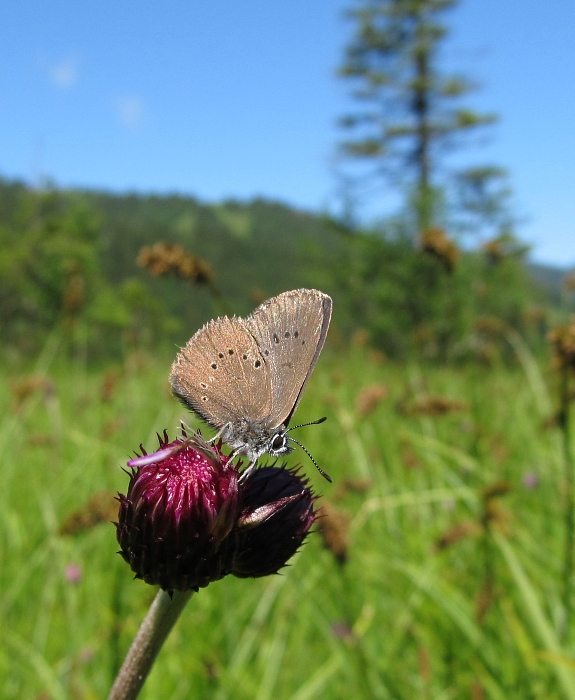 This male seems to have landed on the wrong plant by mistake! Switzerland, July 2013 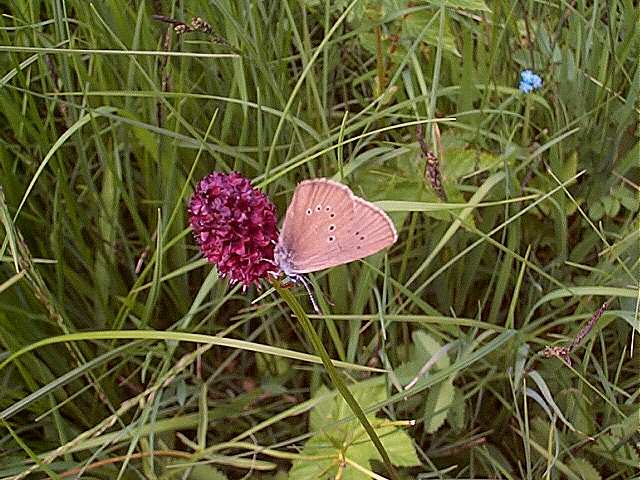 The first dusky large blue I ever saw, in July 2001 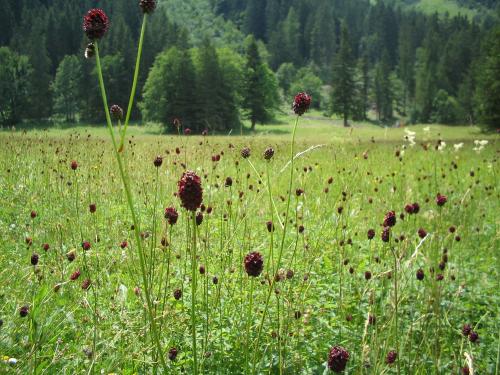 The habitat - wetlands with greater burnet. 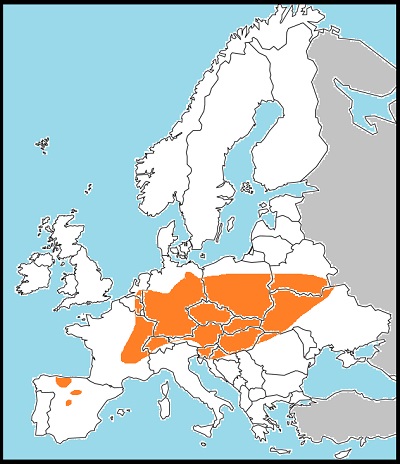 
Like its close relative, the scarce large blue, with which it often coexists, this is a rare and local butterfly. It has the same foodplant - greater burnet - and similarly thrives on the edges of extensive wetlands where this plant grows in abundance. I have, however, seen it quite frequently well away from any water, along roadside verges and dry meadows some distance from its main wetland habitat. Nevertheless, I have never found it in complete isolation from wetland populations and suspect these satellite colonies may still be dependent on the larger populations for their indefinite survival.

Identification is always easy. The butterfly is very closely associated with its foodplant - usually to be found on it - and almost always settles with its wings closed to reveal the chocolate brown undersides with a single arc of dark spots on both wings. Unlike all the other Phengaris species, dusky large blues have no submarginal markings. They cannot therefore be confused with the scarce large blues quite frequently adorning neighbouring heads of greater burnet. Still less can they be confused with large blues - another species often found in the same habitat - which have a well defined double submarginal series.

All the European Phengaris species - which used to be classed in their own genus, Maculinea - have an intimate relation with ants. When the caterpillars reach third instar they stop feeding on their host plant and go to the ground, where they cultivate the attention of ants. The ants are drawn to sweet, pheromone secretions exuded by the caterpillars, which mimic ant pheromones. Eventually, an ant will pick up the caterpillar and take it down into its nest, where it will feed it on the larvae within the colony. The caterpillar matures and pupates within the nest, emerging the following summer to fly, mate and start the process rolling all over again. The butterflies fly in June and July, depending on altitude.