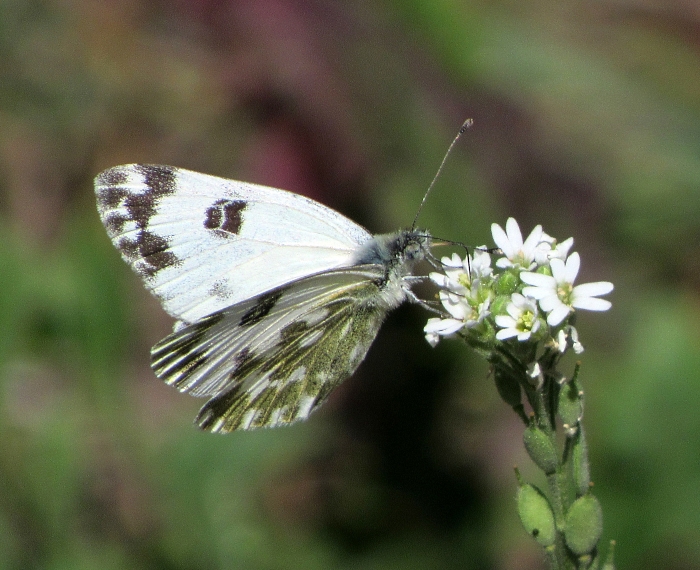 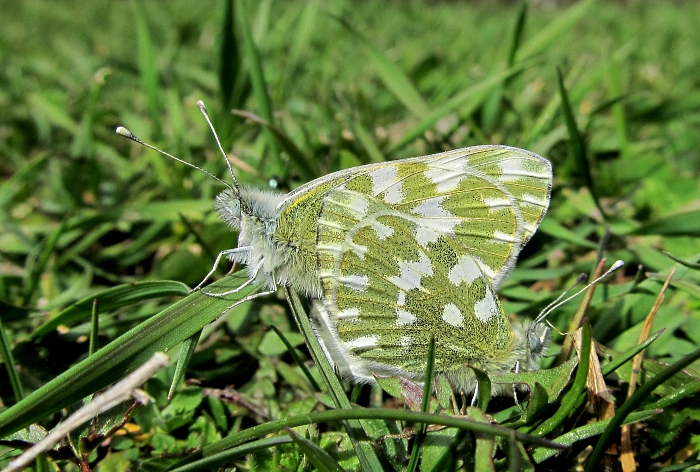 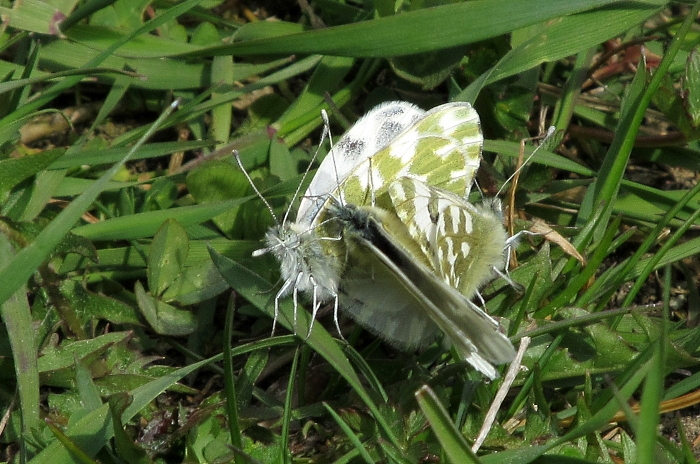 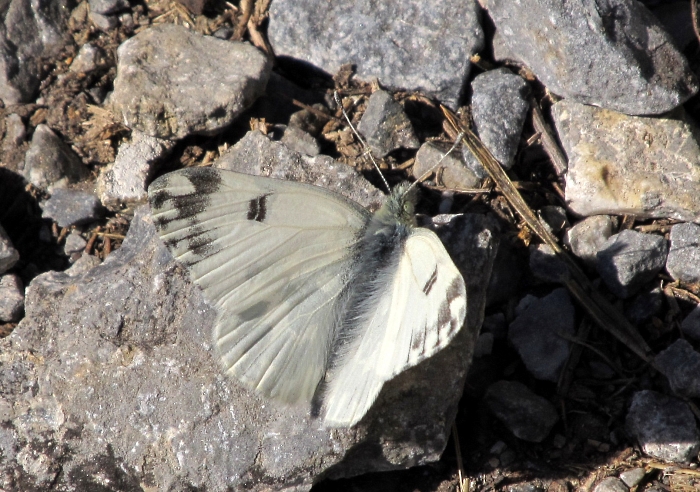 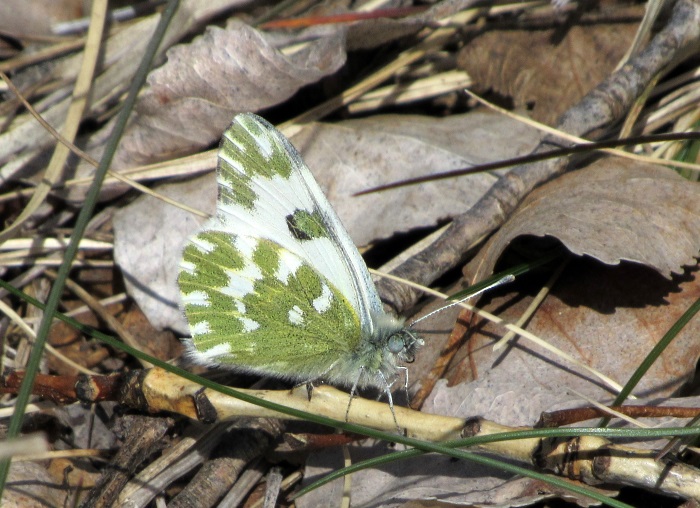 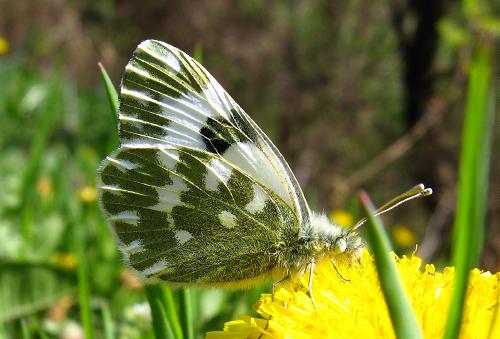 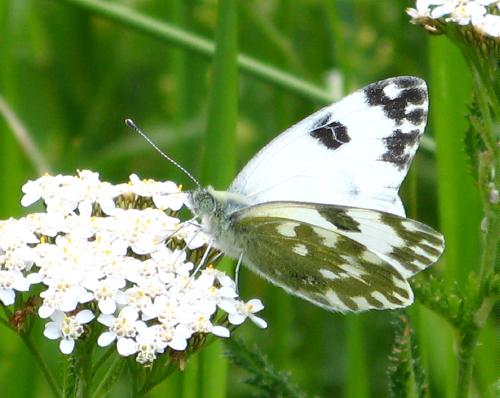 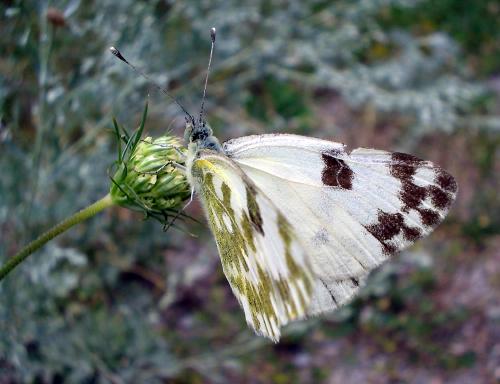 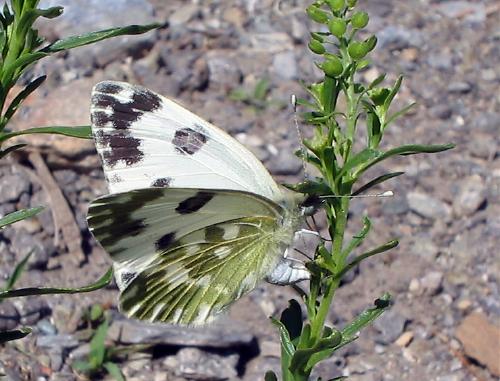 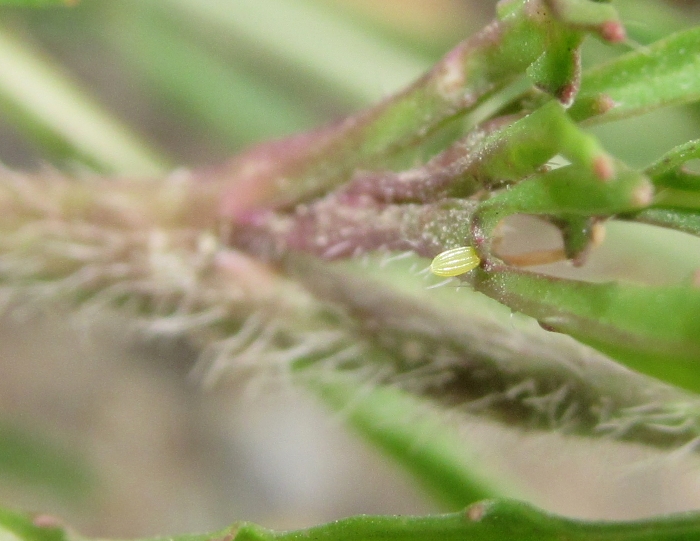 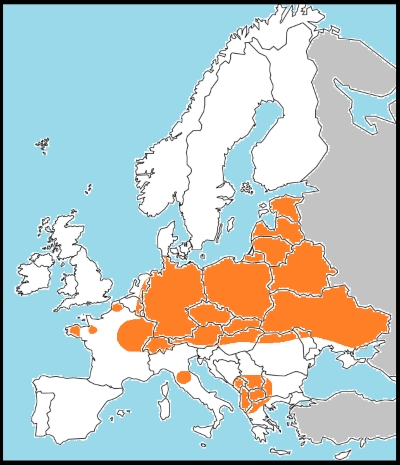 The eastern Bath white is very similar in appearance, ecology and behaviour to the Bath white. Unfortunately, because of historic conflation of the two species, its distribution is not well known. Some books show an essentially East/West dividing line. The map above is taken largely from Leraut (though I have excluded the northerly areas of vagrant distribution), who for much of Europe depicts a more or less North/South divide, with a significant overlap in Italy and the Balkans. I know from DNA barcoding that the Swiss populations are this species, Pontia edusa, and it is also clear that Iberian populations are all daplidice. The relatively few that have reached the British Isles seem to be edusa.


It is usually stated that eastern Bath white and Bath white cannot be separated in the field. However, I believe that in most cases they can - so if a sufficient number are seen at a particular location it is proabably possible to determine which species it is. The clue is the spot on the forewing underside circled in the pictures below. With a good, well lit (not back-lit, with the light passing through the wing) view, it can be seen that in edusa this spot is largely obscured by green suffusion. In daplidice it generally appears at least in part bold and black. Because there is a black spot here on the upperside, views with the light shining through may be deceptive. 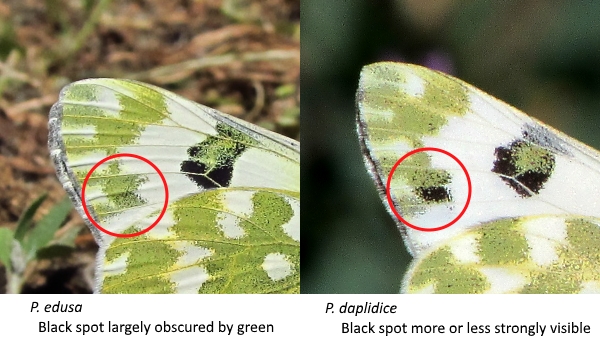 In Switzerland, this is one of the first non-hibernators to be seen. Males appear in March in the valley, motoring along tracks in a manner quite unlike that of small whites and green-veined whites, which begin flying at about the same time. The wingbeats of eastern Bath whites are faster and the flight generally more determined and direct. They do occasionally stop to nectar, but rarely for long. Females have a similar flight but do not rode in so determined a fashion, usually flitting from flower to flower, pausing briefly on each, then zooming off to another flower patch.

Like the other early whites, this species has several generations a year but always hibernates as a chrysalis.