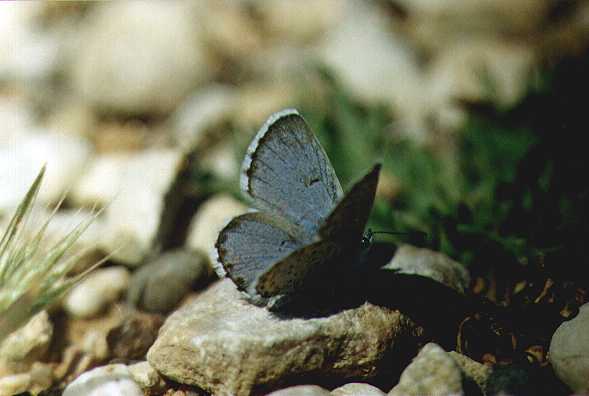 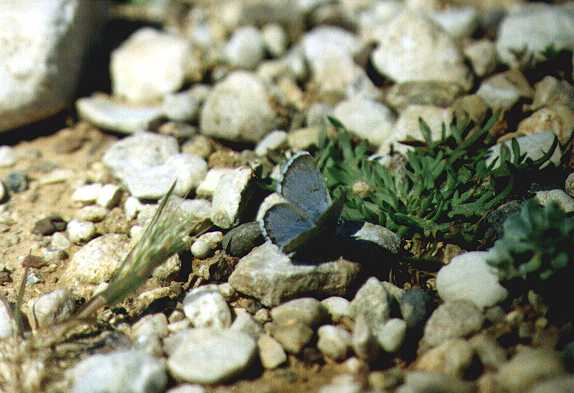 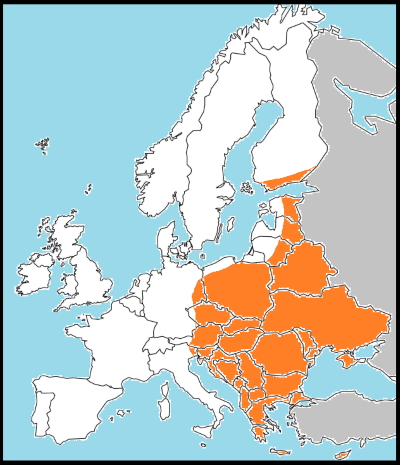 This is the eastern sister of the baton blue, and effectively inseparable from the latter in the field. The eastern baton blue is said to be on average larger but size is a notoriously unreliable character, especially in blues. For the amateur, distribution is undoubtedly the best way to identify the species. An individual found east of the Alps is eastern baton blue. In the narrow area of overlap it is probably impossible to tell.

I have seen exactly one eastern baton blue. I was on the Greek island of Spetses, in March 2000, waiting for the boat back to the mainland, when I suddenly realised the clocks had gone forward and I was an hour early. Not wishing to sit around, I took a walk and discovered the individual pictured above. In those days I only had an old SLR and was unable to get good pictures, but at least I have a record. The female is similar to the female baton blue, HERE.

Like its sister species, the eastern baton blue flies in two generations, in April/June and July/August, and hibernates as a pupa.