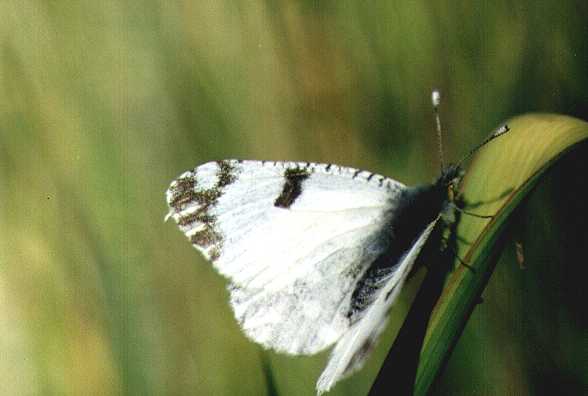 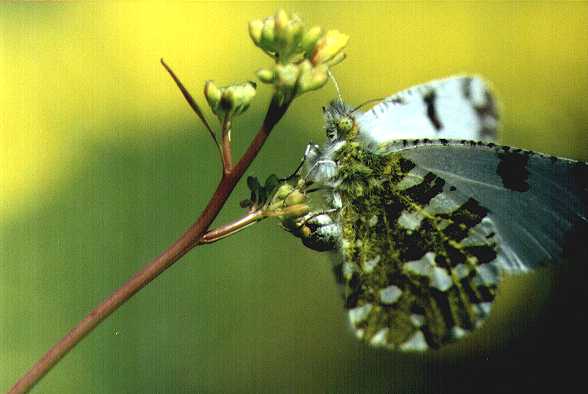 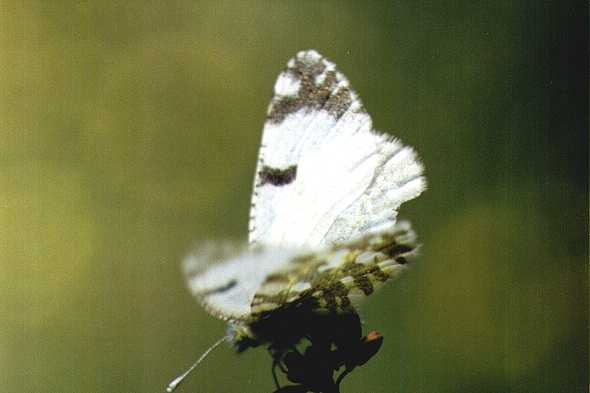 The most that can be said of these rather awful pictures is that they definitely show eastern dappled white, Euchloe ausonia, rather than its close sibling, the western dappled white, Euchloe crameri. They were taken in Greece (more specifically, on the island of Spetses), where it is universally agreed crameri does not fly. Until recently, the divide between these two was assumed to be east/west, with overlap in areas of France and Italy, but Leraut has somewhat muddied the waters by recognising a new subspecies of flying in Spain and Portugal (ssp. galloiberica, Leraut 2016). According to his maps, there is additional overlap precisely where my photographs of crameri were taken, in Málaga.

Leraut states that crameri and ausonia differ in the shape of the outer margin of the forewing, which is on average slightly more convex in ausonia. Looking at illustrations, it appears this feature is not constant. He also mentions the hindwing spots, which are less numerous and less clearly delimited on ausonia. This seems to me to hold better. The spots near the body, in particular, are clear and countable in crameri but rather obscured in ausonia. By this criterion, all my pictures of crameri are indeed of that species.

In truth, ausonia, crameri and simplonia form a complex of sibling species whose general distribution is the southern half of Europe. Simplonia is restricted to mountain areas while ausonia  and crameri fly at lower altitudes. In Corsica and Sardinia, a fourth member of the complex flies, Euchloe insularis.

The present species flies in a series of overlapping broods from early spring until high summer, hibernating as a pupa.