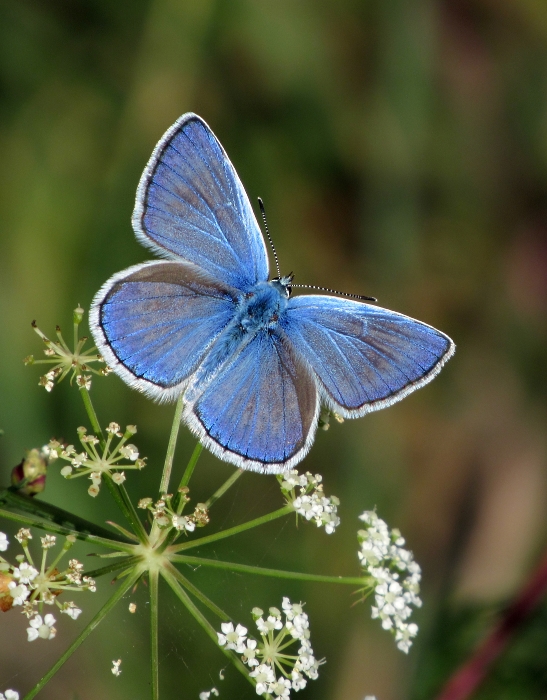 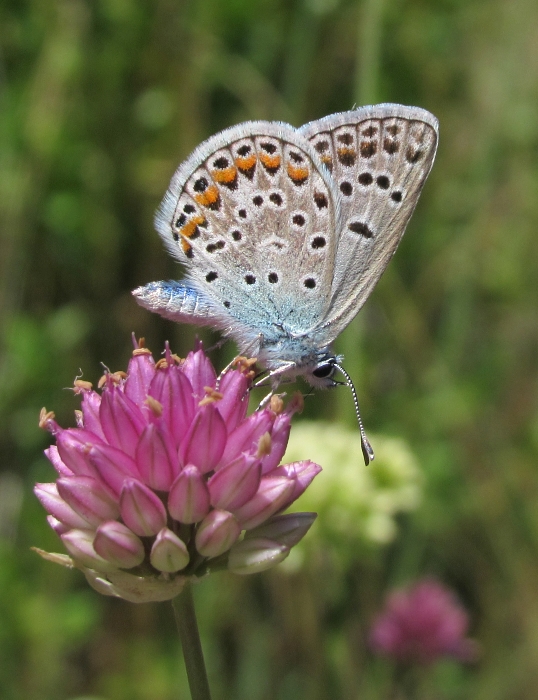 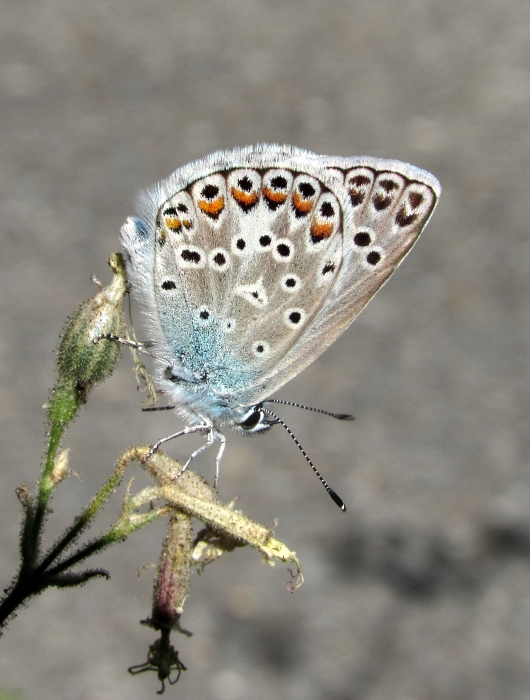 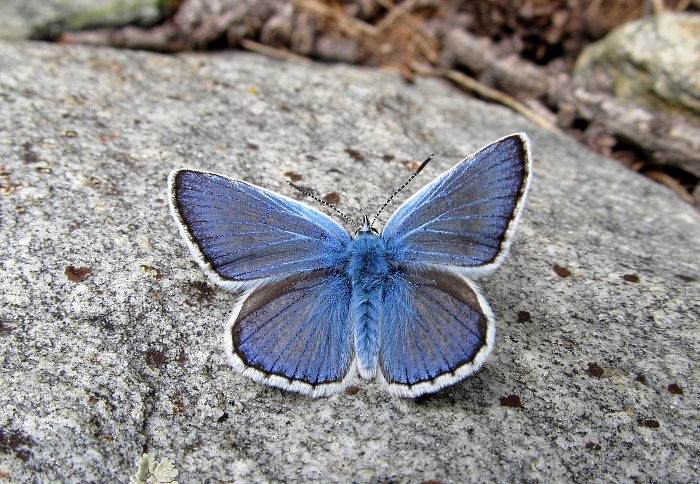 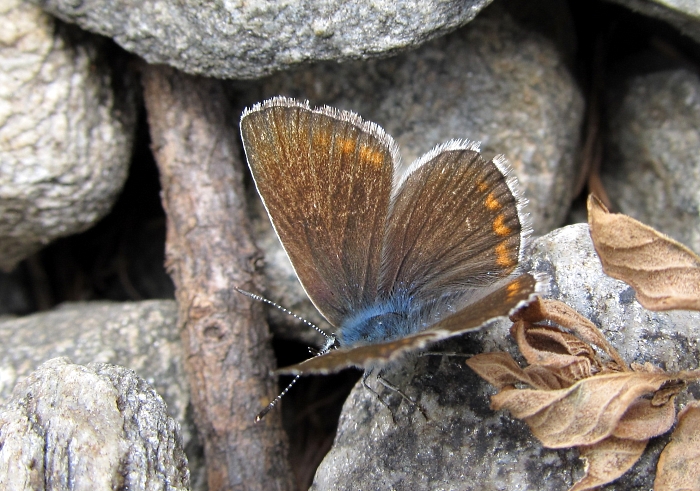 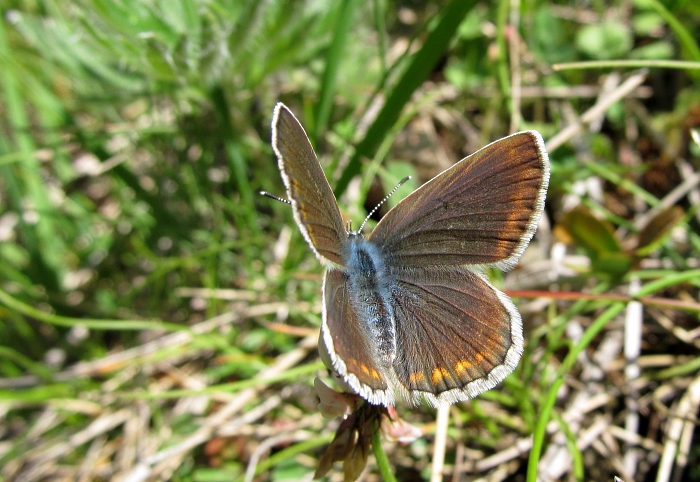 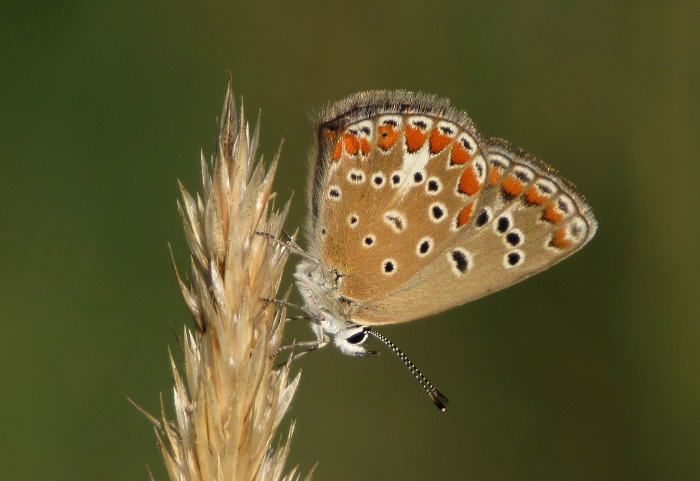 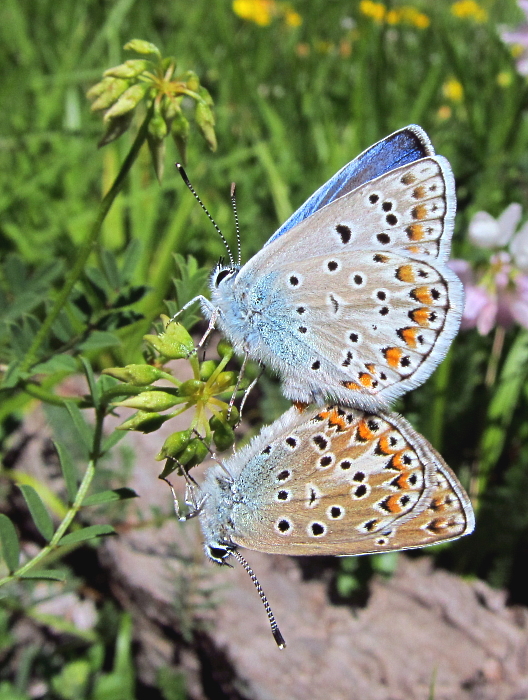 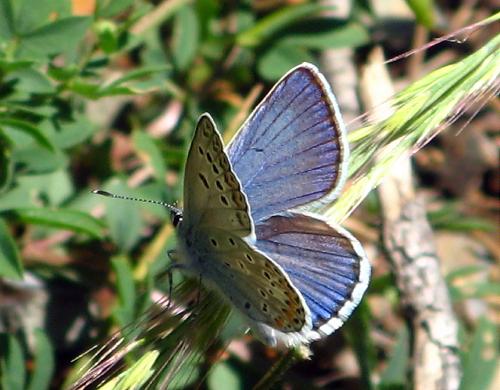 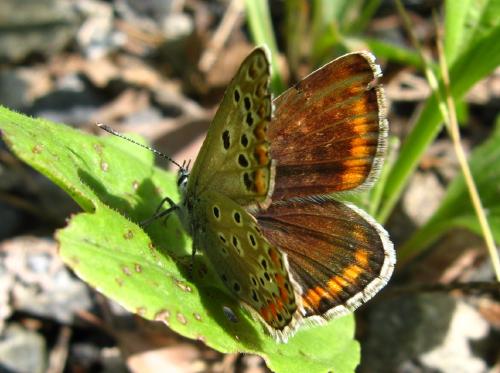 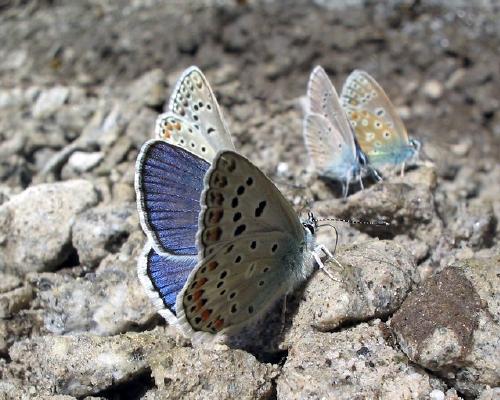 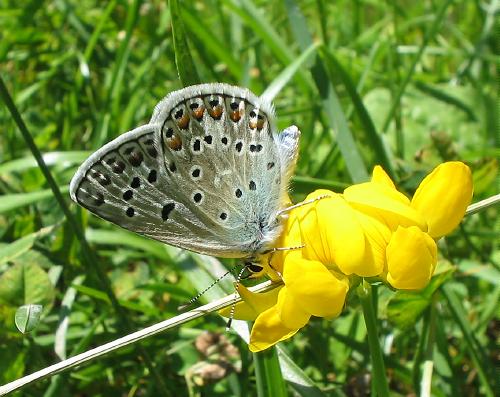 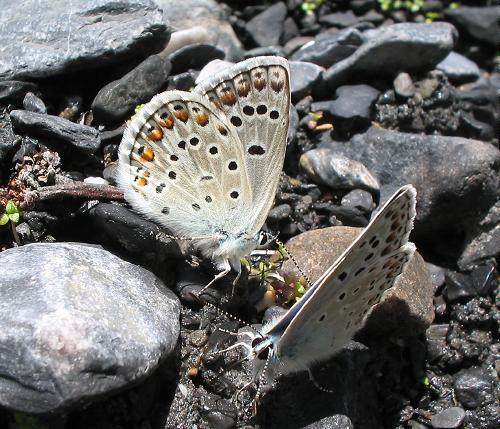 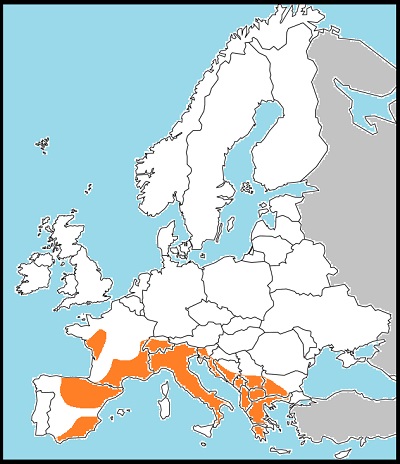 This is a common species of hills and mountains in central and southern Europe, flying in flowery, rocky places, including roadside verges, above about 500m. where its foodplant, Astragalus monspessulanus and other Astraglus species, grows. It is on the wing from May or June until late summer, depending on altitude. In the Pyrenees it is a familar companion on mountain tracks bordered with low-growing herbs like thyme and oregano.

Though superficially similar to many blues, the male is quite distinctive. A large species, he is a deep, gleaming sky blue in colour with dark margins that leak inward along the veins. The veins around the cell on the forewing are highlighted, giving (to my eyes) the appearance of antlers. The hindwings are half-chequered. Beneath, he lacks a cell spot. The female is similarly large but all brown, with orange submarginal lunules. She lacks any significant blue on the wings. Her underside is tan to deep brown, unlike the male's, which is grey-brown, but she is otherwise similar.

Like many blues, Escher's blue hibernates as a small larva.