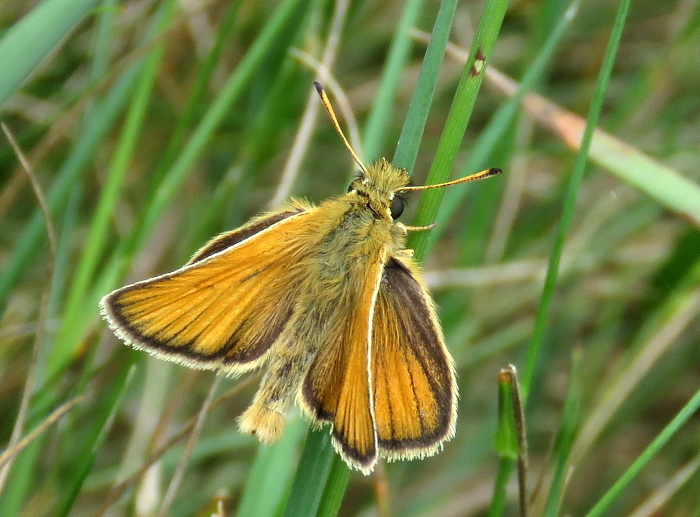 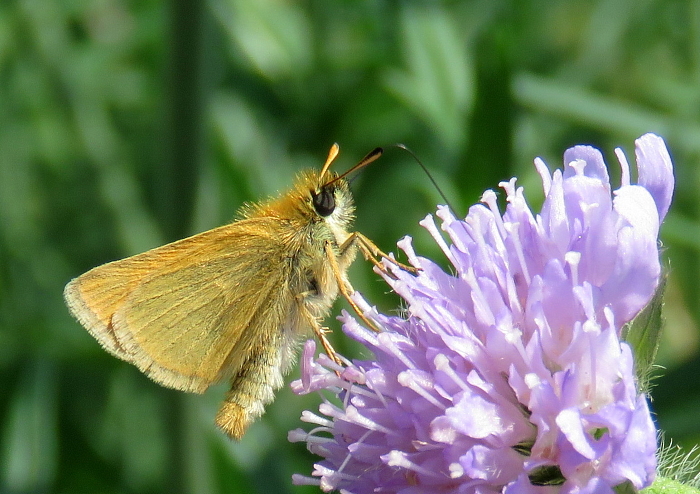 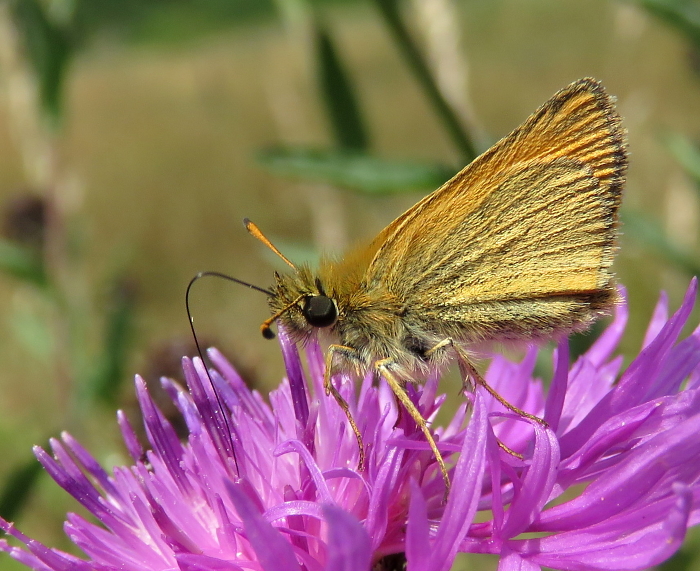 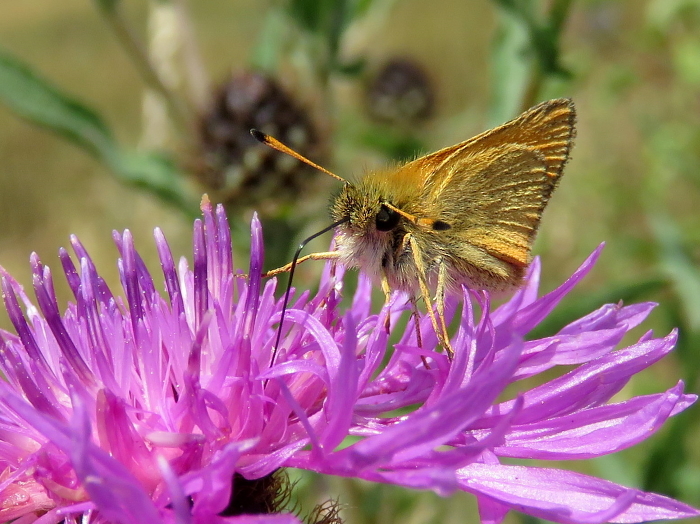 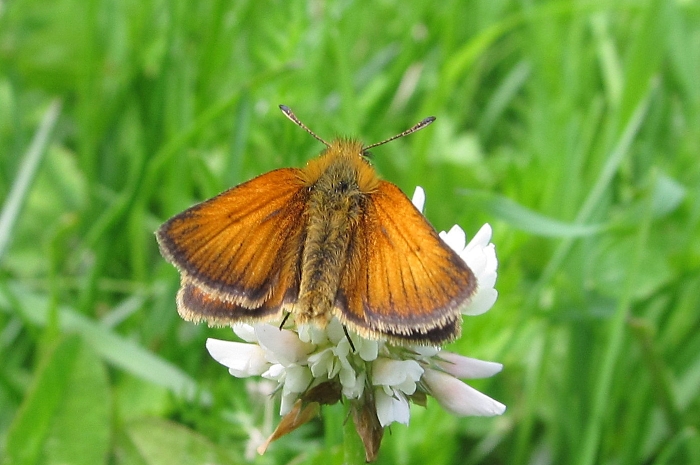 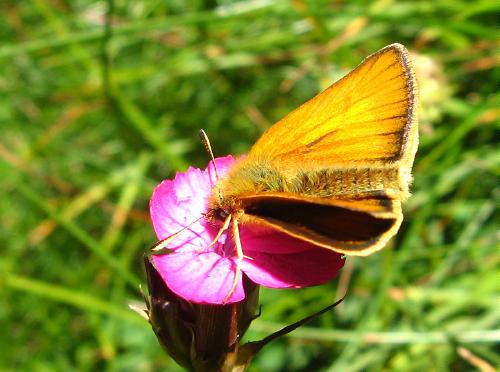 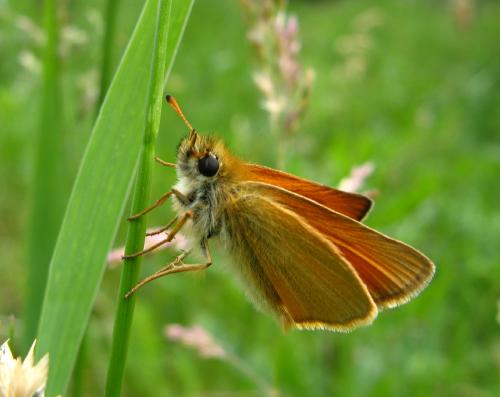 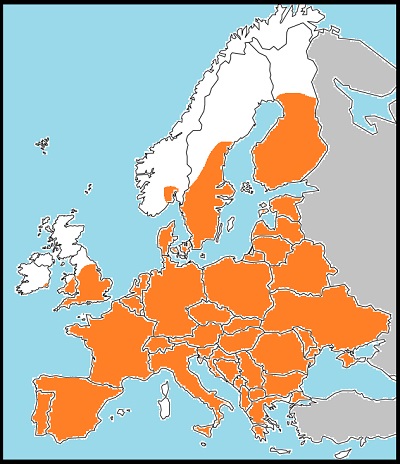 Because of its similarity to the small skipper, the Essex skipper was not recognised as a species in the UK until 1889, when it was discovered in Essex - hence the name. In those days it probably was restricted to south-eastern England but it has since expanded its range and is now found widely and commonly over the southern half of the country. It has even crossed the Irish sea and is found very locally in Ireland. It is widespread and generally common throughout most of Europe except for the far north, flying in meadows, hillsides and woodland clearings with long grass and plenty of flowers right up to alpine altitudes.

Both sexes can be separated from the small skipper by the antennae, which are all black at the tip, above and below. Small skippers are buff or reddish below. In addition, males may be recognised by the short, straight sex brand, broken at v.2. The small skipper has a long, decurved sex brand, crossing the vein. The undersides are more subtly different. While small skippers generally have a rather well demarcated greenish area at the apex of the forewing and the same colour on the hindwing, Essex skippers are more unicolourous golden brown beneath, with a hint of grey or green but not so well demarcated on the forewing. On the upperside, the dark margins of the wings tend to leak inwards along the veins in Essex skipper, while the margins are typically cleaner in small. This is not always the case though - small skippers may show creeping dark on the upperside, especially on the veins and especially late in the season I find.

The larvae will eat a great variety of grass species. They hibernate fully formed within the egg, waiting until the following spring to feed up and pupate. Adults fly in a single generation from June to August in central and northerly countries, and from May to July further south.