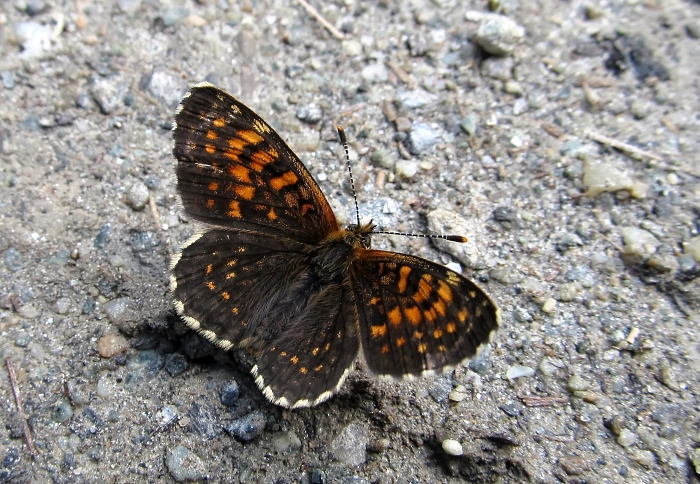 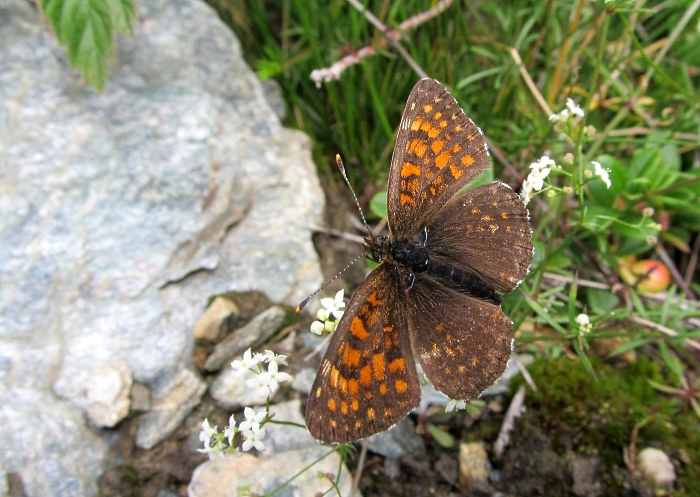 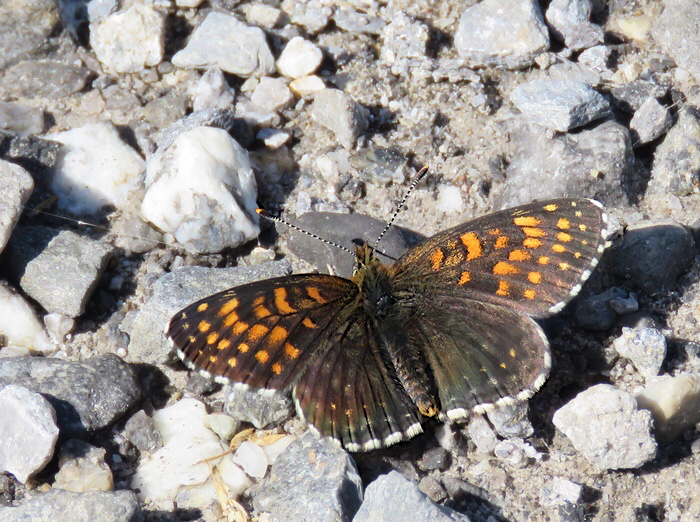 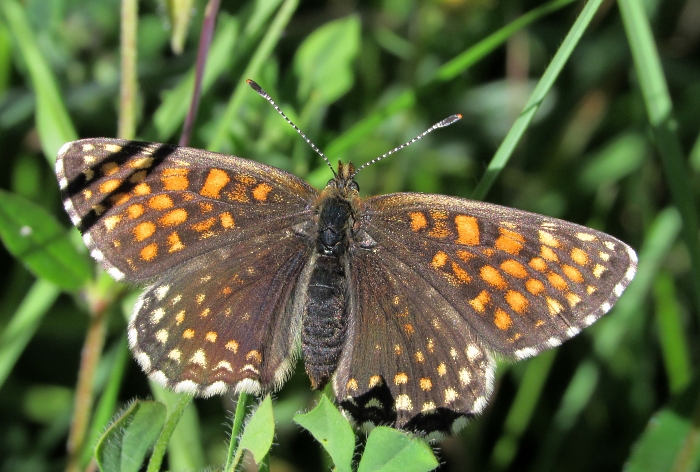 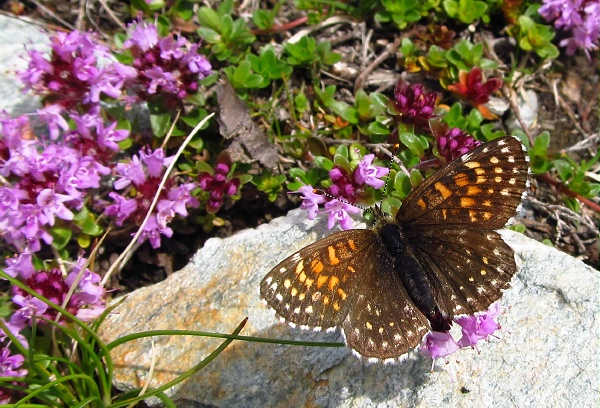 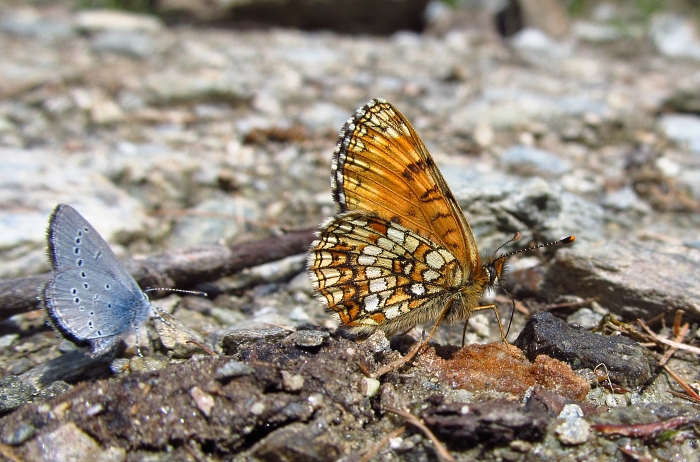 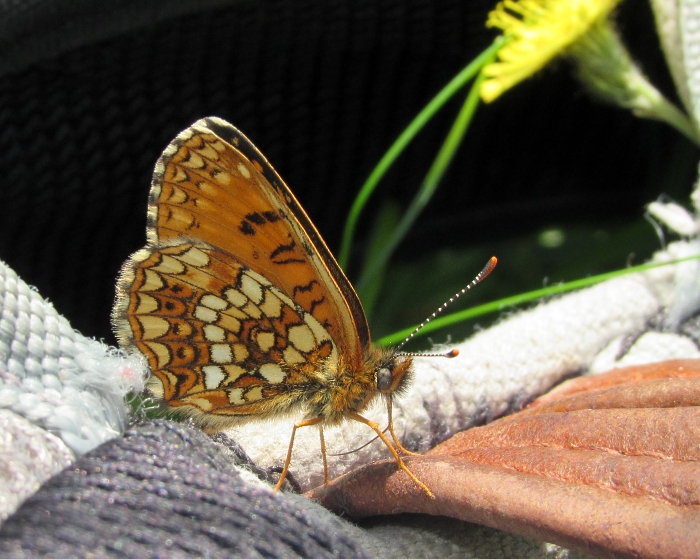 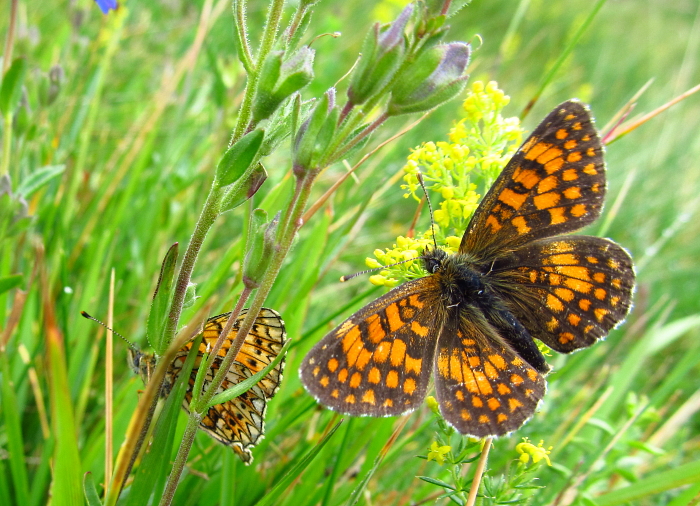 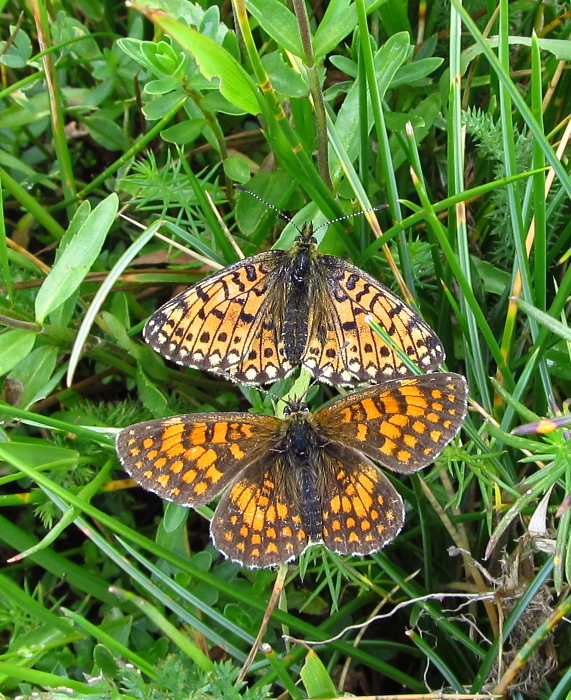 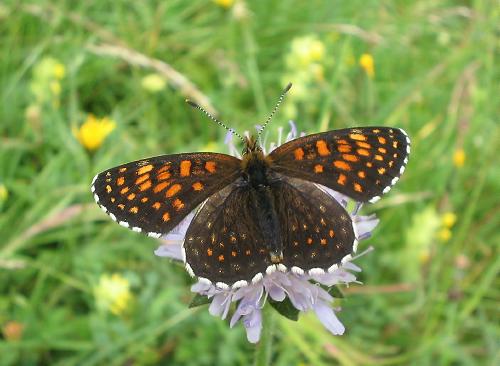 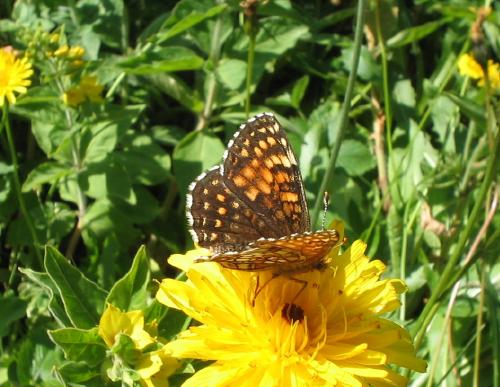 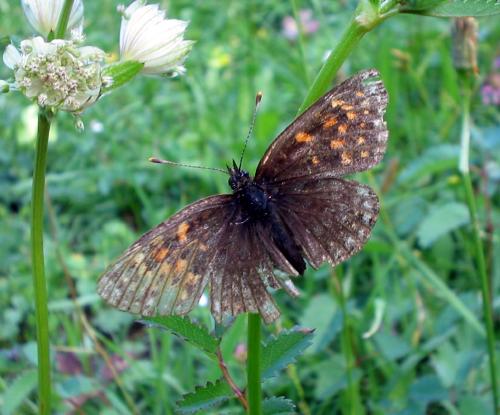 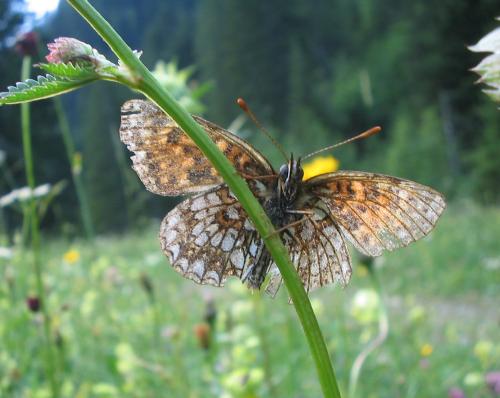 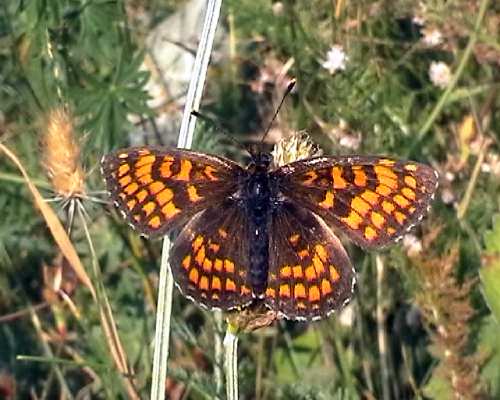 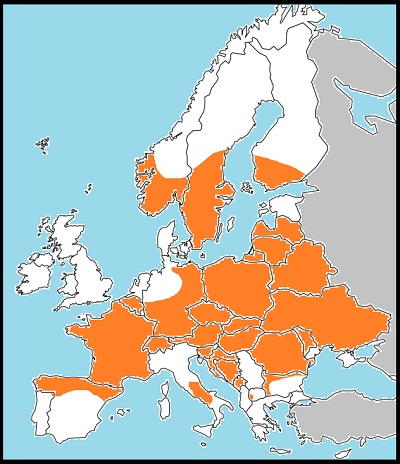 This is a widespread and locally common species found in various subspecies and forms throughout most of Europe. Its actual distribution is more scattered and localised than the broad strokes of the map above suggests and the species has known some extinctions in places where it formerly flew. In Switzerland, where I have most experience of it, it is common in June and July and I have also found it quite commonly in North Spain, in the Pyrenees.

In much of its range, the false heath fritillary is easy to identify, being largely suffused dark, especially on the hindwings. In flight, it looks very little like any other Melitaea species. The underside is also distinctive, with black central points in the orange post-discal spots. In North Spain, however, a quite different form flies, usually treated as subspecies vernetensis. This has much more orange above, so it looks like a rather heavily marked heath fritillary. It also lacks (most of the time) the dark points in the post-discal spots beneath. The undersides also show less richness of colour - a lot of silver-white in females and more uniform, pale yellowish in males. A similar subspecies, wheeleri, flies in Italy, though natural variation may produce individuals at either end of the darkness spectrum just about anywhere. I have seen 'normal' specimens in North Spain and relatively bright individuals in Switzerland.

The foodplants are various species of Valerian - principally Valeriana officinalis. Small larvae hibernate gregariously in a silken web before completing their development in the spring. There is a single brood in much of Europe, including Switzerland, but two broods at lower altitudes in the southern Alps and Spain.