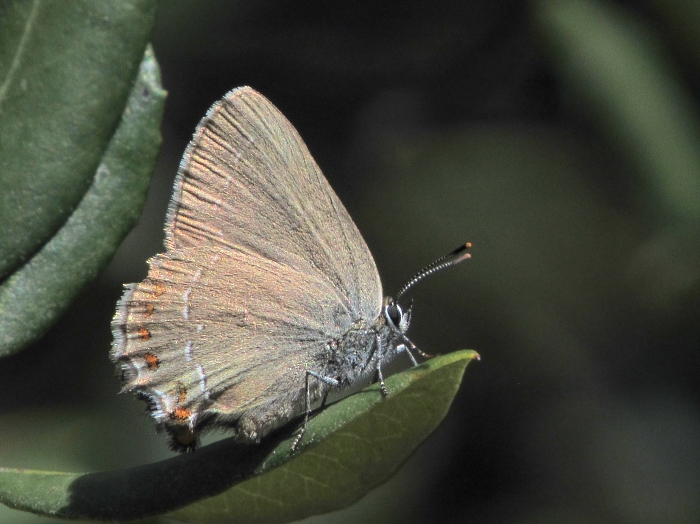 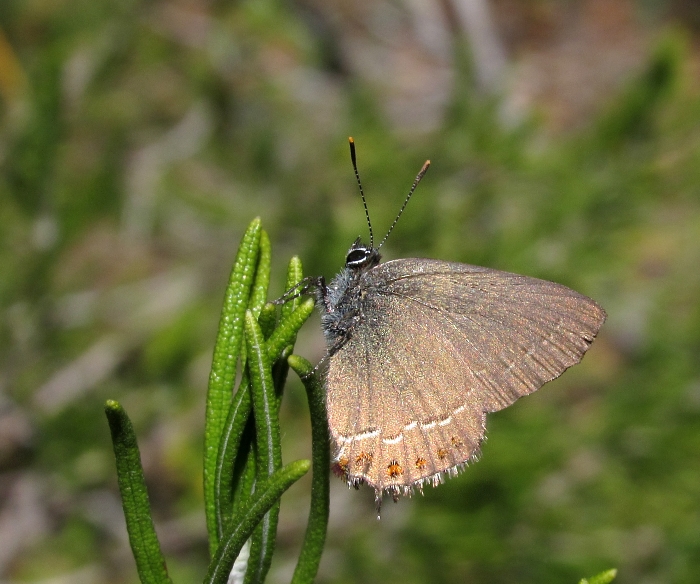 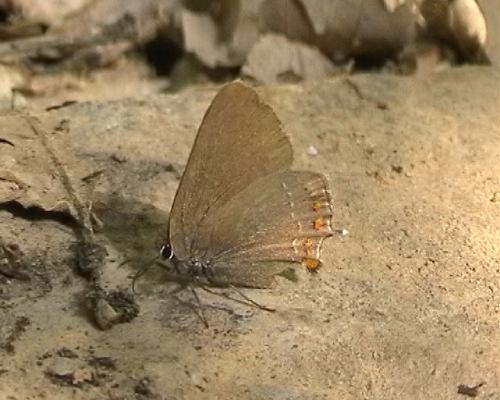 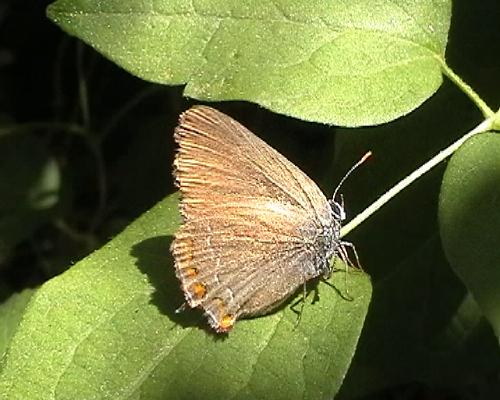 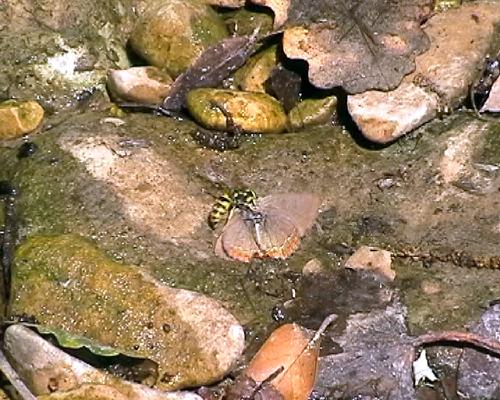 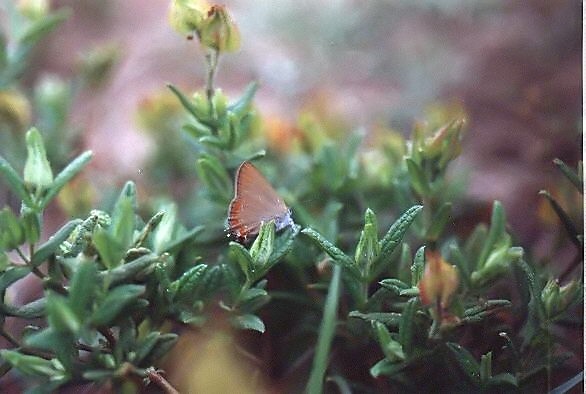 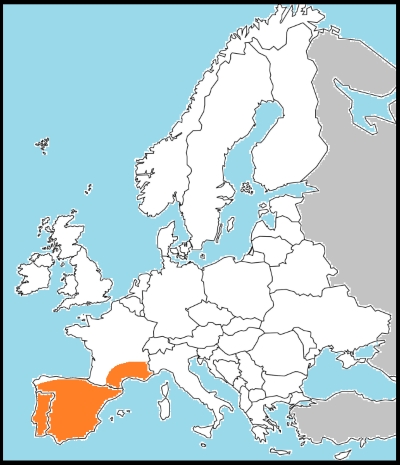 I have only rare contact with this butterfly, restricted as it is to Iberia and the south of France. It is, however, relatively common in these places. My first encounters were on the west coast of Portugal, in 1991 and 1992, on scrubby ground and bushes by the sea. I then saw no more until I visited Roger Gibbons in France in 2004. I was unfortunately 'between cameras' and only took video, including a short sequence in which one false ilex hairstreak was picked up by a wasp as it took minerals at a stream. Then there was another long gap until I saw a few individuals in Aragón in 2017. I will try and get better pictures in future years ...

Eggs are laid on Holme oak and Kermes oak and it is this stage that passes the winter. Adults fly from May through until August, depending on latitude and altitude.