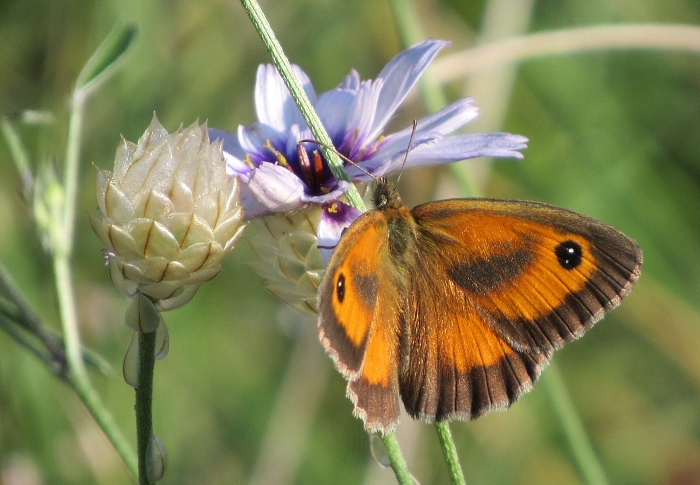 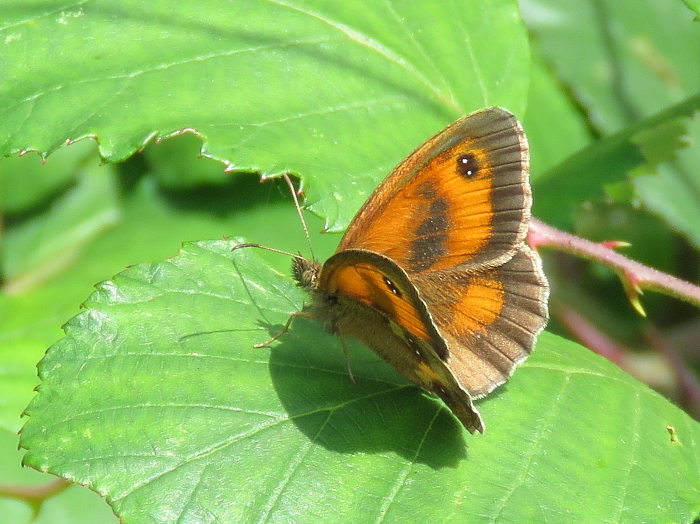 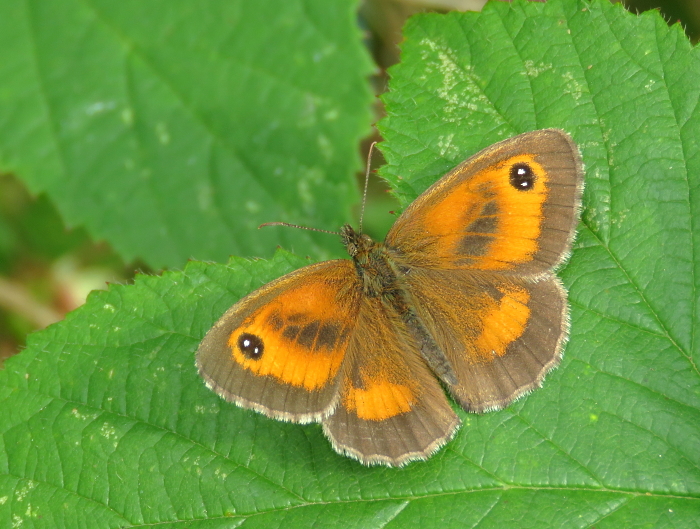 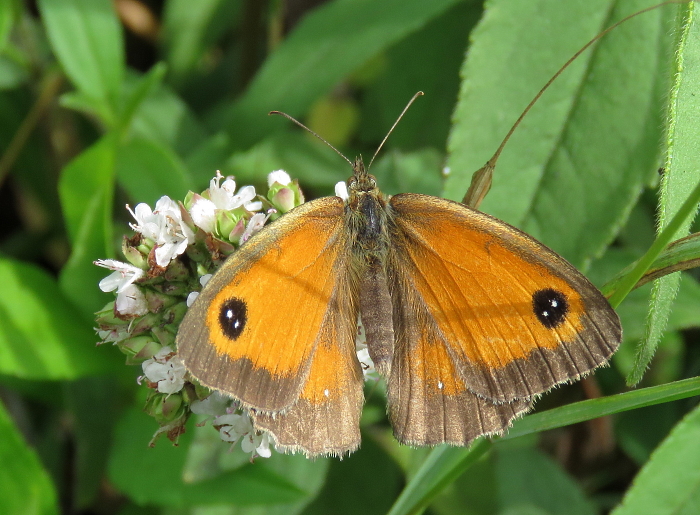 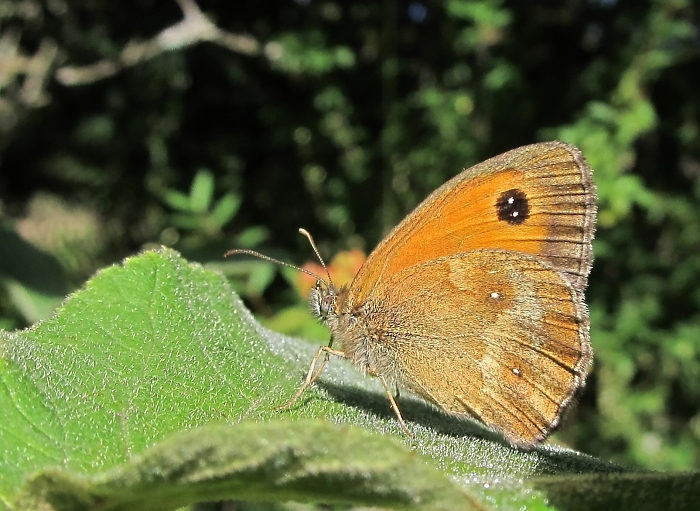 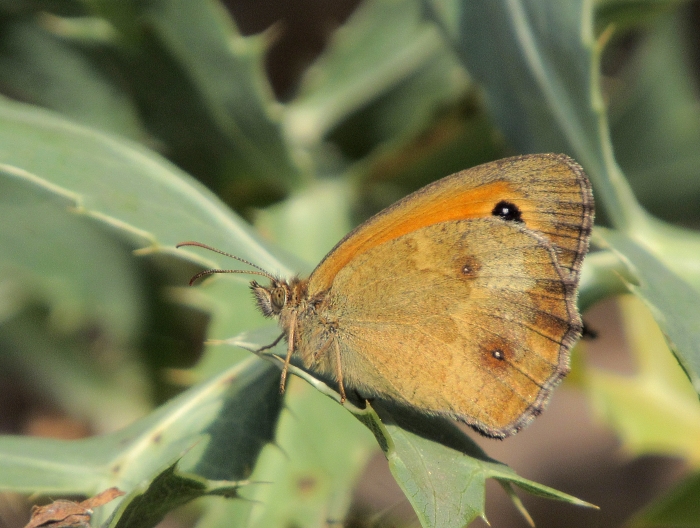 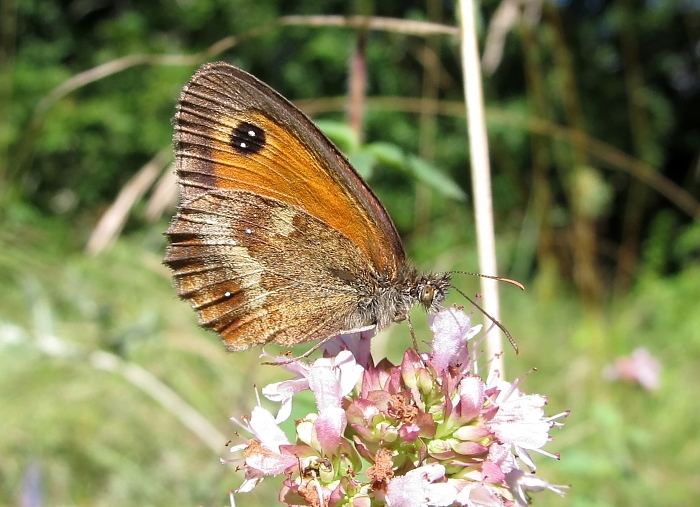 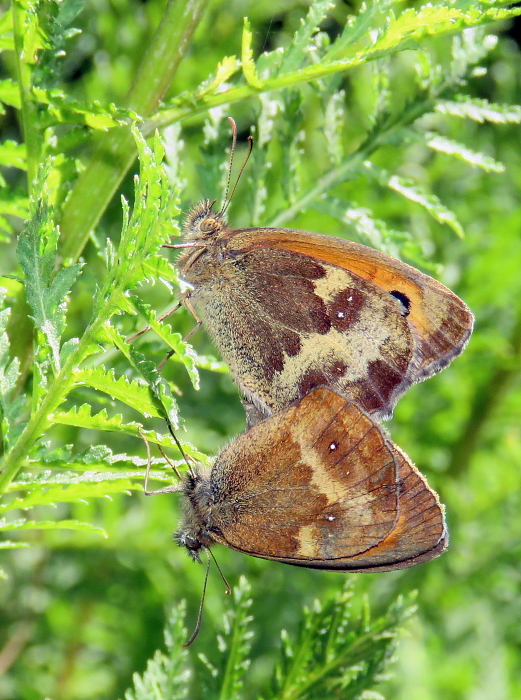 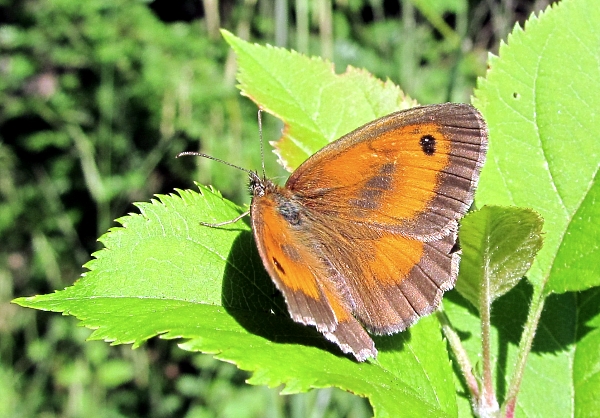 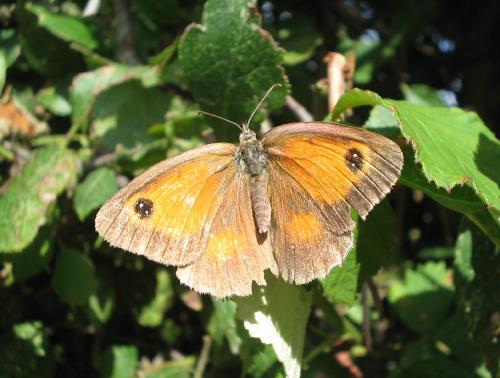 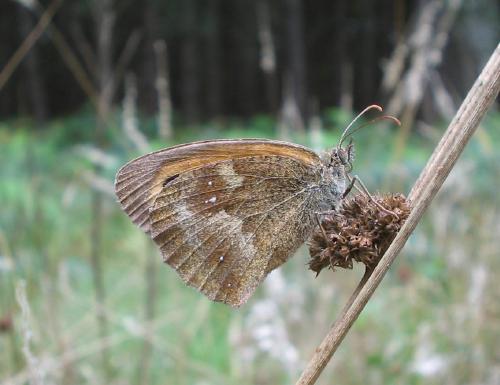 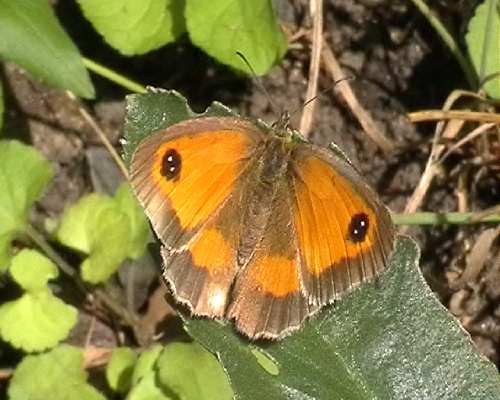 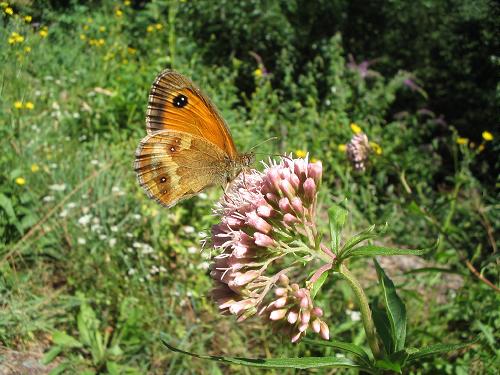 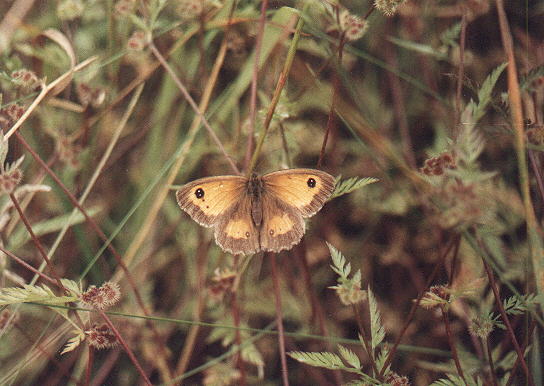 Female with some extra spots - analogue photo from decades ago 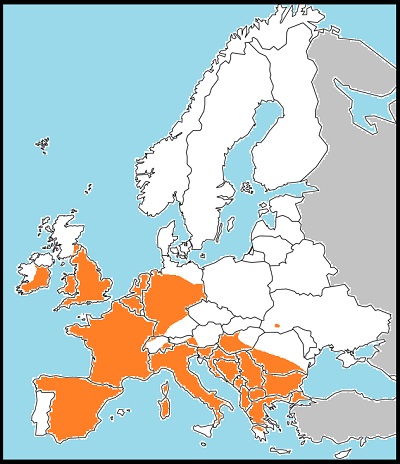 Within its range, this is often one of the commonest butterflies, flying in gardens, woodlands, wasteland and arable land. It is surprisingly absent from large swathes of Europe, though, including the Rhône Valley in Switzerland and much of the Swiss plateau. In the Geneva region, however, it is often abundant and I have no idea what the reason for this discrepancy is. There are many apparently suitable places where it simply doesn't fly. Its common name comes from its habit of frequenting sunny gaps in hedgerows, so it is often seen around gates, though in truth it may be seen anywhere sunny near trees or bushes.

Eggs are scattered by females in shady, grassy places and the caterpillars feed on various common species of grass. They hibernate while small, completing their development in the spring before flying in a single generation from July through to September.