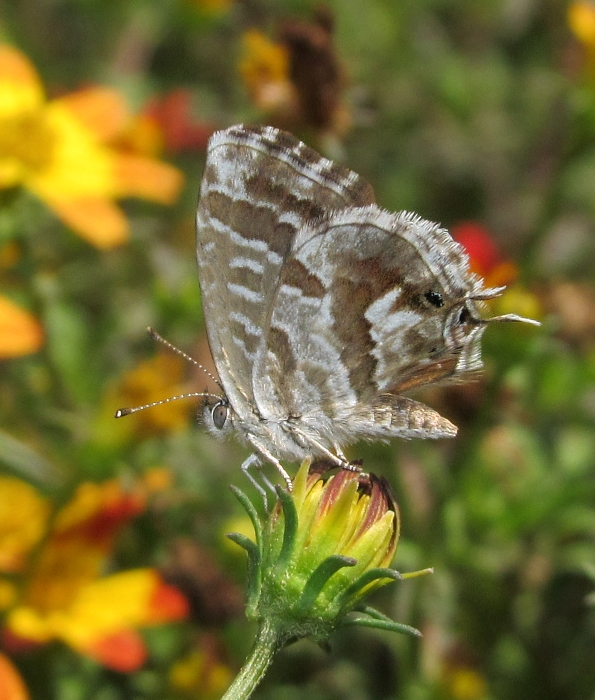 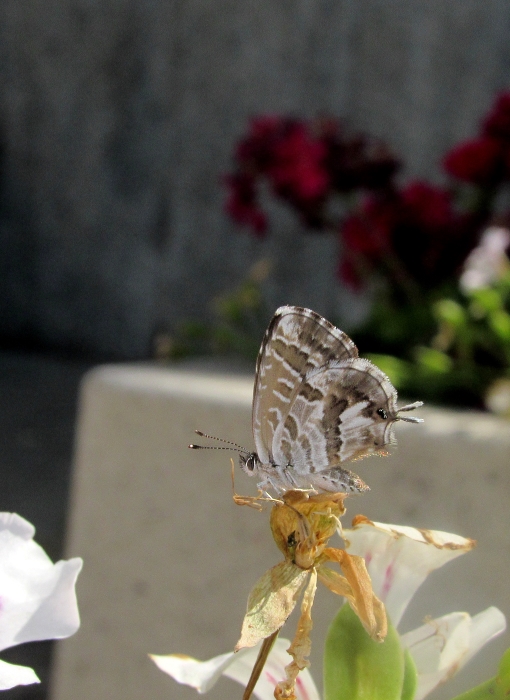 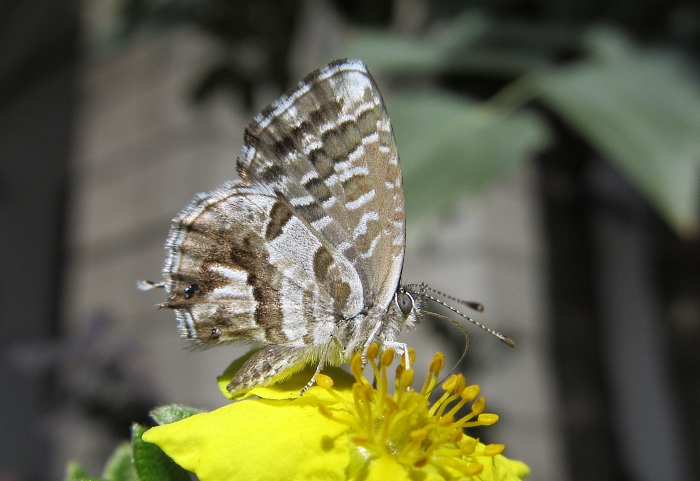 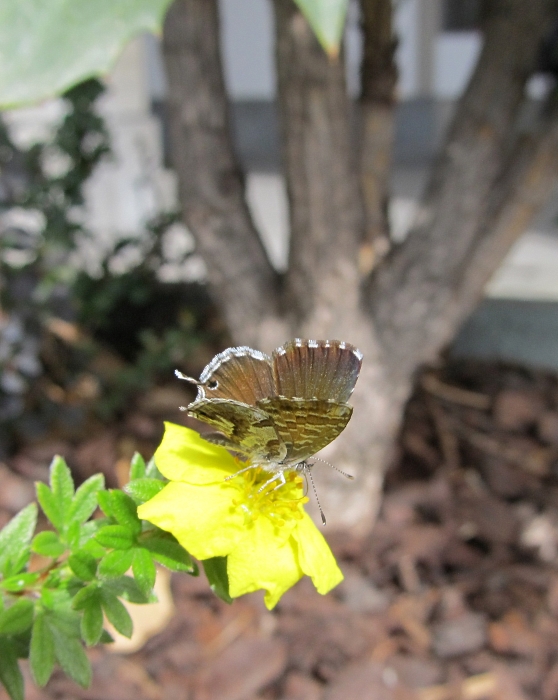 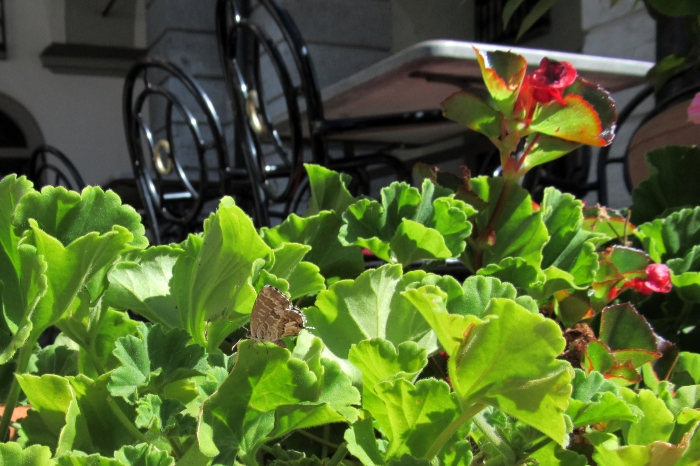 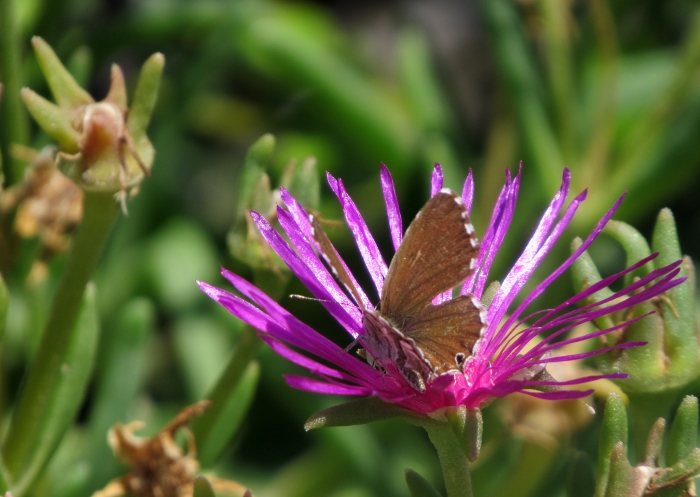 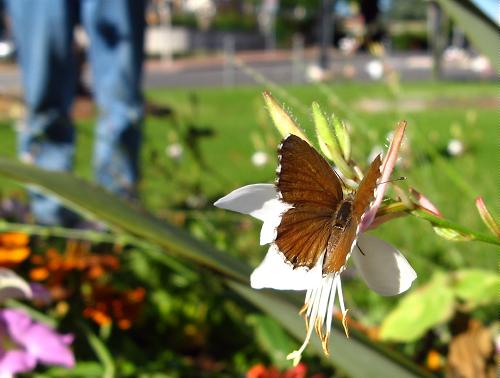 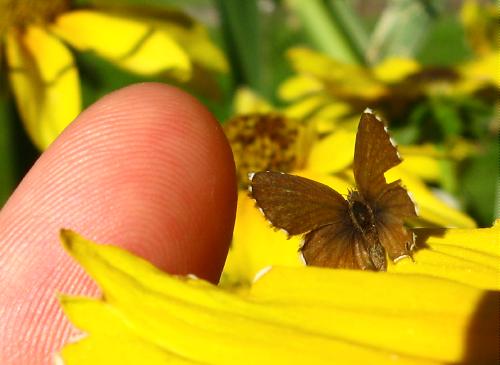 This picture (France, 2008) shows how small this butterfly can be. That is my little finger! 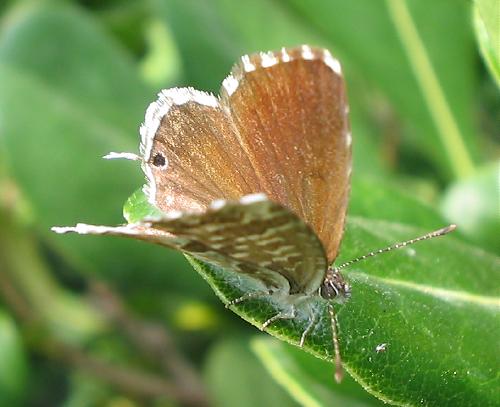 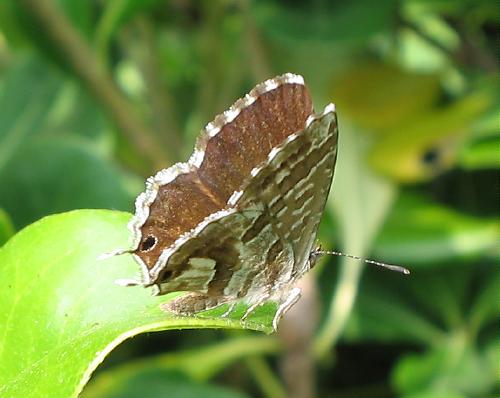 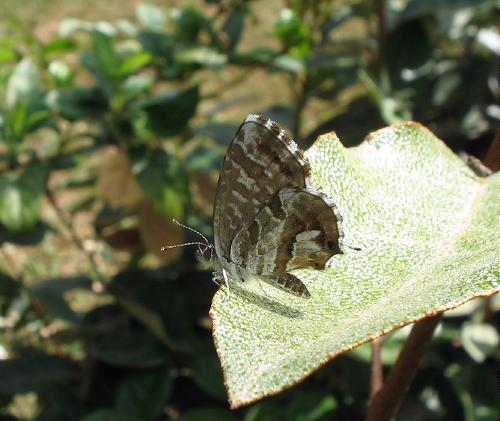 The next two pictures were taken in Gibraltar, in July 1999. They are of my first ever Geranium bronze. 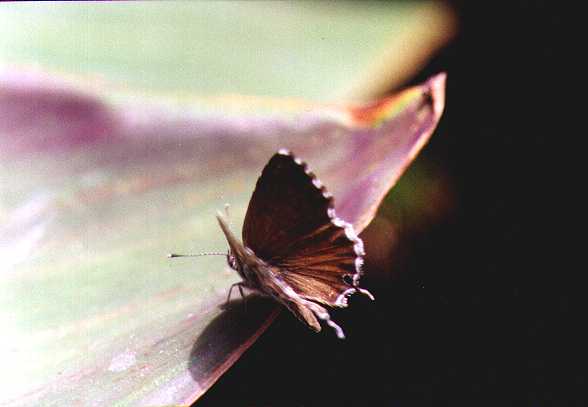 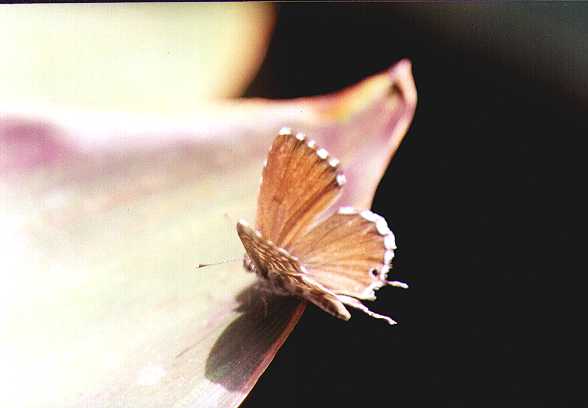 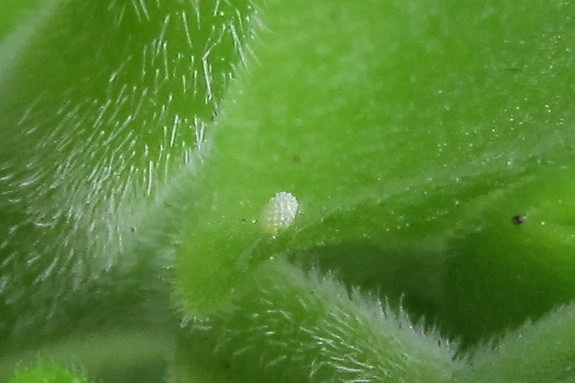 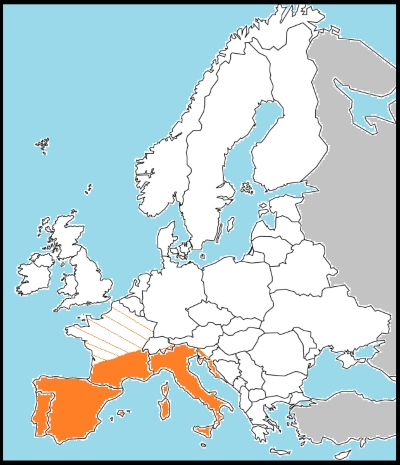 The geranium bronze is a South African butterfly by origin, first recorded as an accidental introduction in Europe in 1978. In 1990 it was found in Mallorca and during the 90s spread throughout the Mediterranean region. I saw my first in 1999, in Gibraltar. It disperses principally by means of commerical trade in its foodplant, Pelargonium sp. and may become established in greenhouses far outside its zone of possible wild colonisation. As it is continuously brooded, without diapause, this zone is essentially only the Mediterranean region. Further north it probably spends the winter in nurseries and enjoys summer in the wild when the plants are put out again in the spring. I find it every year in Aosta, in the Italian Alps, right in the middle of the town, and also see it regularly in Barcelona in the parks and along the streets. I know the species is well established in Lyon.

Given a good view, the geranium bronze cannot be mistaken for any other species. Both surfaces of the wings are quite unique. The main difficulty for would-be spotters is simply locating it. It is a tiny and surprisingly inconspicuous butterfly that will spend hours sitting around apparently doing nothing. Even when it flies it is not particularly visible. It generally rests with its wings folded above its back but opens them sometimes, usually partially.

In Spain, Portugal, Italy and the South of France it is always worth checking roadside Pelargoniums for eggs or caterpillars even if the butterfly itself is not apparent. The caterpillars are small, slug-shaped and rather hairy. Because there is no diapause stage, the butterfly can be seen in any month of the year that conditions permit and there are Pelargoniums outside.