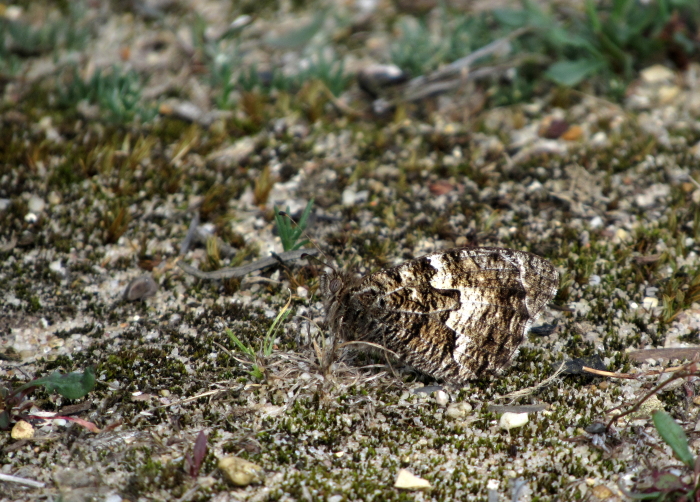 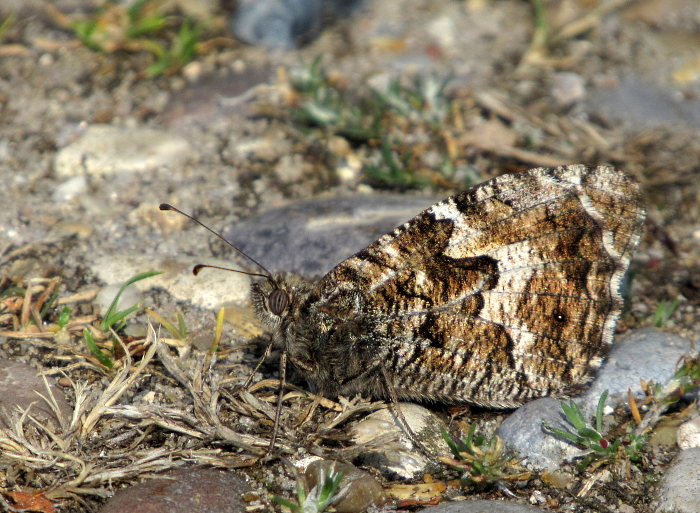 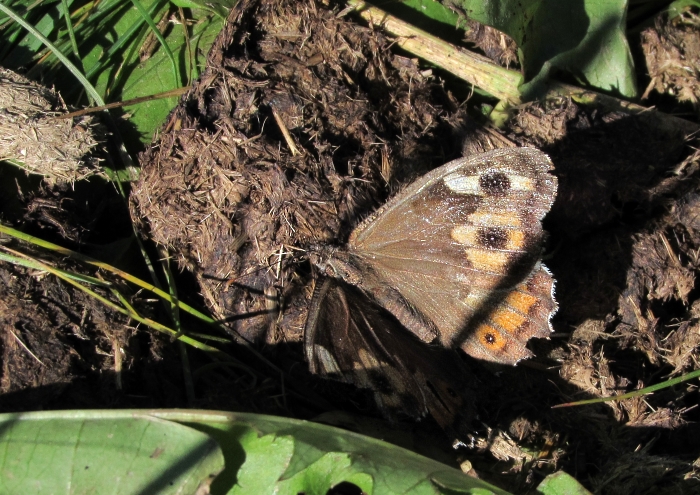 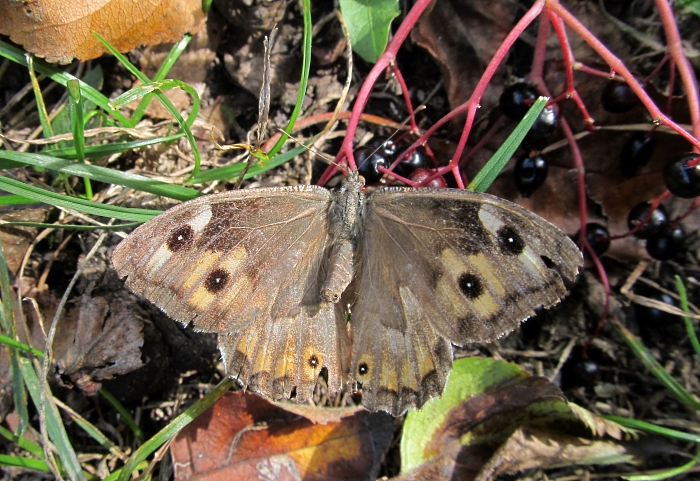 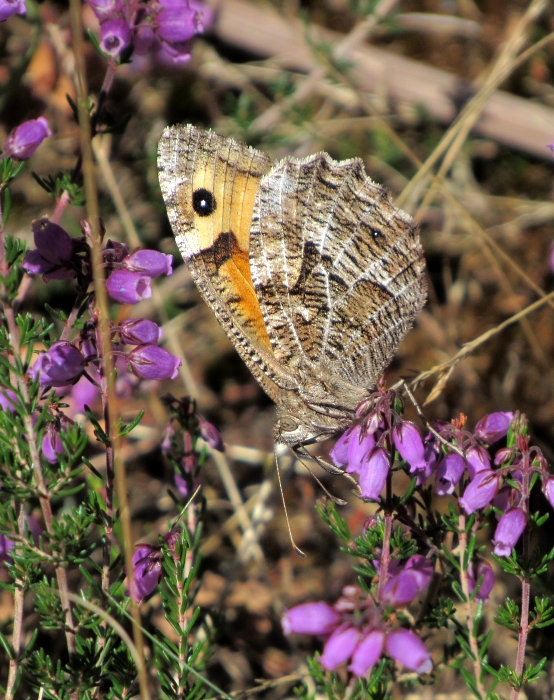 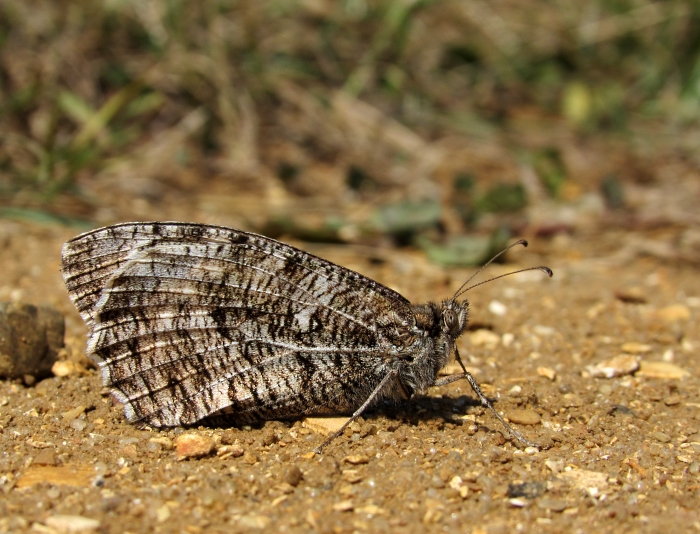 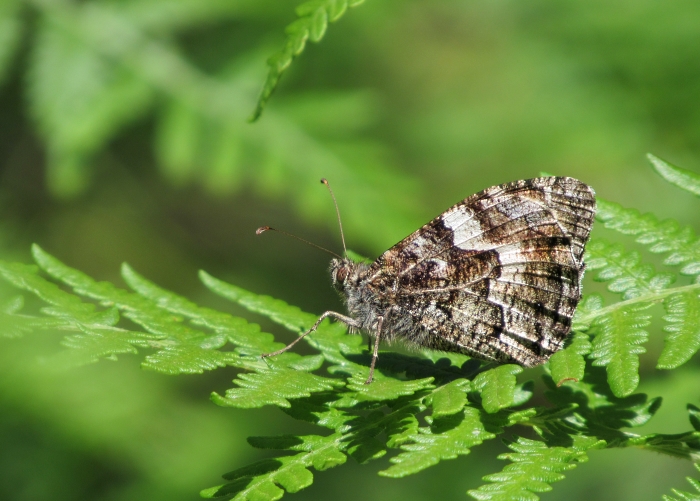 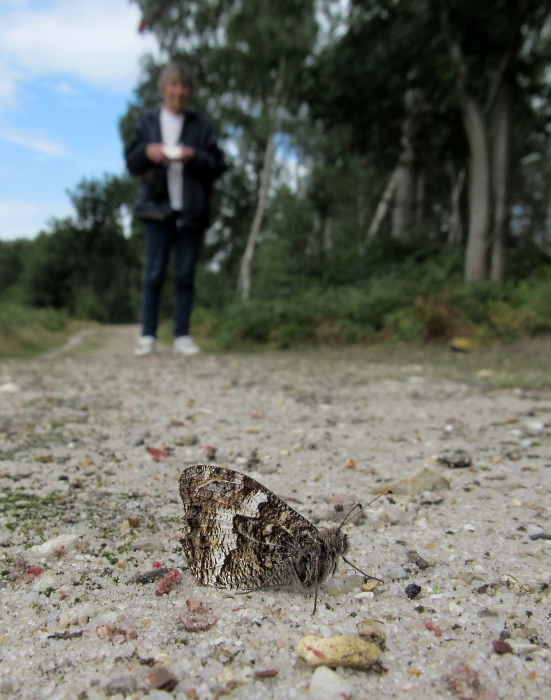 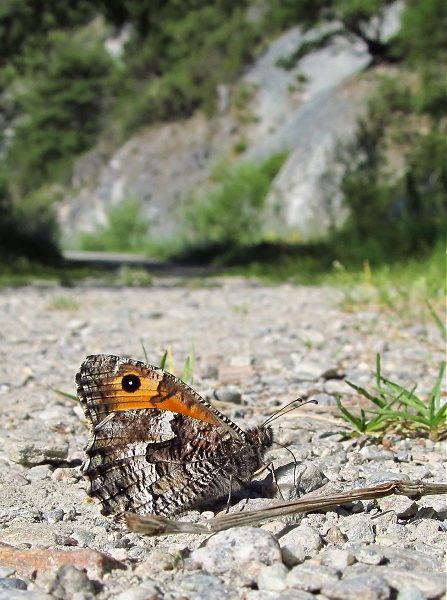 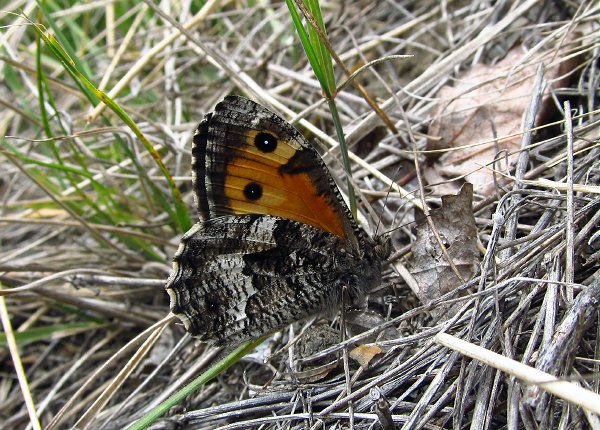 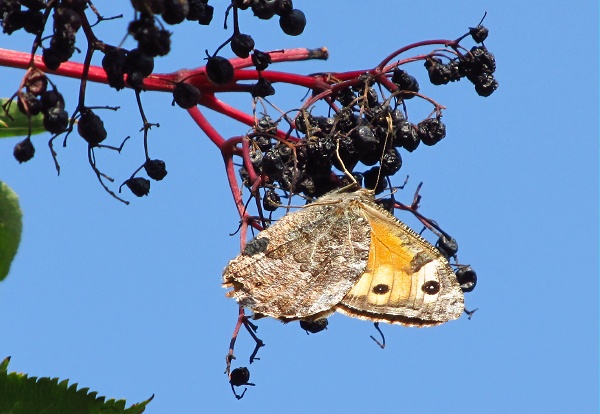 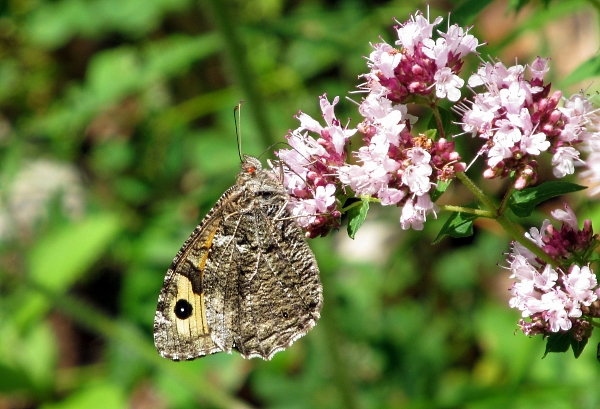 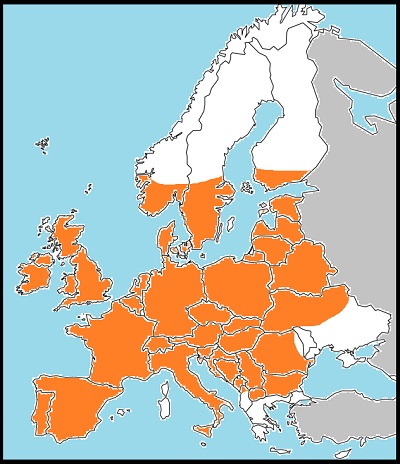 
This is a widespread and common butterfly, though in Britain it is largely restricted to coastal regions and is much rarer inland (so the above map is a little misleading). Throughout much of Europe it is the standard grayling, flying in a single brood from June through to November (in the Rhône Valley of Switzerland) in favourable years. Like all graylings it rarely shows its uppersides at rest, though older individuals may do and the wings are also held open during courtship/rejection displays. When an individual lands on the ground or a tree, it first holds its wings erect, with the orange of the forewing and the apical spot clearly visible. Then it adjusts its position so as to cast no shadow, often leaning over slightly, and drops the forewing to hide the eyespot before remaining motionless. Thus, it melts into the background and seemingly disappears. Graylings have an uncanny ability to rest on substrates that match their colouration, and though they occasionally get this wrong it is fair to say they are past masters of hiding in plain sight.

The markings are incredibly variable, depending to some extent on the camouflage requirements of the local environment (so more chalky white in chalk regions, more densely dark in heath regions) but also varying considerably within local populations. The central band of the hindwing, in particular, may be sharply defined in white or effectively absent. When discernible, the shape of this band, with a sharp, angular step reaching beyond the cell, is more or less constant and a good identification point. Rock and woodland graylings have much less of a protuberance here. These butterflies are also typically rather larger - especially the woodland grayling. If the upperside is seen, the male grayling has a distinct, dark sex brand on the forewing, beneath the cell and less extensive pale markings towards the apex. From the underside, the sexes are the same.

Graylings feed on a wide variety of grasses and hibernate as small caterpillars.