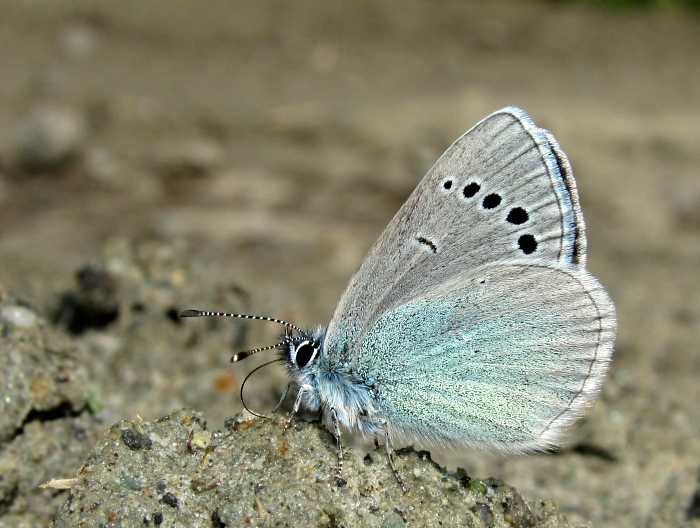 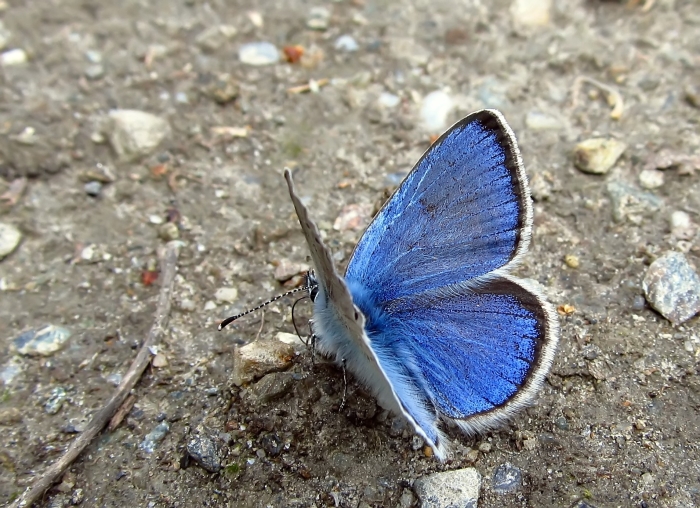 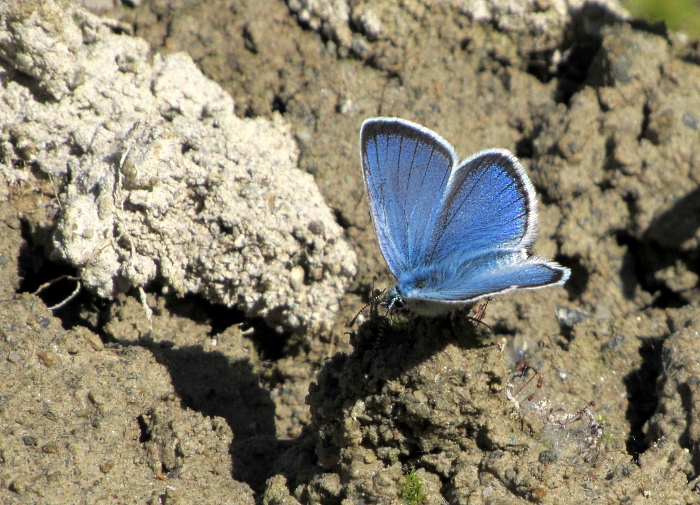 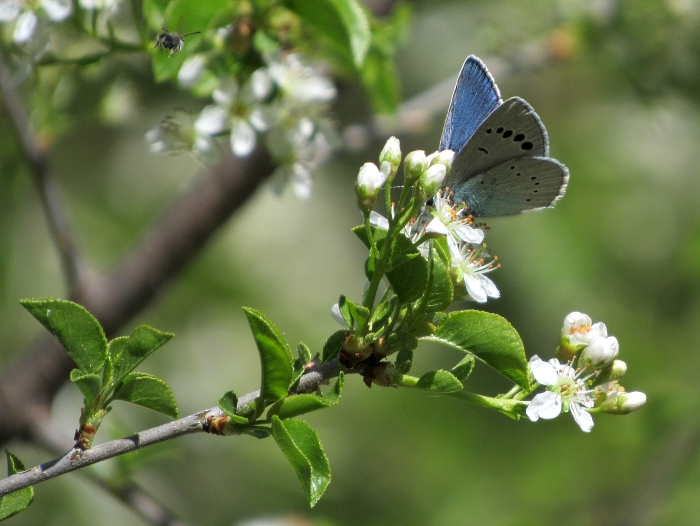 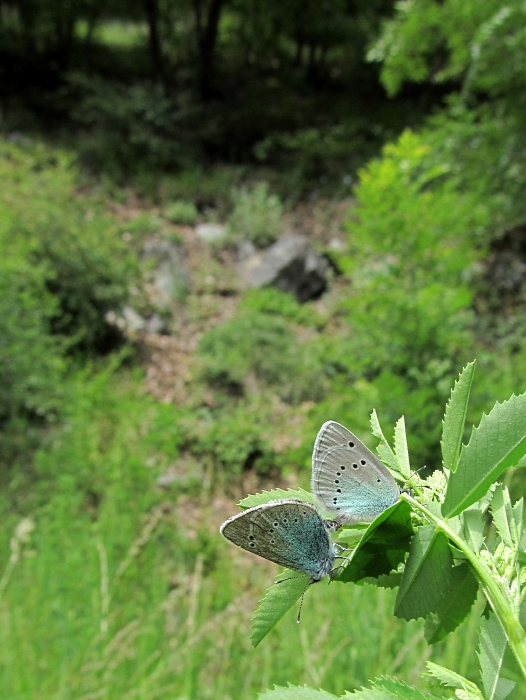 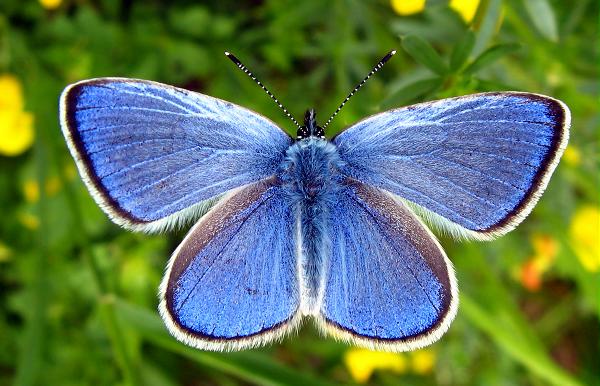 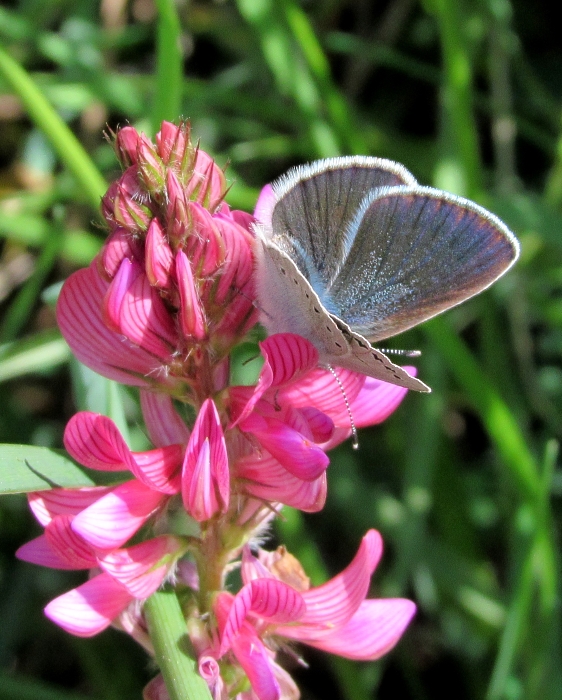 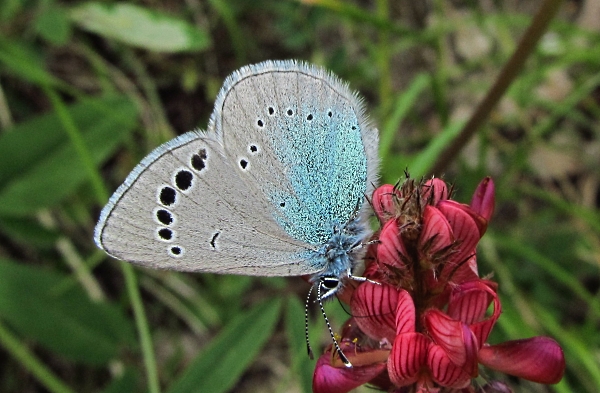 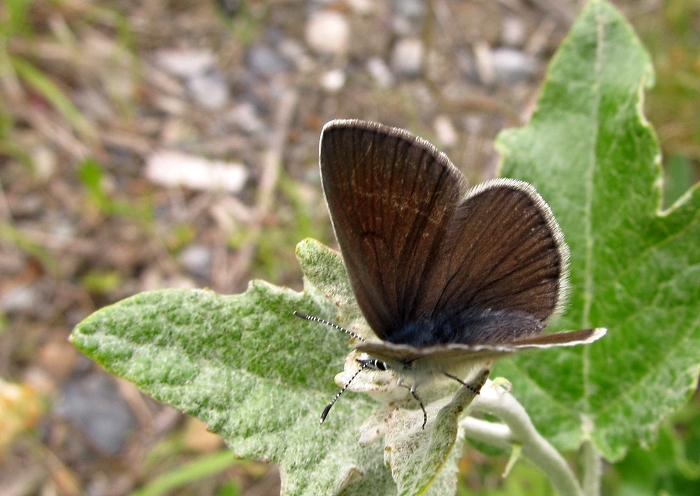 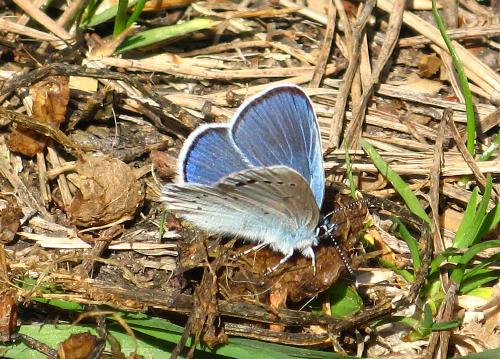 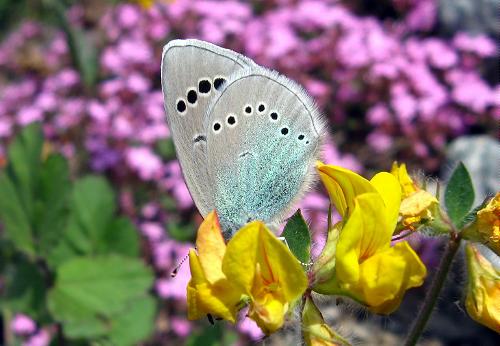 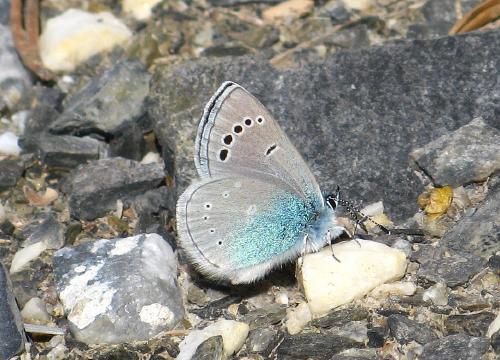 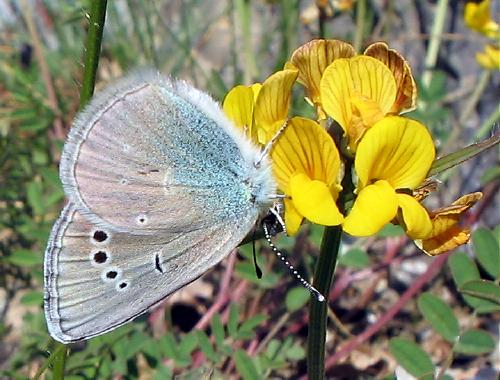 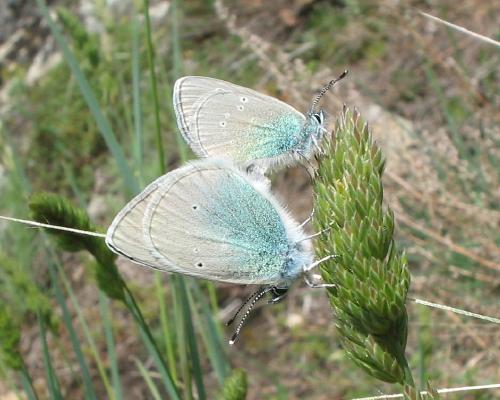 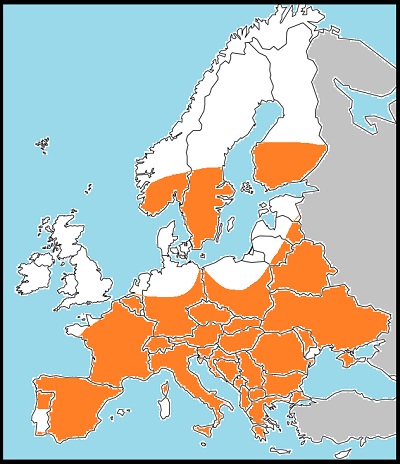 This is a widespread and locally common spring species in flowery places throughout much of Europe, though it is absent from the UK. In Switzerland it flies from April in the valley through to early July in the mountains - though it is not really a mountain butterfly and I rarely see it above about 1100m.

The underside of both sexes is distinctive, with the extensive green/blue flush at the base of the wings and naked submarginal regions without orange. The spots on the forewing underside are large - often contiguous but never confluent - and tend towards the outer margin as they go down from the apex. This is a useful point of distinction from black-eyed blue, in which the arc of spots turns back inwards. That species also has obscure submarginal markings, so confusion is unlikely except with very worn individuals. The upperside of the male is gleaming blue with variably broad, tapered margins. Females are brown above, with variable amounts of blue scaling at the bases of the wings.

Green-underside blue caterpillars feed on various Fabiaceae, feeding up through the summer and pupating the same year - so hibernating as a pupa. This enables them to emerge and fly as soon as conditions are favourable the following spring.