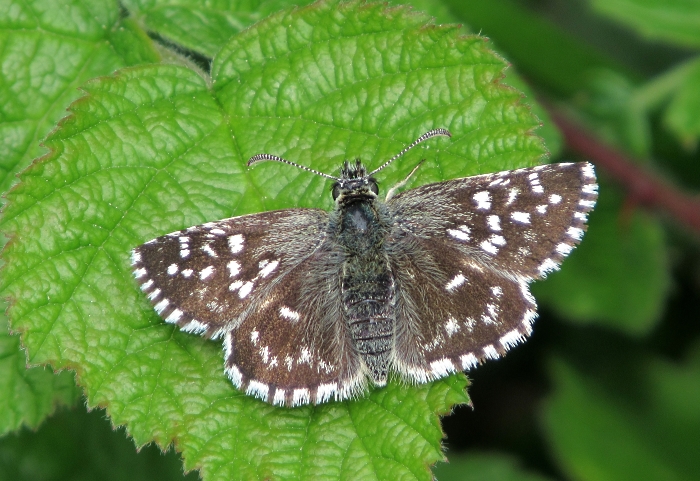 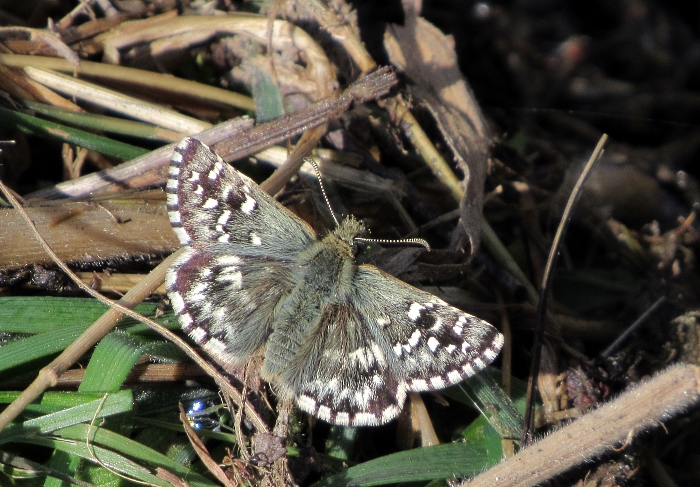 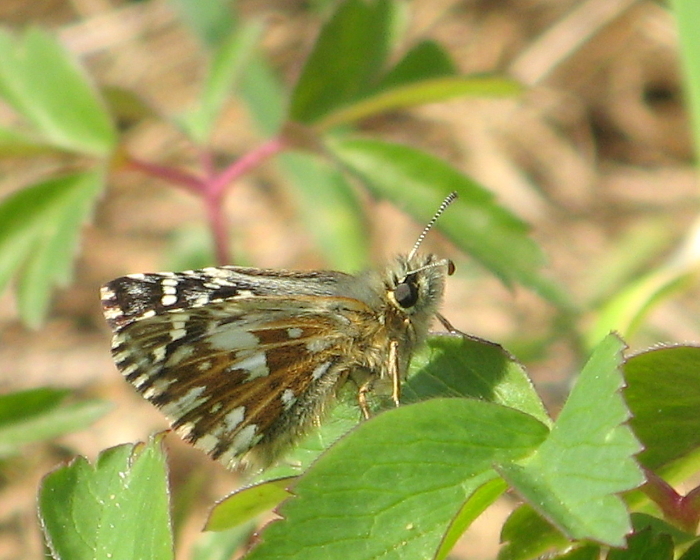 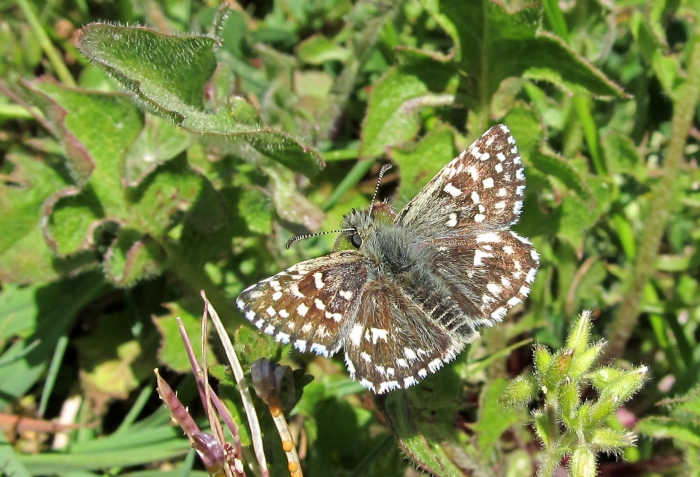 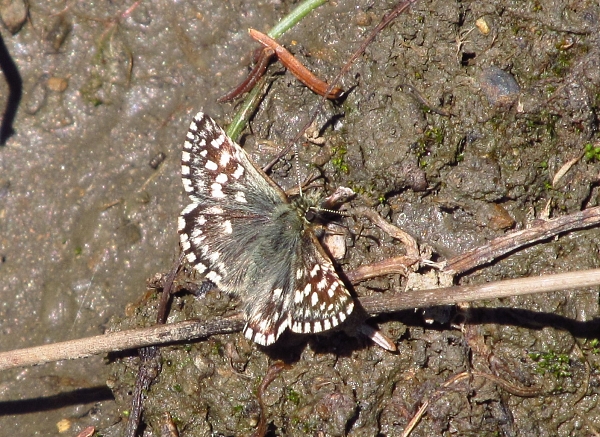 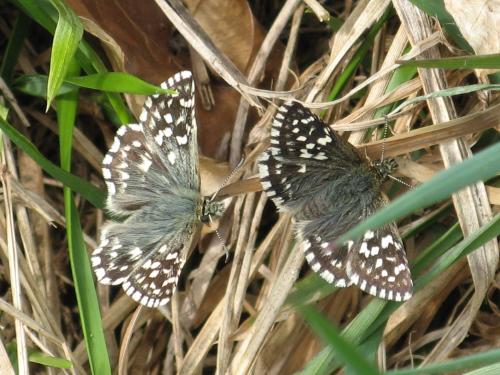 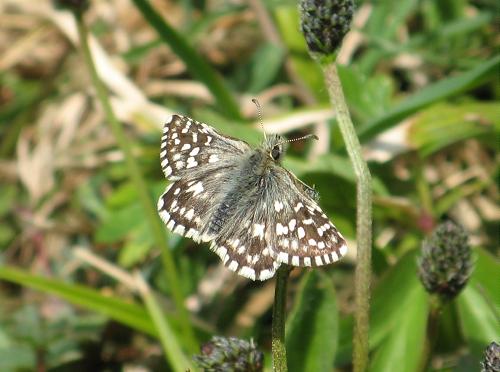 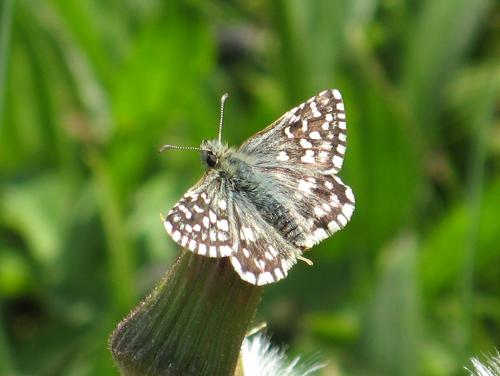 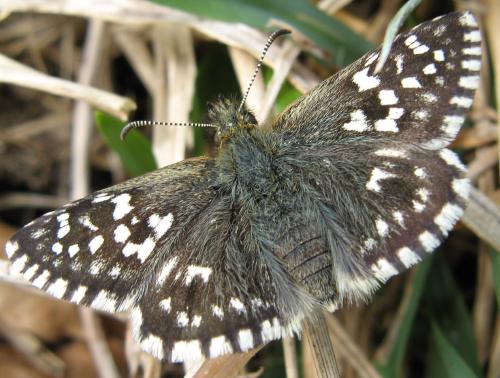 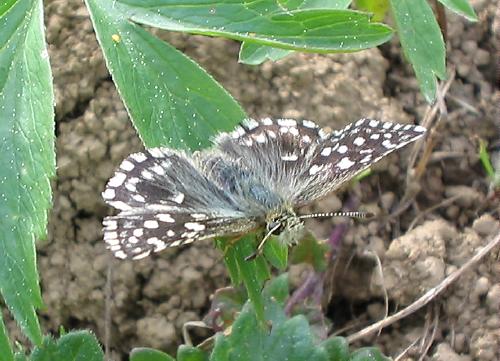 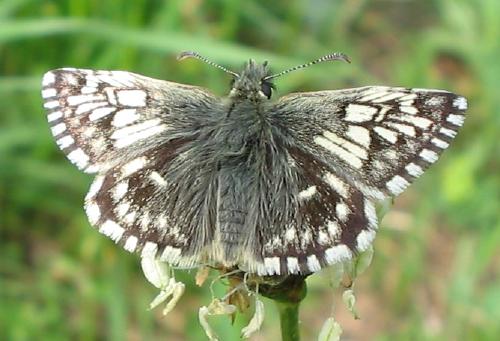 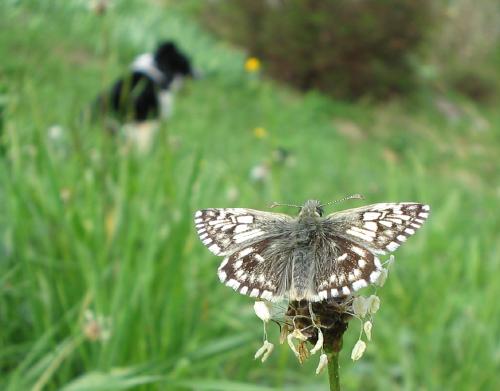 The same individual with my dog, Asha, in the background 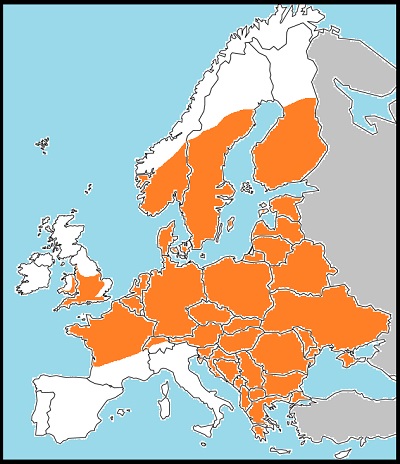 Pyrgus is a notoriously difficult genus, especially for beginners. The butterflies are small and difficult to follow, often only the upperside or the underside can be seen (depending on the time of day), and above all, there is enormous variation within species. Nevertheless, it is usually possible to be sure you have malvae/malvoides (though not which one!). They are smaller than most similar species and the upperside markings are cluttered, well defined on forewing and hindwing, and pure white (rather than cream). The central marking on the hindwing is usually shaped like a molar tooth but may be reduced to a line and there is usually a bright, complete submarginal series outside it. S.1 of the forewing has two double spots in the basal and discal regions. The underside is also distinctive. The ground colour of the hindwing varies but is often rather a brick red, and the central white mark is molar-shaped, with the flat face inwards (basal) and the roots pointing outwards. The postdiscal series of white spots is usually broken, with those in ss.1 and 2 small (or in s.2, absent).

Many different Potentilla species are used as foodplants, as well as wild strawberries, blackberries and agrimony - despite the Latin name, I am not aware of the species using mallow.The butterflies can be found in a variety of habitats, from woodland rides to rough, rocky hillsides, flying from April to August in one or two broods depending on altitude and latitude. Where there is a single brood it is usually over by July. The species hibernates as a pupa.