All pictures, I believe, are of Melitaea nevadensis - see notes below 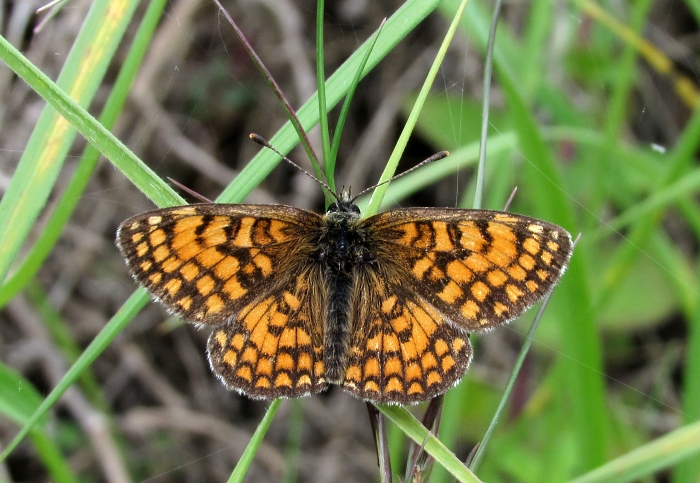 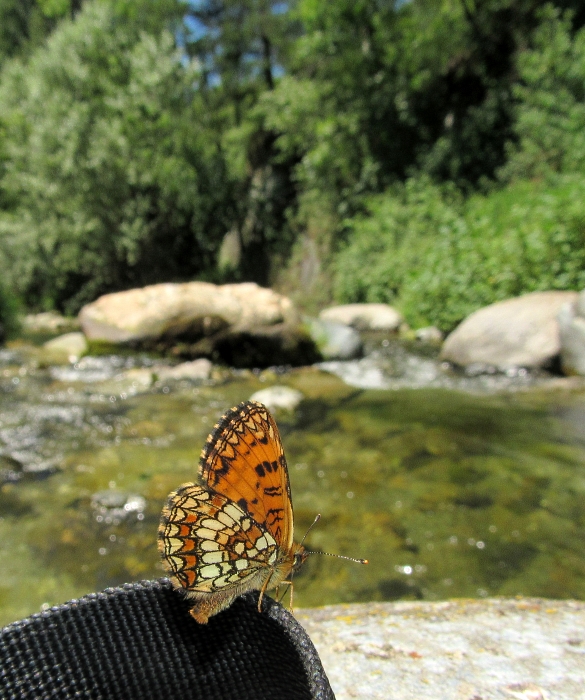 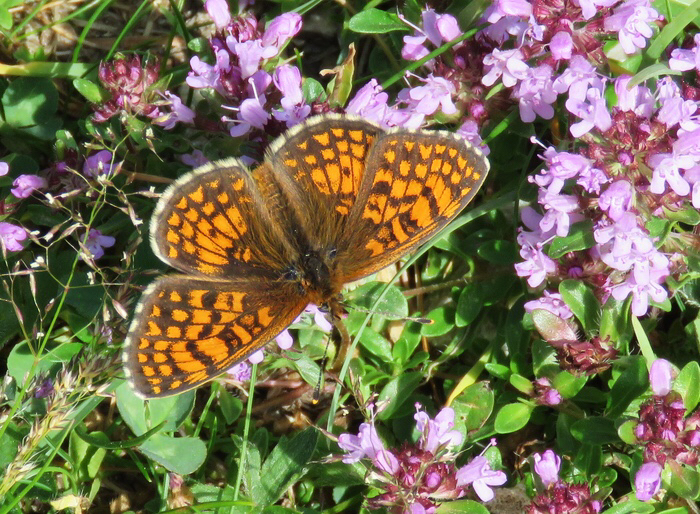 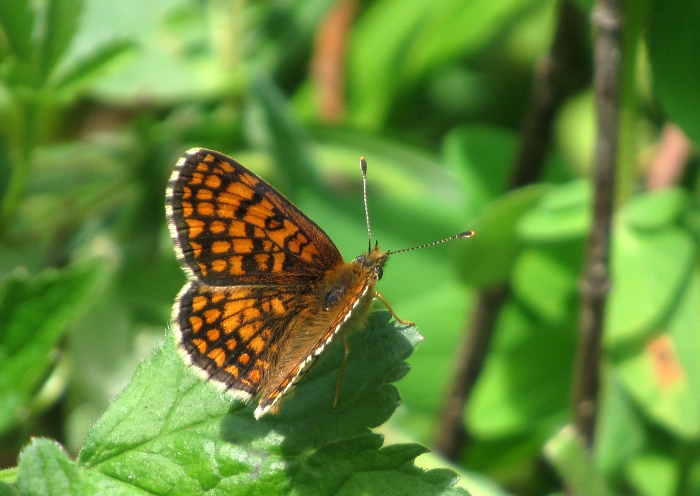 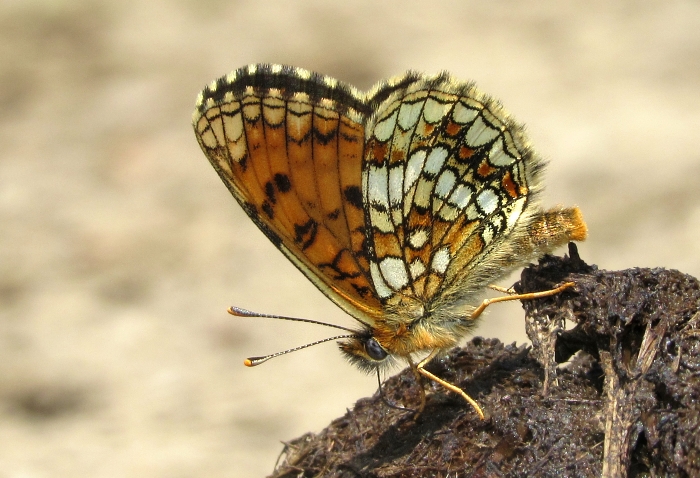 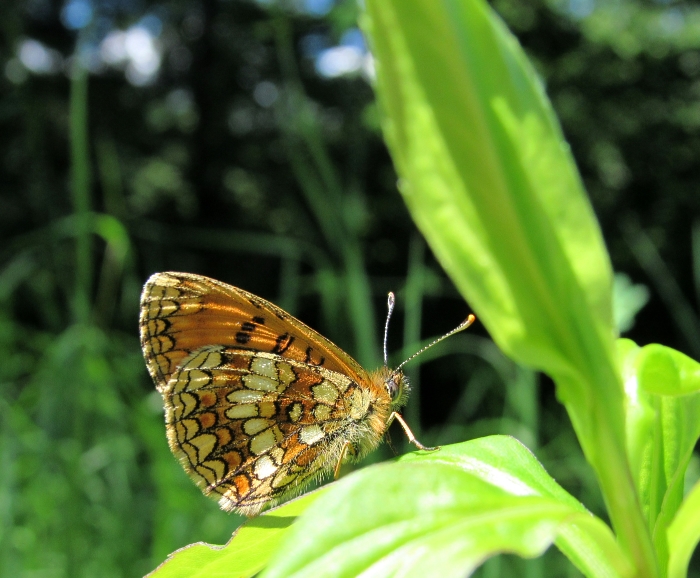 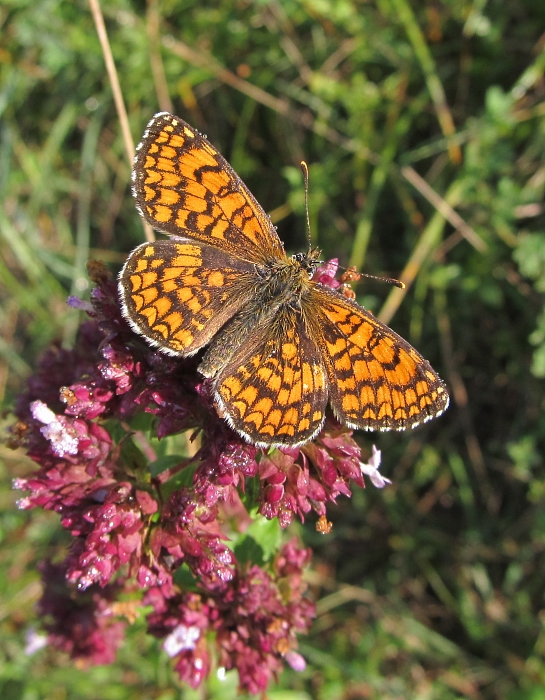 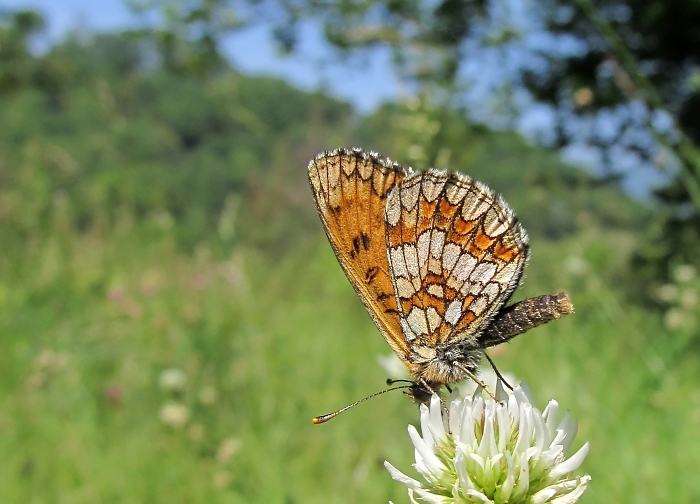 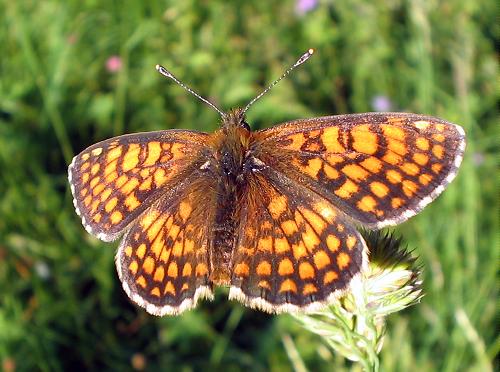 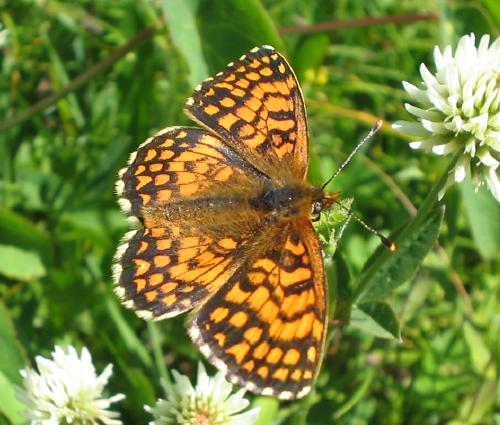 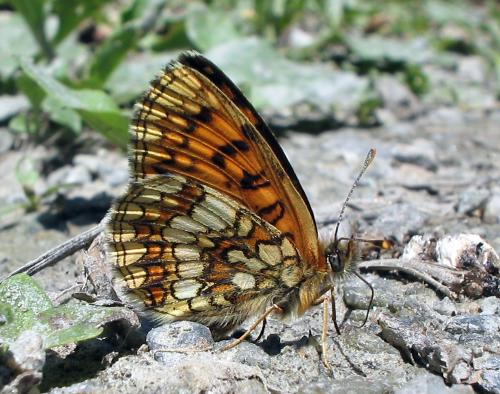 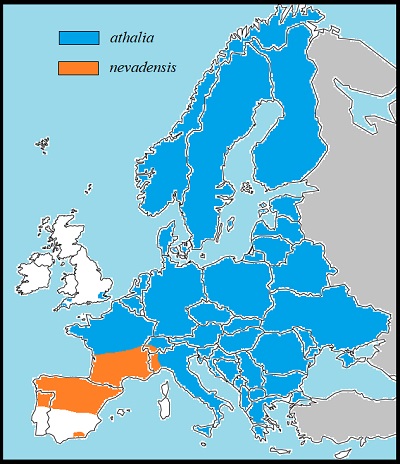 Most authors agree there are two species - Melitaea nevadensis and Melitaea athalia - under the umbrella of what used to be known as Melitaea athalia, the heath fritillary. Nevadensis corresponds for the most part to the former subspecies celadussa (though there was always doubt about the correct application of that name). There seems to be a broad area of intermediate specimens or hybrids where the two distributions overlap - including the regions all the above pictures were taken in - and I'm not sure there is a definitive way of telling the two species apart anyway, so it makes sense for me to treat them together here.

Heath fritillaries are common in most of Europe from sea level to above the tree line, though extremely rare in the UK, where they are restricted to a few sites in the south of England. They may be seen flying with a determined, often gliding flight over flowery meadows, along forest rides and on high alpine hillsides, often stopping to nectar.

There is much altitudinal and geographical variation, from large, open and bright butterflies in the south of the range and at low altitude, to much darker, often smaller butterflies in the north (ssp. norvegica in Scandinavia) and at altitude. In all forms, the butterfly is characterised by the rather irregular pattern of the grid-like markings on the upperside and heavy submarginal branding on the underside forewing in ss.2-3 (when visible, this separates heath fritillaries from Provençal or meadow fritillaries). The discal markings in s.1 of the upperside forewing are very variable but never neatly oblique, as in meadow fritillary, not formed into a well-defined dumbell as is common in Provençal fritillary. The most similar species are the Provençal, Nickerl's and Assmann's fritillaries - all of which are generally rarer and more local. Normally, the butterfly-watcher will be seeking to confirm one of these, rather than the default heath fritillary, and so will be looking for their distinctive characters.

The caterpillars feed on a variety of plants, including plantains, speedwells, cow-wheats, toadflaxes and others. They live gregariously in webs before hibernation, then disperse afterwards. There is usually just one, protracted generation, from May through to August, though partial second broods occur in some years, in good conditions.