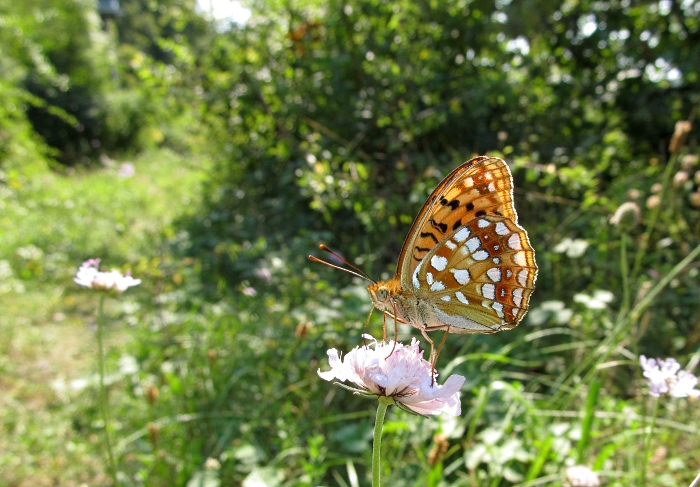 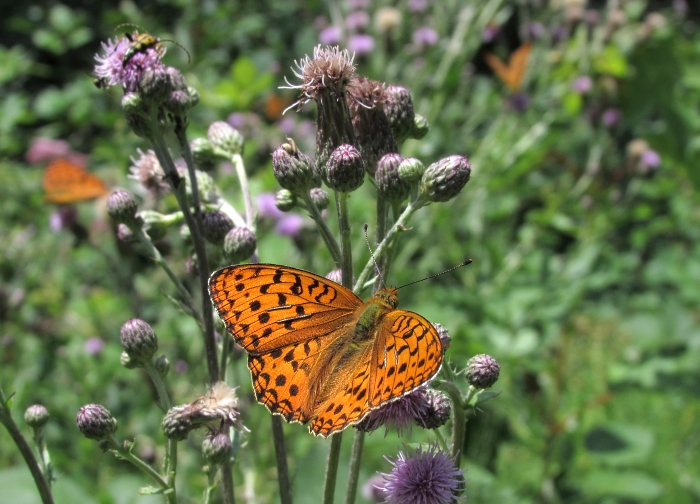 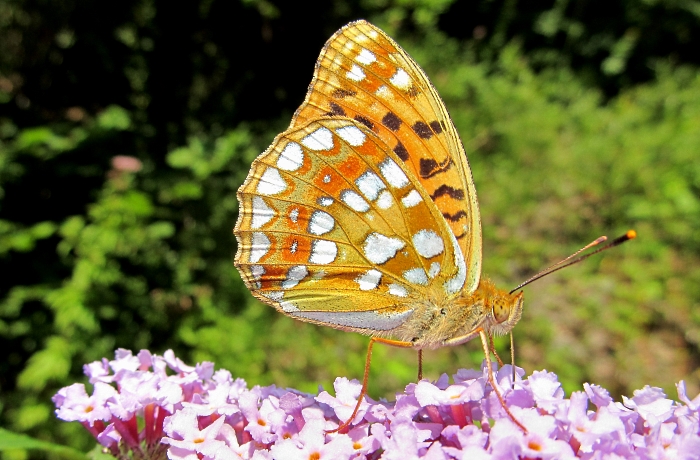 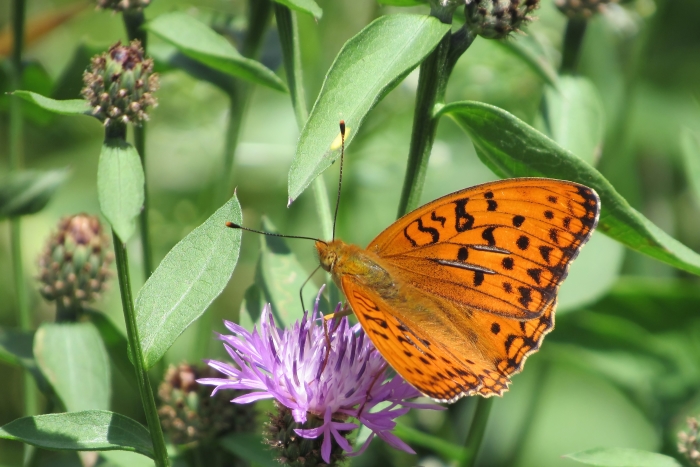 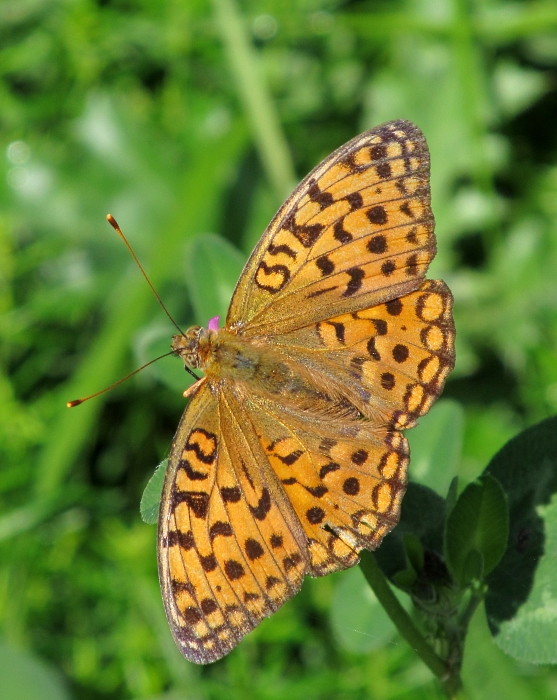 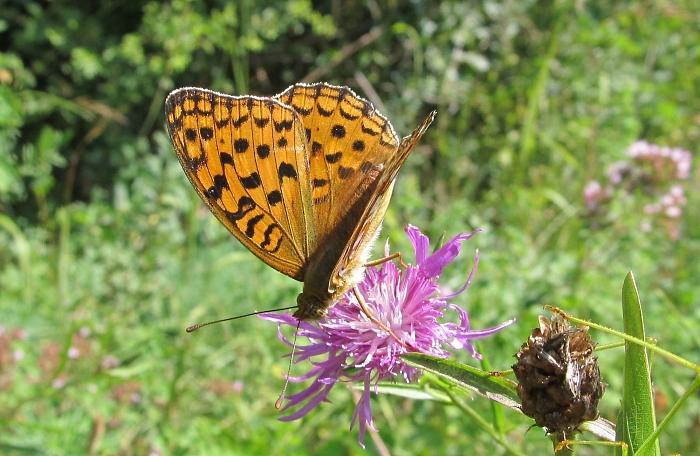 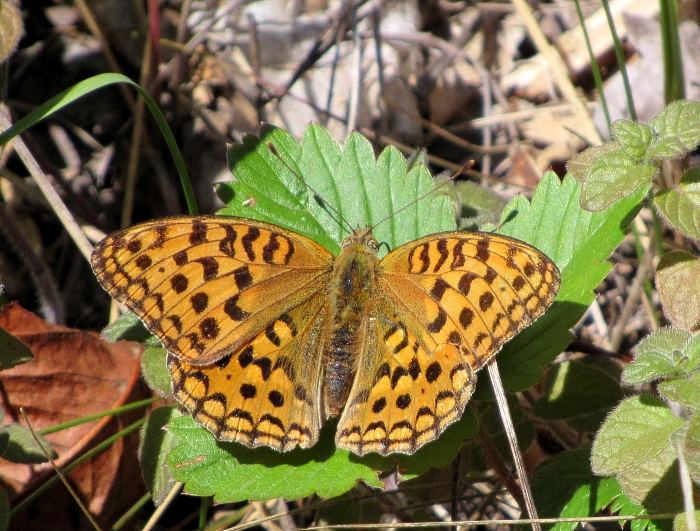 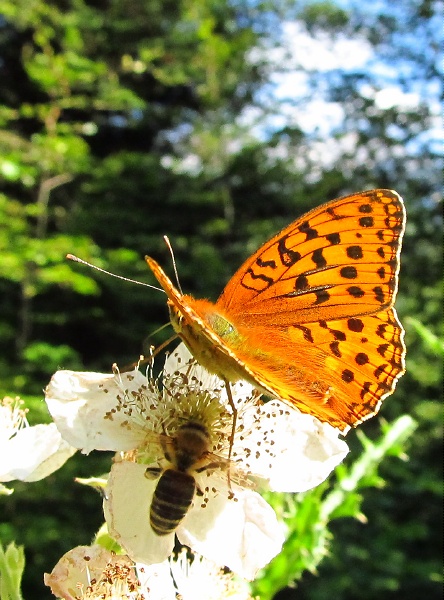 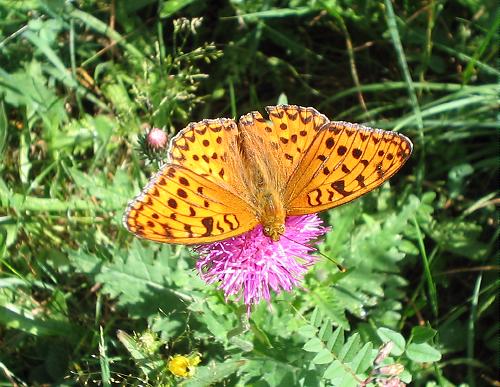 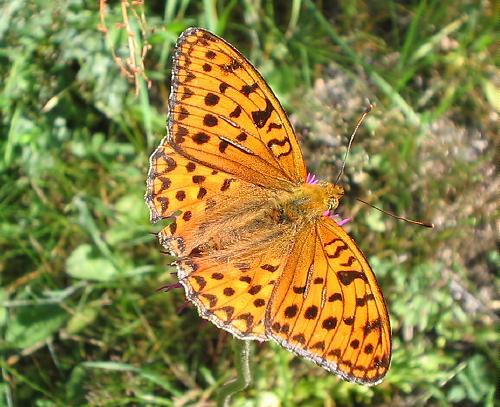 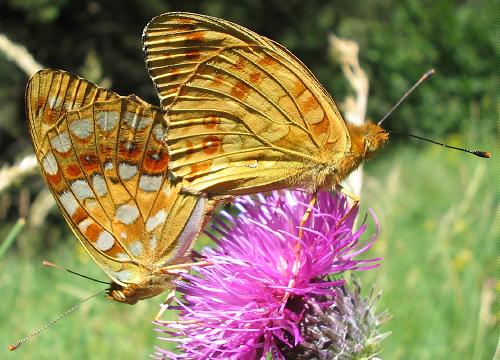 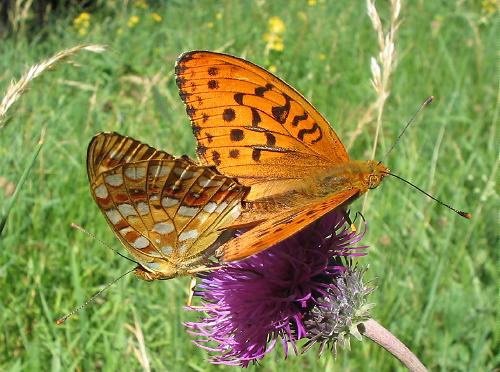 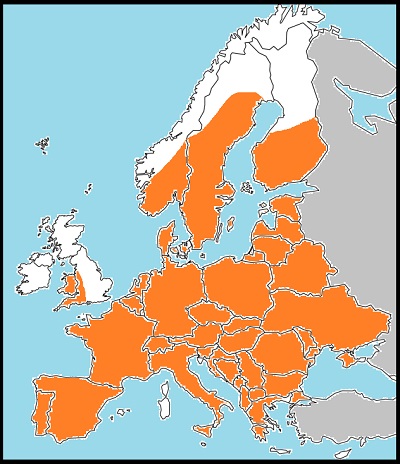 Distribution. Populations are very scattered in parts of this area, for example, southern Iberia and the United Kingdom

In much of Europe this fritillary is a familiar accompaniment to any woodland or meadow walk. Certainly, in Switzerland, it is a common species from June until September or even October. In parts of its range, however, including the British Isles, it is a scarce and localised species, requiring protection and specialised conservation measures. Like other large fritillaries, it uses various violet species, including dog violets, as foodplants. Females lay on leaves and stems of various low-growing plants in the vicinity of violets and the caterpillars spend the winter inside the egg. They then begin feeding in the spring and emerge as adult butterflies in late May or June, flying in a single brood through the summer.

This is a large and visible butterfly with a powerful flight. It is very fond of nectaring and may sometimes be seen in good numbers on buddleia, hemp agrimony, knapweed and other abundant nectar sources, where it can be quite amenable. Males have two distinctive and conspicuous sex brands on the upperside of the forewing. In both sexes, there is a row of silver-pupilled red spots on the underside of the hindwing between the submarginal and post-discal spots. This sequence is also present in the Niobe fritillary but not in the dark green, serving as an easy way to identify the high brown fritillary if the underside is seen. Other useful points of distinction are the usually slightly concave outer margin of the forewing (typically slightly convex in dark green and Niobe) and the inward displacement of the postdiscal series of spots on the upperside of the forewing at s.4. In the dark green fritillary the spot in s.4 is directly below the two above it.


In Corsica and Sardinia, the high brown fritillary is replaced by the Corsican fritillary, Argynnis elisa. This is a more delicate butterfly, with a more open upperside and smaller silver spots on the underside.