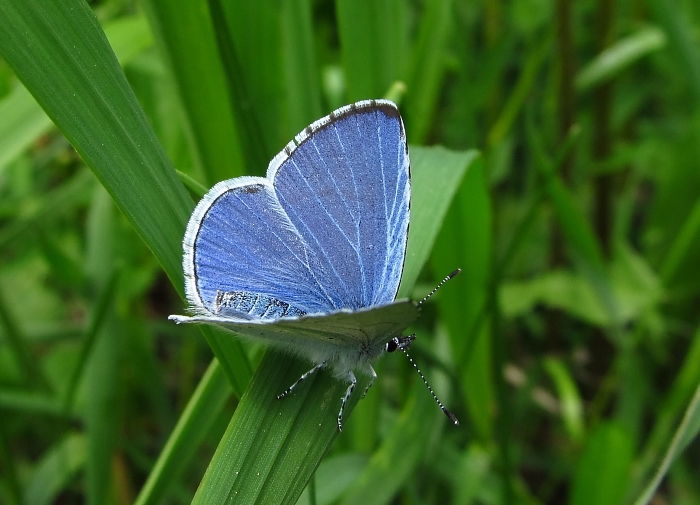 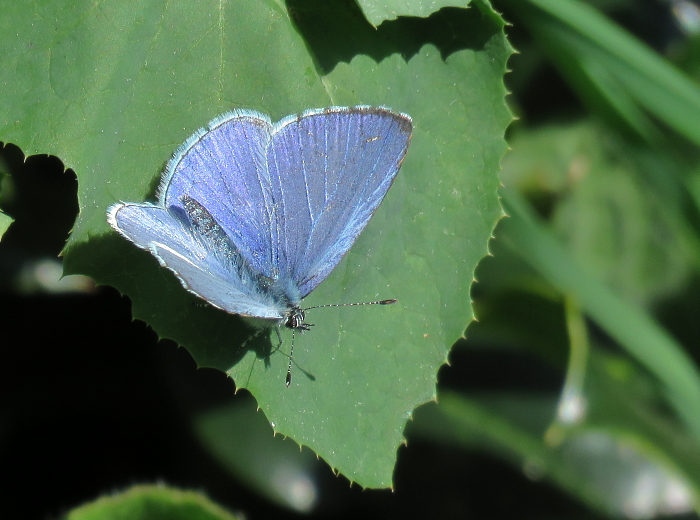 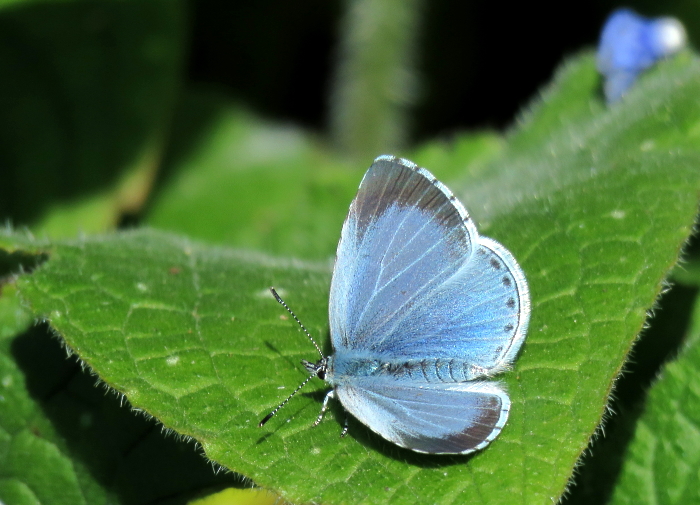 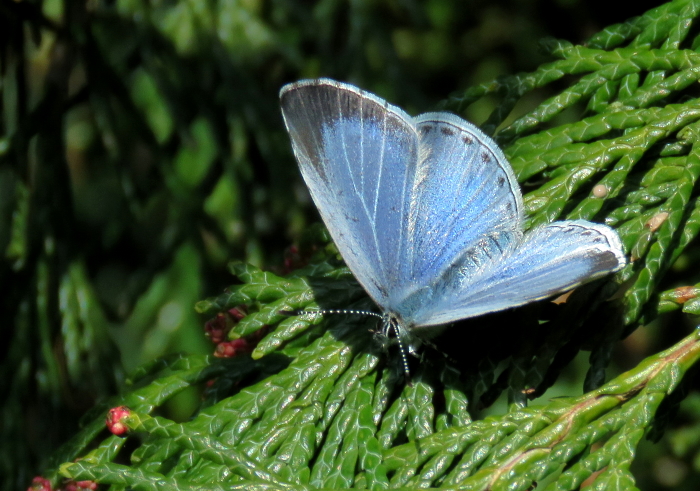 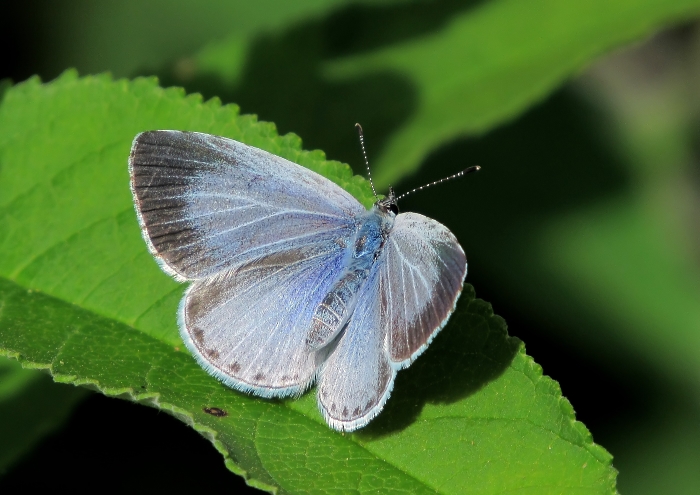 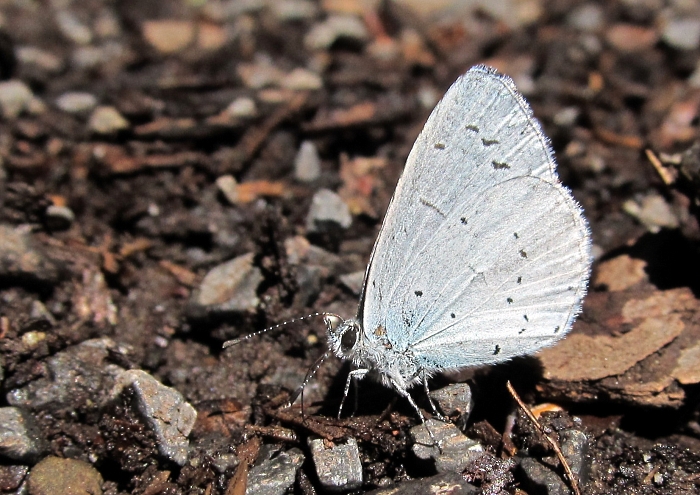 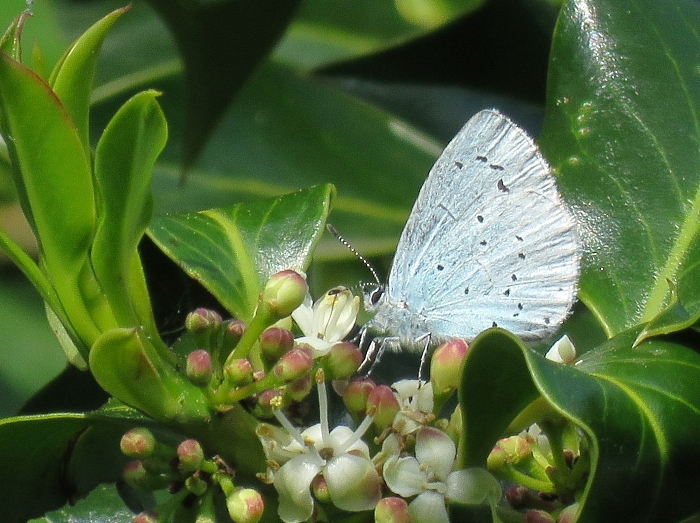 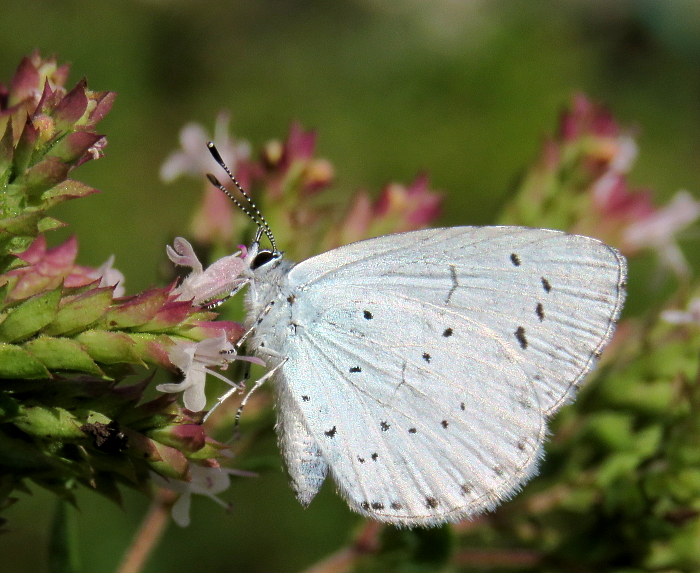 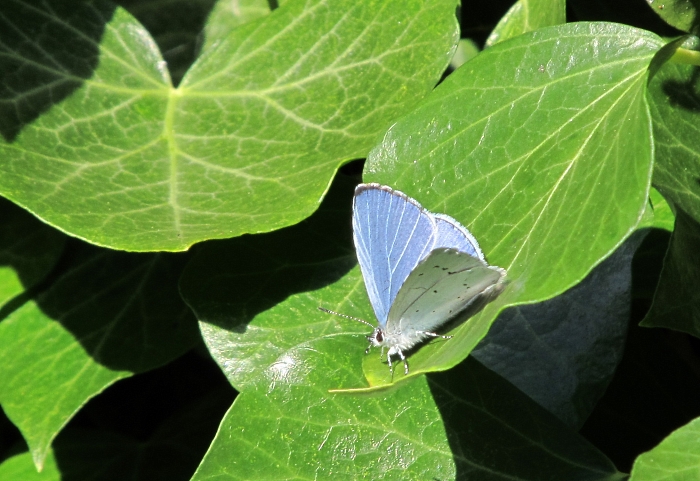 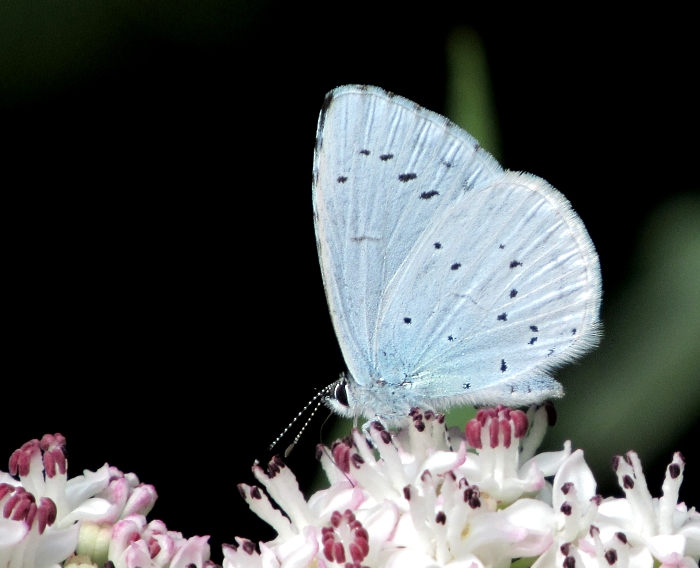 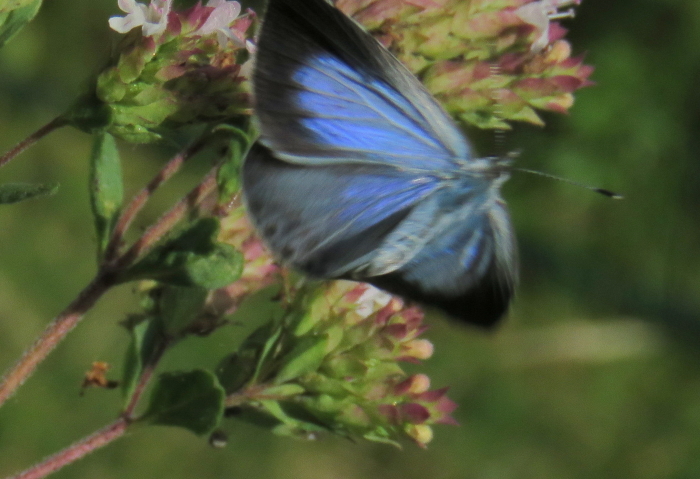 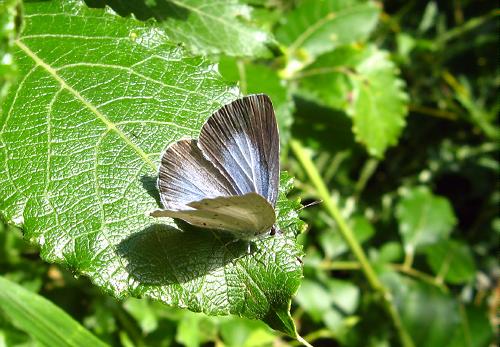 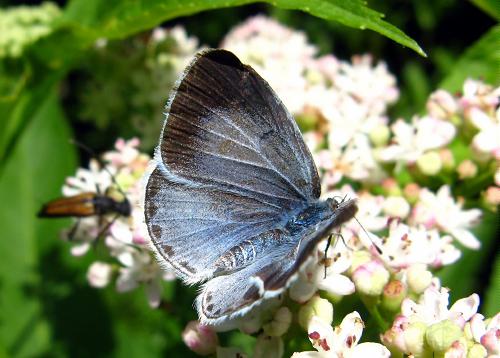 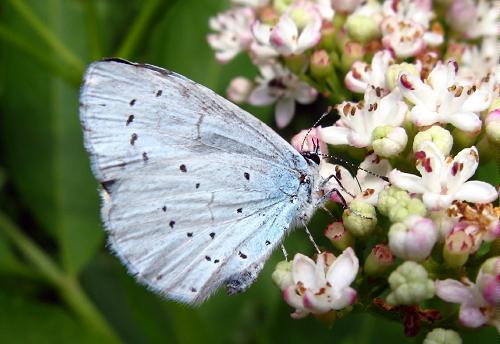 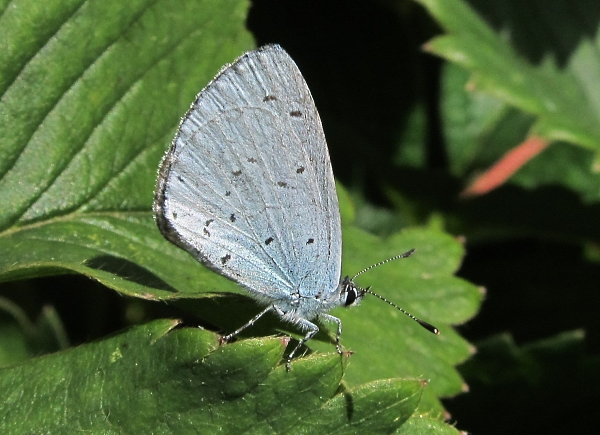 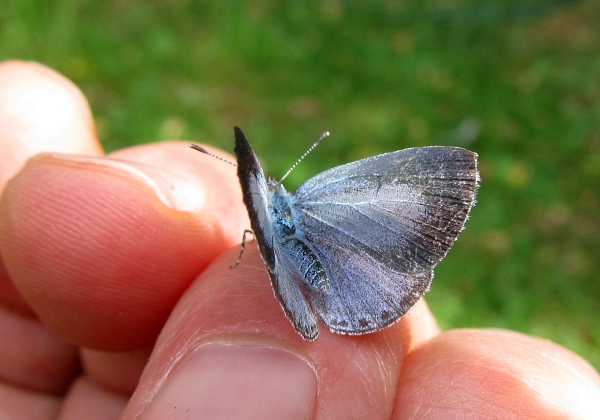 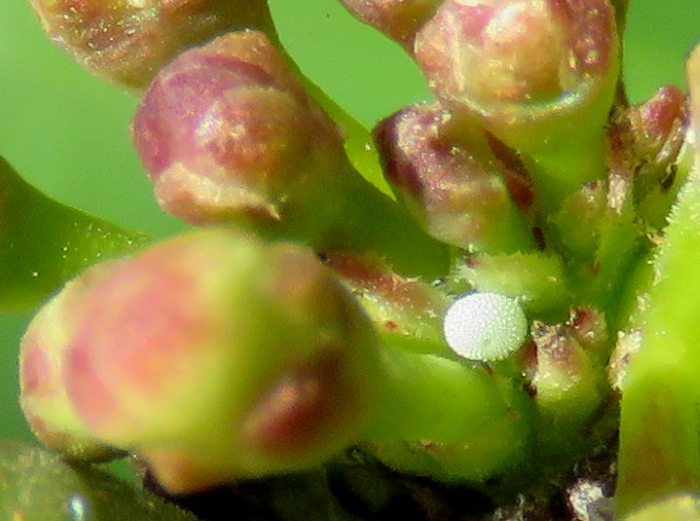 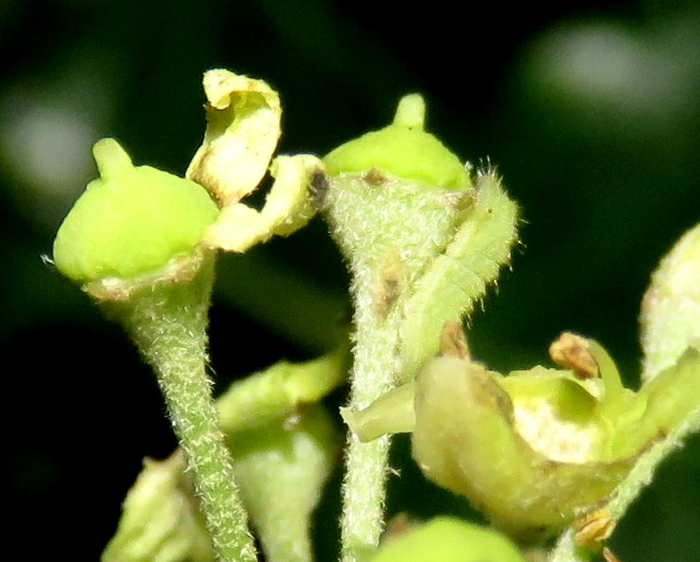 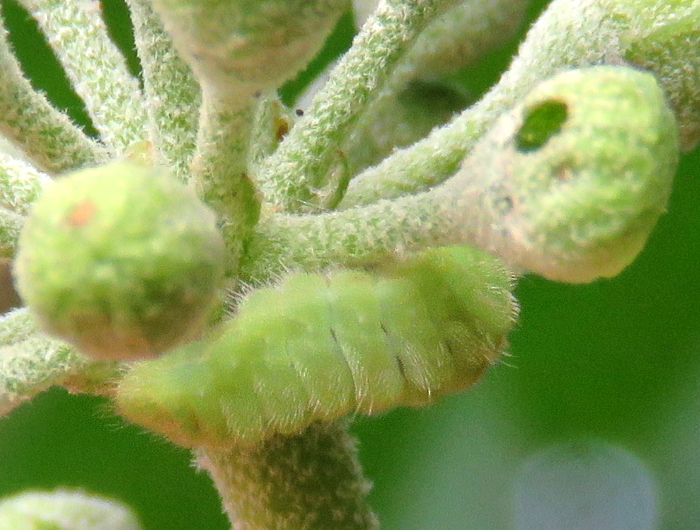 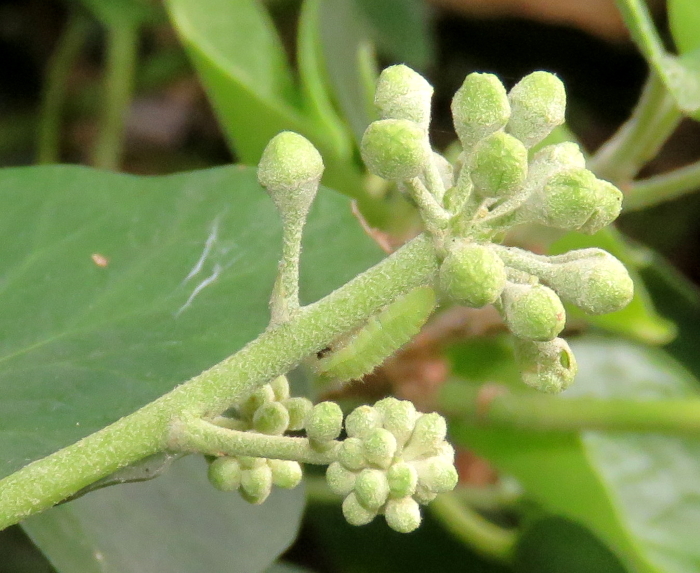 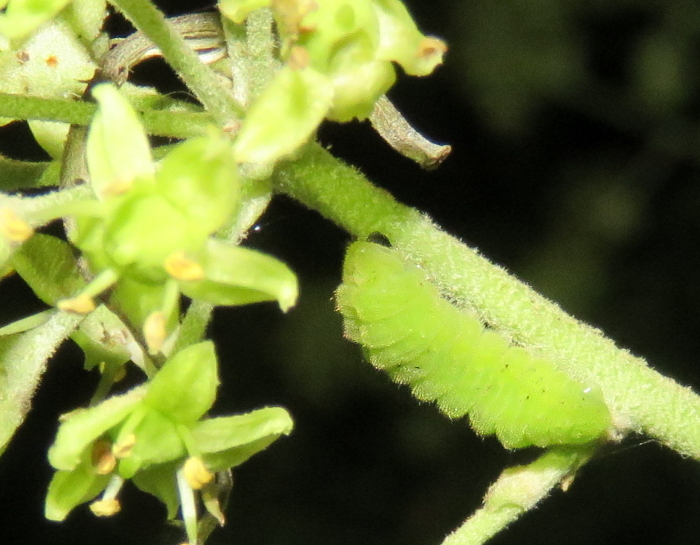 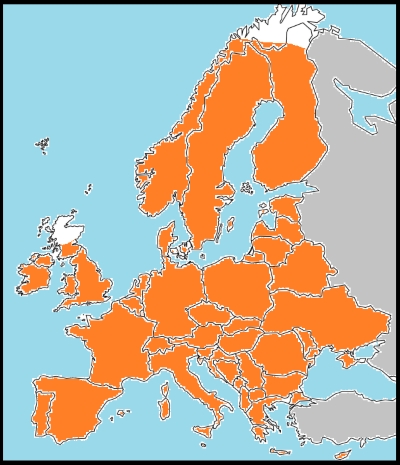 Found all over Europe except for the very far north and the northern tip of Scotland, this is one of our most familiar butterflies and a welcome harbinger of spring. It is a characteristic species of towns and gardens, where it famously thrives on holly in the spring and ivy in the summer. However, it will also take a huge variety of other herbs, bushes and trees and this is doubtless one of the keys to its success. That said, it is not always common. Its numbers fluctuate in a regular fashion, building up over a series of years and then suddenly crashing. This attributed to its relationship with the parasitic wasp Listrodomus nycthemerus. When the host is plentiful, parasite numbers explode and wipe out large numbers of the butterfly.

Identification is easy. Males are sky blue above with a chequered forewing border and a neat, narrow, black margin, slightly broader at the apex of the forewing. Females of the first brood are the same blue but with a much broader dark border. In the second brood this border is still broader, extending down the leading edge of the forewing, and the ground colour is generally duller. Males of the second brood are similar to those of the first brood. The underside of both sexes is white with black spots. The spots on the forewing are characteristically elongated, making this species instantly separable from superficially similar butterflies.

Because of their eclectic choice of hostplant, holly blues can be found in all sorts of habitat, though they are rarely far from trees or bushes. I have found them sharing a patch with Lorquin's blues in southern Andalucia, skitting around with Camberwell beauties in the hottest parts of the Swiss Rhōne Valley and sitting on forest oaks with purple hairstreaks in the UK. They are always a joy to see. Both sexes enjoy nectaring and males in particular will often join groups of other blues to take minerals on damp paths.

Holly blues hibernate as pupae, hidden away on or near the ground near - or deep within - their foodplant.