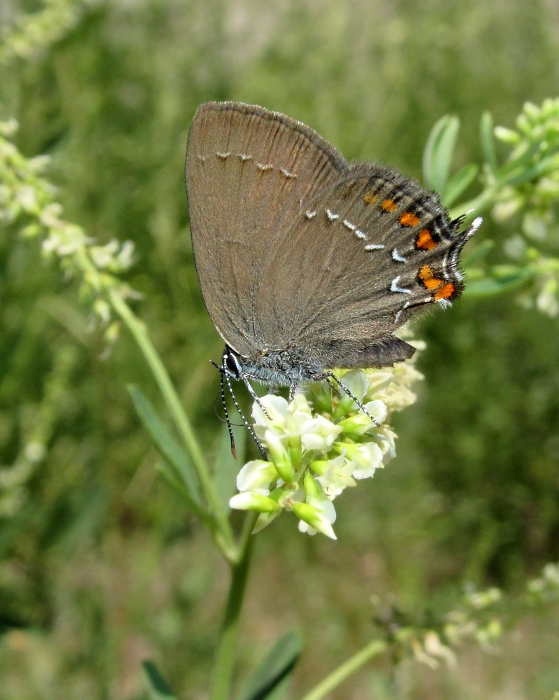 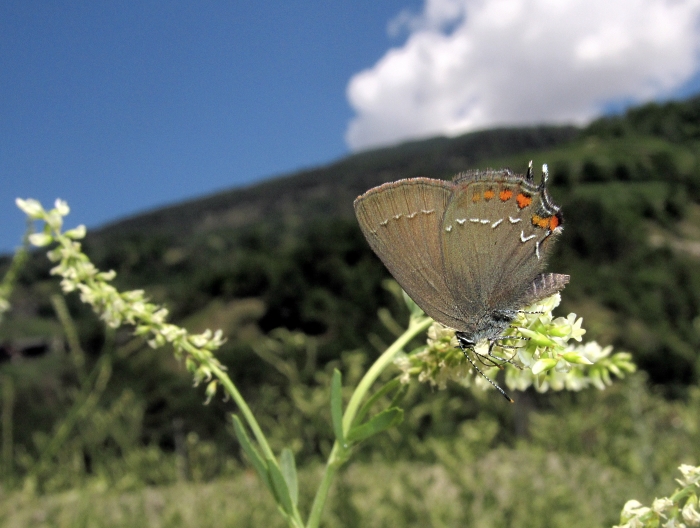 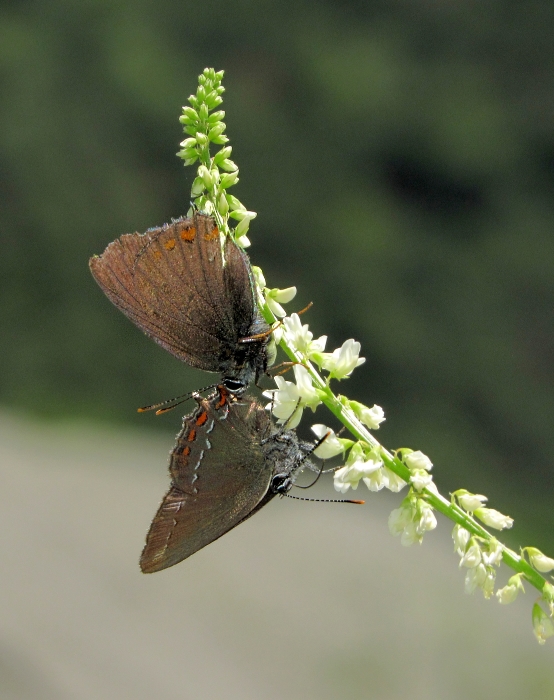 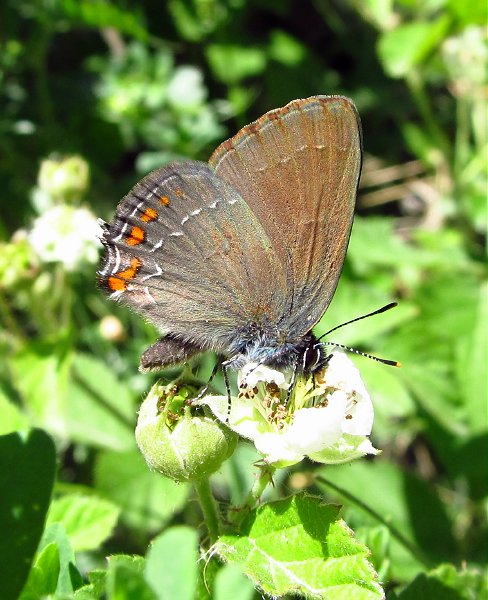 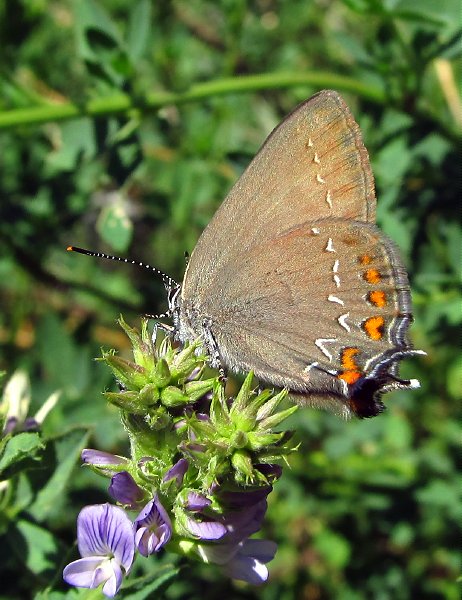 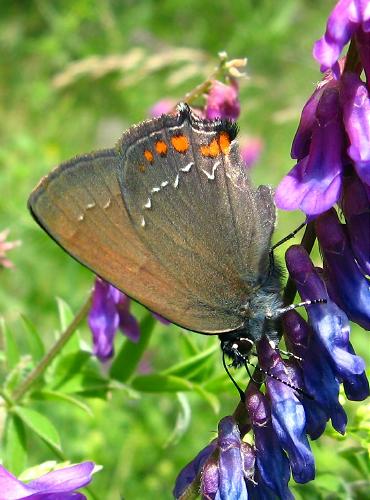 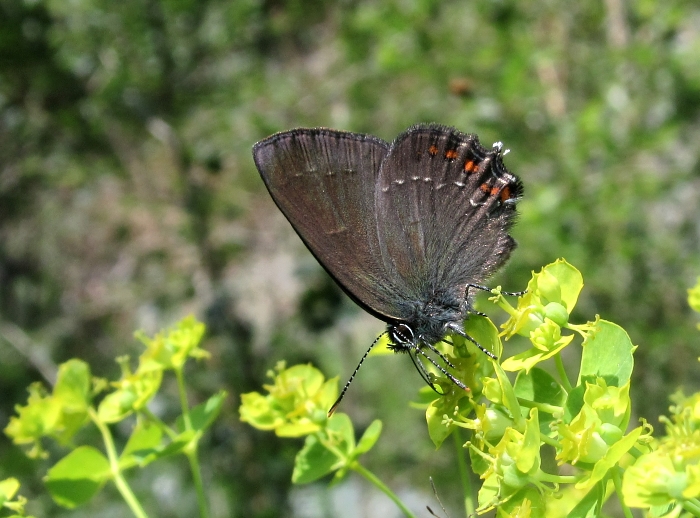 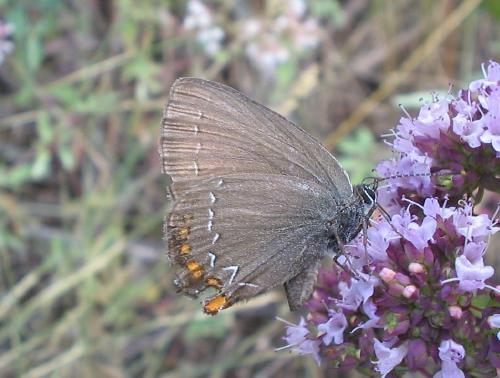 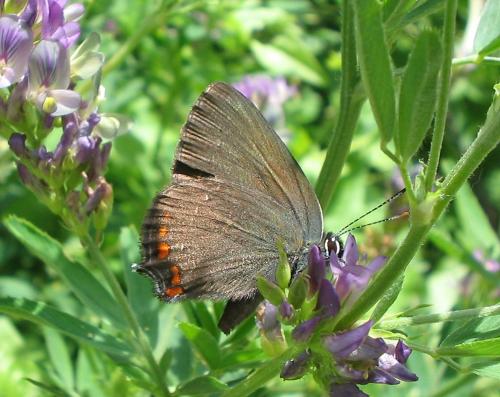 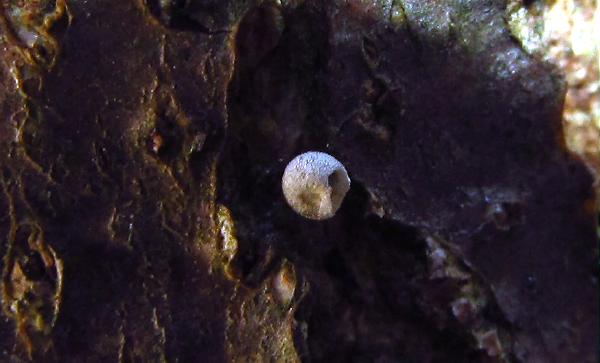 The same egg, showing the position on the trunk of a small oak. 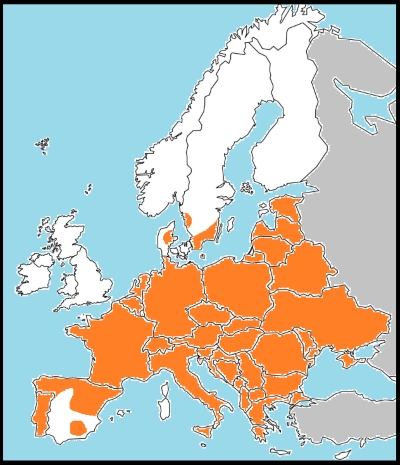 This is a widespread and sometimes very common species, though generally local. In Switzerland it flies in rather hot places in valleys where there are plenty of nectar plants and scattered small oaks. In such places it may often be seen in good numbers in June and July. Further south it flies higher in the mountains, being common along tracks in the Pyrenees up to at least 1600m and doubtless higher in places.

Eggs are laid on oak (I'm not at all sure where the species gets its common name from), usually on the trunks or low branches of small bushes, some 50cm or so off the ground, from where the emergent caterpillars can crawl to leaf buds in spring. The only eggs I have found have been parasitised. The butterflies themselves emerge in late May or early June - or perhaps later where they fly at altitude. I have found abundant, fresh butterflies in the Pyrenees in late July.