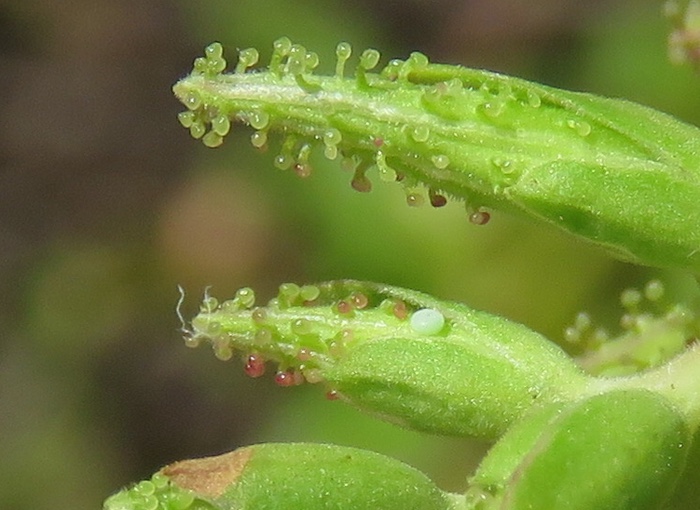 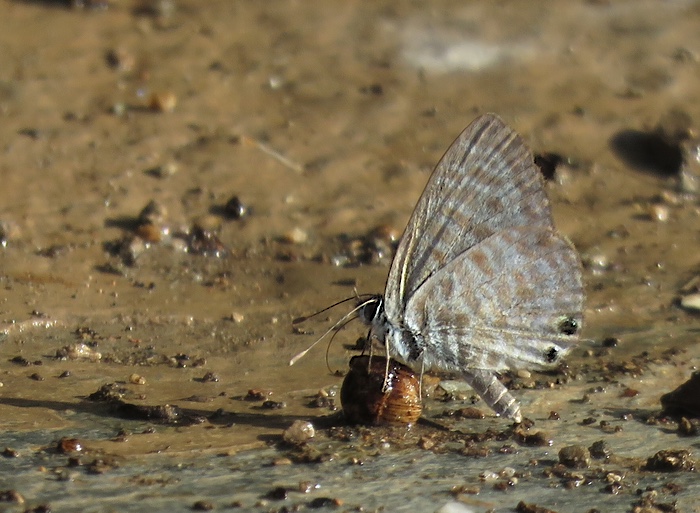 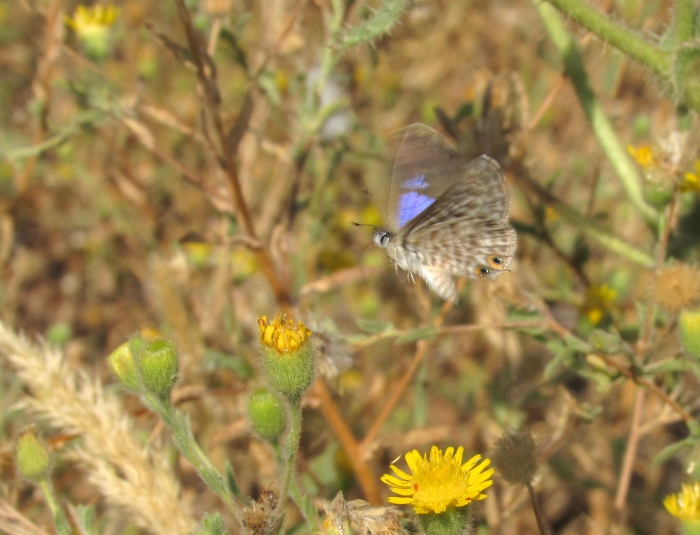 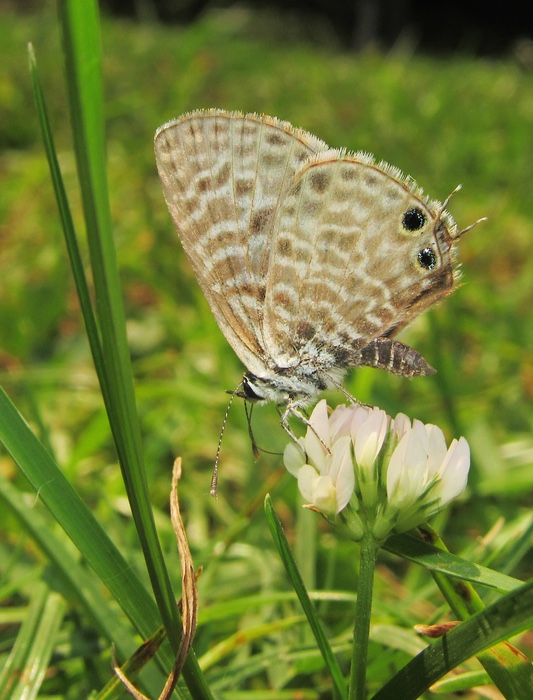 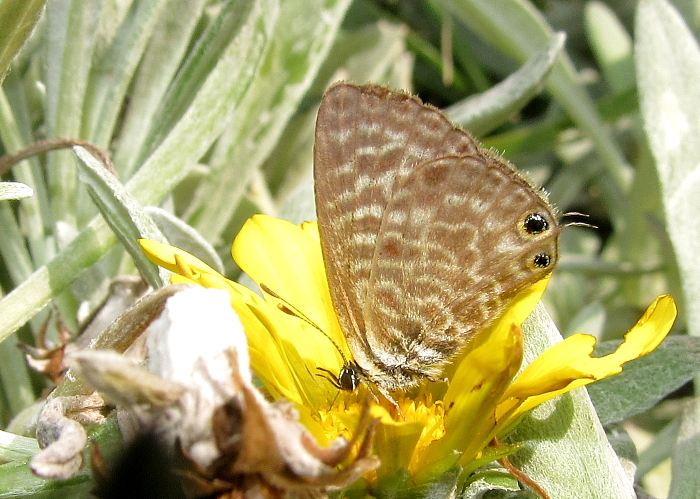 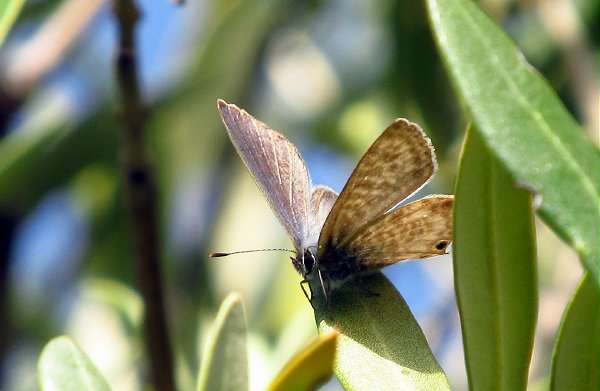 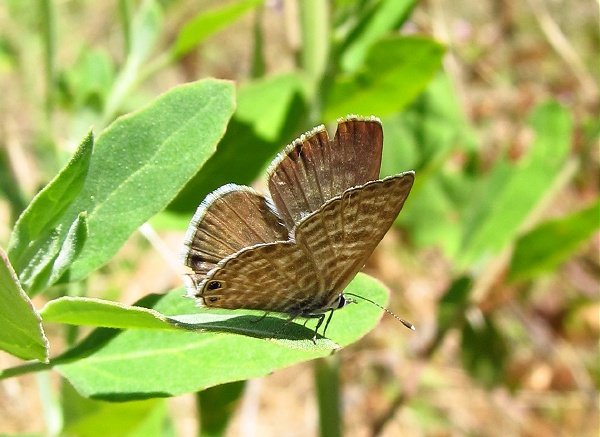 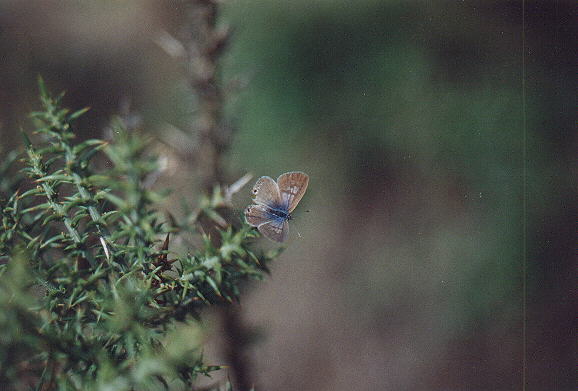 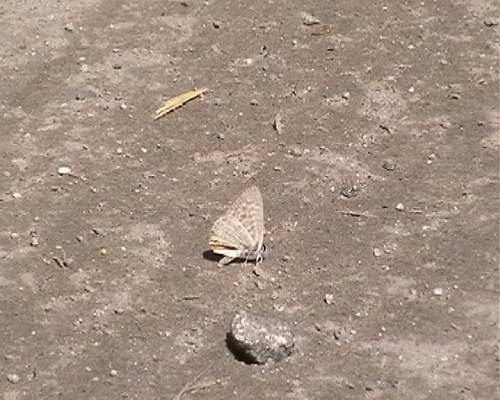 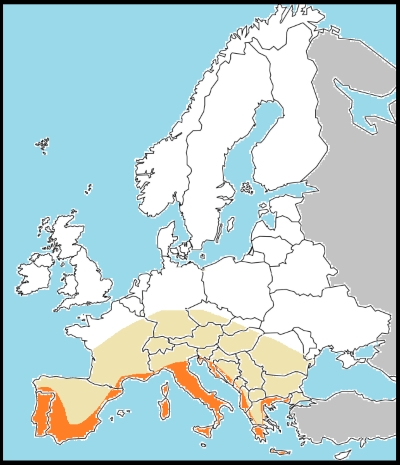 This is the only European representative of a very distinctive genus, Leptotes, found in tropical and subtropical zones worldwide. Like the long-tailed blue, Lang's short-tailed blue is resident only in the Mediterranean region, extending further north as a migrant, but its resident range is perhaps larger and its migrant range smaller. This is difficult to determine as winter individuals in the south may have originated in Africa. Also like long-tailed blue, it is a species you are likely to see just about anywhere within its range. It takes a wide variety of food plants, from the pea family and other families, and is perfectly at home in urban parks. I find it generally less common than the long-tailed blue, however, and I have yet to have a really good photo session with pirithous.

Because there is no diapause, you may encounter this species at any time of year in its Mediterranean heartlands. The further north you go, the later in the year you are likely to see it, as it establishes temprorary breeding populations in suitable areas.