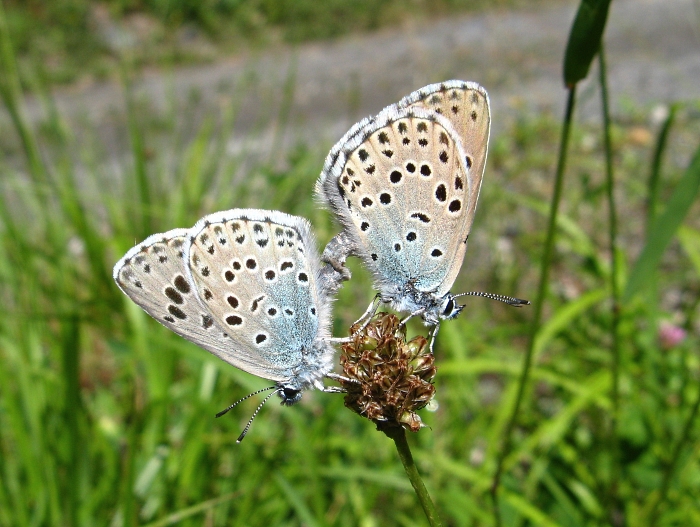 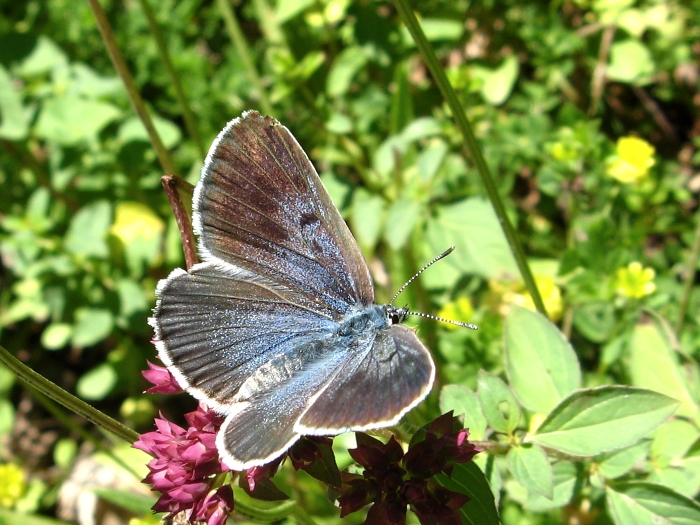 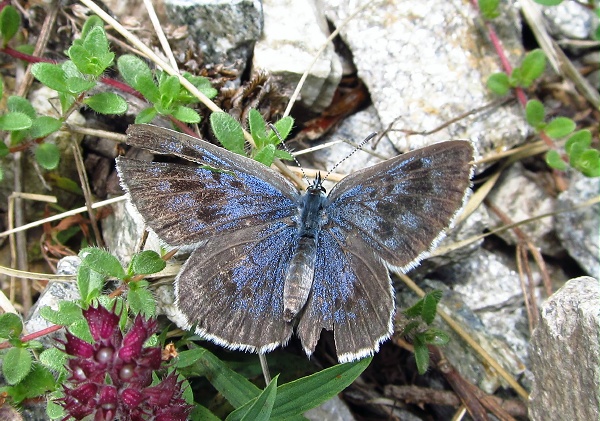 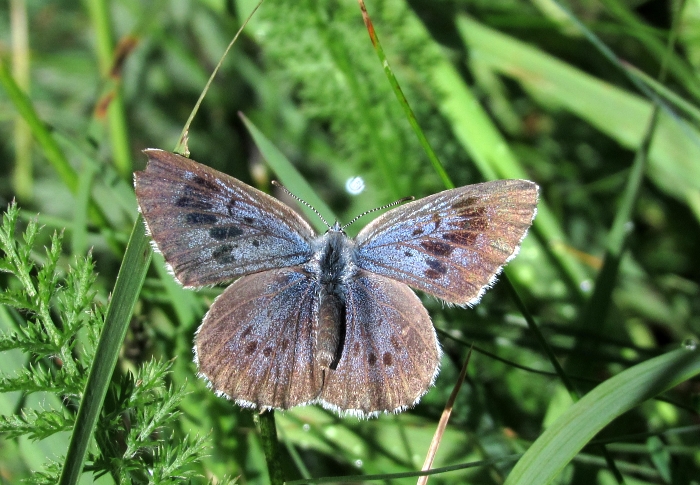 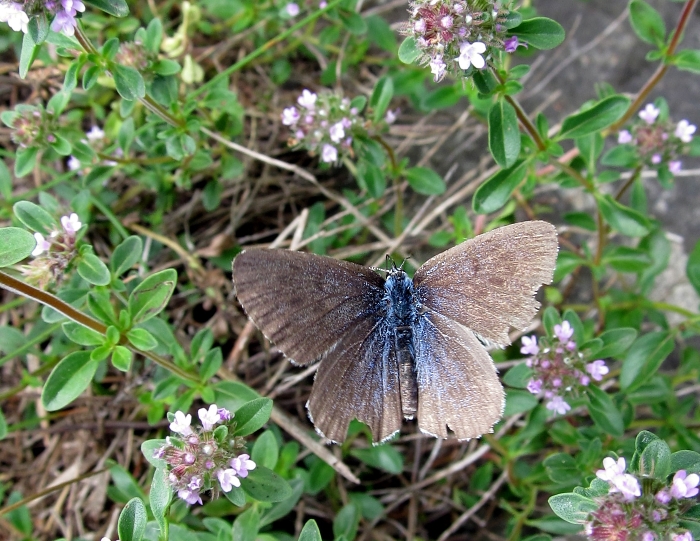 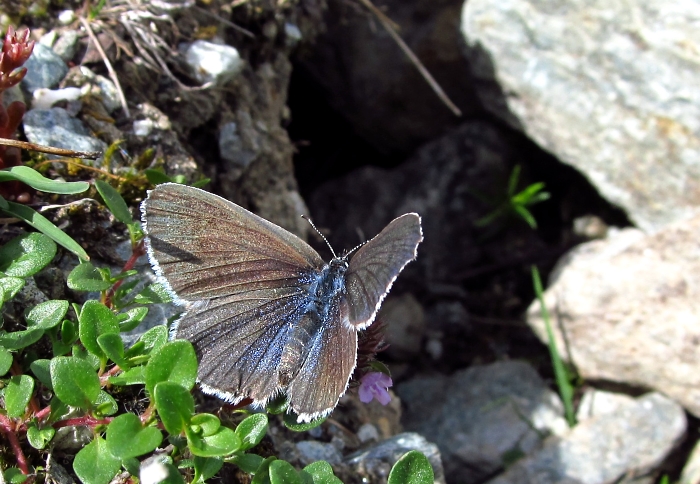 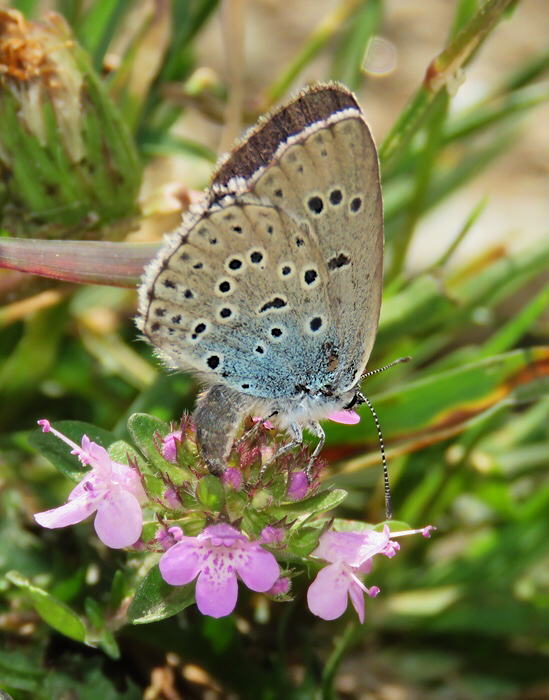 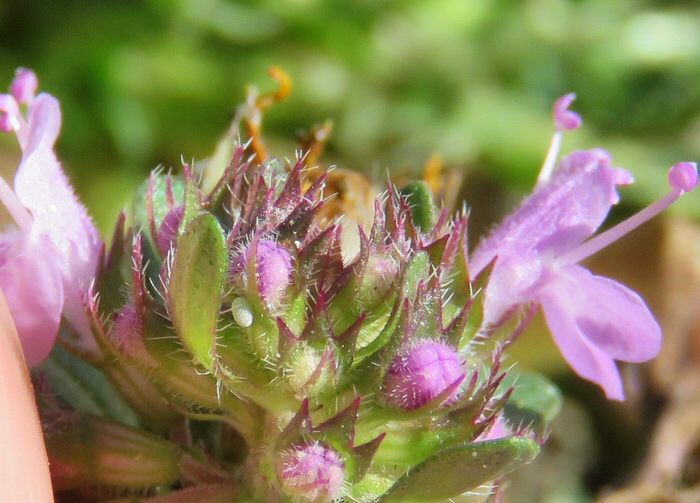 The egg she laid 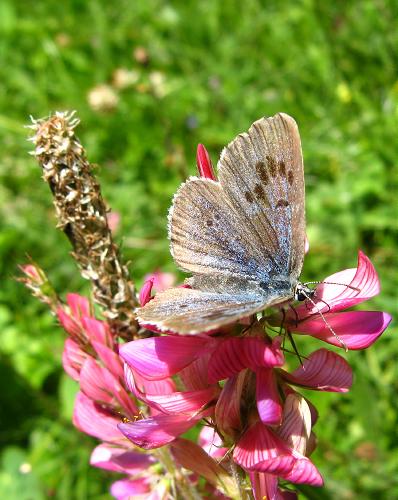 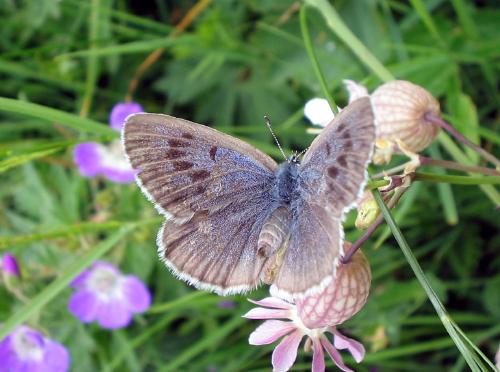 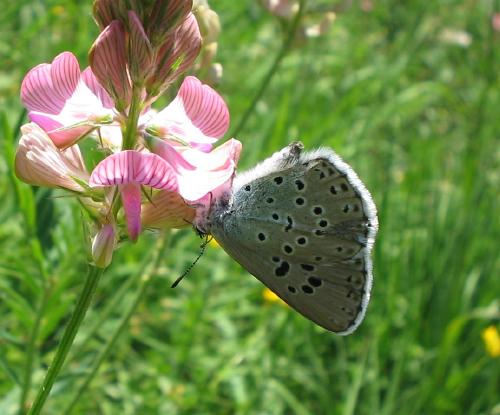 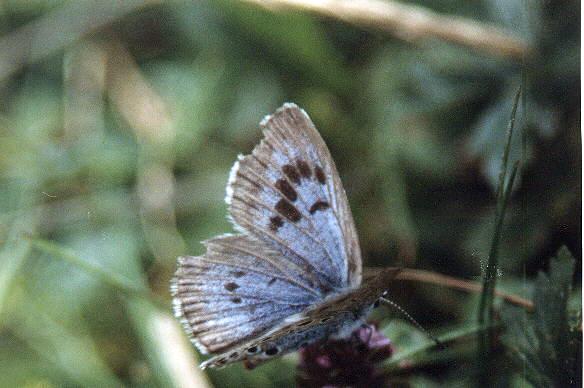 Female, France, July 1982 - my only picture of the lowland form 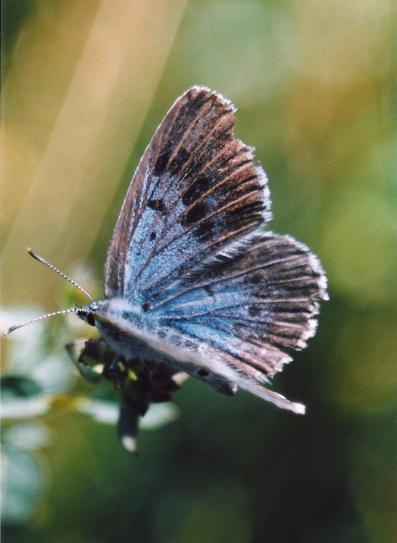 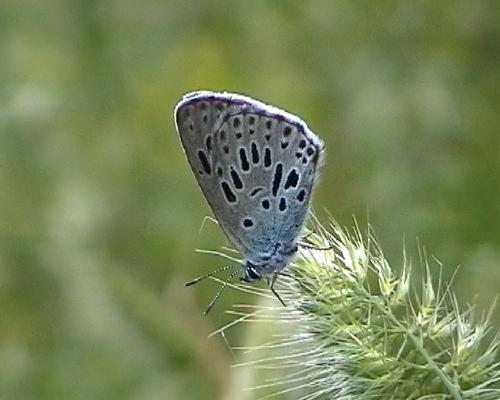 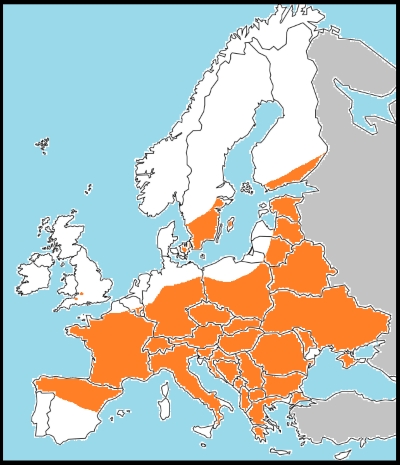 This is the most widespread and generally the commonest of the four European species formerly classified in the iconic genus Maculinea - now Phengaris. All four share the peculiar - and amazing - characteristic that the larvae must be adopted by ants and taken into the heart of an ants' nest to survive. This happens in the third instar, when the caterpillar stops feeding on thyme (in the case of the present species) and begins secreting a honeydew-like substance attractive to ants. After a certain period of attention by ants, the caterpillar is sufficiently perfumed with ant pheromones to be picked up as one of theirs and dragged into the nest. There, it is fed on ant larvae by its doting hosts and continues to grow until eventually it pupates underground. The following summer it emerges from the chrysalis, climbs up into the light and flies. This singular life cycle means the butterfly is not only dependent on the physical and floral aspects of a habitat but also on the presence of the correct species of ant. It is probable that the extinction of the large blue in the UK was hastened by the loss of rabbits to myxomatosis, leading to deepening of the grass sward with consequent cooling of the ground and loss of ants. The butterfly has been successfully reintroduced in this country and the new colonies are now stable thanks to careful habitat management and protection.

All except one of the above pictures were taken in mountains, where the large blue is typically rather melanic. Some males may be completely black. In the lowlands the upperside is much brighter, with broad but clearly demarcated dark borders and sky blue basal areas. There is an arc of discal spots on the forewings, the spots on the female being noticeably larger. In mountain forms these spots may be obscured by the melanic suffusion. The underside of both sexes follows the same pattern as that of all the Phengaris species but is much better marked and more contrasting than the others. In particular, there is a well defined double submarginal series. In other species there is either no submarginal series (dusky large blue) or essentially a single series with a shadow (scarce large blue and alcon blue). In Switzerland, the large blue often shares habitat with dusky large blue and scarce large blue, and as the upperside is heavily melanic in this country a view of the underside is often important to confirm identity.

The large blue is found above all on hot banks where thyme is abundant. Females spend a lot of time around the thyme, nectaring on it as well as checking it out for laying. The flight season is rather short, beginning in late May or early June and running into July.