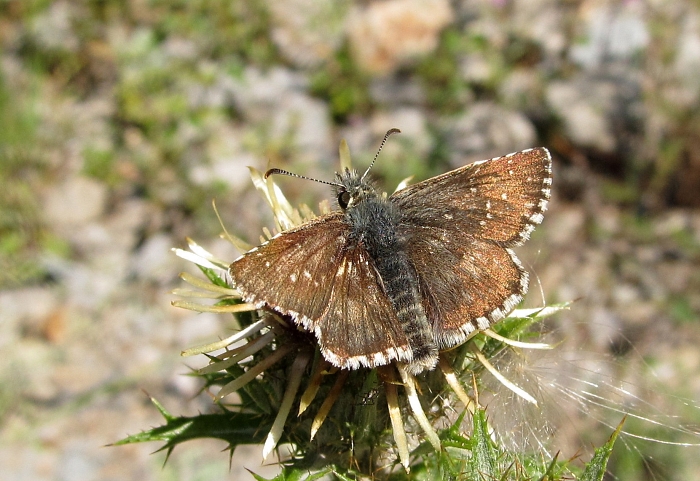 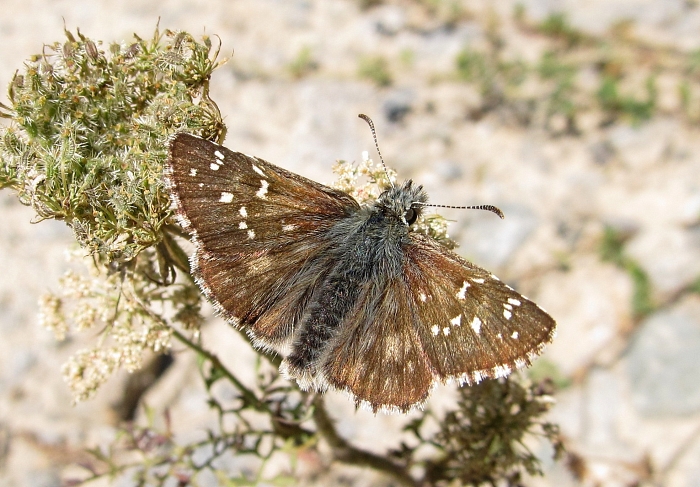 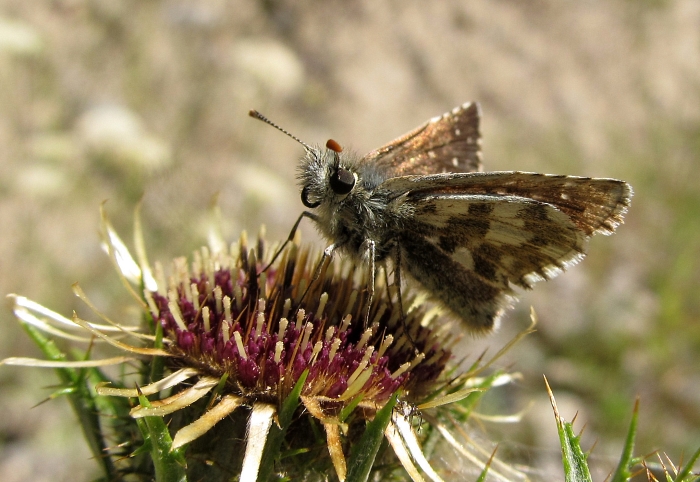 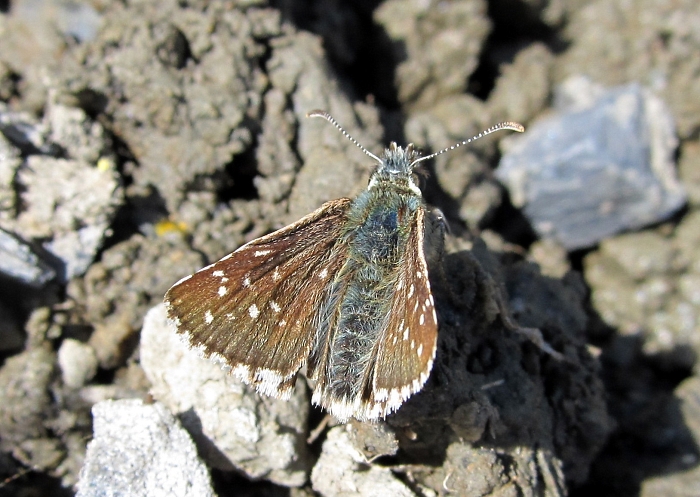 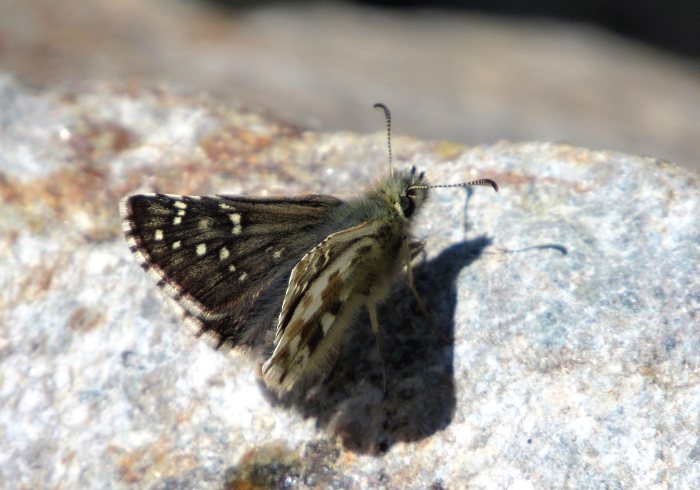 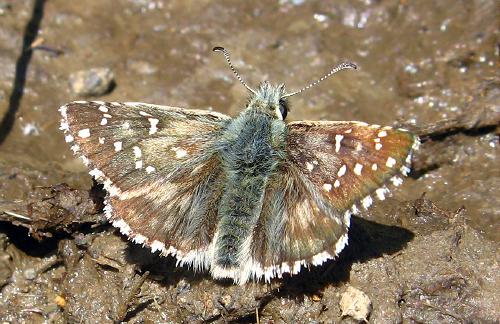 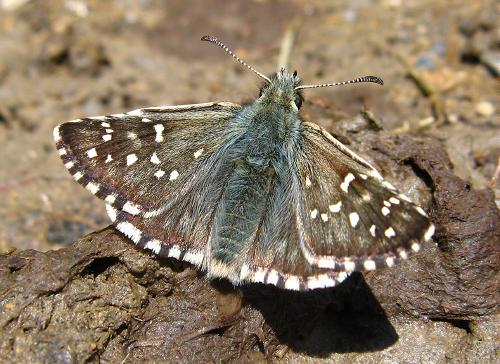 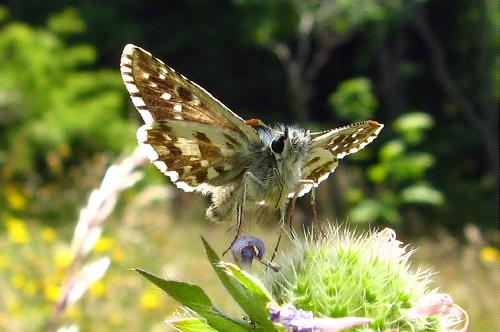 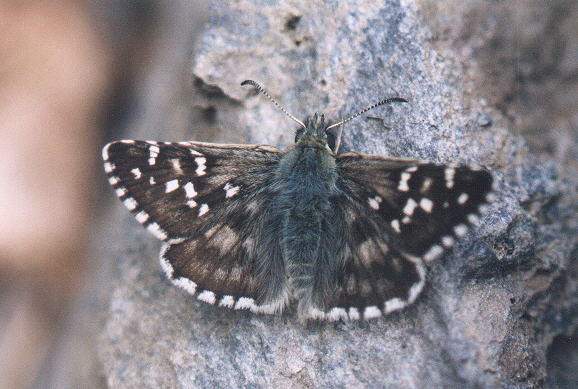 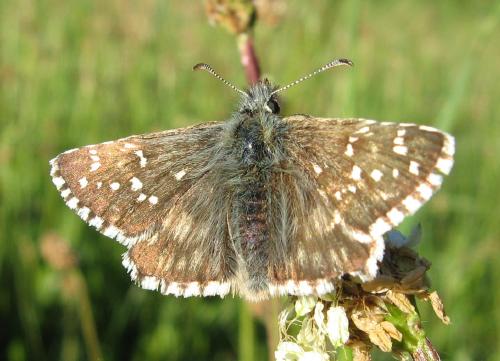 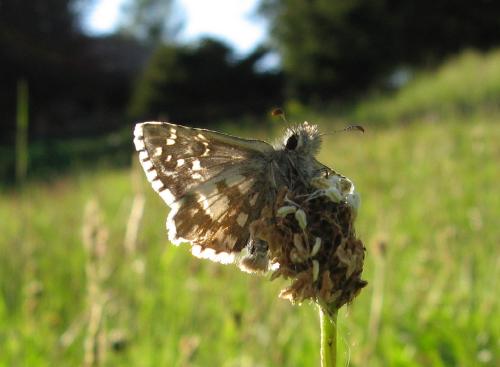 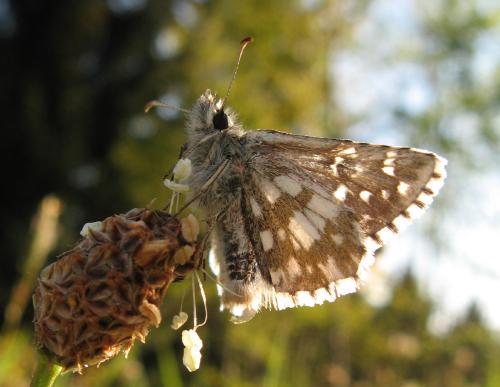 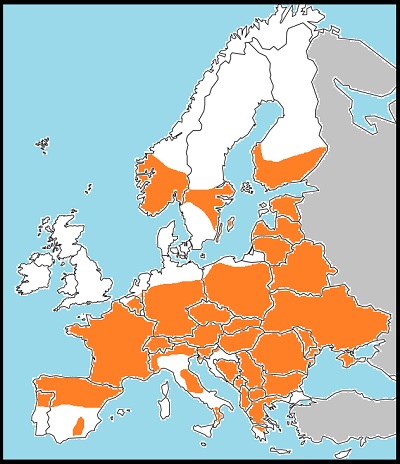 This is a very widespread and variable butterfly - most probably a complex of closely related taxa, some of which might properly be counted as good species. Named subspecies include alveus, scandinavicus, centralhispaniae, trebevicensis, centralitaliae, accretus and numida, of which accretus and trebevicensis are considered separate species by some authors. It is a hill butterfly, found from 800m to 2000m - though I have found what I believe to be alveus at 2300m when looking for Warren's skipper. The first individual shown above is such an example. Superficially, it looks very like Warren's skipper but was too big. As a rule, the large grizzled skipper is a local butterfly and scarce in much of its range.

There is enormous variation between subspecies. In Switzerland, typical individuals have reasonably well marked forewing uppersides, with distinct, disrete spots, and rather obscure markings on the upperside hindwing. The first individual above is anomalous, with particularly sparse spotting on the forewing, but I have seen several like this at high altitudes. In the Pyrenees and Spain, subspecies centralhispaniae is much more strongly marked, especially on the hindwing, and centralitaliae, in Italy, is similar. The underside hindwing features a strong, white costal streak, joining the discal and basal series. The discal series is usually complete, with the upper three spots evenly broad. Normally, this is quite a large skipper, but high altitude individuals may be smaller.

The larval foodplants are strawberry-leafed cinqfoil and rockrose. Eggs are laid on the leaves of the foodplant and the caterpillars hibernate while small. The adults fly in a single brood from the end of June to August.