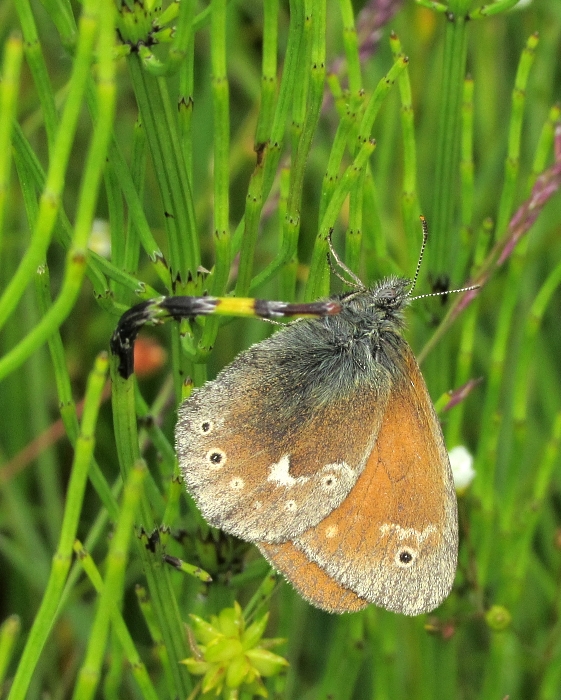 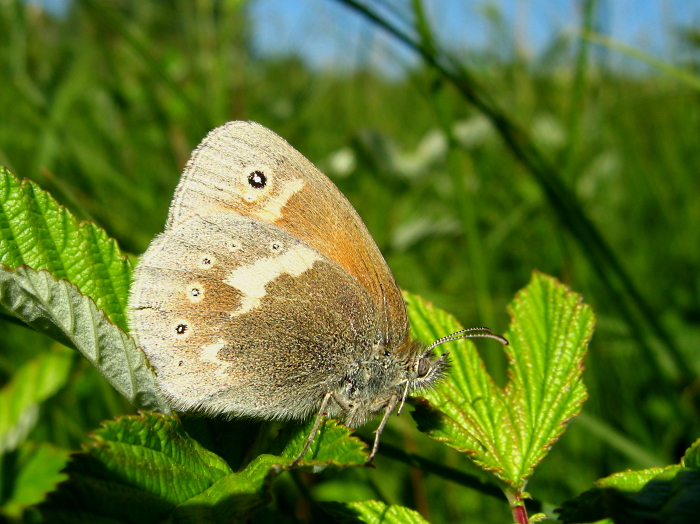 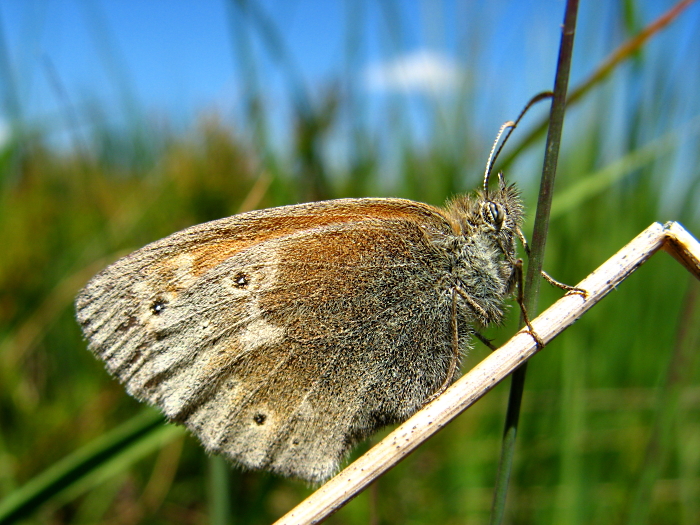 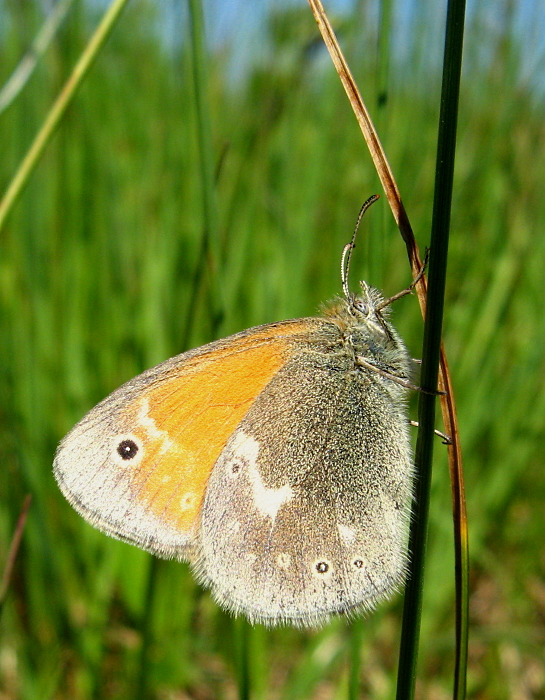 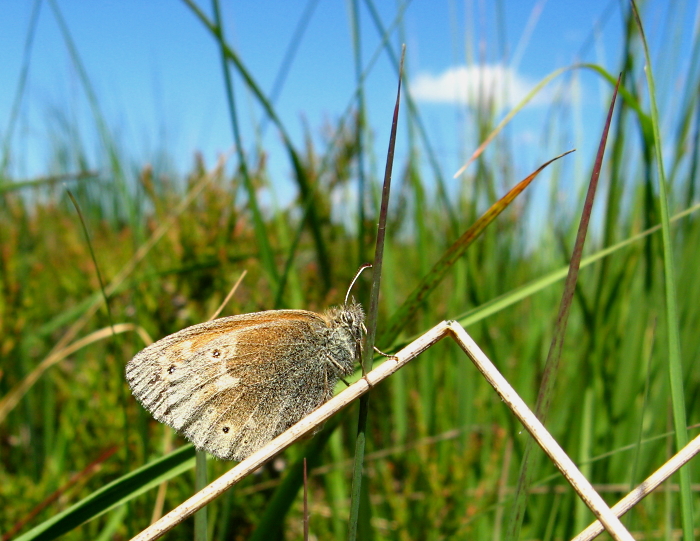 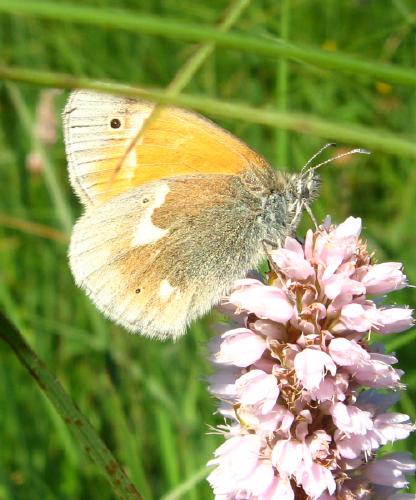 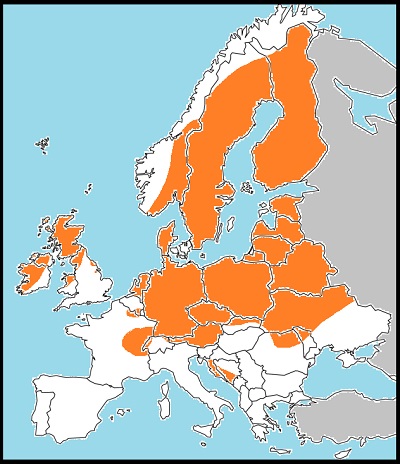 The large heath is quite widely distributed in northern wetlands and damp heaths but generally uncommon. In Switzerland it is an extreme rarity, found in only a very few places. It is a sedentary species, so liable to local extinctions and particularly vulnerable to fragmentation of its habitat. There are many named subspecies in Europe - three in the British Isles alone - also a function of its sedentary habits and the rather scattered nature of suitable habitat. I have only seen large heaths twice: once at a wetland site in France, not far from the border with Switzerland, and once at one of its rare Swiss sites.

The species is very variable, especially in the amount of spotting on the underside hindwing. In some subspecies and forms there is a complete series of conspicuous, yellow-ringed, white-pupilled postidiscal ocelli, while in others (ssp. scotica, for example) the spots are vestigial or absent. In general, the white on the underside hindwing runs from the costa to the middle (sometimes continuing towards the inner margin after a break), as in small heath but unlike the chestnut heath. It is, however, much larger than small heath, giving the appearance in flight of being a big, floppy butterfly, endlessly moving and very rarely coming to rest for a photograph. There is a conspicuous white dividing line inside the apical spot on the forewing, usually absent in small heath.

The larval foodplants are various sedges, in the genera Rhynchospora, Eriophorum (cottongrass) and Carex. It hibernates as a caterpillar and the adults fly in a single generation from mid-June to August.