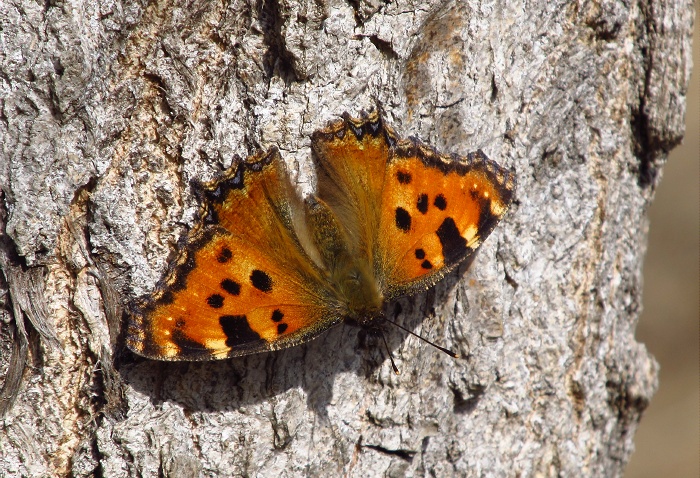 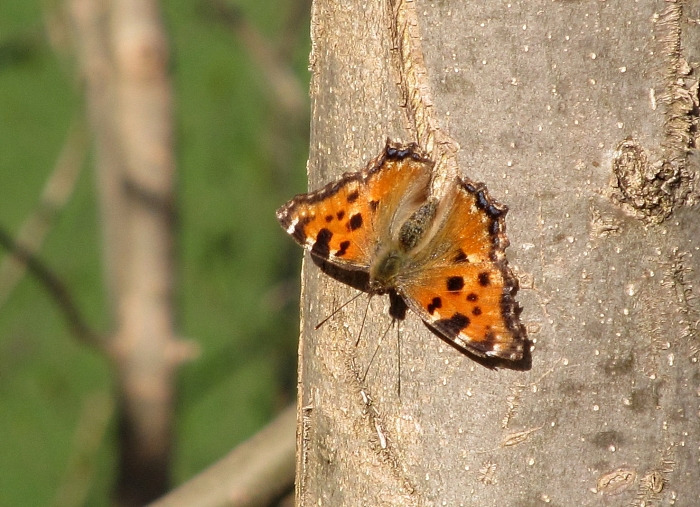 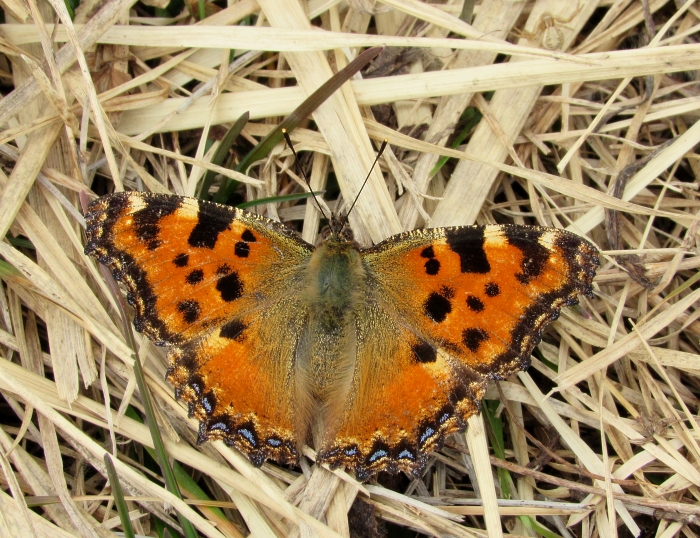 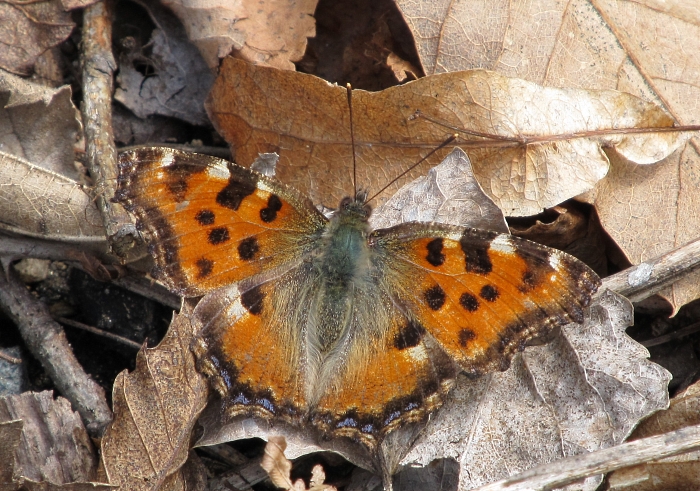 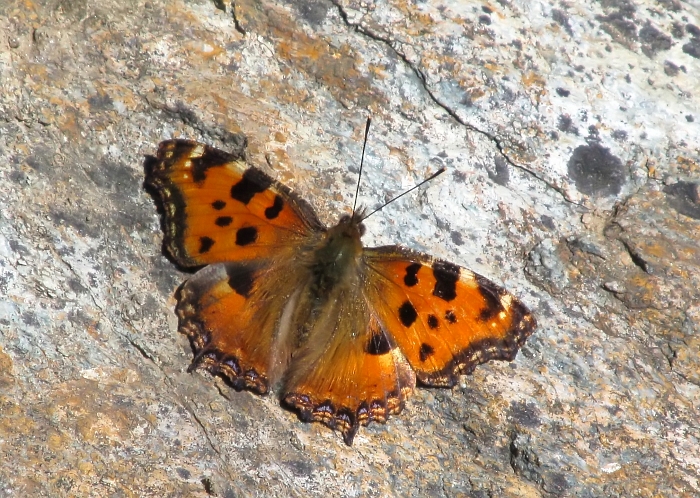 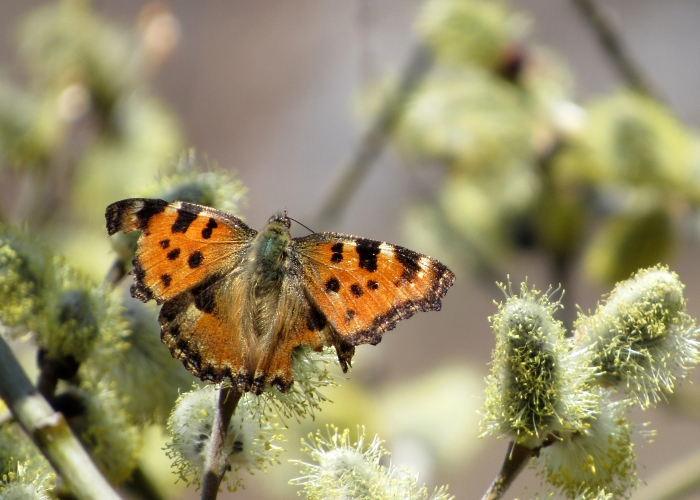 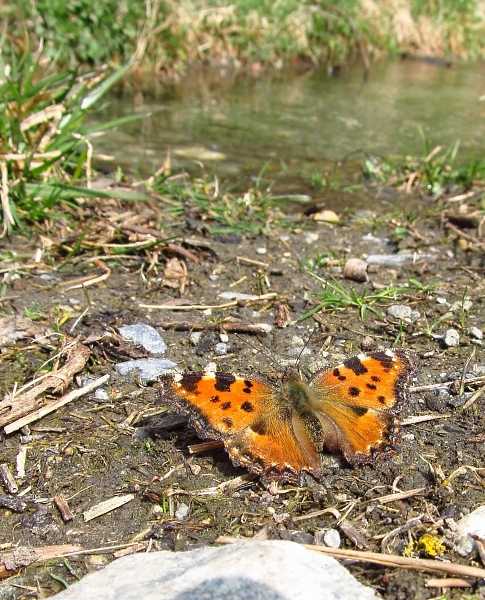 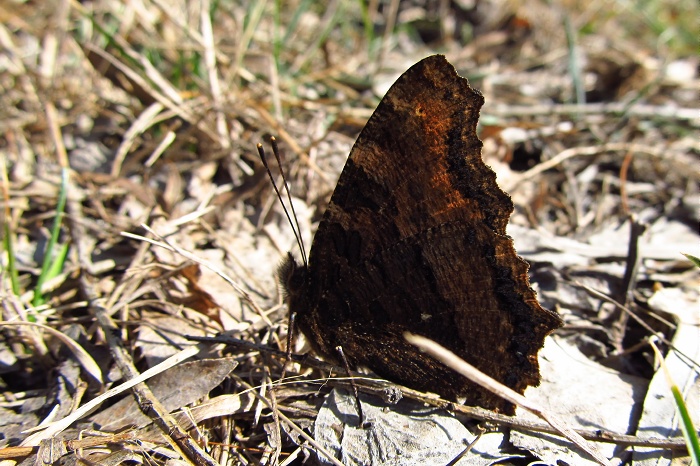 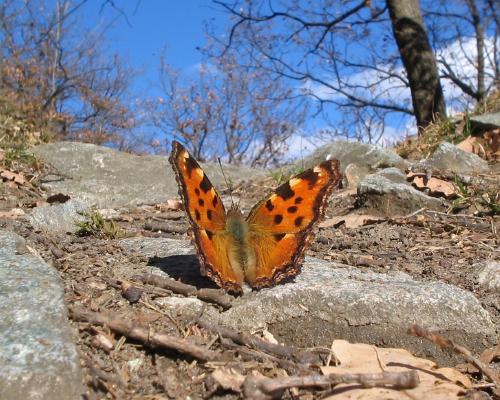 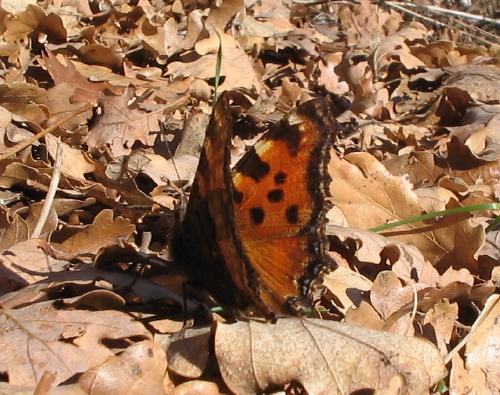 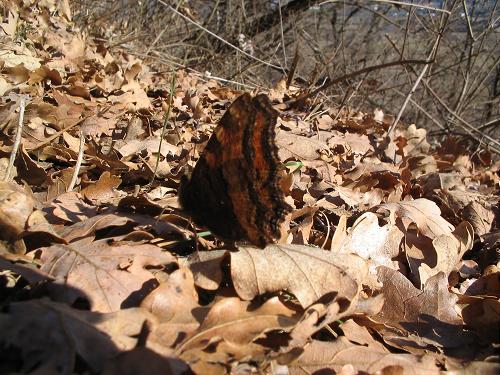 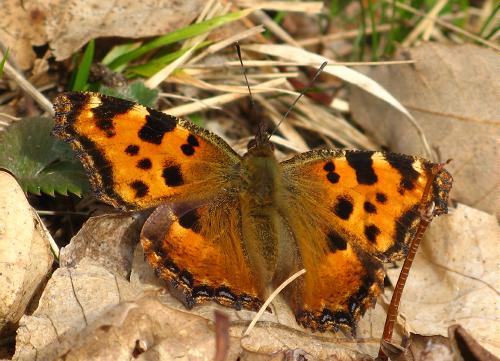 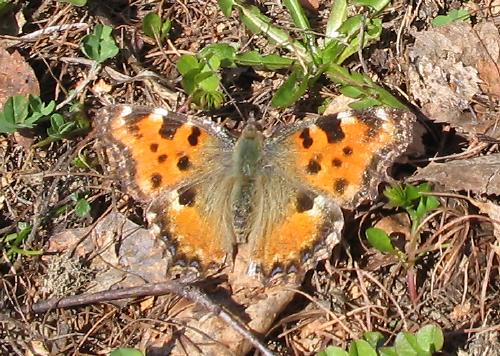 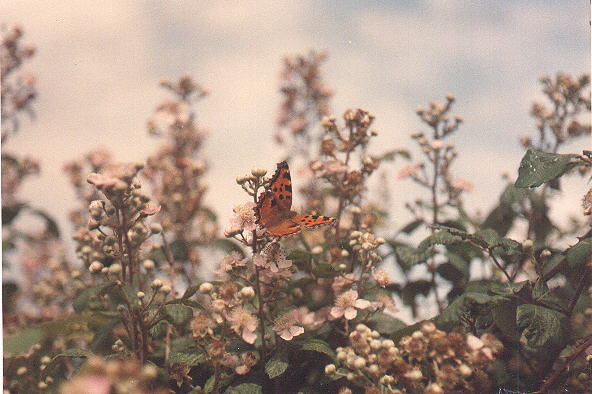 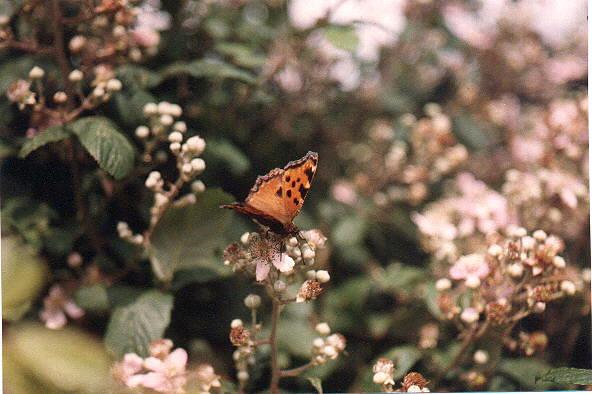 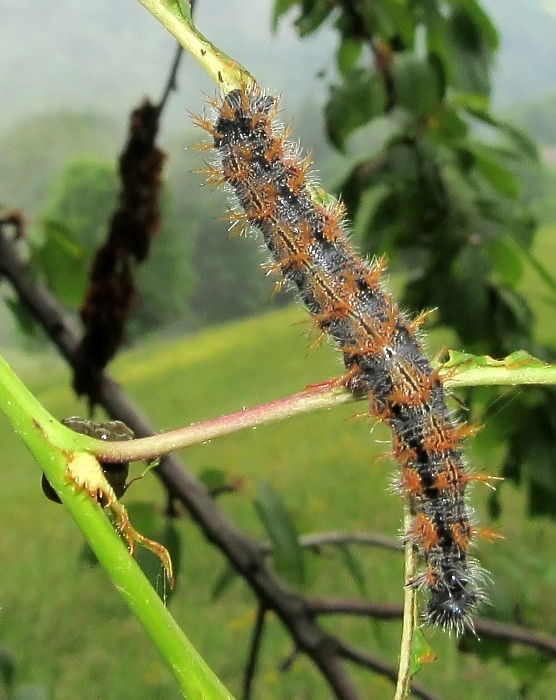 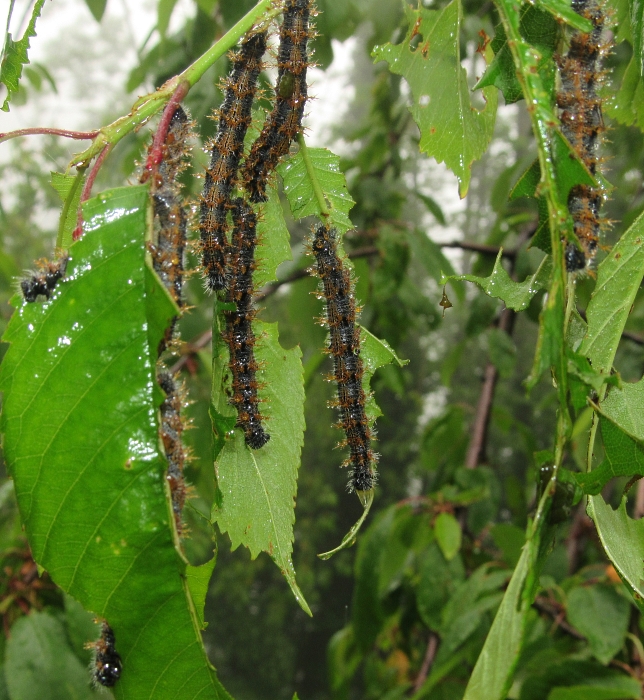 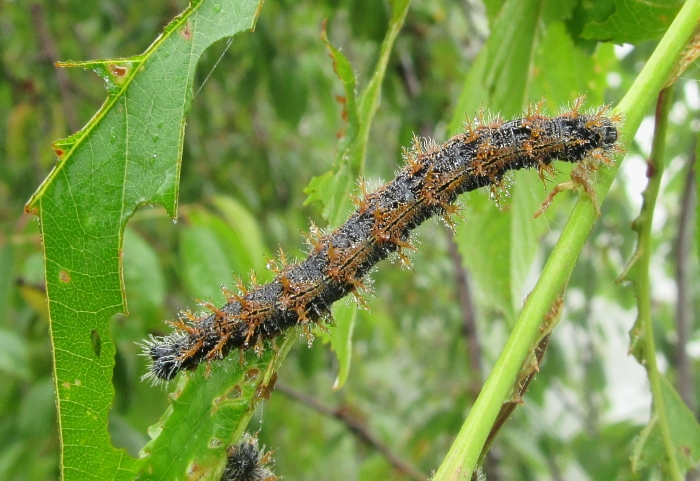 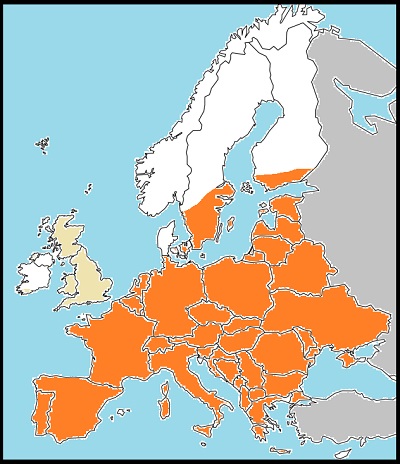 Distribution
Note: Kudrna gives recent records for large tortoiseshell all over England and Scotland but it
is nevertheless an extremely rare vagrant, not known for certain to breed anywhere in the UK

This is a common butterfly through most of its range, though officially extinct in the British Isles since the mid-20th century. There are tantalising suggestions it might have regained a foothold in the extreme south of England but to the best of my knowledge, unassisted breeding has not been proven. Like the Camberwell beauty, it is far more easily seen in the spring, from March until May, than in the summer, when fresh adults either go rapidly into hibernation or disperse. Hibernated adults emerge soon after the first small tortoiseshells and males quickly begin the job of defending territories, interspersed with avid feeding on early spring blossom, like sallow blossom. For some weeks in March and April it is difficult to go butterfly-watching in Switzerland without coming across large tortoiseshells. Females lay their eggs in batches on the stems of foodplants, using a wide variety of trees and shrubs. Sallow is common. The only caterpillars I have found have been on cherry.

There is no real chance of mistaking a large tortoiseshell for a small tortoiseshell, though in the UK in particular, many small tortoiseshells are over-enthusiastically identified as large by observers who have never seen the real thing. Large tortoiseshells are supremely aerobic butterflies, large and graceful, given to swooping and gliding when prospecting their territories or checking out an intruder. Small tortoiseshells, by contrast, motor around, rarely gliding and rarely swooping either. If confirmation is needed, note the pattern of four spots in an inverted Y on the forewing of large tortoiseshell. There are only three spots in this position in a small tortoiseshell. In many ways, commas are closer in appearance and behaviour to large tortoiseshells, but size and a glimpse of the butterfly at rest should be sufficient to avoid confusion here. In eastern Europe, the yellow-legged (or scarce) tortoiseshell, Nymphalis xanthomelas is very much more similar, and this species has had westerly invasions in recent years so is worth keeping an eye open for. The yellow-legged tortoiseshell, as its name suggests, has buff or yellow legs. The upperside is subtly different. It is a brighter red/orange and has a broader and rather diffuse submarginal band on the hindwing . The postdiscal spots on the forewing are larger and less rounded - square or concave outwardly.