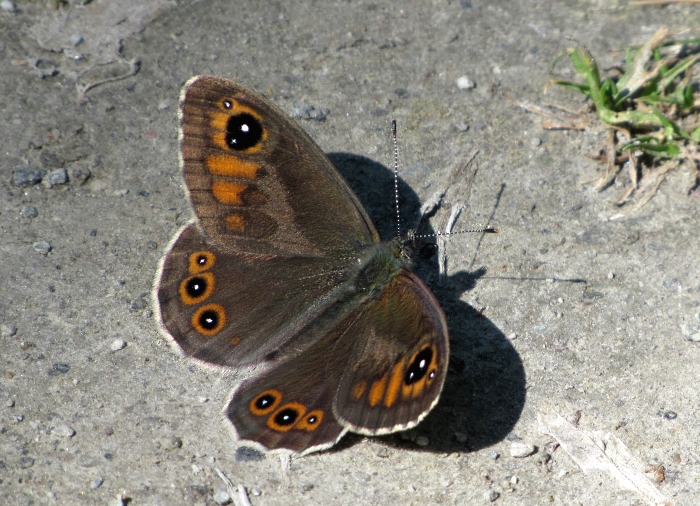 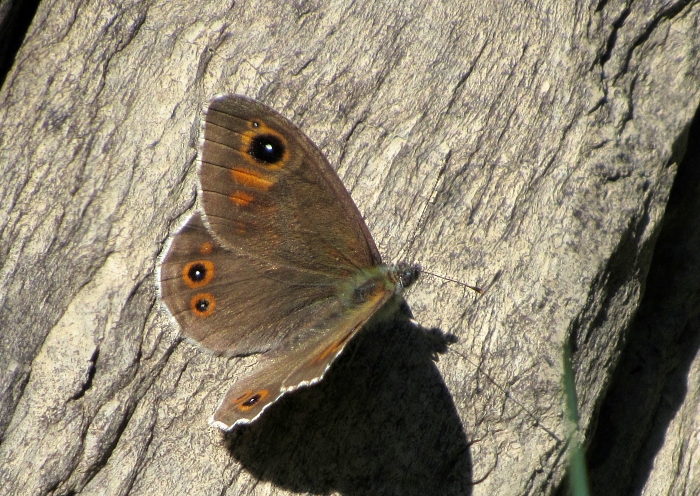 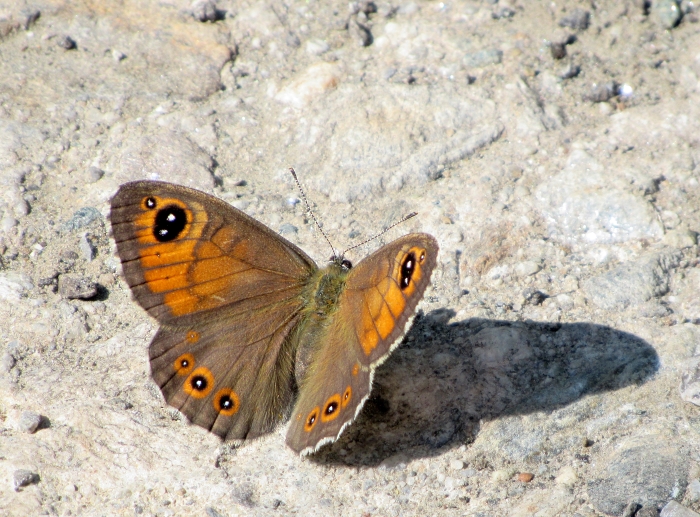 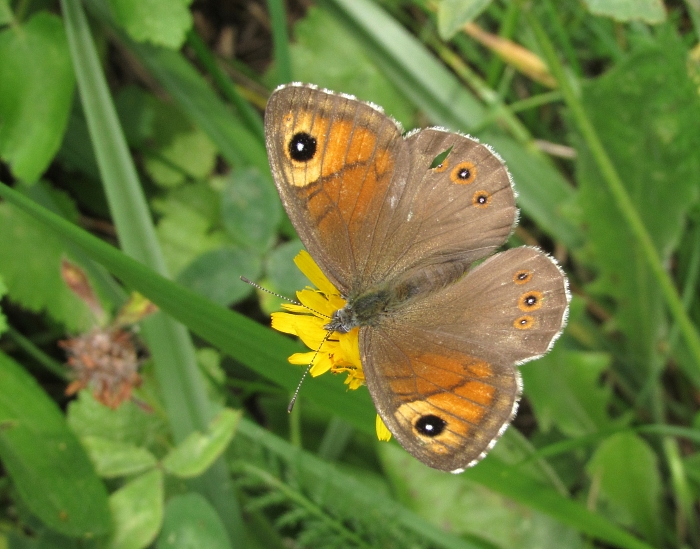 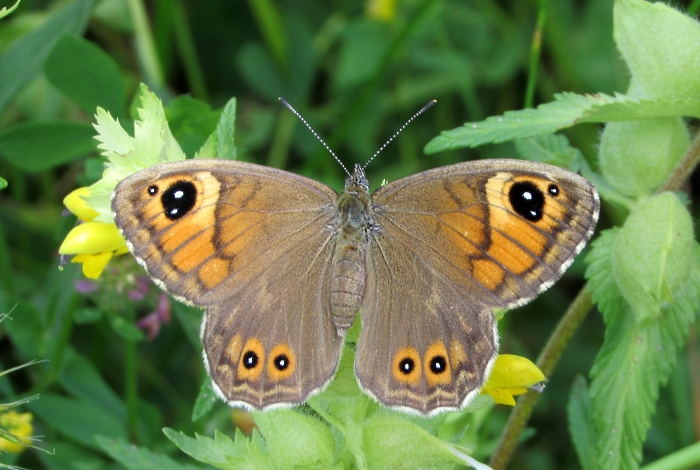 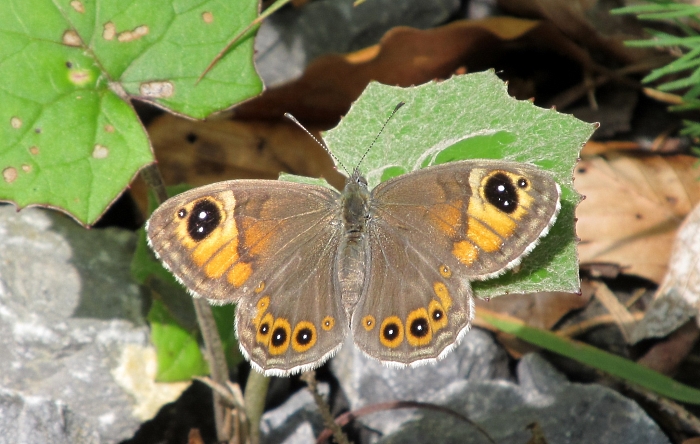 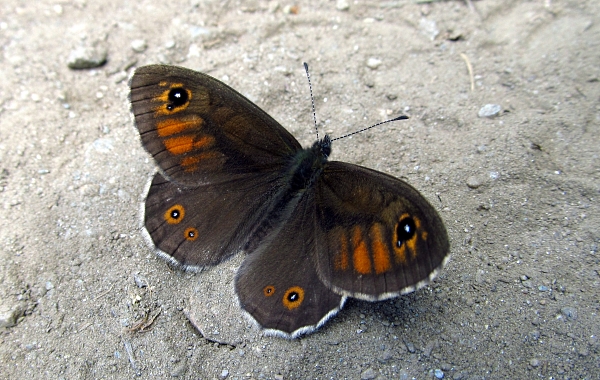 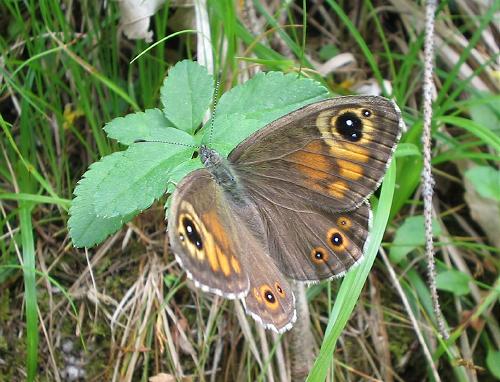 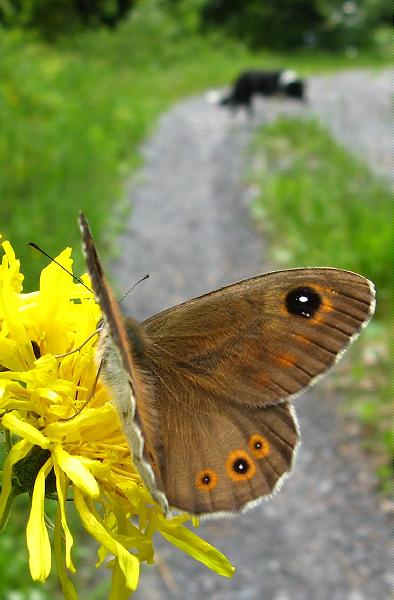 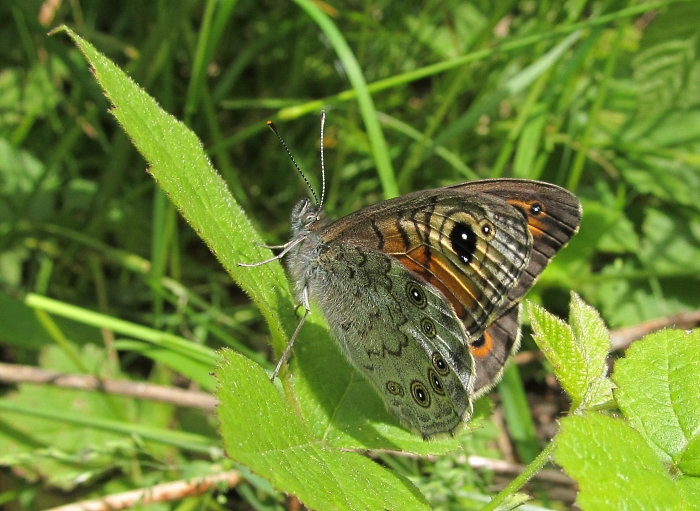 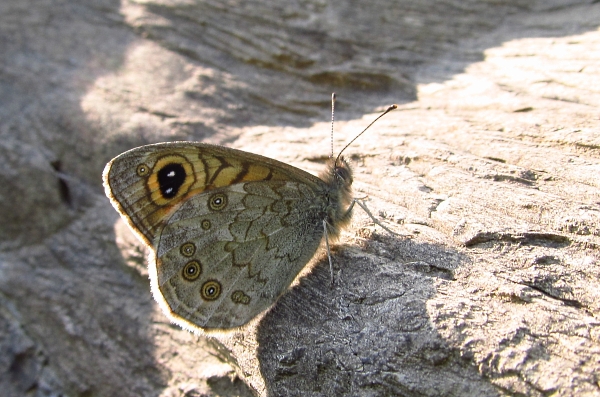 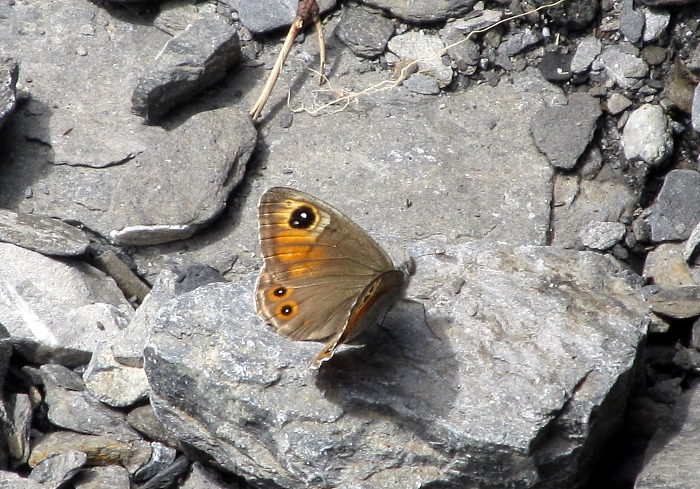 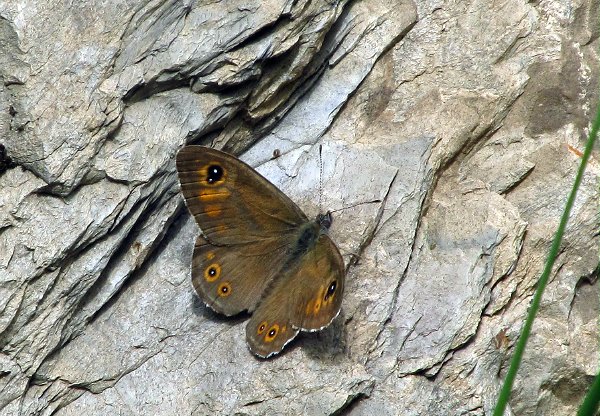 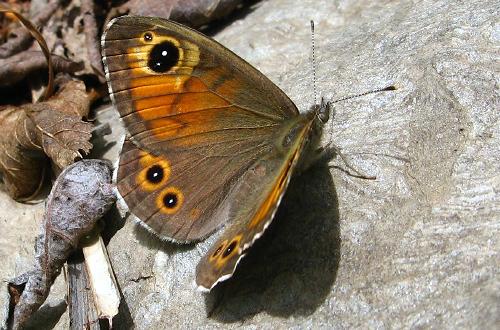 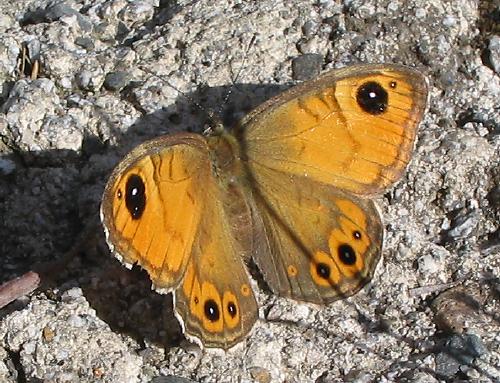 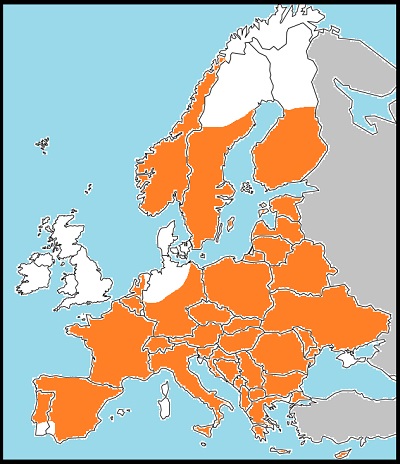 Common in much of Europe, this is a butterfly of grassy, rocky places, often in woodland. In Switzerland it is a frequent sight along forest tracks on south-facing slopes, where large rocks heat up in the sun. It spends some time basking on the warm surfaces, then, when it gets too hot, moves under the shady projections out of the sun. It enjoys nectaring, particularly on dandelion-type flowers, where it will often pose for photos - but it is wary, and will fly readily on a careless approach.

Males are usually rather dark above, the sex brand obscured by the brown ground colour of the wings. Females are brighter, resembling walls but with fewer transverse lines on the forewing, leading to a more open effect. They are darker in the norther, however, especially in Scandinavia, and very bright in the Mediterranean region and Iberia - form adrasta. From the upperside, dark individuals might be confused with the slightly smaller northern wall. This latter is distinguished by a wavy transverse line across the hindwing. From the underside, large walls are similar to walls and northern walls but note that the hindwing ocelli on wall are single-ringed while those of large wall are double-ringed, and that northern walls have a darker grey costal region on the forewing - often quite clear in large wall.

The caterpillars feed on various common grasses and it is this stage that hibernates. The adults fly in one or two generations, depending on latitude and altitude, from April or May to September (June to late August where single-brooded).