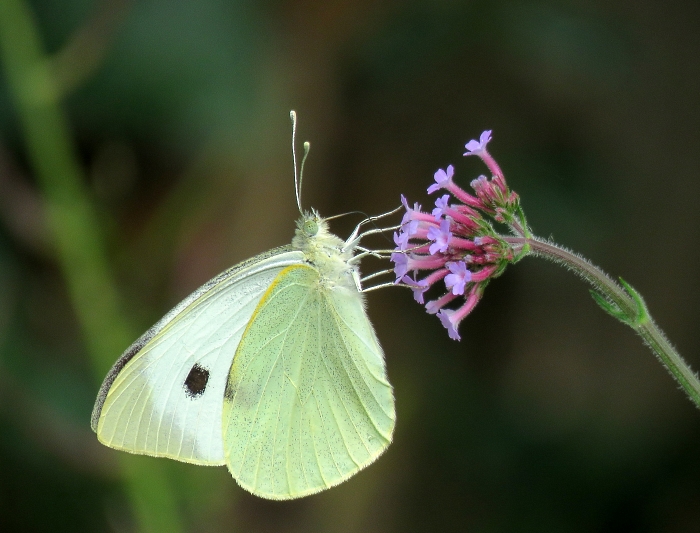 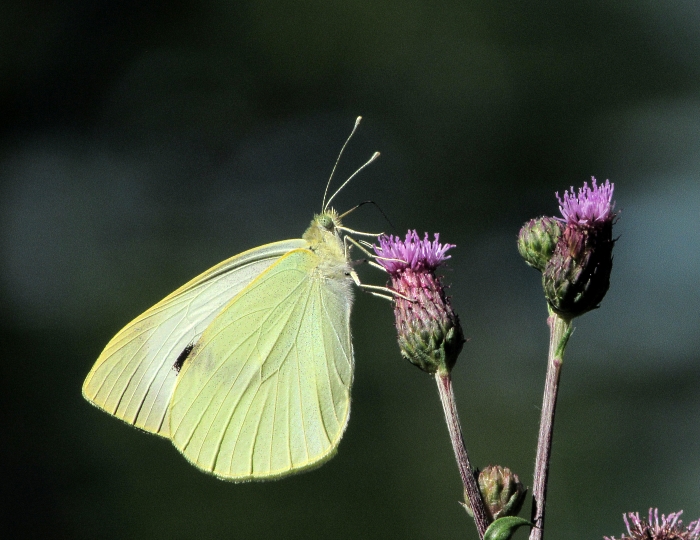 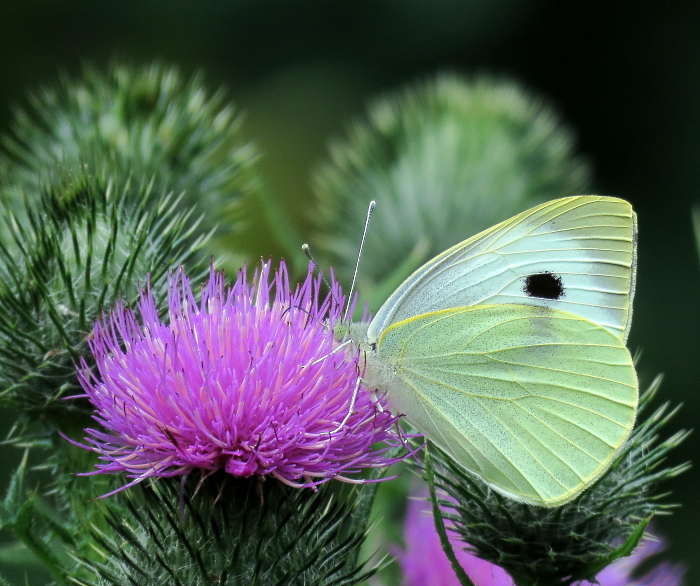 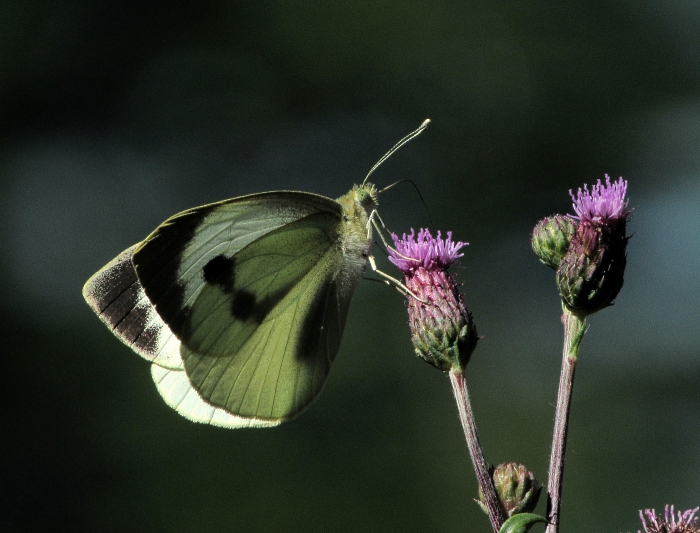 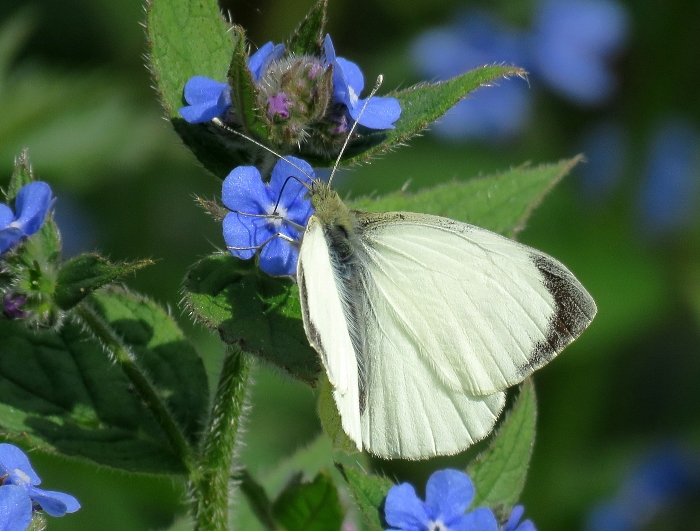 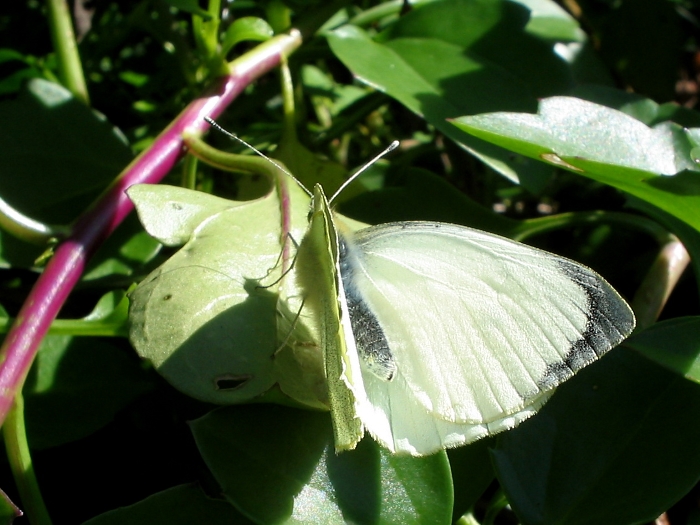 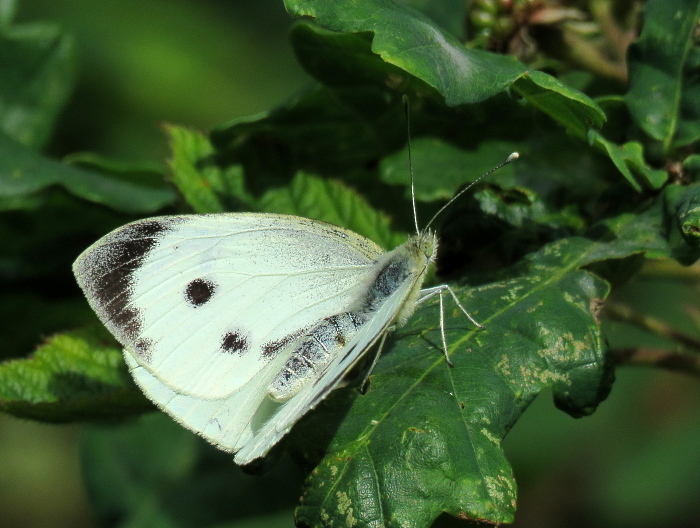 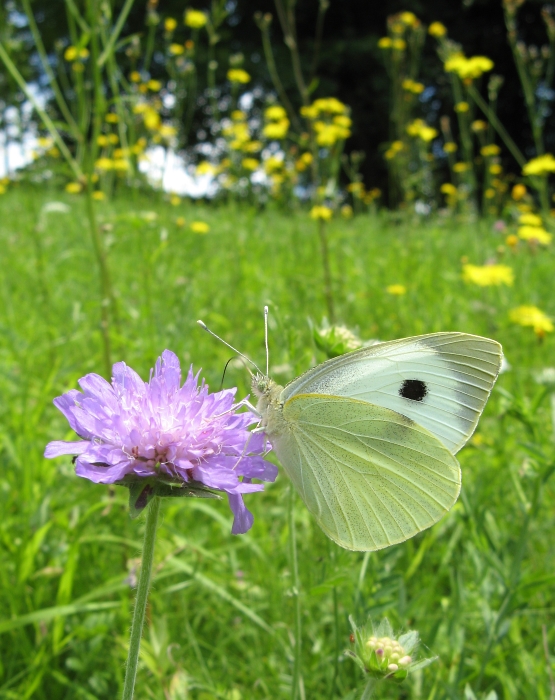 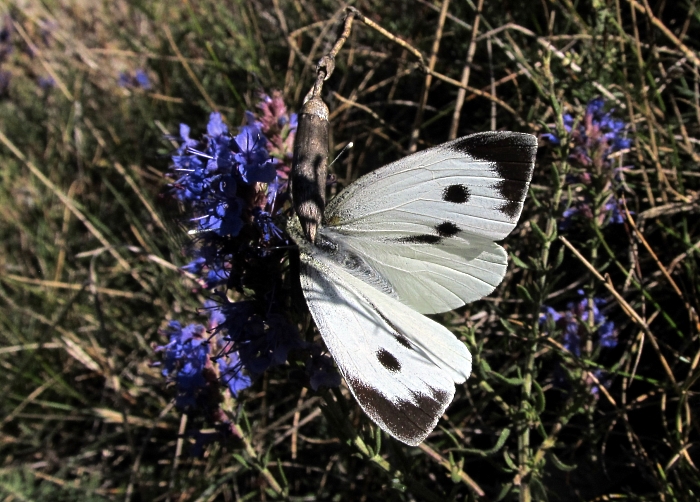 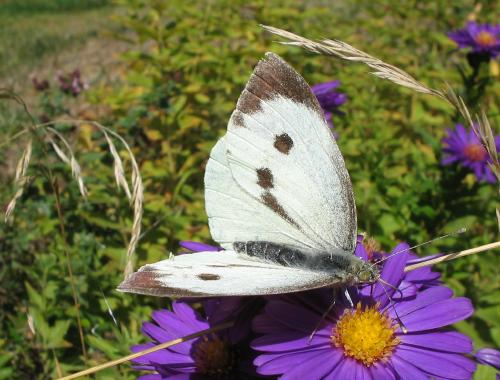 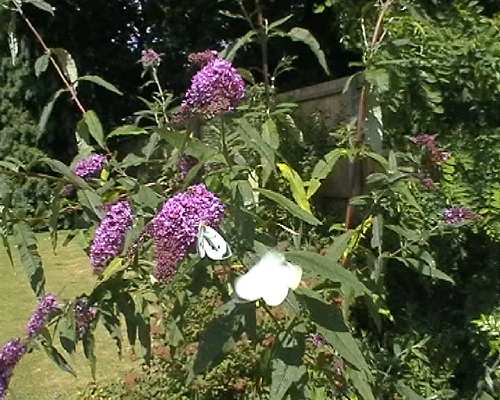 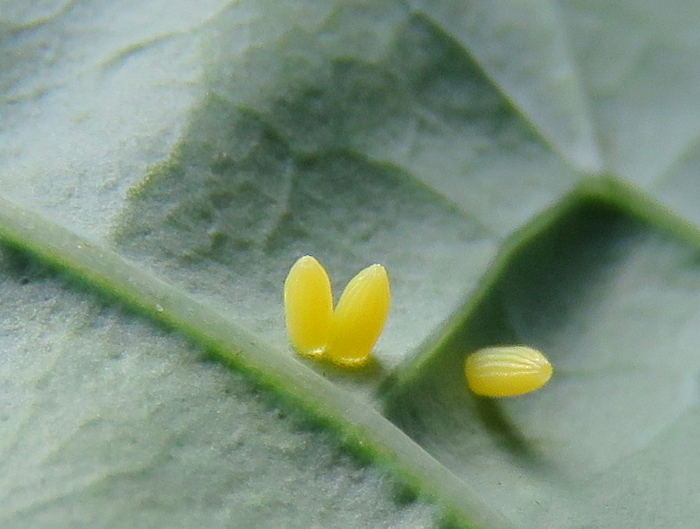 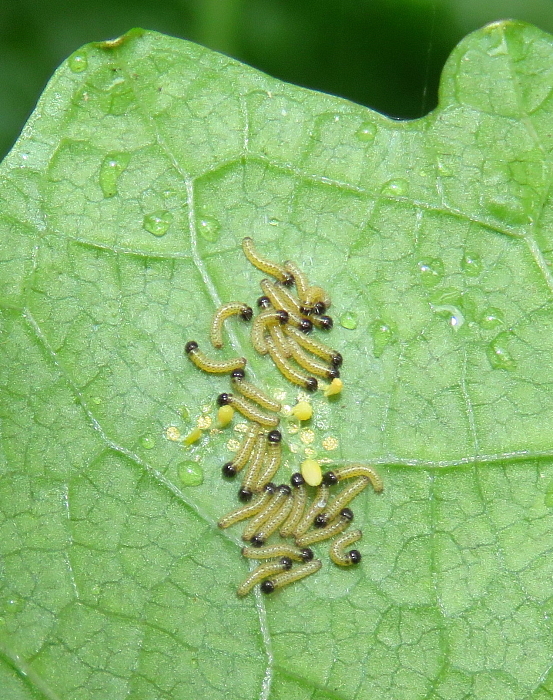 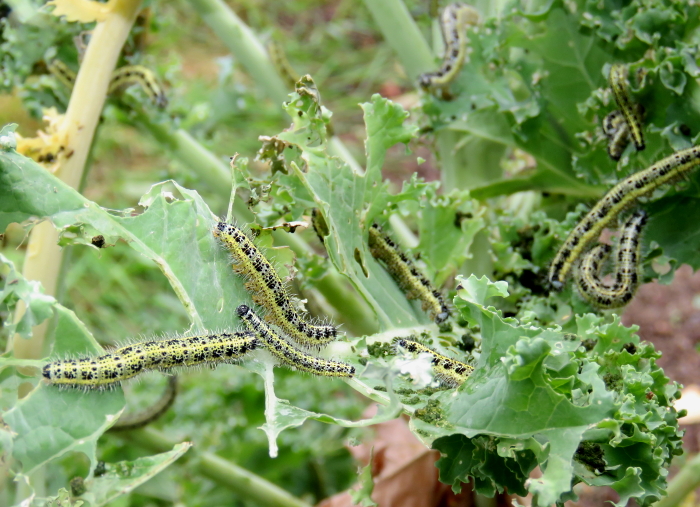 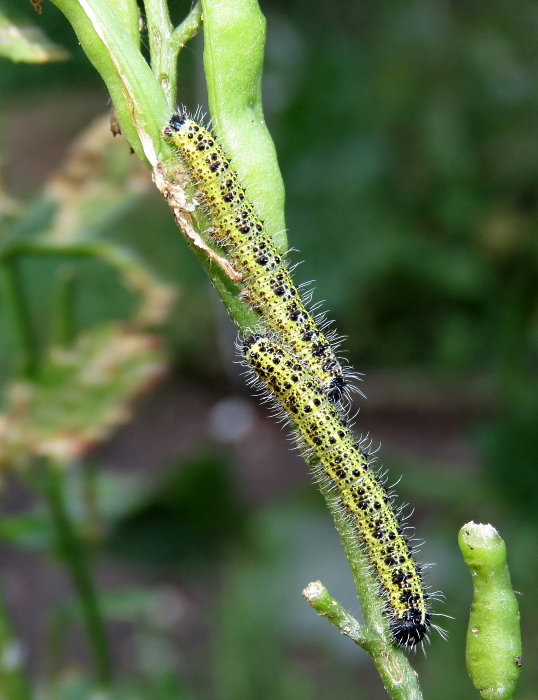 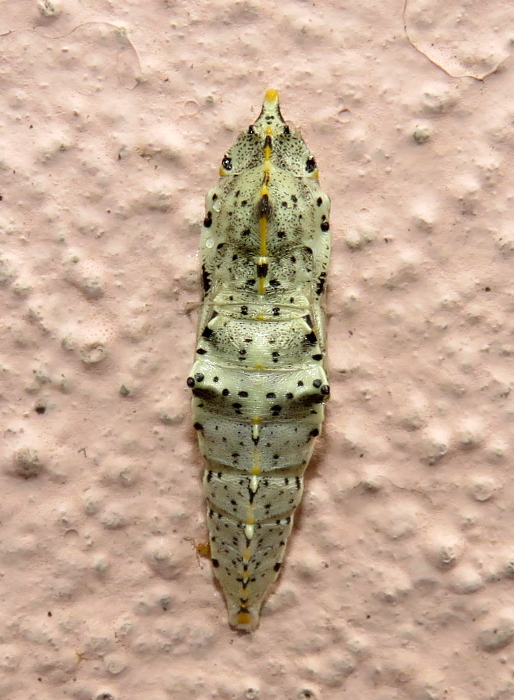 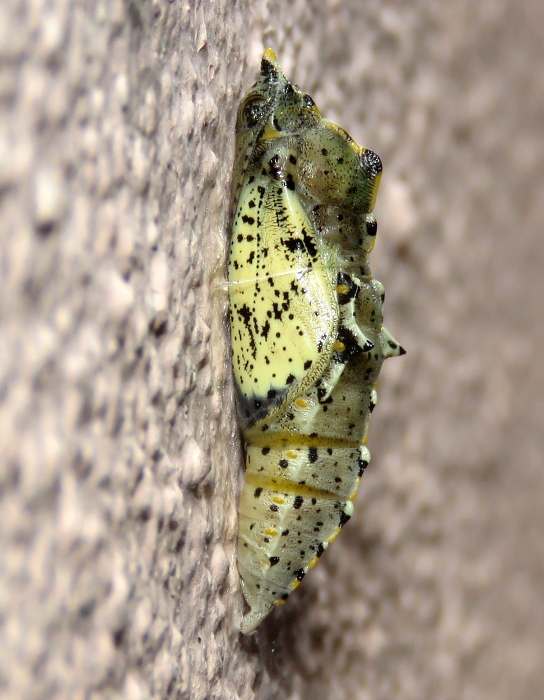 The same pupa coloured up, September 2021 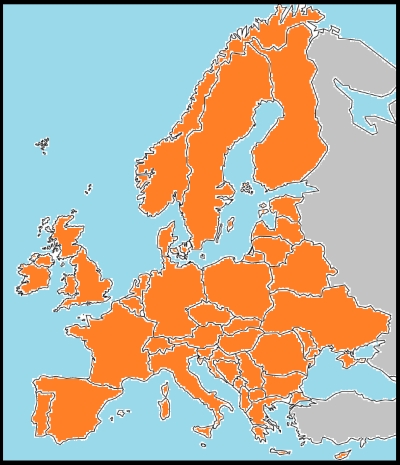 This is the familiar 'cabbage white', known to all gardeners as a pest of cabbages and related plants - though to my mind a very welcome pest. It is an opportunistic breeder and strong migrant, resident throughout most of Europe but in the North found in much greater numbers in late summer after the population has been swelled by continued immigration and breeding. In fact, after cold winters it may be rather scarce in spring at higher latitudes, before the newcomers arrive.


Despite its notoriety, the large white is a strikingly attractive butterfly. It is noticeably larger than its nearest cousins, the green-veined, small, southern small and mountain small whites and also has noticeably more pointed wings. The black apical mark extends further down the outer margin of the forewing than along the costa, allowing easy separation from the equally common (or commoner) small white. The male has a clear forewing upperside apart from the apical black but the female has two heavy black spots and a strip along the trailing edge. From the underside the sexes are very similar, both showing a strong, black discal spot.

Like its relatives, the large white hibernates as a pupa, often on posts or walls of houses. The female lays eggs in large batches on crucifers and nasturtiums, where they hatch into sometimes prolific green and black caterpillars. For some reason, I have no pictures of the early stages, nor many good pictures of the adults. This is something to be corrected in future years!